It’s another hot summer’s day in Rome and you want to escape the heat, relax, and experience some of the city’s antiquities.  Where do you go? Underground to the catacombs. There are many to visit that date back from between the 4th  ? 1st centuries A.D. along via Appia 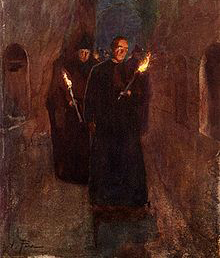 Since burial inside Rome’s walls was forbidden during these early times, the richer and more fashionably pagan Romans were buried along the Appian Way heading out of Rome. And here the Christians, due to persecution, were forced to be buried and hold their religious ceremonies in a series of secret maze-like tunnels beneath the tombs of their persecutors.

Tourists are only allowed to visit a small fraction of the approximately 300 kilometers of catacombs that stretch beneath the suburbs of Rome. But year round, the temperature of these burial sites remains at a constant 55?f (13?c). So, they are the ideal place to escape the strangling hold of Rome’s un-air-conditioned  heat. 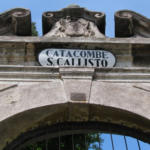 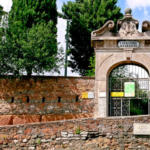 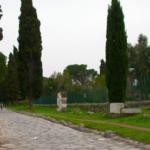 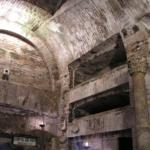 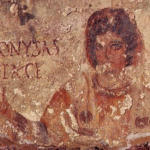 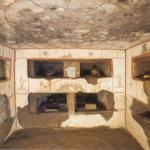 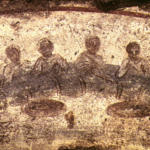 Among the largest and most important of Rome there is the San Callisto (Catacombs of St. Callixtus: Via Appia Antica, 110/126, 00179 Roma | Tel: +39.065130151) ), contains almost 22 kilometers of underground mazes. It once held over 500,000 Christians, 16 Popes, and St. Cecilia on four levels. San Callisto offers the best overall history of the catacombs. There are unscheduled tours throughout the day in several languages. Just buy your ticket (?5) and listen for a group of people who speak your language and stand with them until a tour guide comes along. 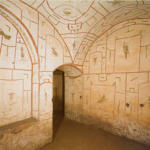 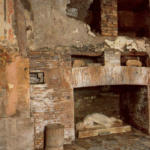 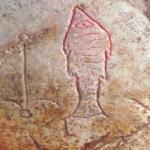 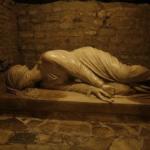 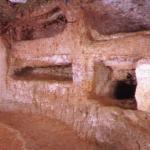 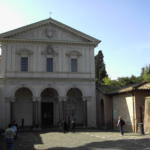 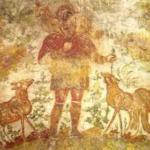 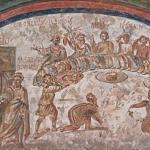 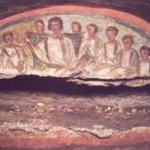 The catacombs of Santa Domitilla (v. d. Sette Chiese, 430; not far from the other two burial sites) houses an intact portrait of Christ and his Apostles from the 3rd century. Catacomb of Domitilla is one of the largest cemeteries in the underground Rome. 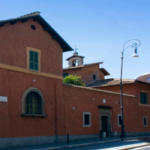 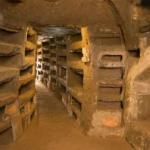 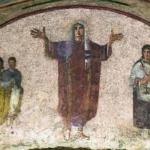 Most of these catacombs can be found by taking bus 218 from San Giovanni. Get off at the third, or so stop, at a fork in the road where there is a large sign fastened to a salmon-colored building that reads, “Catacombe S. Callisto, a 900 m.” It’s nice to walk this 900 meters, through fields of flowers and ruins, to the catacombs.

Quote: The catacombs are an ideal place to escape the strangling hold of Rome’s
un-air-conditioned  heat. 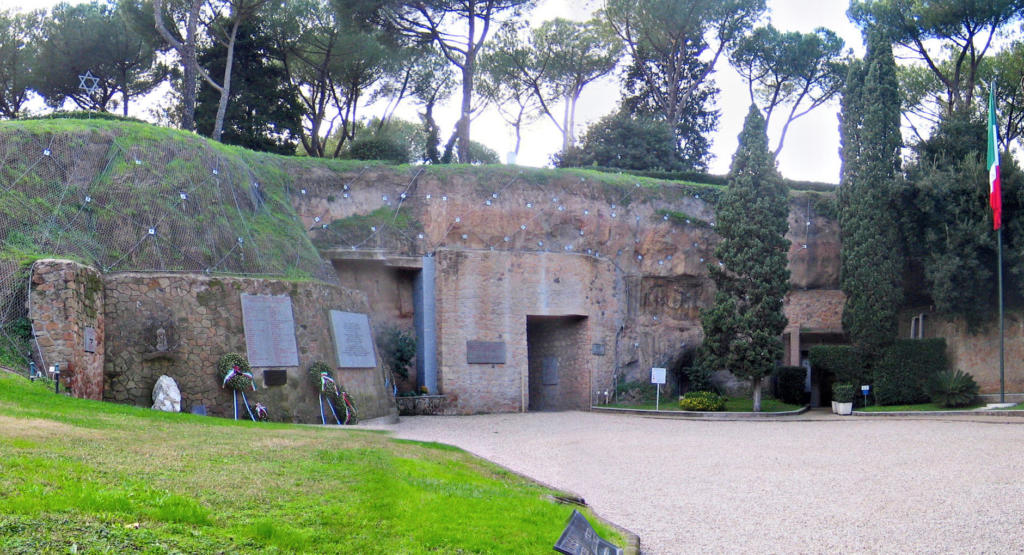 Formerly a quarry, Fosse Ardeatine is now a memorial to 335 Italians shot by the Nazis. In 1944, the Italian Resistance had exploded a bomb, killing 35 Nazis, and as a reprisal 10 Italians were murdered for every Nazi that died.

The bodies are now housed here in an underground mausoleum. On each tomb you can see a photograph of the person shot, along with his name, age, and occupation. Beyond this, it is possible to walk through the caverns, where they were shot, and see holes in the sides of the rock made by the bullets.

Up the hill is a museum with paintings dedicated to those who had died, newspaper articles, and photographs depicting the incident.

OTHER CATACOMBS IN ROME AND LATIUM 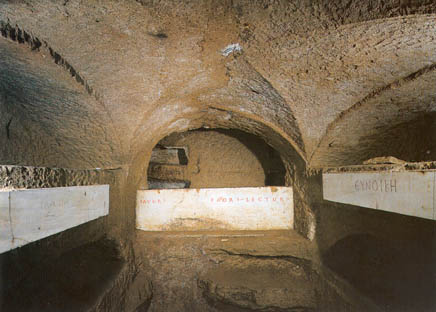 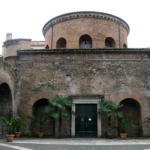 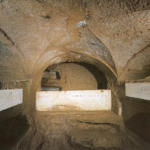 The young Roman martyr Agnes was buried in this catacomb, died violently in just 12 years. The cult of Agnes began soon after his martyrdom, his tomb was even then visited by Romans and foreign pilgrims.
On the tomb of Agnes, in the catacomb, Pope Honorius I (625-638) commissioned, replacing an earlier building of the time of Pope Symmachus (498-514), the current basilica, basement, with narthex, nave and two aisles and women’s gallery. The apse is decorated with a beautiful mosaic representing Agnes between Popes Honorius and Symmachus. The catacomb is rather badly preserved as it has been continuously busy over the centuries.

Catacombs of Latium open to the public 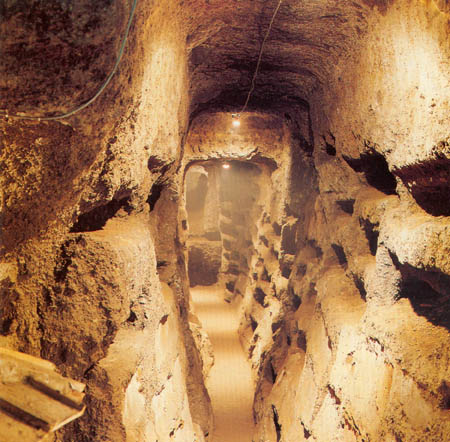 The catacomb dates back to IV-V century, annexed to the medieval basilica of the martyr, with frescoes, epigraphs (painted and marble) and antique collection of objects from the nineteenth century excavations of the monument.

Catacomb of the fourth century, adjacent to the martyr’s basilica, with pictorial remains and funeral objects; remarkable the presence of a niched tomb with frescoes depicting the Apostles Peter and Paul.

Catacomb of the fourth and fifth centuries, next to the eighteenth-century church dedicated to Sts. Ptolemy and the Roman Empire, which tradition says was buried in the cemetery underground; The monument preserves painted inscriptions and graffiti, late antique and medieval frescoes; the great architectural plan of the catacomb characterized by extremely wide, imposing galleries. 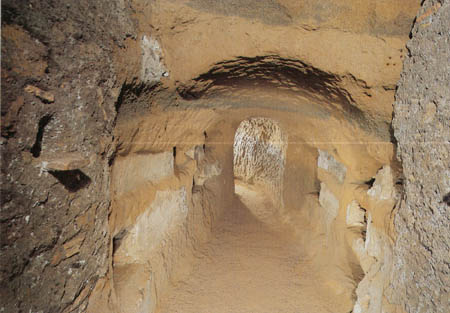 Catacomb of the fourth and fifth centuries, greatly extended, with many graffiti inscriptions on the tomb closings; It is located in the modern cemetery of Rignano, at km 39 of the Via Flaminia; it is accessed from the eighteenth century cathedral dedicated to St. Theodora and the martyrs of the catacomb (Abbondio, Abbondanzio, Marciano and John).

Catacomb of the fourth century, next to the Romanesque church dedicated to the martyr; the cemetery was housed in existing hydraulic and sandstone cavities, carved into the limestone; The catacomb is especially important for the particular funeral architecture, characterized by niches in masonry and series of tombs built one above the other on several parallel planes.

Catacomb of the end of the III-V century, which continued to be visited until the Middle Ages as the eponymous martyr sanctuary. Located at the Convent. Carmelites of Santa Maria della Stella, on the ancient Via Appia, the monument preserves an important series of early Christian and medieval frescoes. The “historical crypt”, the center of the cult of the martyr Senator, has a remarkable monumental impact, as well as the rest of the cemetery entirely housed in the rooms of an old sandstone quarry, which, in the first half of the third century, had housed an underground funerary pay.

The catacomb located on the Via Anagnina, at km 16, at Villa Senni (Grottaferrata), dates back to the late third century and was in operation until the early decades of the fifth; It is fairly extensive and particularly important for the almost intact conservation status of some of its sectors, as well as for the many frescoes and funeral inscriptions that you keep. 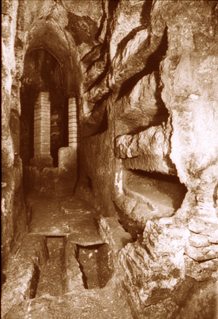 The catacomb is located in a rural town (called “Hilary”), located at XXX mile of the ancient Via Latina, not far from the current centers of Colleferro and Valmontone. The cemetery consists of a number of galleries and cubicles that returned epigraphic and ceramic materials (today Municipal Antiquarium of Colleferro); in front of the catacomb it covers an important outdoor air cemetery, bordered by a fence, which houses many masonry tombs or excavated in the rock (IV-VI century); of funerary area was built at the end of the eighth century, a small church (that, in fact, St. Hilary), which is one of the best preserved examples of early medieval religious buildings of Lazio.