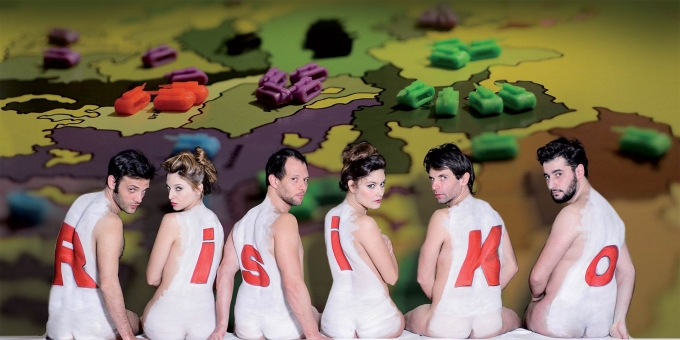 Are you ready to ‘take the field’? Then run the Teatro della Cometa !!! review by Enrico Ragna

If you can pass the exam “RisiKo! This strong desire for power. “Then will open for you the doors of success. This brilliant comedy written by Francesco Apolloni more than 25 years ago, is now a staggering topical. In a 5-star hotel a group of young ‘privileged’ throws strategies for the conquest of power. It is a succession of phone calls, meetings and decisions in a fast-paced event paves the way for subterfuge and cynical machinations. 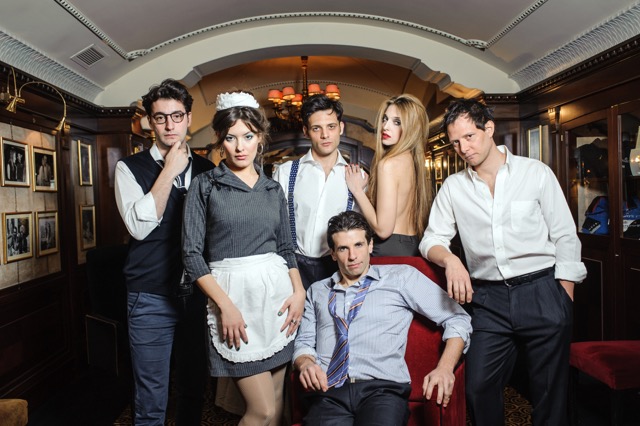 In a growing development of intrigue and amoral behavior, moving from blackmail to cronyism with the sole objective to also add that last helpful to the cause. They rediscover all against all, as they try to end a never-ending game of RisiKo.

This is the game of life. With a final tragic twist. It is a war of conquest !!! The winner is the fiercest. Addictive and exciting performance of the protagonists brought first-hand by the excellent direction of Vanessa Gasbarri.

In programming the ‘Teatro della Cometa’ until 9 April 2017, await you 100 minutes of a witty and fun ‘flash back’. 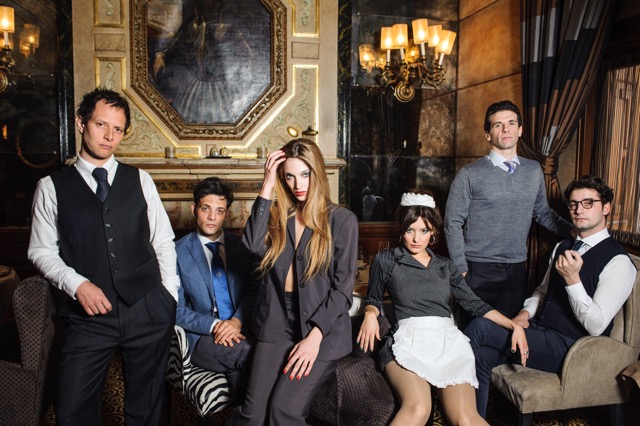 with (in alphabetical order) 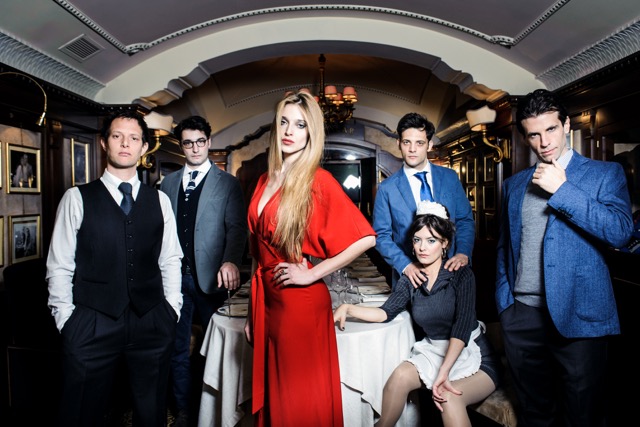 It was 1992 when Francesco Apolloni proposed to TodiFestival the show RISIKO – Quell ‘irrepressible desire for power. It was a huge success, applauded in all the theaters who saw him on stage, including the theater of the comet. The show became a cult. A distance of 25 years back on stage from March 22 to 9 April right at the Theater of Comet. A theme always very topical: the collapse of the old political class and the birth of the new. Director of this new production is Vanessa Gasbarri. Starring (in alphabetical order) Andrea Bizzarri, Tommaso Cardarelli, Guenda Goria, Antonio Monsellato, Luigi Pisani, Giulia Rupi.

Very First 90s. In a luxury hotel, a town in the Italian province, four young ‘yuppies’ of politics, Alex (the charismatic Luigi Pisani), Simone (the charming Antonio Monsellato), Arturo (the hilarious Andrea Bizzarri), Claudia (l’ alters Guenda Goria), meet on the occasion of their party conference (which does not really matter) for the election of the new young secretary.

To further enliven the night before the election to the quartet join the Star waitress (the enterprising Giulia Rupi) and childhood friend Giulio (the chameleon Tommaso Cardarelli). The common denominator of the six young people the desire for power that does not seem to be for them nothing more or different of the ‘Risk’ status symbol of the phone or the board, where he conquers the world pulling dice.

Sex, drugs, politics, the very life of others … everything is game for those children who are training to become the masters of tomorrow and the comic aspects of which comedy is rich only serve to make it more appealing.

The play written by a pungent Francesco Apolloni 25 years ago is now prescient and still very current. Attentive to detail and sarcastic as in the best tradition of Italian comedy is directed by Vanessa Gasbarri, which makes of the play a ‘classic’ of contemporary theater. The music is composed for the occasion, by Jonis Bascir. 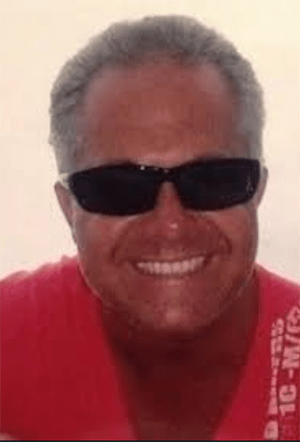