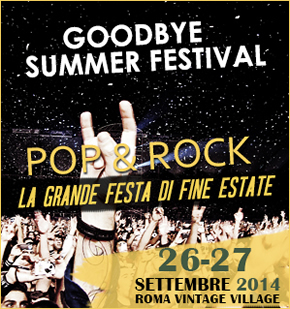 In Rome, Friday 26 – Saturday, September 27, 2014 at the park of the former airport centocelle casilina 712 (Spring Avenue) is open every day from June to September with free admission and ample parking you will have a two-day music event for a fee.

The longest music marathon for the closing party of the Roman 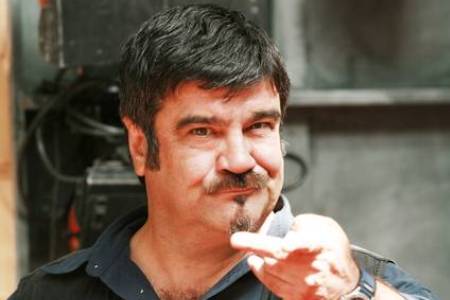 100 artists and 18 bands for over 20 hours of programming live music!

These are the numbers of the magnificent musical marathon that will take place on 26 and 27 September 2014 in the Park of the former airport Centocelle, as part of the historic event ROMA VINTAGE VILLAGE.

The 80,000 square meters of land used to host the event in fact – in the area used for concerts and a spectacular stage – THE GOODBYE SUMMER FESTIVAL, a relay race with strokes of music that will start both days at 16.30 to end at 24.

The event, which will perform many protagonists of the Italian pop-rock, among which we point out in their unique Roman stage, the whole performance of Enrico Ruggeri, Marco Masini and Edward Jackson, and performance in a national premiere which will play together in the best Italian rock guitarists.

Goodbye Summer Festival, a veritable feast of late summer, will be an opportunity to polarize, at regional and national level, a multigenerational audience of fans, as well as an opportunity to raise awareness of the many talented musicians. The entrance to the 2 days is 35 Euro (single ticket).

Outside the event is also available on the Global Village set up by Roma Vintage Village, which already keeps track of weekly attendance of about 30,000 people and has several exhibition areas, shops, restaurants, bars, play areas and relaxation points.

The event will be conducted for two days by actor Francesco Pannofino, and see spectacular fireworks at the closing event.

The Roma Vintage Village covers an area of ​​about 80,000 square meters inside the park of the former airport Centocelle and consists of two main areas parts: the Village area and an area–concert events.

The facilities have been specially designed to workmanlike and in accordance with the urban, landscape and environment; consist of modules called “clover” elements in the wooden structure linked together to form a Y.

A portal of entry defines the access to the area that initially hosts the structures to the institutions (departments, neighborhood committees, Municipio Roma V). . Along the central path, which distributes the different spaces within the Village in a simple and orderly winding exhibition areas, shops, restaurants, bars and facilities at the Airport One of Vila Brasil and film Night Eagle interspersed with play areas and relax

Clorophilla is the central area of the village, surrounded by eateries and designed to accommodate concerts, live music, exhibitions, book presentations with invitations to reading, theater, folklore events and meetings of various kinds.