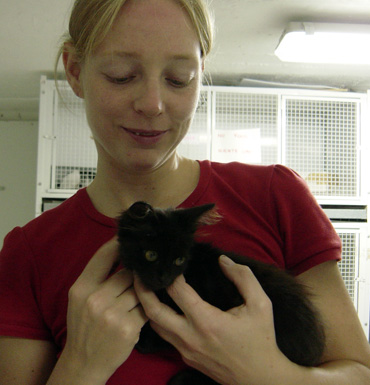 Rome is ruled by cats, and in some instances they have more rights than people. Good for them. They deserve it. If you are lucky enough to have a kitten born on your doorstep, by law it has the right to live on your property. You don’t necessarily have to care for it, but if it wants to watch Big Brother, or some other quite inane television program, let it. Life will be easier. 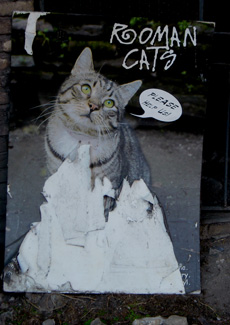 Where did all these cats come from? Egypt. When the ancient Egyptian empire fell, the felines boarded sailing vessels and scattered themselves around the world. Lucky for Rome, some of them ended up here to help maintain the rat problem, which was good during the 1300’s when the bubonic plague arrived in Italy. Unfortunately, the Roman Catholic Church considered cats to be witches and began hunting them down. Soon the rat population exceeded that of the cats and the plague engulfed the entire country.  But the cats are back and here to stay, however they don’t do too much about the rat population, since the rats have had seven centuries to grow quite large and menacing.

On the grounds of the last census taken by Comune di Roma’s Animals Rights Office (Ufficio dei diritti degli animali) 300,000 stray and abandoned cats live in Rome. They’ve chosen sites like Piramide Cestia, Verano cemetery, hospitals, and religious institutes for natural habitats. Since these habitats are places where street cats receive food, shelter, and protection, many of them live amongst the ancient ruins of Rome. So, if you go for a walk in the center of the city you can easily see cats sitting on stumps of old Roman columns, chasing buses, napping on the foot of an emperor’s statue, or hanging by their claws from an apartment window.

In the Coliseum area alone there are about 200 cats, but the real Roman cat sanctuary is Torre Argentina. It is one of the older temples in Rome (400-300 B.C.) and the historic site where Julius Ceasar was stabbed by his rival Brutus in 44 B.C.  Since then, 250-300 stray cats have found shelter here from chaos and traffic. They are fed, spayed, pet and given medicine by an international group of volunteers, who raise funds by organizing raffles, dinners, flea market sales, as well as receiving private donations from tourists who, sometimes, seem more interested in the cats than the ruins.  Anyone can volunteer their services at Torre Argentina by feeding and grooming the cats, or even better, by cleaning out their litter boxes. 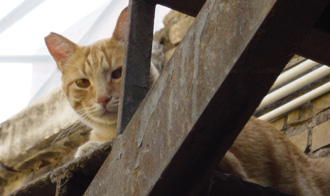 Generally, old ladies, called gattare, take care of these abandoned felines. They feed the cats every day by themselves and with their own money. They can be seen in the mornings and evenings pushing around a cart with bowls of food for Rome’s cats.  Even restaurants sometimes place plates of pasta, on linen-clothed tables with a nice lit candle and bottle of chianti, in Rome’s alleys for the cats to line up and feast. Reservations aren’t accepted, but
the cats have it made.

Since spaying and neutering are important priorities, the public veterinary service provides for free sterilization of cats who belong to these feline settlements. Moreover, Rome?s municipality, according to an Italian national law of 1991, bans the killing of stray cats and dogs, and protects the cats by giving them a “biocultural patrimony” label.

For understanding how much these cats belong to Italian culture we must be aware of an initiative from the United States: FORC ” Friends of Roman Cats ” a non-profit organization that presents a 15-day (October, 2004) educational tour of Italy by visiting the most interesting historic and cat sites.

by Simona Nicolosi and Christian Horlick