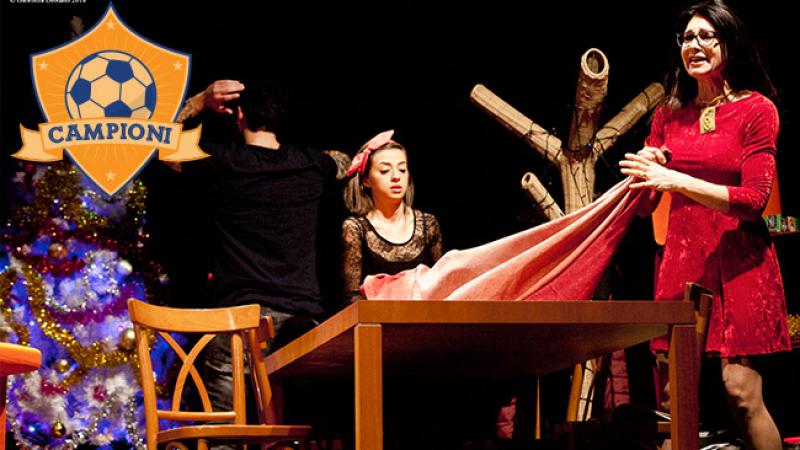 The oddities that have become models to be followed are all and the generational models are all considered and ironically placed under the spotlight of modern society without discounts and exceptions. The fragility, the appearance, the selfish search for easy success appears as a level and who perhaps comes out better is precisely who hypocritical morality does not hesitate to put on social media using them as that square where all the same sinners threw the first stone .

Ironic and fun but also bitter as all the truths of the photographs of the time you live.

A former comedian father owner of a private club, a mother cashier of Ikea and two sons: an online blogger and a Serie A footballer. A weird family that seems happy in TV broadcasts, but is it so in reality? Soon frictions and fractures will emerge, especially between husband and wife. The couple will be forced to make a decision that, unlike what one would expect, will eventually make everyone happy.

At the Teatro de ‘Servi until January 6, 2019 with the special New Year’s toast.

* This translation is automatically generated