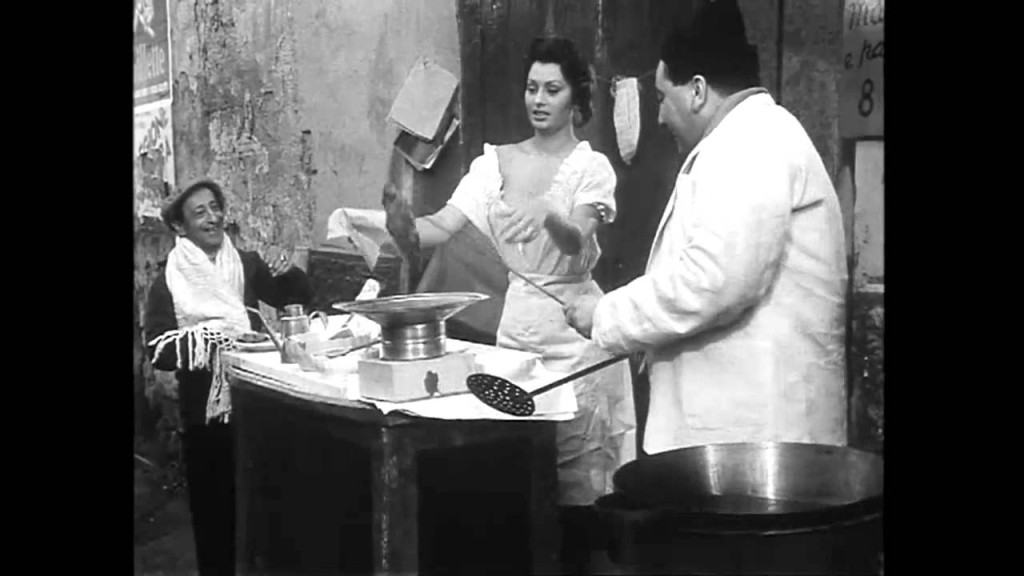 It was once considered a poor food, sometimes too often an unhealthy food, then the street food mania broke out, and, since then, eating on the way a tasty morsel of our best gastronomic tradition began making trend.

The fashion of street food is fairly recent but Italy in a few years has already earned a second place among the European countries where street food is most consumed. The main city in this trend is Milan, followed by Rome, Florence, Naples and Palermo. These results are shown by a recent survey of the Bicocca University of Milan, realized for Expo 2015.

From the point of view of eating habits a recent survey done on a sample of 700 consumers in eight cities shows that Italians love to eat street food on average 75 times a year and that the food is particularly appreciated by young people between 20 and 35 years.

Also in Rome, therefore, the street food is establishing itself more and more between the social and food rituals of the population (also thanks to the low cost) and does so by focusing on two key elements: tradition and innovation.

After the sandwiches with the pork consumed in the fraschette, the “fastfood” of the Roman tradition with cod fillets, zucchini flowers and rice balls, is now the time of the street food based on traditional recipes. 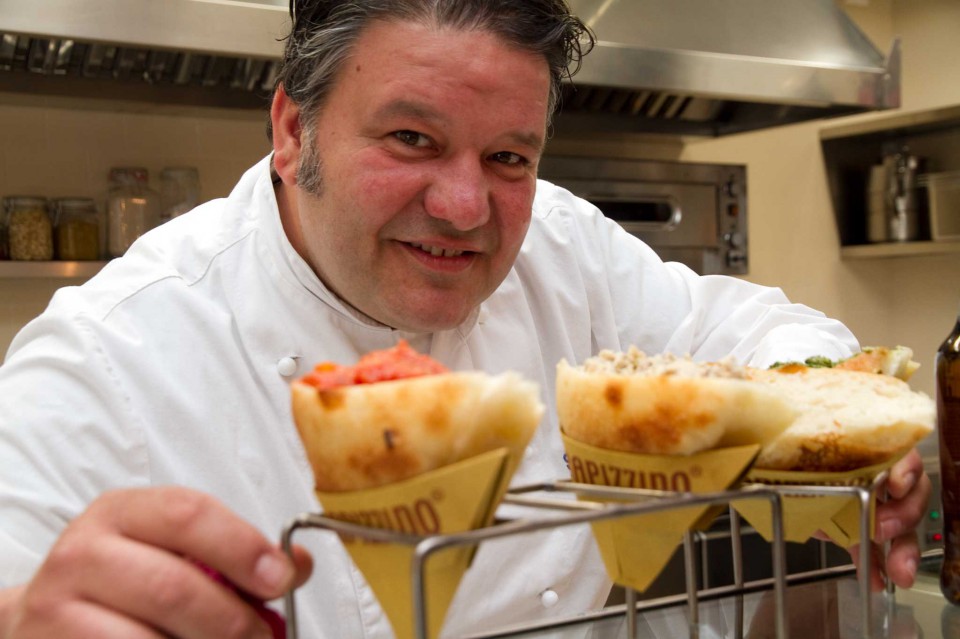 The first “invention” is the Trapizzino, a  little triangular “bag” stuffed with the great recipes of the popular Roman cuisine.

A simple and winnig idea the one by chef Stefano Callegari inventor of the formula that combines traditional cuisine and Roman street food . The success is amply demonstrated by the emergence of new locals worldwide . After the local at Ponte Milvio and Testaccio has been opened a new store in Rome, inside the Cinema Adriano, the movie teathre,  in Prati district and are about to open two new branches in Tokyo and New York . 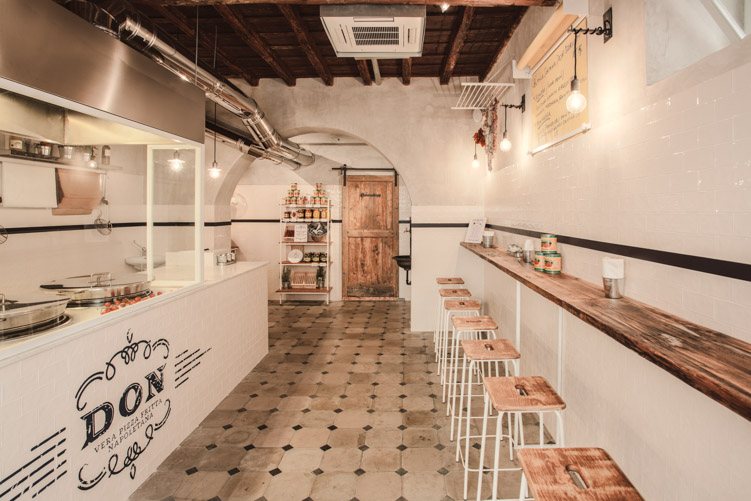 Always on the wave of the success of street food quality , it is recently born in the heart of Trastevere , DON , the Neapolitan answer to the Trapizzino. DON brings back and rediscovers the goodness of real Neapolitan fried pizza .

NOTE : As defined in Wikipedia , the fried pizza is a food typical of Campania , Lazio (the region Reatina until Amatrice) and Puglia. In the traditional Neapolitan pizza fried indicates the so-called fried calzone (the typical cottage cheese contains , provolone , cicoli or Neapolitan salami) , which obviously differs from fried pizzas of Lazio who have no filling.

This product, made famous, among others, by films such as “The Gold of Naples” with Sophia Loren, was born as a low cost  alternative of the most famous Neapolitan pizza. In lean times, when people preferred “pork scratching” – curls of pork – to the tomato and mozzarella cheese, fat-fried pizza became a protagonist of popular Neapolitan cuisine.
The dough, equal to that of the pizza, is fashioned in the shape of round or crescent moon and then stuffed and fried in hot oil.

The innovation and the added value of DON to this regional gastronomic tradition consists in bettering and making noble the preparation through the almost exclusive use of excellent raw materials, preferably in the Designation of Origin (PDO). 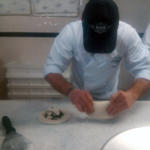 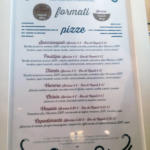 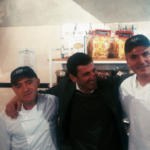 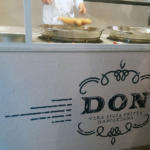 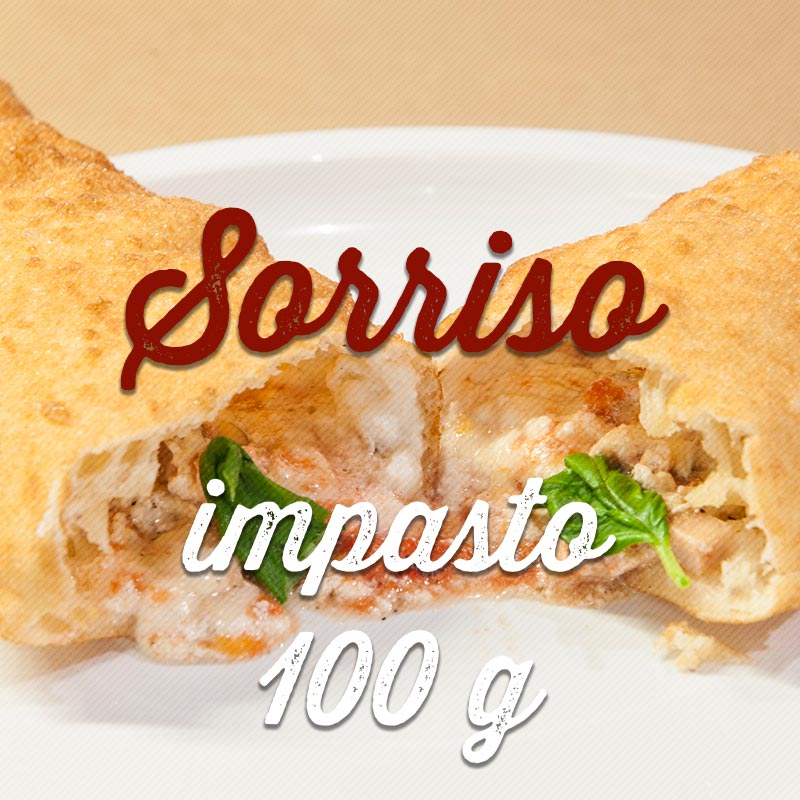 During frying, the fried pizzas swell, and so have a hollow inside, which is ideal fill with the stuffing. The fried is notoriously a way to cook considered “heavy ” and not valid from the nutritional point of view , but as the chefs explain “if the pizza is cooked to 160 degrees is digestible” and keeps the nutritional properties of food. 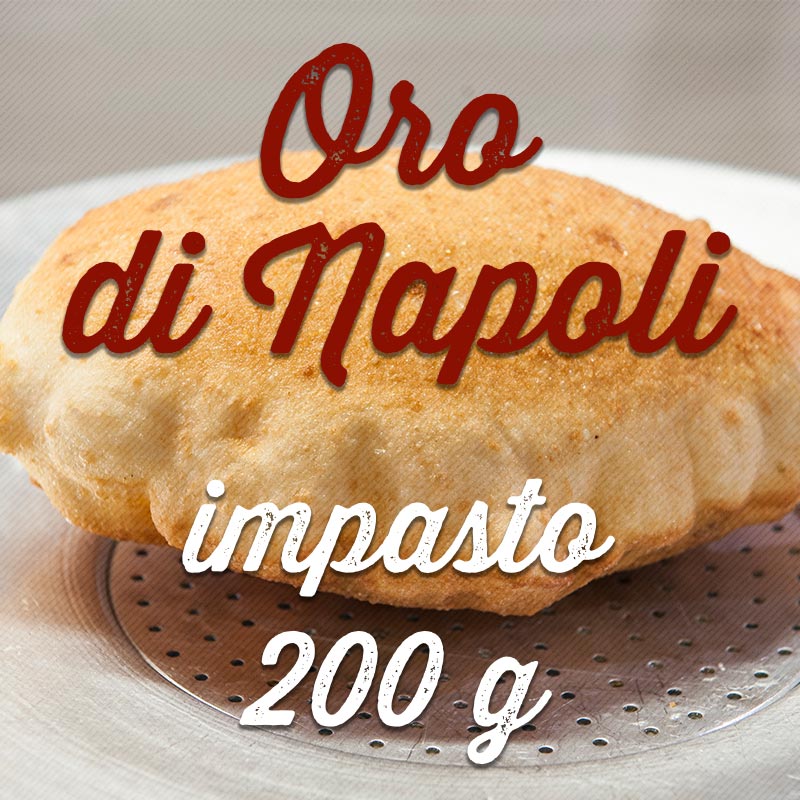 In this sort of challenge to the last bite between Roman and Neapolitan culinary tradition , a sure win is definitely the one of the pleasure of good eating .

On the one hand , the fillings of Trapizzino as octopus sauce , chicken cacciatore , sausage and broccoli , eggplant parmigiana , the oxtail and Boiled Picchiapò made ​​famous by the movie “C’eravamo tanto amati”.

On the other side, DON, with its pizzas whose names are associated to the most famous and popular areas of Naples thus strengthening the identity of this exquisitely Neapolitan unique specialties. This is how, among others, we have the “Spaccanapoli”, with sheep ricotta Romana DOP, cicoli pork, provolone, DOP San Marzano tomatoes, basil and pepper, the “Vesuvius,” with Pomodoro San Marzano DOP, Mozzarella of Bufala Campana DOP, basil and pepper, the “Chiaia”, with pork sausage, provolone and broccoli stir-fried, or the “Vomero” with sauteed escarole with black Gaeta olives, capers, raisins, pine nuts and provolone. 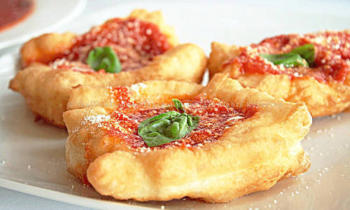 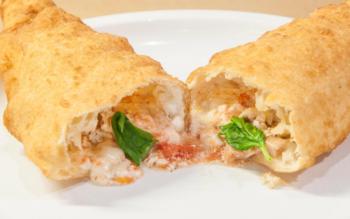 So the challenge in Rome fought with strokes of culinary traditions is open : the last word , as always, is up to the public ; but meanwhile gourmets of all ages and latitude are invited to eat and taste.

francescaliani.blogspot.it/
One comment to “STREET FOOD BUT WITH A PDO NAPLES SOUL”