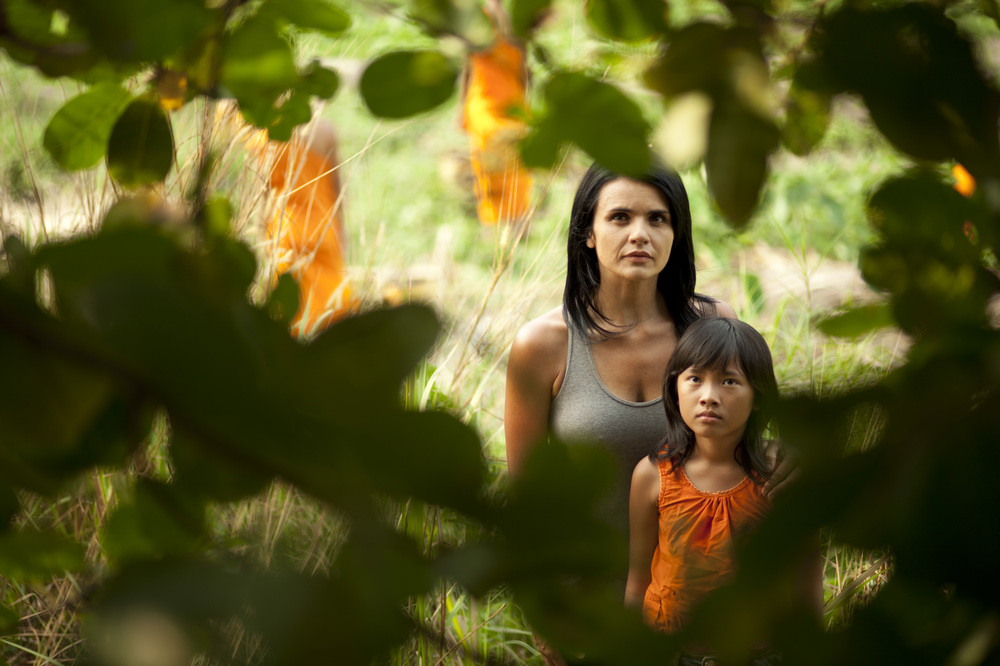 We meet Ilaria Borrelli, actress, director and producer of Talking to the Trees, a film that is an issue that we did not exist, namely child prostitution, involving children even toddlers, real sex slaves.

Ilaria Borrelli is an actress, director and producer of Talking to the Trees, a beautiful film that tells the story of a woman who decides to rescue three girls from child prostitution. The film, which has had numerous international awards, was screened at the European Parliament as a symbol in the world day against the sexual exploitation of children, and has won numerous awards including the Best Film Awards in Los Angeles. And ‘it distributed in Italy by Stemo Production of which meet the administrator Claudio Bucci. 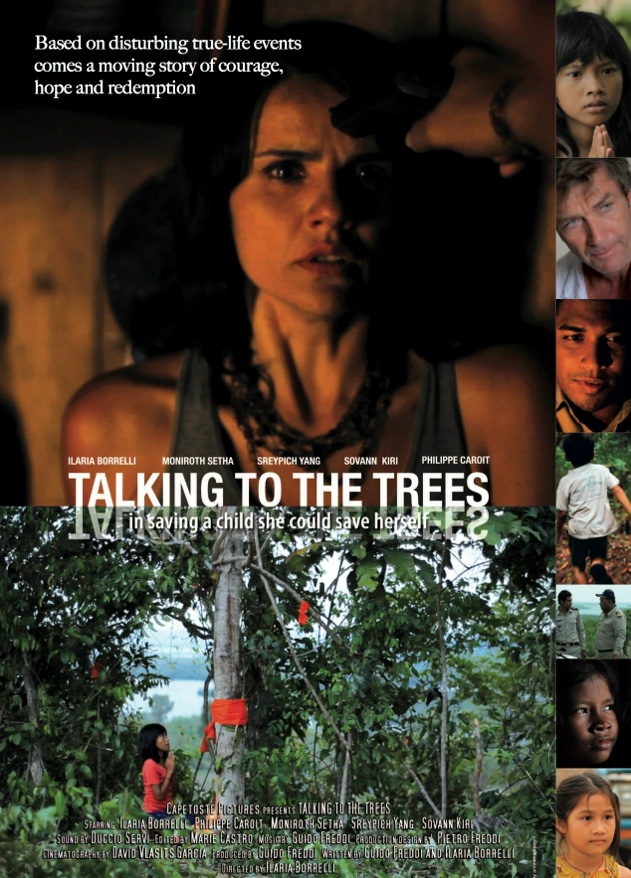 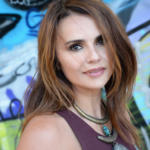 Ilaria, Talking to the Trees is a movie you really wanted, you believe firmly. Why?

Because I find it outrageous that in the world there are 40 million children in this condition, and do not talk about it! In the eyes of any child suffering, I see my children’s eyes.

In the film, child prostitution is represented as a true and proper slavery. This is a protest film, or does prevail the aspect of feelings and storytelling?

For me, cinema is not only an art form, but also a tool to denounce something that makes me very sad and on which I wish there was more awareness. For me it is very important to tell their emotions, because I want to reach everyone, and the emotions we are all equal. 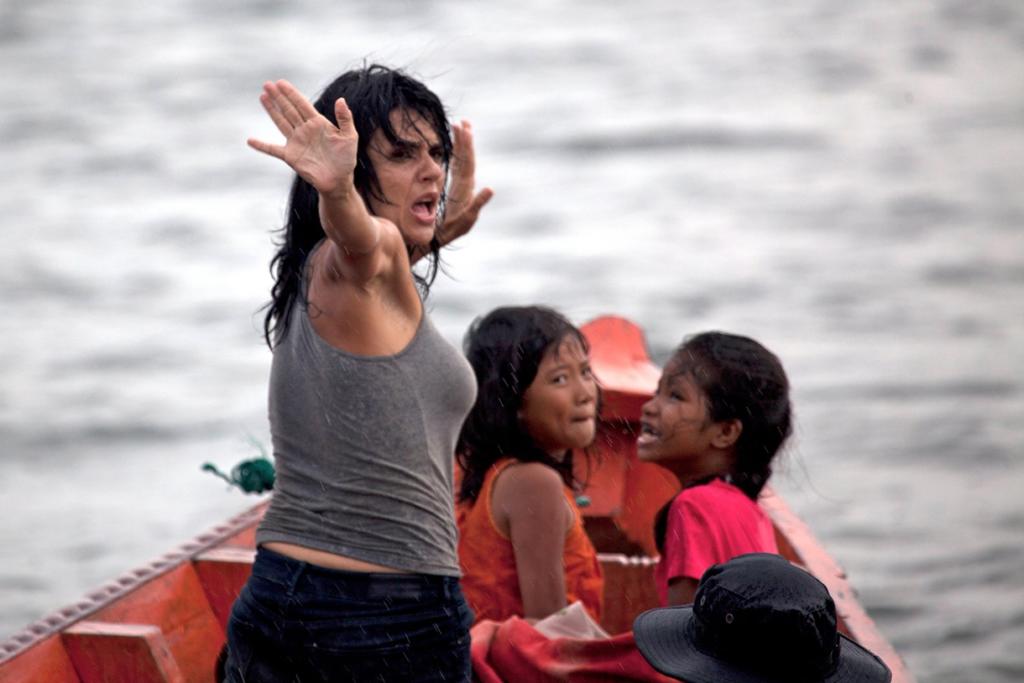 The star, who wrote to a child not yet conceived and will never born, decides in an instant to save the little girl she meets on his journey to Cambodia. Why?

Motherhood is not just a biological fact, but you take care of others and especially of the children who need them. I really like Buddhism, which says that everyone chooses their parents. It ‘a more detached form but also deeper maternity: Mia, the protagonist, the beginning wants this biological child, but a child is not a boss or a beautiful object to add to the my bourgeois life, when he discovers the reality of child prostitutes, realizes that much can be done even without procreate biologically.

As it was to be simultaneously director and actress?

It was very handy! At first I was afraid, but after the first few days the situation has raised me because it would be a huge practical problem having a famous actress in the circumstances in which we filmed. To make the film, we shot in the jungle, with the leeches, and slept in the barracks! Who could resist? I idealize a time when the cinema will be more and more personal, because if you’re lucky enough to interpret what is written, it probably is interpreted in a much more intense, because there is a huge need to express that message. 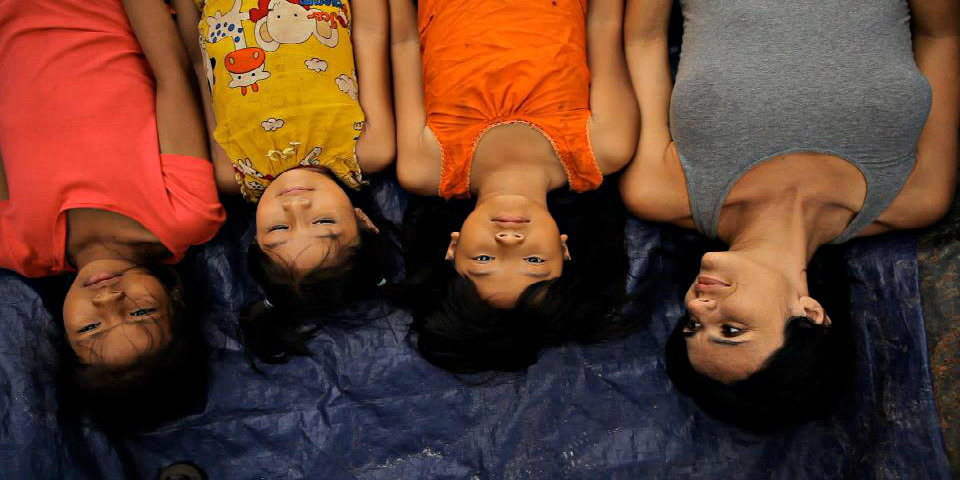 How was the relationship with the girls in the film?

First of all it was very difficult to make a casting, because it is difficult to say to the families making impersonate their daughters prostitutes. Thanks to the guidelines of the schools, however, we were able to find these 3 girls and with them on the set has established a great relationship. The atmosphere was almost familiar. Then, because after is has been working in a movie, it feels abandoned qquasi, I chose to stay in touch with them and to open bank accounts for them to study up to 18 years

In the film, the beauty of nature has a predominant aspect. You have chosen Cambodia for this reason?

Yes, I chose Cambodia to nature, beautiful and virtually untouched. For me it is very important to represent in Contrast to the film between the purity of nature and the human horror. But unfortunately the history of child prostitutes could settle anywhere in the world. 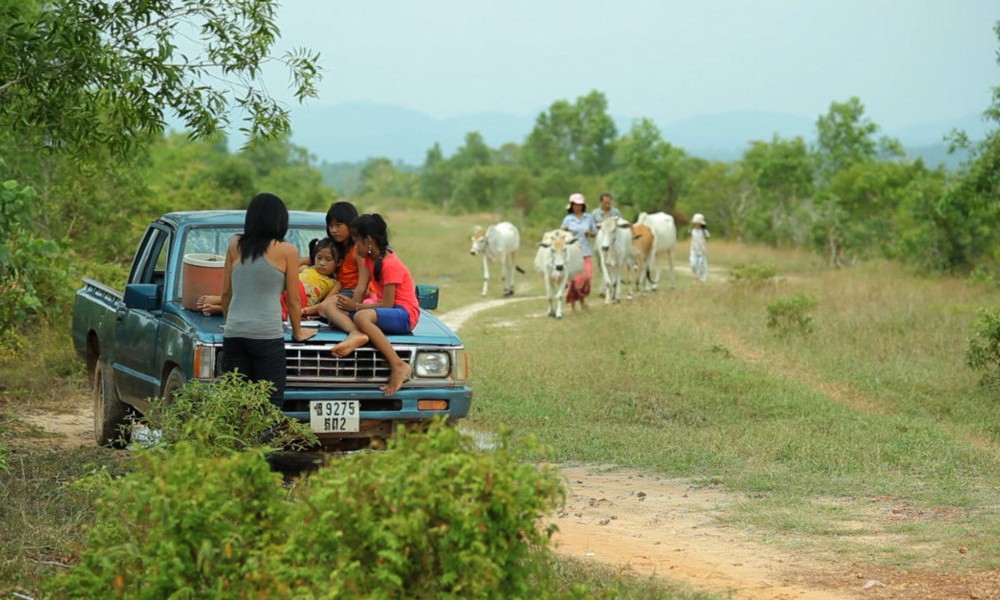 This film is the first in a series of films that will treat unsettling themes, always related to the world of childhood. Can you talk?

The next film is the story of a girl who runs away from a forced marriage, pregnant. There is little that these brides girls, because of their too young age, have a high mortality rate for childbirth. There is talk of 5 million child brides and 70,000 children died in childbirth every year.

Then there will be another movie with a girl who runs away from the war, and it will be linked to the problems that children without families meet in these desperate cases.