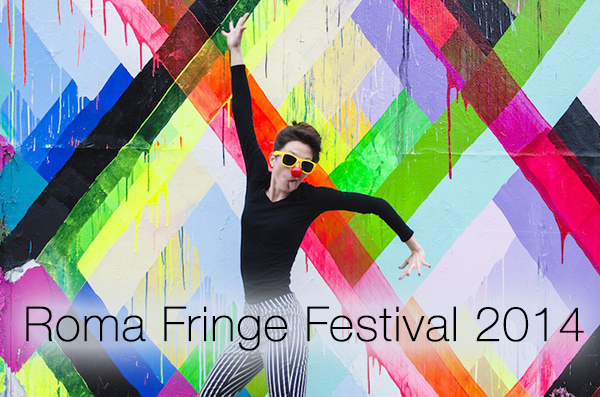 This summer the Rome Fringe Festival, which presents itself as a great showcase of Italian theater and performing arts independent , will host nearly 100 national and international artistic proposals for a summer show … strictly live .

We are in the third edition , and this time the event will be coordinated by a working team that has as many as 72 theater companies from Italy , Belgium , England, France and the United States and dozens of “stand up comedians “ were self-produced in order to give life at a festival unique to offer to a diverse audience fond equally varied program of theater, song, comedy, drama, civic theater , dance and stand up comedy in the name of artistic freedom and independence .

From 7 June to 13 July , we start every day at 19:30 with the market bio, eco , vintage and regional (ed. Collective Mind ) , and then go from 20.30 to midnight nine shows per night : a wide-ranging that transforms the festival fun for families, students, and fans a more “alternative” .

As always , along with the most independent , guests will also big ” Fringe” Italians , who will offer free performances every weekend .

All accompanied by the pouring of beers and wines by the Serpent . Along with the theater, this year Brazil will host the Rome Fringe Festival , at the Villa Mercede , will screen the World Cup matches , ensuring a friendly and safe environment .

As well as the other issues , along with the most independent , guests will also big ” Fringe” Italians , who will offer free performances every weekend .
All accompanied by the pouring of beers and wines by the Serpent . Along with the theater, this year Brazil will host the Rome Fringe Festival , at the Villa Mercede , will screen the World Cup matches , ensuring a friendly and safe environment .

During five weeks , a wide-ranging search of the Comedy Theatre , Improvisation at the Lyric Theatre , from Classical to Art performative . Each show will replicate 3 times.7 PECCATI CAPITALI

ODE TO THE OWL

Under the Patronage of morality and free Municipio Roma 2

The History of Fringe Festival

It was in 1947 when eight theater companies discarded by the EIF, the Edinburgh International Festival , they decided to go anyway in the scene and create a festival of self-financed and self-produced shows no accountability to institutions, grants, influences of various kinds of artistic and prohibitions styles, forms , cultures and religions . The only dependence of the companies had to be the one to their audience. Thus was born the Fringe ( literally ” Fringe ,” conceptual “periphery” ), the first independent theater festival .

From the seventies onwards sprang up all over the world and the other independently Fringe Festival on the model of the founder of Edinburgh. In all cases they were artists of various kinds to take care of the organization, all modeled according to the social needs of the host country , the appointed places , the management , the prizes to the eventual selection , with only one common point of reference : the ‘ artistic independence of the companies. Even today, the Fringe Festival are a reference point for the local community theater around the world .
By their very nature , the Fringe Festival, do not produce shows, pose no veto to any performance and do not invite any artist.