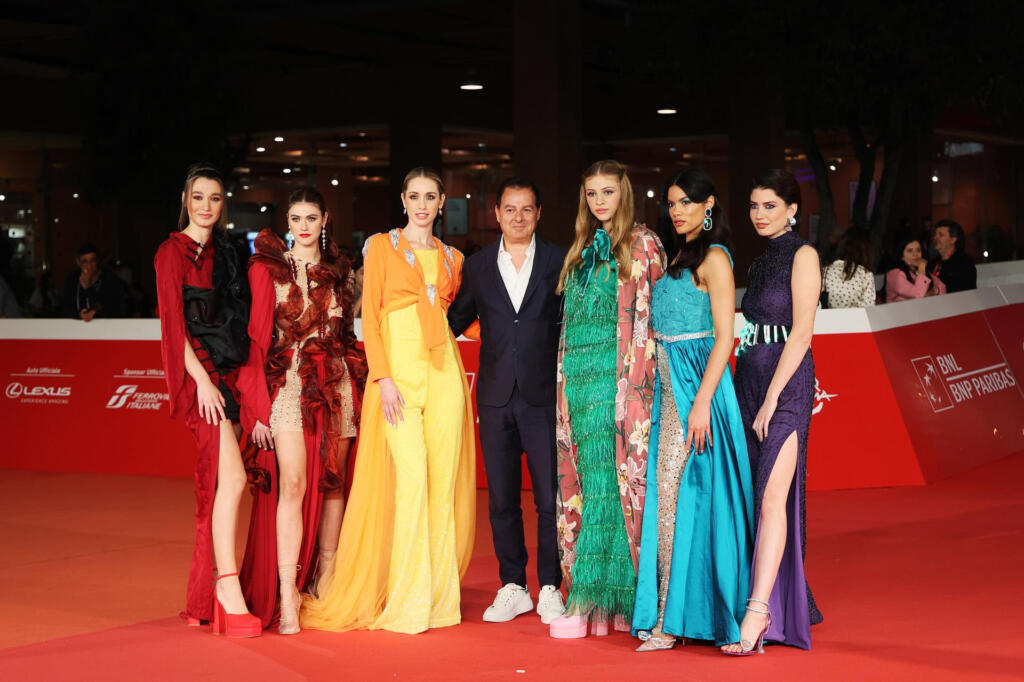 Haute couture meets the world of magic thanks to the Winx: after Milan Fashion Week, on October 20 the most famous fairies of the small screen, the flagship of Made in Italy worldwide, landed on the red carpet of the highly anticipated Rome Film Festival, this year in its 17th edition. For the first time, the six haute couture dresses inspired by each individual Winx walked the runway, created thanks to the extraordinary collaboration that saw, for the special occasion of Winx Club’s 18th anniversary, the students of Ferrari Fashion School, supported by the brand’s young twin stylists Feleppa, Francesca and Veronica Feleppa.

FROM MILAN FASHION WEEK TO ROME’S CINEMA FESTIVAL ON THE RED CARPET THE PARADE OF HAUTE COUTURE DRESSES INSPIRED BY THE ICONIC FAIRY FOLKS,CREATED BY THE STUDENTS OF FERRARI FASHION SCHOOL TO FEAST THE 18 YEARS OF WINX CLUB. 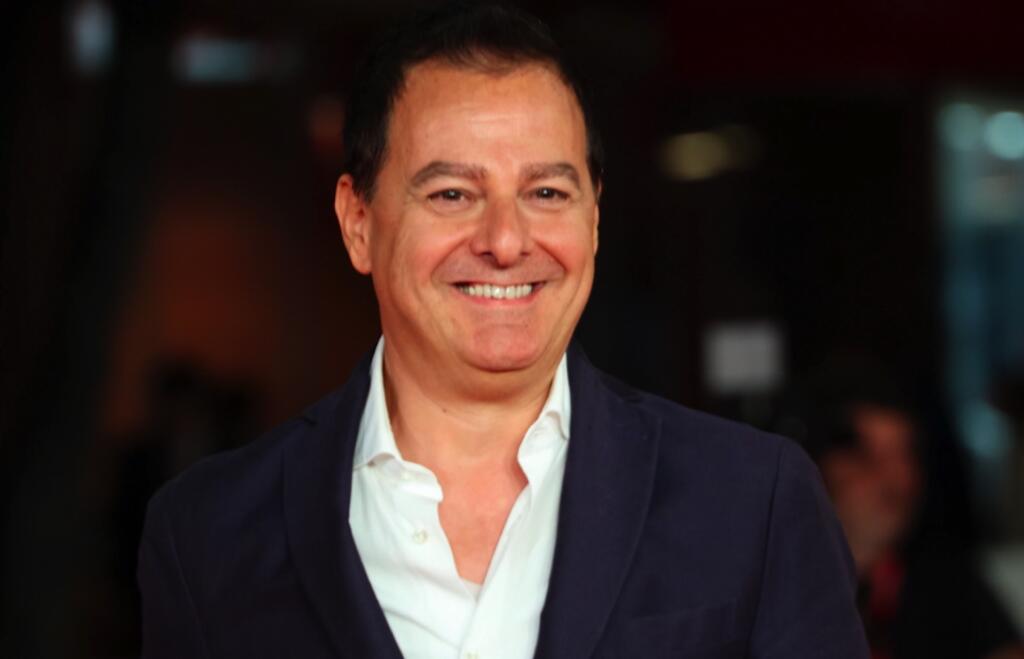 Accompanying the precious outfits on the red carpet of the Film Festival was the “dad” of the Winx in person, Iginio Straffi: “I am really excited to celebrate the first 18 years of my fairies with so many extraordinary initiatives like this one, and with such a close-knit and varied audience, which has demonstrated year after year the brand’s ability to break down every barrier and be the spokesperson for the dreams of many. The Winx have managed to fly so far thanks to a passionate and loyal global fan community, to whom we are immensely grateful and to whom we will be dedicating so many beautiful new products coming soon.” 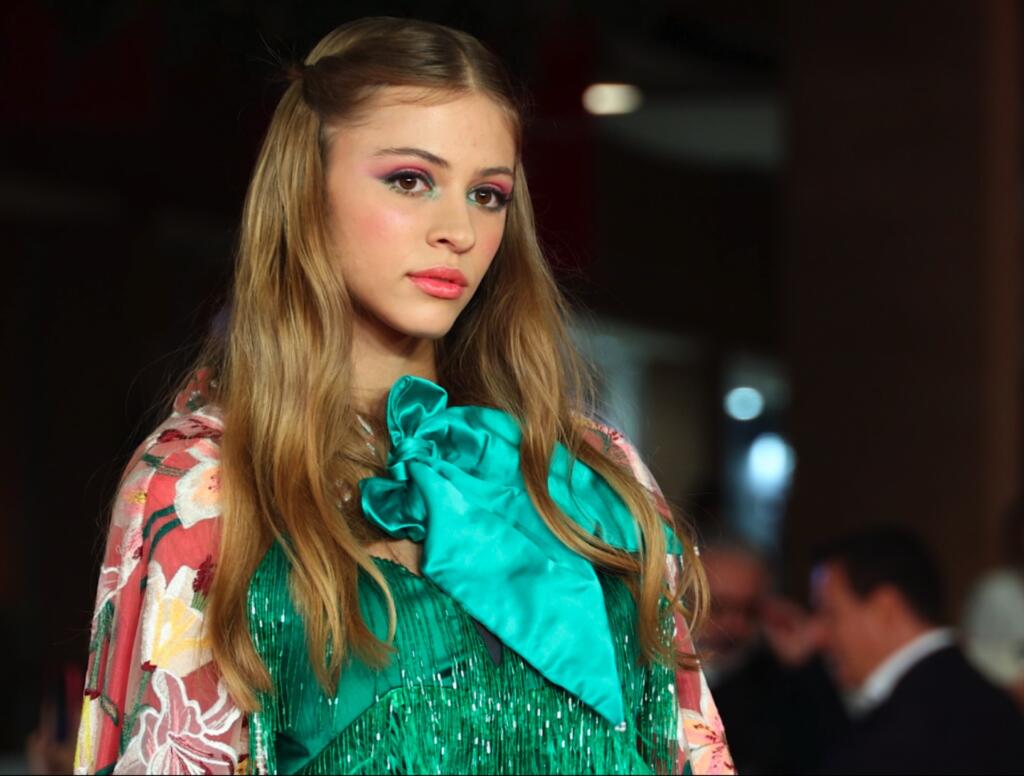 The global Winx Club phenomenon, a symbol of pop culture capable of thrilling entire generations, has thus also become an inspiration for new voices in the fashion world thanks to this ambitious project. The students of Ferrari Fashion School demonstrated their great professionalism and expertise, analyzing in detail the personalities, style and distinctive traits of each of the six heroines, to bring to life real haute couture dresses marked by the utmost care in the choice of materials and attention to detail, thus drawing viewers into the universe of the Winx Club style icons. 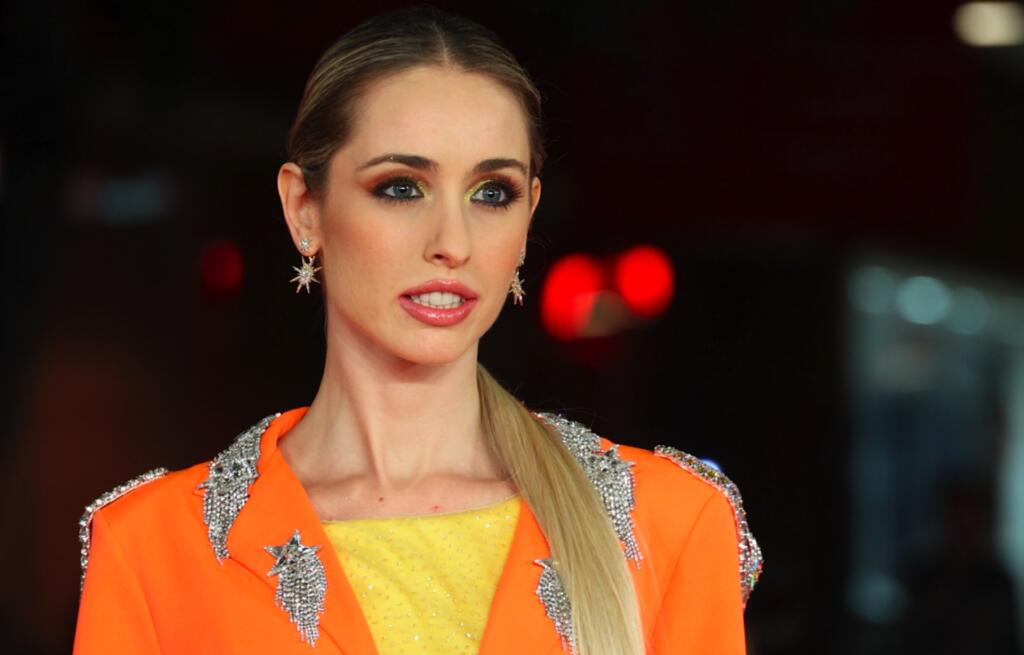 The winning students distinguished themselves within the training course by managing to fully capture the soul and personality of the Winx and translating them into truly magical outfits. Vittorio Alessi and Miriam Pellegrin are the designers who created the outfits of Tecna, Musa and Bloom. Valentina Lacatena, Marika Caramia and Rosalba Andolfi are the creators of Aisha’s style, while Stella and Flora were created by Giada Dei Giudici. 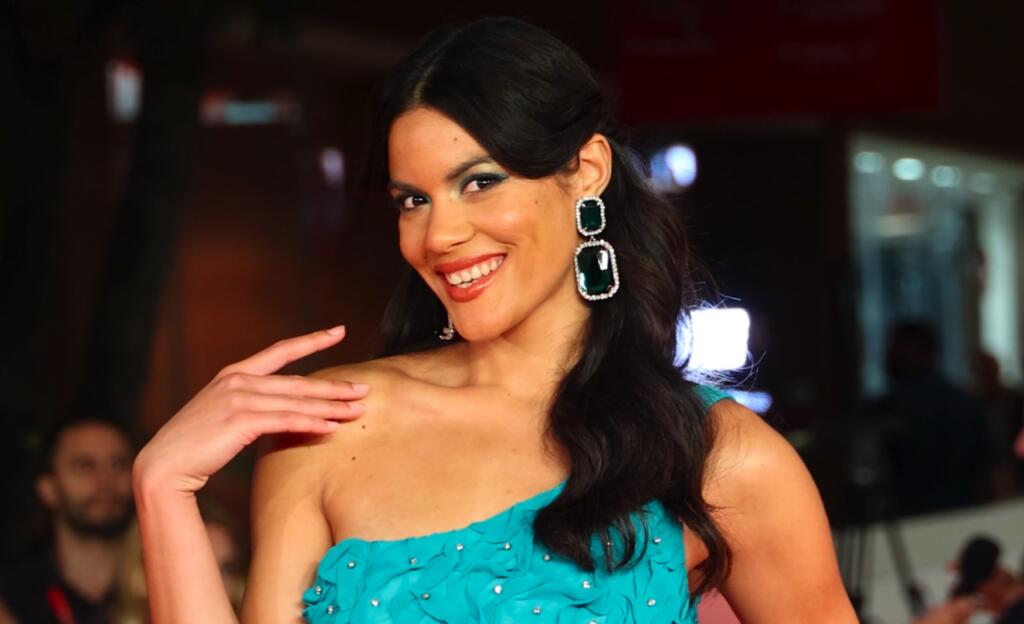 Iridescent organza flames distinguish the look inspired by Bloom’s strength and tenacity, among embroideries and pleated inserts capable of giving the ensemble unexpected shapes. Stella’s confidence and sunniness, on the other hand, served as inspiration for an outfit that takes up the different shades of orange and yellow, made bright by a glittery tulle skirt with a train, opened into a tulle skirt topped by a jacket studded with crystals and stars. The shy Flora seems totally immersed in nature thanks to the long green gown dedicated to her, emerald in color, embellished with shimmering bangs and a fairy-tale shaped organza cape embroidered with softly colored flowers. For Musa, a seductive Japanese-inspired dress in red moiré was made under a black organza coverlet embroidered with musical notes. An outfit reminiscent of the colors of the sea was dedicated to Aisha: in this case, silver sequins enrich a swathing tulle skirt, topped with a satin overskirt. Finally, a jumpsuit in shades of purple echoes Tecna’s features, featuring a black glitter bodice with a double layer of sequin-studded tulle. At the waist, a belt with multicolor Led. 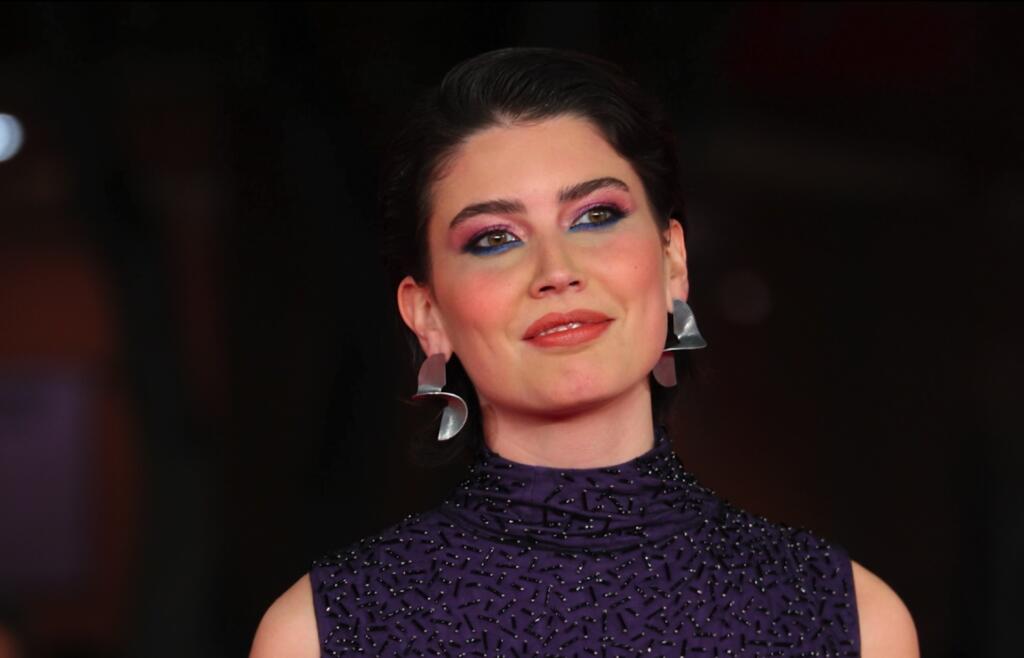 The project saw the special participation of the Feleppa brand, led by young twin sister stylists Francesca and Veronica Feleppa. The two stylists personally oversaw all stages of creative development, supporting the creation of the garments from the initial concept to the fine-tuning of the outfits. 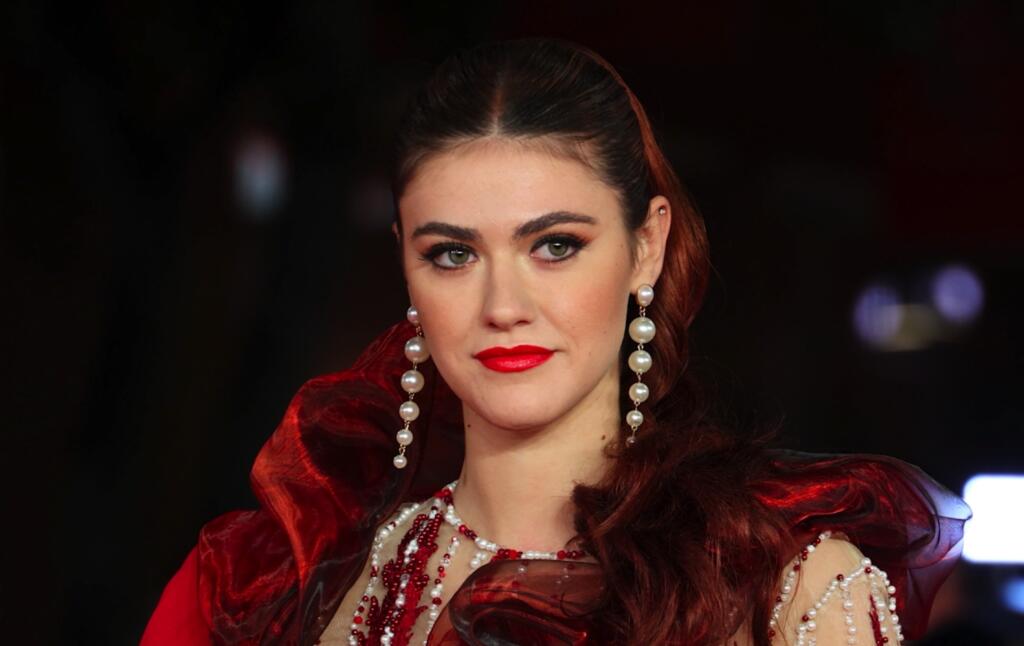 The initiative has as its technical partner the historic Piedmontese company Montorfano, a producer of fine fabrics for haute couture since 1986, which carried out the meticulous work of researching and creating the precious fabrics for the outfits. 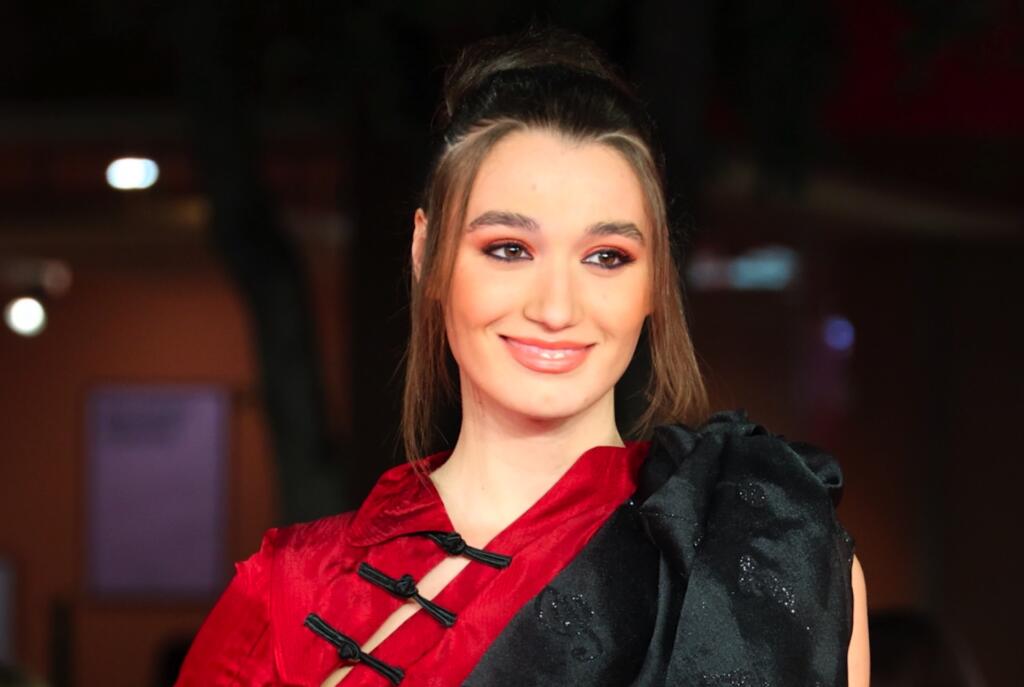 In 18 years of adventures, the fairies born from the visionary genius of Iginio Straffi have grown along with their fans, who continue to follow their childhood heroines on social platforms as well. The Winx are now an evergreen global phenomenon, capable of tackling evergreen themes and interpreting the dreams and needs of the public, embracing values such as diversity and inclusiveness and crossing all cultural boundaries. Friendship, courage, commitment, generosity and positivity: this is the explosive and essential mix of which the magical heroines created by Rainbow have been ambassadors since Winx Club first entered Italian homes on January 28, 2004. Since then, the Winx have been able to reinvent themselves and keep up with the times, if not even anticipate them: from the first hand-drawn drawings created by Iginio Straffi to the 3D animation with extremely high quality special effects created in Rainbow CGI studios, Bloom, Stella, Flora, Aisha, Musa and Tecna are now also fairies in the flesh thanks to the Netflix original live action series “Fate: The Winx Saga” produced in collaboration with Rainbow. An ambitious new take on an animated classic that has already been a huge success and is already in its second season, available on Netflix from September 16, 2022. 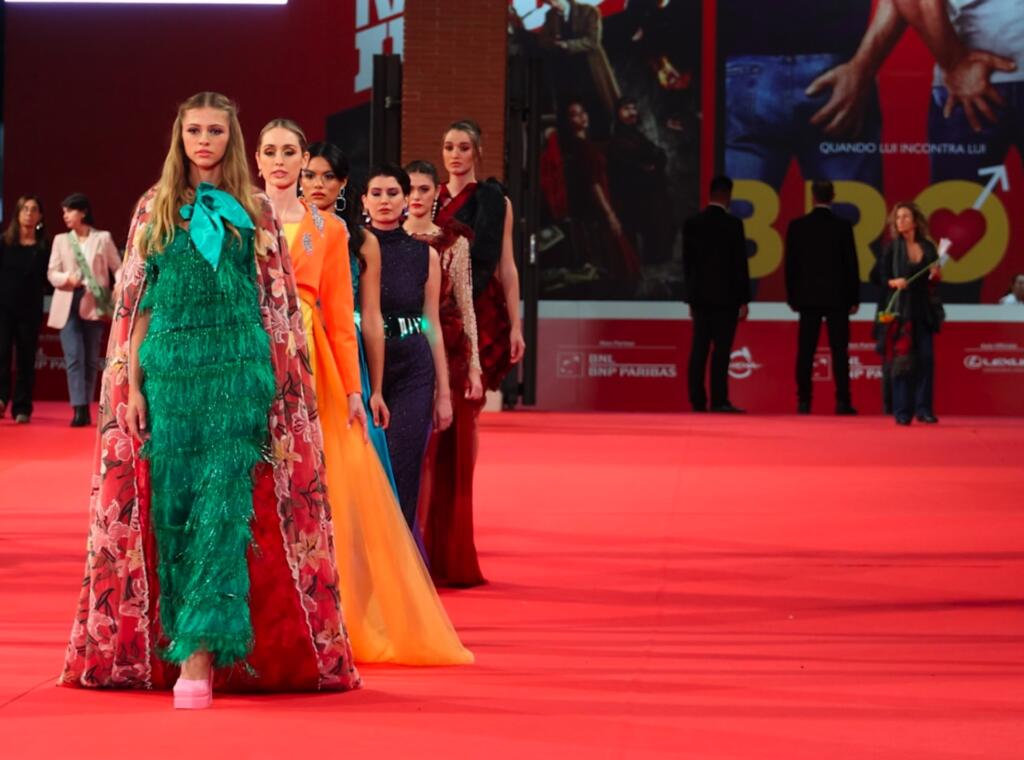 5 billion shares on social media with the hashtag #winxclub

Over 6,000 minutes of animation 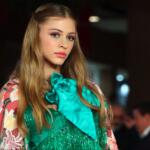 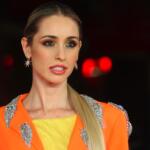 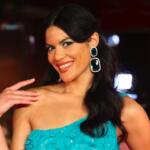 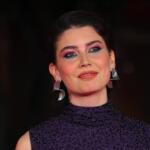 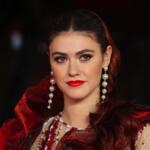 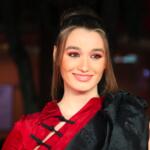 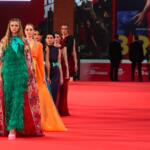 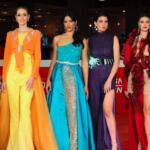 Founded in 1995 by the creative genius of Iginio Straffi, President and CEO, Rainbow has established itself as a leading global studio thanks to the extraordinary success of the Winx Club saga, celebrated worldwide for its content, licensing and merchandising. In addition to the broad portfolio of successful IPs created, in more than 25 years of growth Rainbow acquired multiple Emmy Award®-winning studio Bardel Inc. to expand its CGI and VFX animation services offerings, and acquired Italian company Colorado Film to expand into high-quality live action productions. Creating and distributing original IP for the whole family and reaching over 150 countries, Rainbow is synonymous with Made in Italy excellence and creativity and ranks among the Top Global Licensors in the world with over 500 active licenses. www.rbw.it.