YOGAFESTIVALROMA, Sunday, Sept. 14 at the Capitol and the flash mob 19-21 event at the Villa Pamphili

Held in Piazza del Campidoglio in Rome, Sunday, September 14 starting at 9 flash mob organized by YogaFestival Rome together alderman of Public Works and Suburbs Paolo Masini, authentic advance of the scheduled three days at Villa Pamphili September 19 to 21. Sunday 14 yogic community of the city will meet to practice together in a short lesson that will involve schools of Yoga in Rome. The event will also support Africa Yoga Project, the international non-profit organization active in spreading yoga among the most deprived slums we support throughout the year, and will be conducted by Christiane Piano, AYP representative for Italy.

For the seventh consecutive year, the community of Yoga is again high on the lawns of Villa Pamphili with an event now expected also on the international scene, which includes a growing number of visitors, teachers, exhibitors. Three days dedicated to Yoga, its traditions, innovations, to his practice. The last year has seen more than 4500 people alternation within three days, 1500 people active in seminars, over 100 Yoga appointments and meetings offered. A large audience for a big event. 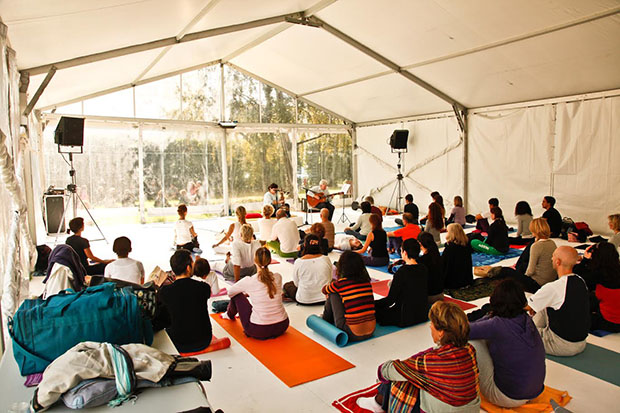 This year edition is dedicated to the theme of “Gratitude,” a fundamental human value and unquenchable, present in many practical steps and Yoga together with the practice of listening and feeling of compassion. As Rumi expresses in his famous verse: “gratitude is heaven by itself.” In other words: gratitude was the final destination for happiness. The event will take place no more Roman in June, but in September, from 19 to 21 in this movement is the desire to encourage more schools and centers, which always show in September, the month indicated for dialogue with the public and stimulate to embark on a path of Yoga practice and inner search: YogaFestival so is the event not to miss the return of the holidays, an opportunity to develop awareness and better address the times in which we live. 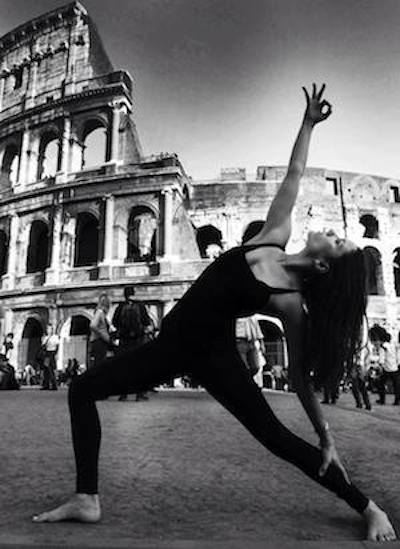 Susteined by the Municipality of Rome, YogaFestival aims to be a meeting and a quality reference for the Schools of Yoga in Italy, a common roof for being among enthusiasts, a place of experience for the audience that here finds a way to choose their own path, be it more physical or more spiritual. The festival hosts on a plot of 3000 sqm two external areas, occupied by a rich exhibition that brings together approximately 60 schools of Yoga and small exhibitors, 3 rooms for the practice of Yoga, a conference room, a large area completely renewed holistic , an organic eatery, a space for non-profit organizations, with a space Bimbi service babyparking to help mothers who wish to attend some seminar but do not know where to leave their children.

The festival, which will be followed only three weeks after the Milan edition, is a rare opportunity for those who want to “touch” all about the world of Yoga: the parties concerned and the merely curious will be able to take advantage of the Free Class, free lessons and free open to all that take place continuously during the three days. Just show up in comfortable clothes and bearing pad to start with a practice.