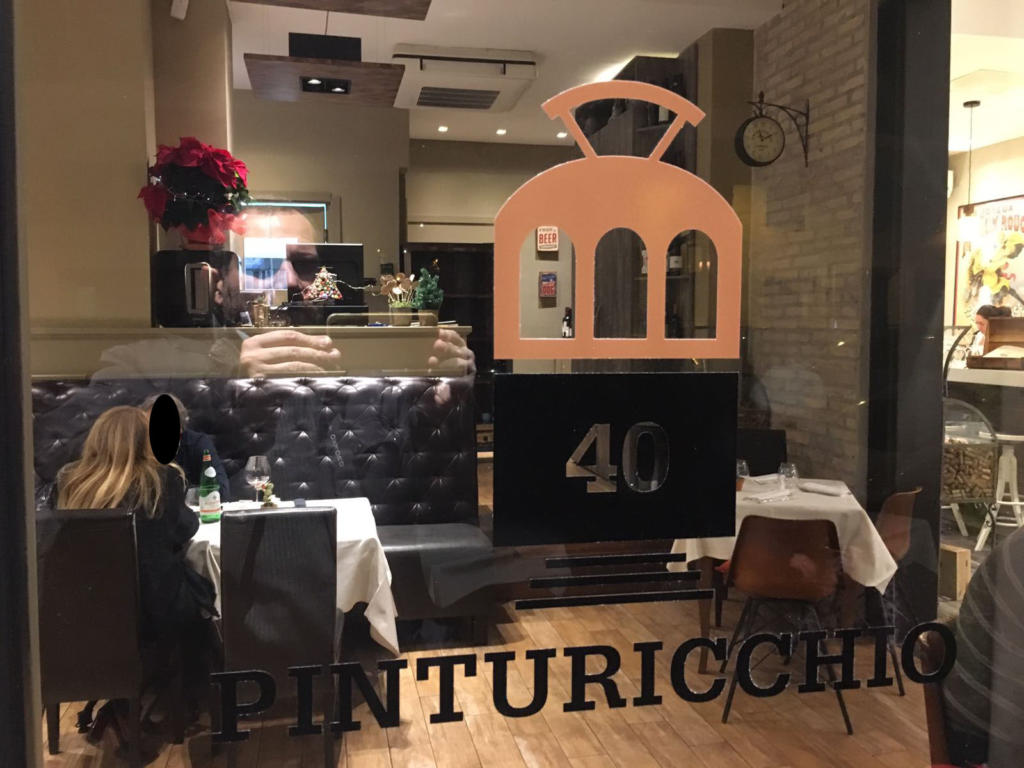 A very European restaurant with a creative cuisine of Neapolitan flavor, this offers us the chef Eduardo Estatico who has revived a restaurant like many in Rome, today the Pinturicchio 40 appears as a “Mittle European Bistrot” but with a touch of Italian authoring , both for the furniture of a lost Italy and for the culinary proposal of a modern Italian cuisine with a marked Neapolitan imprint.

“The cuisine I love is that of my land, of my country. The memory of a base from which to innovate in search of a balance of flavor and form. “. Chef Eduardo Estatico

The chef Estatico was trained at the prestigious J.K. Palace of Capri, and in the world having worked at the “Caruso” in Philadelphia, at the 2 Michelin stars “La Peca” in Lonigo (Vi), at the “Sin” of the Hotel Boscolo Aleph in Rome, 1 Michelin star, until the membership with the CHIC association, Charming Italian Chef.

His choices are to be noticed right away, from the welcome aperitif with spumante italiano and homemade taralli ‘nzogna and pepper.

The menu has a measured choice and follows the cycle of nature and offers seasonal dishes.

What we ate
We at the editorial staff of Rome Central Magazine have been served dishes chosen by the chef and we have not tried all the appetizers, the four pastas, and four seconds. The bread is homemade and is accompanied with extra virgin olive oil.

The service was pleasant, sometimes rigorous but also informal, following the images of some of the dishes we tasted: 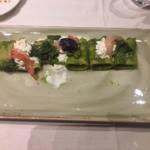 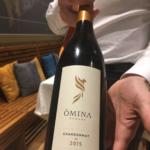 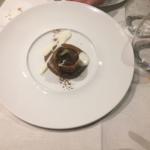 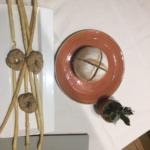 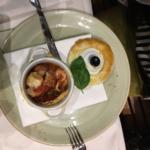 Our impression is that Pinturicchio 40 is a restaurant-bistro in which to have dinner with your partner and lunch with the colleague of the office, in fact, even if we have not tried the lunch menu, at twelve opens with a dedicated menu to the proposal lunch with a simplifies menu that they tell us never want to lose the taste and the Campania and Roman identity.

Value for money Pinturicchio 40
10-12 euros for an appetizer
16 euros for a first course, most often based on shellfish like red prawns and shrimps
18-20 euros for a second
8 euros for a dessert.

Two tasting proposals for 40 and 45 euros.

A glass of wine is between 5 and 9 euros.