It is not the common love story, it is not the usual gay couple, no caricature neither burlesque. I ♥ Alice ♥ I is a manifesto of humanity.

Alice – Ludovica Modugno – and Alice – Paila Pavese – two old ladies, who know each other since they were young, tell us about their friendship and love story in their own way. If they wouldn’t have kissed, hidden among a shop shelves, probably they would not be on this stage to play their clumsy, romantic and ironical events.

“To deny the person you love is an horrible crime” 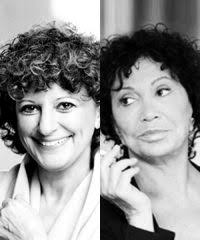 The intimate atmosphere of The Cometa Theatre perfectly match with this sweet and polyhedral summary of live: love, religion, health, sex, family and old age.

“I look at me and I search myself in someone else”

The total benevolent attitude towards the gay cliché and the old age are far away from here thanks to the bright writing by Amy Conroy and the no frills direction by Elena Sbardella. A sensitive comedy, that shows some of our society’ shadows without any embarrassment also through some really effective words.

“When you run away from youself you bring youself with you” 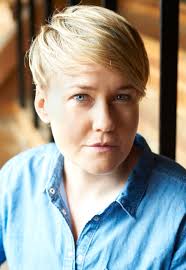 Amy Conroy
Amy founded HotForTheatre and wrote their debut show I ♥ Alice ♥ I, which premiered in ABSOLUT Dublin Fringe Festival 2010, winning her the Fishamble NewWriting Award.
Her second show, Eternal Rising of the Sun, won the Best Female Performer Award when it premiered at ABSOLUT Dublin Fringe Festival 2012.
Amy’s show Break, produced by HotForTheatre in association with Dublin Fringe Festival, premiered at the Dublin Theatre Festival in 2013.
The show was an unlikely hit, and was performed at the Dublin Theatre Festival the following year. Since then it has travelled across the globe, from Iceland to Tasmania, including a residency at the Peacock. She is currently under commission from the Abbey Theatre.