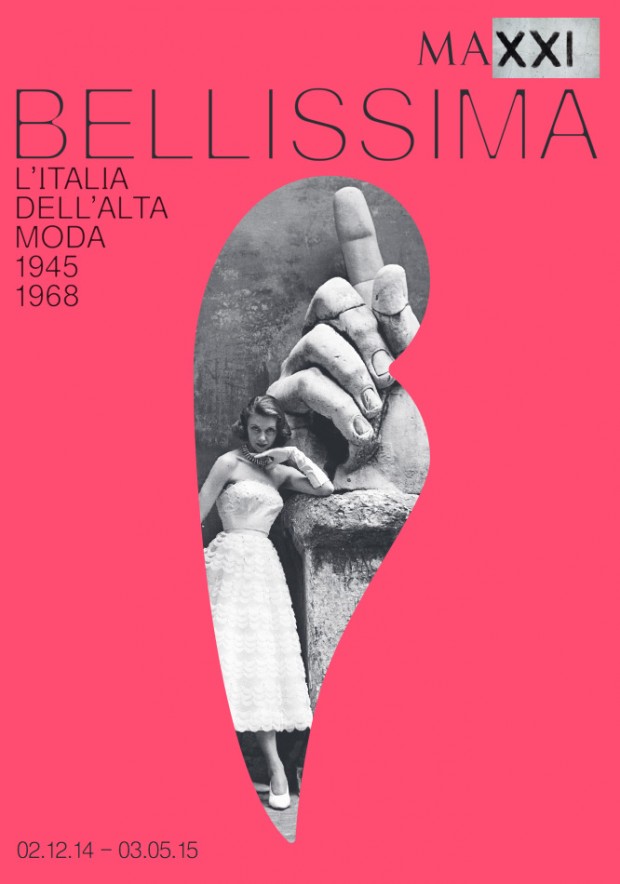 AltaRoma Alta Moda is the fashion week in Rome. So, each year in the capital the event offer a busy schedule of fashion shows, meetings and exclusive parties.

In this appointment between the different events that extra protagonist from January 30 to February 2 in various places in the city, the festival proposes also in to MAXXI – National Museum of XXI Century Arts, the exhibition “Beautiful: Italy haute couture 1945-1968” open until May 3.

The project is divided into an exhibition and a book that trace, as in a long journey in stages, the genesis and the great success of the Made in Italy and Made in Rome. The visitor is led by costumes, huge and words in fashion history: in fact, on the one hand, meets a selection of dresses on display that have built the identity of Italian fashion; on the other hand, the book told through historical texts, critics and journalists, and a rich iconographic, Italy Haute Couture 1945-1968.

Similar to a real atlas that “identifies in each city (Rome, Milan, Turin, Florence, Venice, Naples), a signifier and a very specific meaning, and explores issues and events that have contributed to the development of a system of excellence made of craftsmanship, industrial intelligence, tradition, planning “delineating an image that worked well at the time and continues to operate today.

“Altaroma is proud that, thanks to the efforts of the Maxxi, the curators and the many partners in the project, from Bulgari, today in Rome, in a contemporary art museum, will inaugurate an exhibition of fashion so prestigious.

Thus was a dream for Altaroma that for years has been committed to the return to high fashion Italian and Made in Italy have the right weight and meaning “- said the President of Altaroma Silvia Venturini Fendi -” Altaroma, for some time, had identified program guidelines and design with expectations, with the project “Beautiful”, finally find fulfillment and satisfaction.

“Beautiful” is not just an exhibition on the history of Italian fashion; it is rather a work of historical reconstruction that with scientific rigor, as well as aesthetic, is not limited to glorify, but contextualizes historically and geographically an Italian cultural heritage, economic, social. ”

The contribution of Altaroma also extends to Controcanto project, a series of micro-events that will put the project Bellissima compared with independent realities of contemporary fashion, such as magazines, blogs and online magazine, platforms promotion of new talent, highlighting that fashion is a cultural phenomenon and creative fed continuously from the past.

Designers, critics, professionals, scholars and creative fashion are invited to participate in talks and presentations, and to review the quality of Italian high fashion from the present. In such initiatives, these days 60 students from schools, colleges and academies of fashion, have been able to attend, accompanied by the curators, the phases allestitive the exhibition.

takes place from January 30 to February 2

in various places in the city

Over 20 years of fashion in an exhibition that recreates the atmosphere and the styles of a period that made an extraordinary contribution to the definition of the Italian identity on an international scale.

Bellissima: Italy and High Fashion 1945-1968 is not a history of high fashion, but, rather, the attempt to reassemble, through the lens of today, the complex and ever-changing image of Italian fashion, in a choral account made up of many exemplary stories that are the very fabric that will give shape and consistency to the great success of the “made in Italy” label.

From the spectacular creations that lit up the grand balls and foyers of the theaters, accompanied by the glittering expressions of the finest jewelry, to the restrained elegance of the cocktail dresses; from the rigorous black and white graphic look, to the chromatic explosion so typical of the 1960s; from the inventions made for the actresses of the so-called Hollywood on the Tiber, to the results of the sophisticated formal research that was the fruit of the intense collaboration between couturiers and artists.

Works by artists including Carla Accardi, Alberto Burri and Lucio Fontana dialogue with the clothes of Emilio Schuberth and the Sorelle Fontana, of Germana Marucelli and Mila Schön, of Sarli and Simonetta, of Capucci and Gattinoni, of Fendi, Balestra, Biki, Galitzine, Pucci and Valentino.

The exhibition also features the creations of Bulgari, the most famous Italian jeweller around the world, with a selection of unique pieces displaying great experimentation and stylistic innovation. 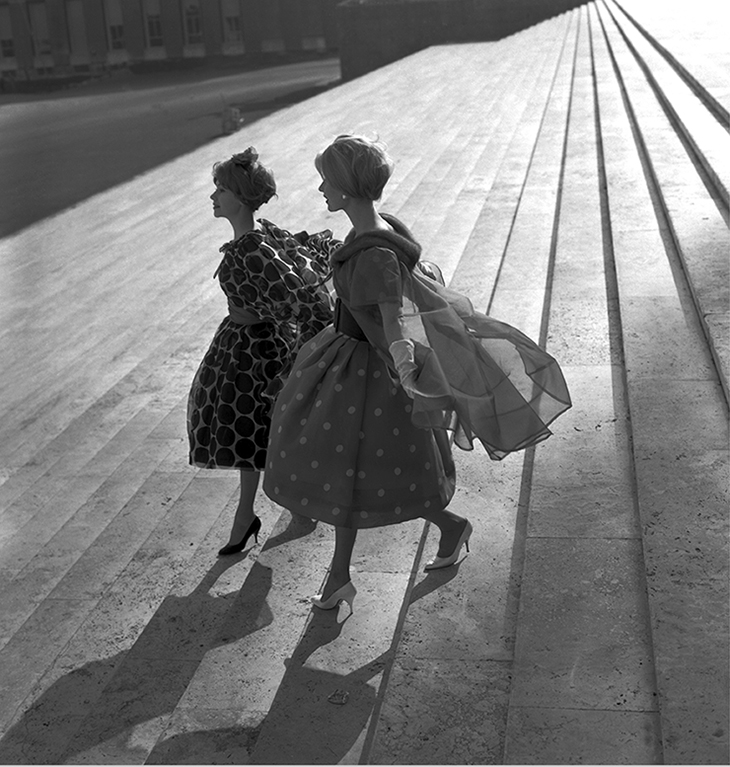