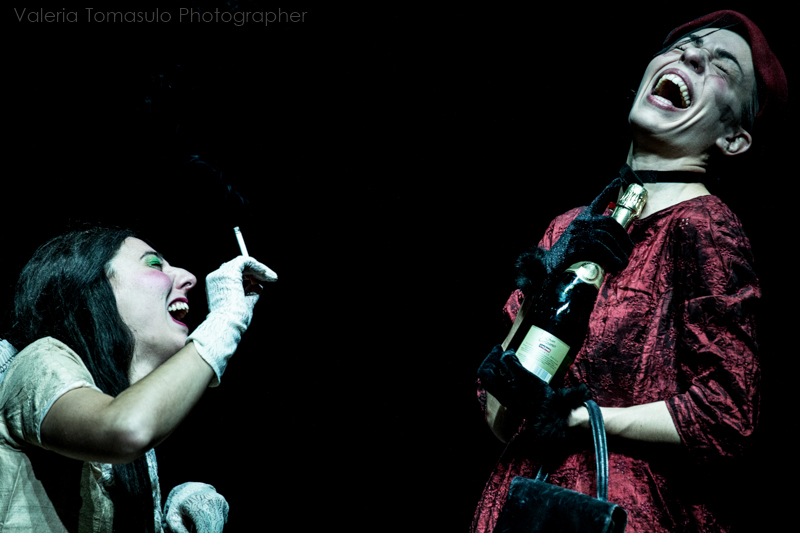 Three stories about the time, three times on hope; on blind faith and filial love in vain, in the future that does not come, that even if you get nothing changes. Three macabre fables and endless on the end, the long-awaited end. First there are the women of WAITING FOR NIL, mother and daughter who are waiting with undue enthusiasm a beautiful man, perhaps an excuse, a reason to go on and do something else that makes sense, a man who will come when they are ready, if ever, maybe it’s already past without stopping, as does a little ‘ life, as an illusion , meanwhile, the important thing is just wait, and as long as you expect it is really alive. 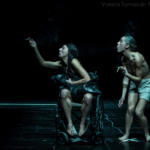 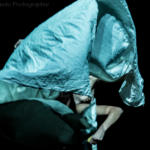 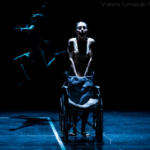 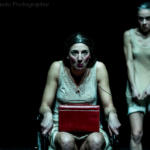 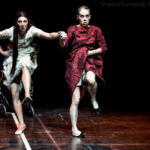 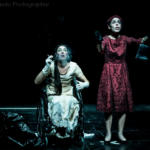 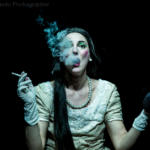 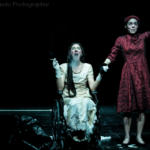 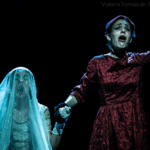 Then there are the children of WHEN WE WILL BE GREAT!, three older children who are still waiting to grow, there is still time to become great, while they wait on their chairs nailed their mommy forgetful that has not yet come to take them back to school. 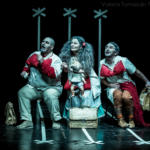 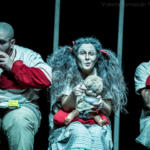 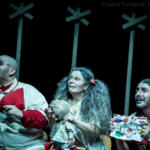 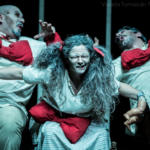 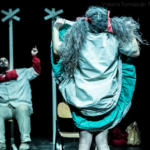 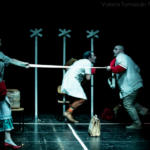 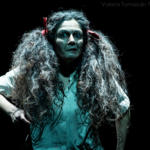 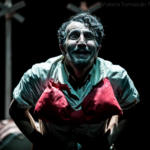 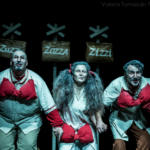 Finally the two brothers of HANSEL AND GRETEL. THE DAY AFTER: the little brothers of the story so well known, but a little changed, too chubby more than we ever imagined we were them, all the fault of the gingerbread house, the two waiting for dad are completely devouring. And when they arrive, finally putting an end to this story, perhaps not even recognize them but if you will find them at the entrance ready and courageous to defend the poor old witch now helpless and dying which themselves can not wait to die, exhausted from perpetual atrocities of living always the exact same day, after the fact, that each day ends and never stops to start again. 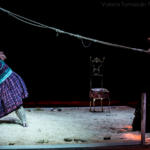 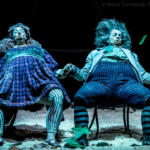 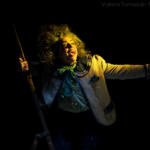 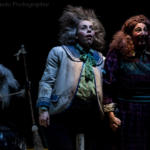 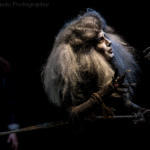 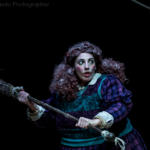 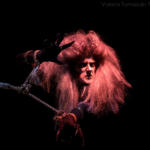 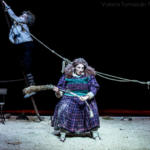 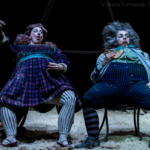 And the end will be a total end, one end only, valid for all the unfortunates, abandoned and misfits of the story. A still image sudden life, while you were busy doing anything but dying, a cry without vent, a breath -sac or , at worst, the very life that continues without explanation. Just waiting for something, someone had to come a long time ago and instead you have not seen yet, a moment that you would have to then run out to give space to those further runs to crystallize and perpetuate itself in revenge for failure to perform, and so every day the sun rises without bringing anything to the children and nothing to the dead, only light fake and funny irony on the scene as a reflection of life itself unacceptable.

2 comments to “THE TRILOGY OF WAITING”