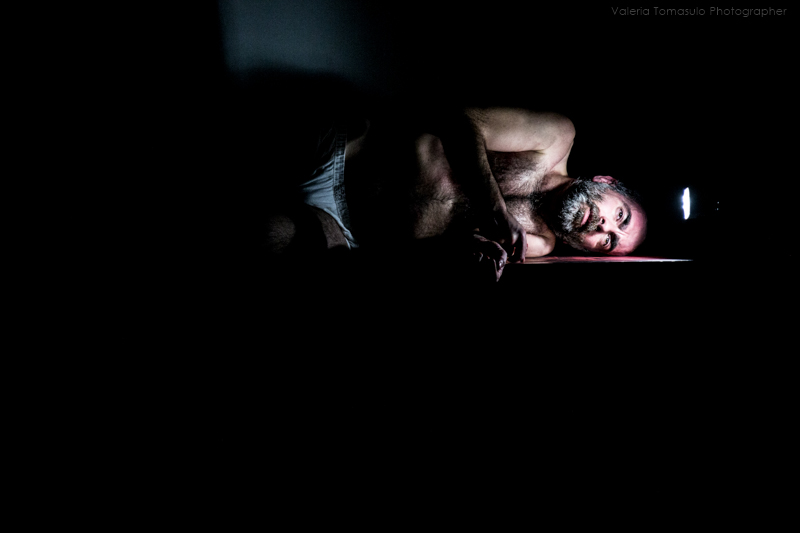 “Richard is a scapegoat, the heir to a dynasty of evil bloodthirsty that, compared to others, is more fierce, more cunning because he has nothing to lose; is deformed, ugly, can not act in the field of beauty and harmony and therefore focuses on the idea of possession of power.” So Michele Sinisi presents his Shakespearean anti-hero, on stage in Rome at the Rialto Sant’ambrogio, with an efficient monologue, the protagonist of the same which is the most significant part of the work and in which the actor pours all consciousness of man and his career as an artist: “… the density of the scene is given by our own life and the events that mark a path construction. It is what we have to put in it, to restore the truth, our, the staging.”

Now is the word that opens the monologue, bringing the show with a brutal force. Makes an unusual and unknown world is created from the text constantly repeated and concentrated on himself, warming between the noises and cries in space present and no longer mythical truth of the unreal stage, at the very moment in which we perceive it , precisely now. The word holy and cursed from which there is no turning back. This without preamble, as the smell of the spray pounding that pervades the nude scene, the light from the operating room and the blood work painted deleted. The other words are more of a show unpronounceable, characters are ordered around the chaos and more devoid of logic function, not being spoken in Italian: “The choice of English – explains Sinisi – follows this bet not to tell but a history of experiencing only the motivation and physical and emotional consequences of a marked presence of sensory dynamics: smells, objects that come to the public view of signs and highly pictorial- figurative and sudden sounds , music and violent as in the case of the text here is a horizontal relationship with everything. The English text does not have an action logic but empathetic as much as everything else, is in the middle of the scene and helps equate to build the mythical world of Richard III.»

This poor king, deformed, unfinished, half-finished. Man rude and lacking any good proportion – all because of the deceptive nature! – That dissolves his soul limped tireless on the scene, actually all the beauty bitter body dehumanized and survivor but, impotent in his abuse of power, raises life for the simple fact of legitimizing death. A search is therefore more than a show, annunciation interior came after several years, as the author says: “At first predicted 13 actors around a table and in the path of preparation I was trying to make” real “the emotions that text suggested by the facts narrated. Then, faced with the fiction of the theater, life is coming to get slapped, waking from that my attempt presumptuous and superficially Western, often accompanied by unnecessary accumulation. At that moment I decided to freeze the project to recover the real facts. After 4 years, I decided to re-open that door and be alone on stage to put everything on the tables to the point of becoming those facts the real need. 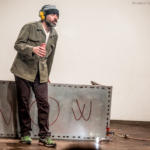 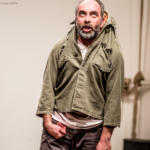 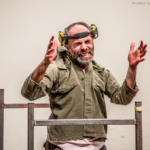 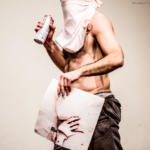 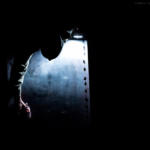 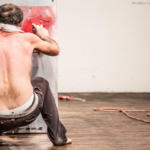 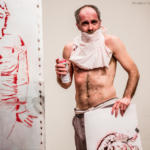 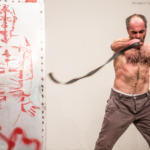 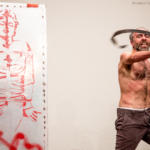 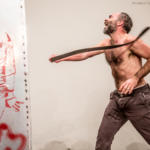 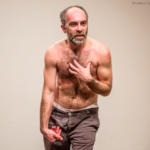 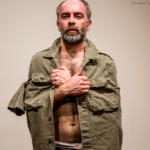