Tuesday, August 15, 2017 in Rome between museums, cinema, theater and shows at the Imperial Forums. The Museums will be open in the City and in the evenings the appointments at the Forum of Augustus and Caesar, the Silvano Toti Globe Theater and the Casa del Cinema

On Tuesday 15 August, the Municipal Museums of Rome will observe the usual opening hours. Even during the day of August, it will be possible to visit permanent collections and temporary exhibitions and, in the evening, participate in the many Roman summer appointments including the mix of show and archeology in the August and Augustan Holes, the magic Of the Shakespearean theater at the Silvano Toti Globe Theater and the summer festivals of the Casa del Cinema, both in the green of Villa Borghese.

The Capitoline Museums host for the first time the Madonna del Pintoricchio, considered by Vasari the portrait of Giulia Farnese, lover of pope Alessandro VI Borgia, beside the best known Bambin Gesù of the hands in the Pintoricchio painter’s paintings of the Borgia. In the Terrains of the Conservatory’s Palace, The Re-Found Beauty, an exhibition that affirms the commitment of the State, represented by the Carabinieri Protection Patrimony Cultural Command, for the constant re-occupation and reconstruction of our cultural heritage.

The Ara of Pacis Museum is under Spartacus. Slavery and Masters in Rome, an exhibition that investigates the reality of slavery in daily life and in the economy of imperial Rome.

Inside the Trajan Markets, the show The Holes After the Holes shows the events of the archaeological site of the Imperial Forums through excavations of the last 25 years.

At the Museum of Rome in Palazzo Braschi in Ground Floor Rooms CONTACT. Feel the painting with your hands. Caravaggio, Raffaello, Correct in a tactile experience. Four pictorial masterpieces are presented in relief form to allow the public to discover a two-dimensional work through tactile and non-visual experience. On the first floor Piranesi. The utopia factory, a wide selection of the most significant works of the great Venetian artist, an extraordinary inkjet maker and central figure for the figurative culture of the 18th century Europe.

At the Gallery of Modern Art Artistic Rooms. Masterpieces of the Italians’ 900: not only ideal places but real rooms where the art of the first half of the twentieth century is recounted by twelve of its greatest exponents: Mario Sironi, Arturo Martini, Ferruccio Ferrazzi, Giorgio de Chirico, Alberto Savinio, Carlo Carrà , Ardengo Soffici, Bruno Rosai, Massimo Campigli, Marino Marini, Fausto Pirandello and Scipio. 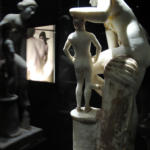 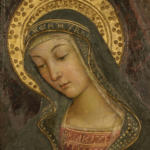 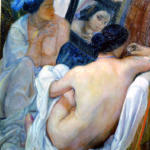 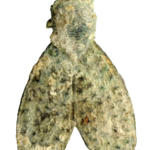 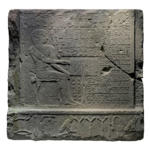 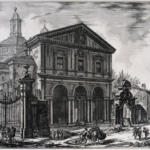 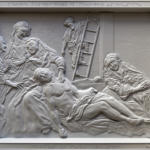 SMALL EXHIBITIONS NOT TO BE MISSED

In the Museum of Rome in Trastevere the photos of the urbanist, historian, author of “Modern Rome”, Italo Insolera: the black and white of cities, Pictures 1951-84 and OSTKREUZ. The German photographic agency’s exhibition, the retrospective, tells the story of the OSTKREUZ agency, founded in 1990 by photographers from East Germany and today the most popular photographic collective in Germany. On display there are over 250 photographs of 22 photographers, from the works immediately following the collapse of the Wall up to the present day.

At the Napoleonic Museum Minute Visions. Roman Micromozoists of the XVIII and XIX centuries from the collection Ars Antiqua Savelli, one of the most important in the international arena dedicated to this peculiar artistic genre, the result of over forty years of acquisitions and research.

At the Centrale Montemartini, in addition to the magnificent permanent collection, the Pio IX train was built in 1858 by the “Pio Centrale” and “Pio Latina” railway companies, which commissioned it to French companies to give it a gift to the pontiff.

At the Museum of Ancient Sculpture Giovanni Barracco In the shadow of the pyramids. The décor Nefer’s mastaba, the precious relief of Nefer dignitary, dating to the reign of Pharaoh Cheope: a 1: 1 reconstruction of the funeral chapel structure and a rich graphic, photographic and multimedia documentation to describe the interior space.

At the Carlo Bilotti Museum Markku Piri. Glass & Paintings. A Finnish at the Orange of Villa Borghese: exhibits glass objects made in collaboration with Finnish craftsmen and / or Murano glassmasters, associated with Piri’s paintings and serigraphs, and printed fabrics with themes and motifs related to Finland. Silvia Codignola. Mother’s autobiography features tempera and oil paintings, some small and medium-sized plaster and sculptures made in the decade of 2006/2016.

At the Civic Museum of Zoology Surfaces. Entomological peregrinations offers a visual journey to explore, through photography, the body surface of beetles, a group of insects whose main feature is to have the first pair of rigid and often colorful wings, but especially rich in particular structures and shapes Which can only be discovered through the use of a microscope.

At the Casino of the Princes of Villa Torlonia Magic of Light. Mirror and symbol in the work of Lorenzo Ostuni and in the nearby Casina delle Civette two exhibitions: The wonderful world of Wal. Fantastic sculptures, magic animals and where to look for them – Walter Guidobaldi’s personal exhibition of Wal, one of the most original New-New patrol members organized by Renato Barilli in 1980 – and chat noir and shadow theaters in Paris. Influence on illustrative art between the ‘800 and the’ 900, one of the vintage collections of the Parisian Museum in Rome, which features a remarkable collection of images dedicated to the “silhouettes” that for years animated the scenes before the advent of the cinema.

And for the evening of August, the city offers many events dedicated to theatrical performance, cinema and entertainment, such as the Silvano Toti Globe Theater, the dream of a midnight summer, signed by the unforgettable Riccardo Cavallo ( Translation by Simonetta Traversetti) this year is on the scene from 9 to 20 August at 21.15. A story that keeps babies dreaming big and small telling the short time of happiness with a subtle bottom of melancholy.

Very close, always in the park of Villa Borghese, you can see the open-air movies of the Casa del Cinema with its free admission tickets: on Tuesday, August 15, a film about 1996’s 1996 film of Mike Leight,  secrets and lies ‘, In original version with subtitles in Italian.

A mix of show and archeology, lastly, Trips to ancient Rome by Piero Angela and Paco Lanciano with two exciting stages at the Augustus Forum and at the Forum of Caesar: starting from stones, fragments, columns and the use of technologies In the vanguard, viewers are led by Piero Angela’s voice and movies and reconstructions. An exciting and at the same time rich in information from great historical and scientific rigor.