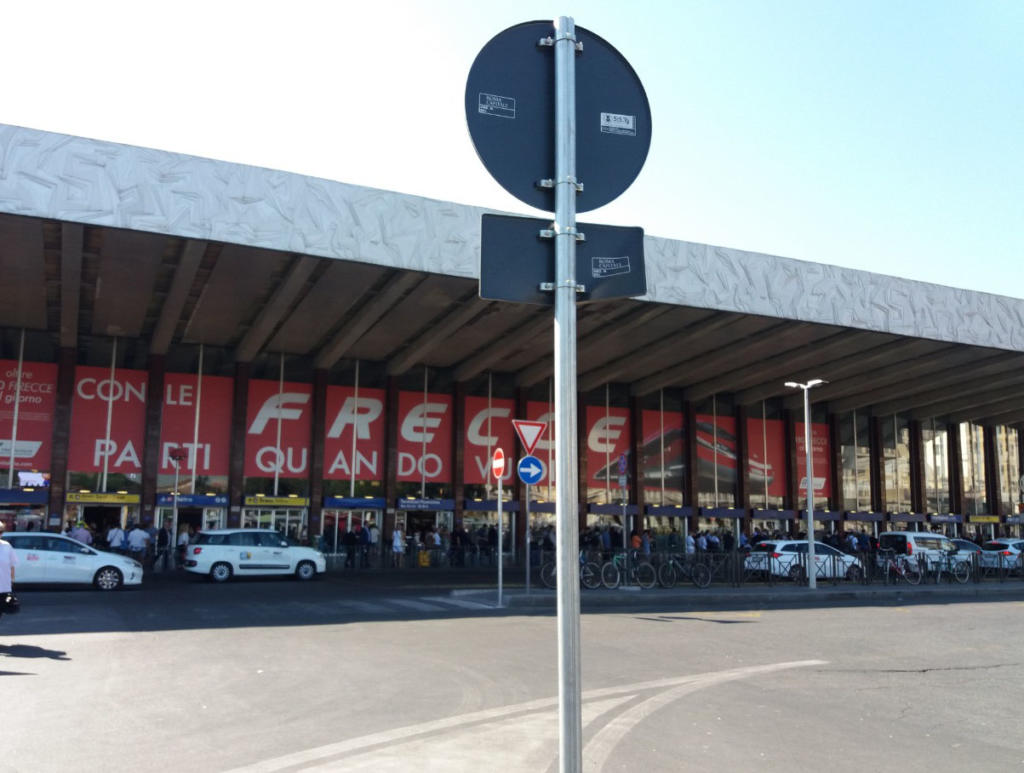 Shortly before I got off the train I was brought back to Rome, I started to look at a gentleman looking from the east, trying to shoot with the smartphone the arrival between Tiburtina station and Termini station.

He was making a movie of the whole sequence and I could not close his eyes.

Why does he do it? … Is it legal? … Is it dangerous? … Is it a terrorist or does it work for someone who has asked for this resumption? Is he preparing a robbery? 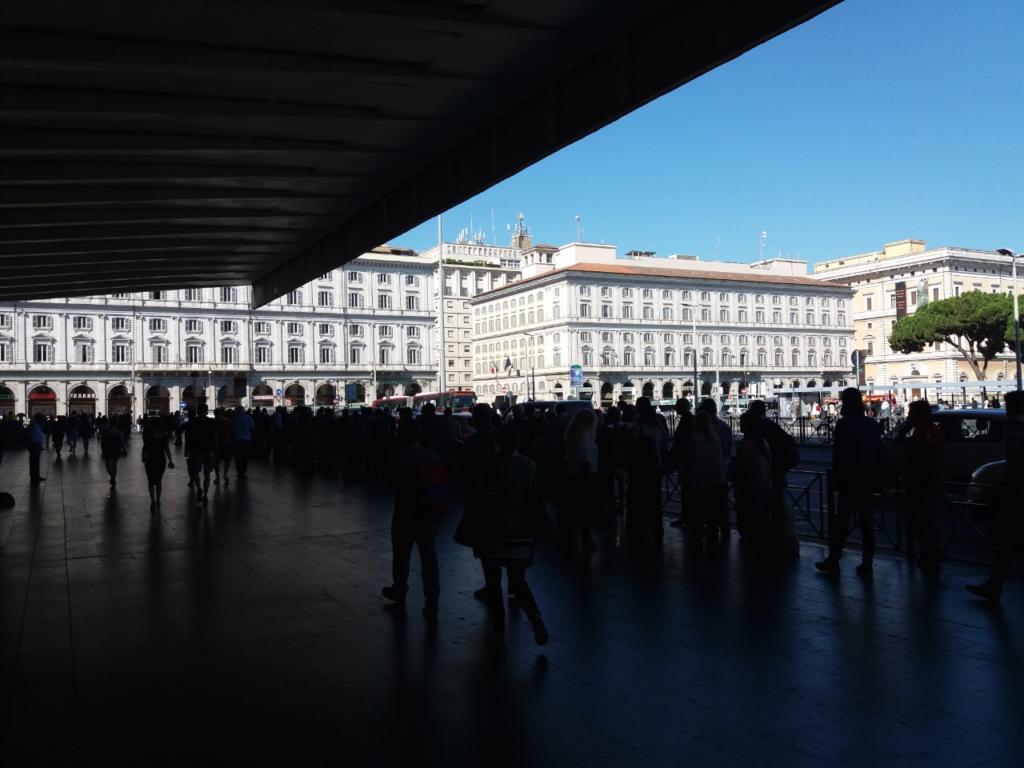 In short, as I watched this wonder instead of enjoying the show, or resuming the operator who “spun” and then reselling it all on youtube I was attacked by the anguished attack.

The anguish broke away as soon as I met the look of my mother who came to welcome me.

“Welcome to Rome! Let’s take a coffee on the terrace, she says, “it’s so beautiful.”

“Beautiful mom? It’s always Termini as it will never be beautiful! ”

I had to get rid of it quickly.

What only architects they were able to appreciate it is now plain for all life and bringing professionalism to a space that for 30 years has always been only a place of passage. 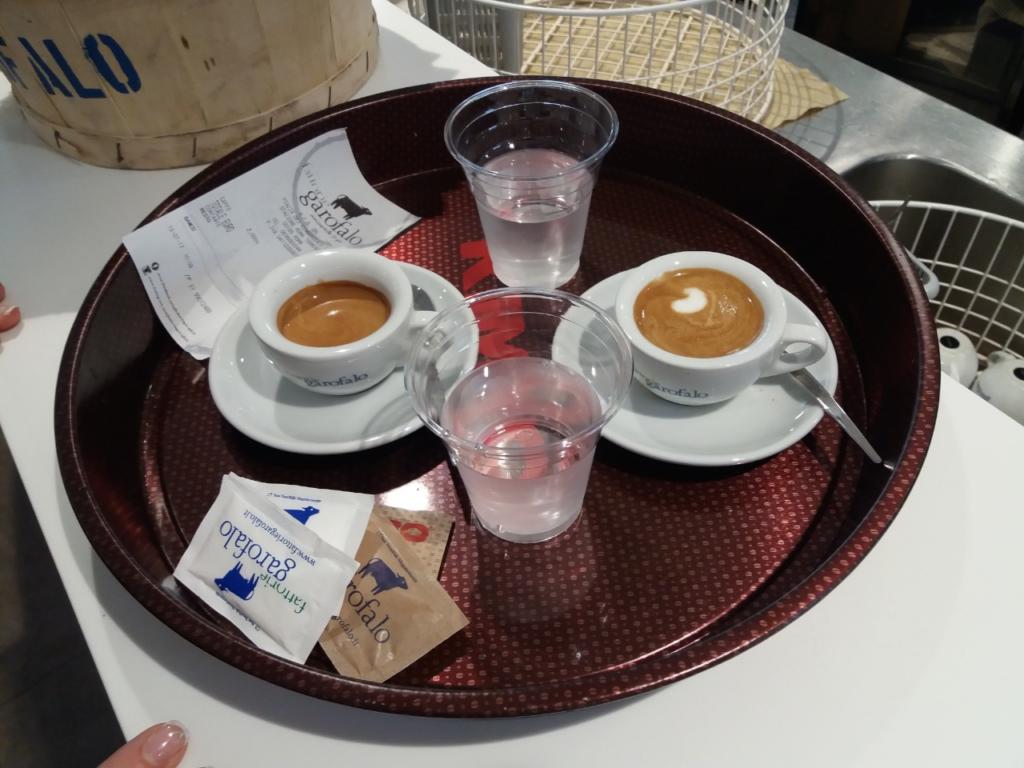 Taking a coffee on the terrace has become a fashion trend and not the need for a traveler.

With the exciting arrival I got to cover those areas observing them with a different perspective.

All that square marble, looking at it from the terrace, is filled with light, dazzling the traveler to prepare it for the shades of red features of the city.

Steel and marble now shine through Via Giolitti and via Marsala but the coolness of these materials has added the scent of cafes.

On the terrace of this large station you can see the national gastronomic excellence, as it is right for a space that is able to accommodate about 480,000 visitors a day.

When looking for a cafeteria I opted for the Bistro Mozzarella Farmer Garofalo. Although in Rome the real Neapolitan coffee is always the best choice.

“Do you like Mrs.? So beautiful she only finds at Gaudi’s house in Barcelona, “he said, adding to the waiter.

They prepare coffee and, as it happens in Naples, approaching the drink a glass of fresh water … without asking for it or paying it as it is custom bells.

This place reminds me of another station and other desires is a bit like going to Naples or feeling in Paris how fashionable it is.

Finally at Termini you can buy good things to taste delicious things and take a piece of Italy on the plane because the Leonardo train to and from Fiumicino airport starts here.

The other thousands of showcases and restaurants I will not tell you have even made an application to better choose on this vast offer.

Around Station is called and is free in association with free wifi. Termini have finally been civilized like the great European Hubs.

Our coffee has been memorable, as the story of the director of the Bistrot Farmhouse Garofalo is a company in the province of Caserta (Capua), which in the last year opened 9 branches: Naples Station and Airport, Genoa Station, Turin Station, Milano Mondadori.

Mozzarella everywhere and for all, even in Paris.

The best-selling product I asked was the young and efficient Andrea Sales Manager where we felt right at home.

The answer: the medium kilo in two pieces of 250 grams.

What a silly question I had, which best souvenir there can be of two delicious spicy daisies just right for a champagne cup …

Now I understand the asian man who was filming and filming. Someone whispered to him that the arrival at Termini was fixed in memory. 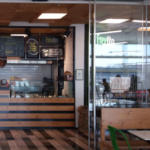 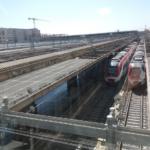 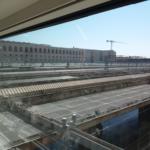 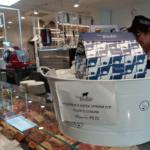 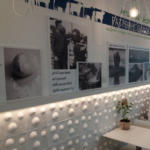 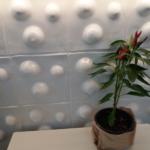 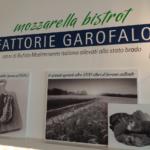 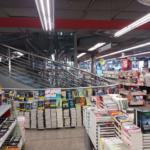 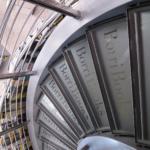 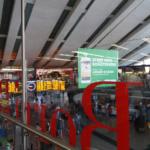 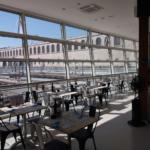 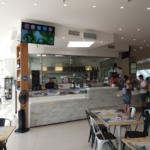 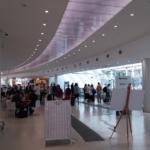 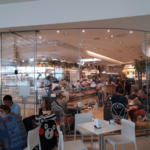