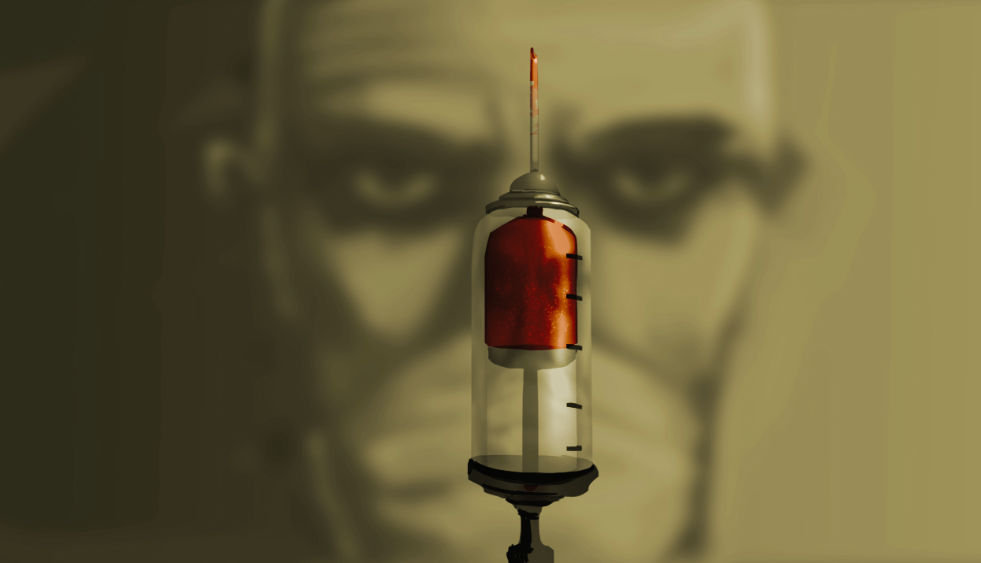 A story set is in Rome, a city of the future that still has some of the present feature. The story sees the protagonist Alan Costa struggling with the jerky traffic of the capital, the sticky heat of the summer and autumn season approaching, the filth and degradation of the city suburban areas with the presence of Magic Rome (the popular name of roman team soccer) and a smell, more and more persistent, “conspiracy” involving all the different characters.

Let’s talk about Bloodbusters the novel by Francesco Verso – writer and publishing representative Italian Science Fiction – these days present at Maker Faire Rome in 2016 for a meeting on “Science and 3D Printing” (Friday, October 14 at 16.00) and Milan for the convention Stranimondi (Saturday, October 15) where it will participate in “signals from the future” by the Italian Institute for the future (IIF), the nonprofit organization that aims to develop scenarios and predictions of the future and promote sustainable policies and long-term Italy tomorrow. 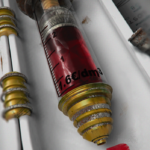 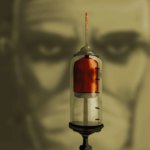 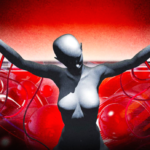 BLOOD (the blood) is the element on which revolve all the different events of a story from the classic structure. As Batman and Spider-Man  have the respective Cat Woman … there is also a heroine to our roman hero!
in a grotesque version spice by “bloody” fights in the districts for the division of the underworld areas from having to check and more …

Just imagine what would happen if taxes were paid by the citizens – no longer through the inescapable demands of Equitalia  (Italian National collect agent) – but through the “payments” of blood? And who does not pay his share of blood becomes a “hematic” tax evader. So arrive Bloodbusters of blood sugar agents that punish the crime with imprisonment … or forced blood sample. It would seem a perfect world if there were no blood donations uncontrolled developed through illegal means of a secret society calling itself “Robin Blood”? 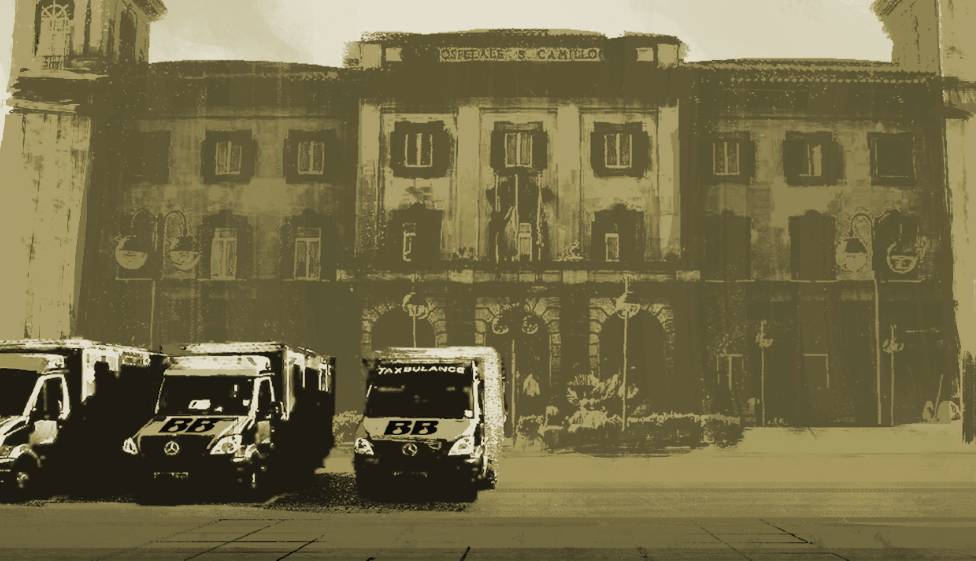 In a succession of images we cross the south of Roma – Eur – Ostiense to arrive in  the north area of the city and with the main character’s voice we meet her heroine. Symmetrical characters and of the opposing faction. Alan Costa is head of a team Bloodbusters while Anissa Malesano, is a compulsive giver of Robin Blood. A team draws blood to give it to anyone who needs it. Grow up of betrayal by his colleagues and deception on the part of his head, Alan discovers the real reason why he was recruited as Bloodbuster, and decides to sacrifice his job to and save Anissa together with his son Nicholas …

How long did it take to mature the story of the novel?
Not much. Unlike other novels, Bloodbusters was born from a chat with friends on the age issue of taxation. From there he came up the idea of writing a grotesque story about this issue. Before I wrote a short story and then I expanded, inserting scenes and imagining further development, until his novel length.

There was a particular episode which gave a decisive boost to the story? There is an image: a hypothetical secret meeting between Finance Minister and entrepreneur in the health sector during which the two make a pact to transform the blood from a public good into a private good and then in “bleeding” tax.

How did you choose the path followed by the characters in this Rome of the future, which does not seem to stray too far from the Rome of our time? Places are, in some way, symbolic?
Alan Coast and Anissa Malesano – the protagonists of the novel – are opposite figure but complementary of each other, both from an emotional point of view, and from that tax. He is bad by necessity, she is generous by choice. He works for an agency of the state and draws blood to pay the mortgage, she is at the head of a gang of subversive – the Robin Blood – stealing blood from the rich to give to the needy. On this basis, their clash is inevitable … but then, as always happens, insert a third element to upset both their lives, changing the balance of power and beginning the story reports.

The Bloodbusters places are as important as the atmosphere, even if they are not fundamental. They represent a Rome abandoned, decayed, prey to all manner of looting.
This is why there are no monuments or places full of history, there are the peripheral neighborhoods, busy streets, the clogged hospitals, alongside places such as the Agency invented Withdrawals behind the San Camillo Hospital, the deposit dell’Ematogen ( a snack made from blood they eat all the inhabitants) under the Central Montemartini, and a new all’Aurelio residential neighborhood. The center of Rome is a mirage, something which the citizens have a fuzzy and distant vision, as if no longer belonged to them, but had become an exclusive experience of those who can afford it. And ‘possible to follow the story through some pictures on interactive map 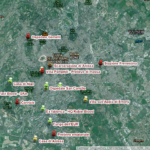 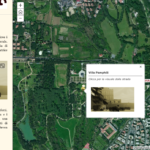 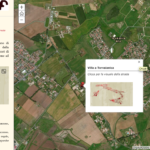 The protagonist, narrator of himself and the other characters, tells not only the events, but moods and psychological profiles. We can also consider it a kind of ferryman of and history?
In my view, the first-person narrator in the present tense works if has an original voice and recognizable, different from the neutral and detached of the omniscient narrator. Why Alan Costa speaks directly, commenting from her point of view, the events in which he is involved, sparing no judgments, opinions and the one that represents his philosophy of life. The light tone – and at times unscrupulous and deliberately over the top – emphasizes the grotesque and surreal nature of the whole story, including characters.

We can consider it an atypical hero, but in its purity, is somehow the everyday heroism of each individual – even and especially Roman citizen – with its strengths and weaknesses is to be sucked from the choices imposed also by socio-politician?
You have taken the basic idea. Alan has to redeem himself, but does not know how to do it until it meets Anissa. The hero is the one that challenges an external enemy, or internal, to improve their condition or to atone for a crime that, in this case, is “fiscally” legalized. Often the hero needs something to be set in motion and the periodic sacrifices of Anissa, his blood donations, convinced him that change is the right choice to make.

Now that you describe, it seems a future official dictatorship?
No more than we already inhabit, where the use of taxes is the last resort – although imaginative – an authoritarian style of government, taxation and bureaucratic. I just walked out and used metaphors of an interesting narrative topic: the extent to which it is permissible to contribute to the common good? And when it is permissible to rebel against something that is morally wrong? And where does personal freedom and social responsibility begin?

Anyone we could compare the Robin Blood today?
The Robin Blood are all those who are fighting against a system that excludes rather to include, beyond economic profit and give without expecting anything in return. A little ‘as Doctors Without Borders: they are idealistic and pragmatic at the same time. Donors are social.
And Bloodbluster?
The Bloodbusters differently are those who accept compromises, they turn away, they see the end of the first half. They are social vampires.

Because you entered football reference?
Because football is the religion of the modern alternative. The match has replaced the Sunday rite of the Mass in the church. The footballers are the new saints, with their adoring crowds, the celebration of the immortal exploits and falls into the underworld of the betrayals of their team, the trivial and rigged races errors.

If today you were to rewrite history which aspects would you change? Not much. Perhaps some additional scene on Robin Blood.
But it could be useful material to a second novel.

So the story keep going?
It could, in the finale is quite open to future developments. For now it is a self-contained novel, but who knows… Anyway I’d like to develop a cross-media project, see the story from different points of view, and perhaps on other media, such as comic and web series. I think Bloodbusters lends itself well to different types of performance. 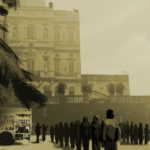 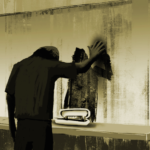 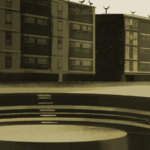 Francesco Verso, born in 1973 in Bologna, has lived for several years in Rome. Twice Urania Award with e-Doll (2008) and Bloodbusters (2014), after an experience in Kipple Officina Libraria as the Avatar series editor, he founded, together with Francesco Mantovani, the Future Fiction label, for Mincione Editions.

Urania Award: what did it mean win?
It makes sense to repeat the joy of 2009 when I won the Urania Award for the first time with “e-Doll”. For a writer it is never obvious repetition, and each new novel is a huge challenge, not only during the writing, but also in the time of publication. Especially when writing genre, and science fiction then, opportunities to reach a wide audience of readers and readers are very few. So there is no better certificate Urania Award to understand that a good novel is written.

You are also a editor of the science fiction series, Future Fiction, for the publisher Edizioni Mincione. What are your future prospects (both as editor and writer)?
For about three years I manage, with Francesco Mantovani, a science fiction series, Future Fiction, for Mincione editions, where the public authors from around the world with the intent of representing the “biodiversity narrative”.

We started with American authors such as James Patrick Kelly, Greeks as Michalis Manolios, the Italian Clelia Farris and Romanian Cristian M. Teodorescu. Over the years we have published the best authors in the field of contemporary fiction as Ian McDonald, Paul McAuley, Ken Liu, Liu Cixin, Olivier Paquet and others who are not known in Italy but they have the same quality as Fabio Fernandes, David Marusek, Xia Jia, Pepe Rojo. In the coming years we will continue the work of scouting because – in the world – there is more open than in the past with regard to non-English-speaking authors, a kind of “literary globalization” healthy.

As for my personal projects, however, I finished writing the first of two novels that make up “I Camminatori (The Walkers)”: the first novel entitled “The Pulldogs” while the latter “No / Mad / Land.” The story revolves around the invention of nanites – nanobots with artificial intelligence capable of assembling vitamins, proteins and carbohydrates – and the consequent replacement of food. The novel follows the adventures of a group of people – precisely Pulldogs – that thanks to the nanites, 3D printing and cloud computing abandon the sedentary life of the city to embark on a path of counter-urbanization returning to popular sites abandoned by means of a kind of technological nomadism of the XXI century.

FLUSH, for example, is a cross-media project (carried out with the support of James Patrick Kelly and Ian McDonald).

The FLUSH is a new drug by the very controversial effects; a drug of which all we need: the silence. Born from a story by Francesco Verso published in the first edition of Kipple Officina Libraria, FLUSH became an audiobook to L.A. CASE Production and was later converted into audio-video installation through BCAA. Now it is also a subject for a web series or movie written by Eugenio Barzaghi, Antonio Cardia Francesco Verso.