Rome is an all-encompassing experience of art, music and contemporary culture

At his first edition A.R.E. – Artists in Rome Experience 2017 is part of the 40th edition of the Estathe Romana for a full week from 4 to 10 September 2017 in prestigious locations such as the Bridge of Music, Guido Reni District and Monk Club.

“Music to Listen and Dance Music, Art to Watch and Art to Live”; With great attention to emerging Italian and international artists and talents, and the excellence of their performances. 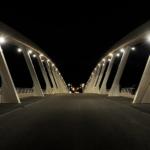 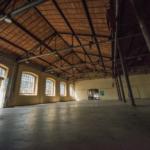 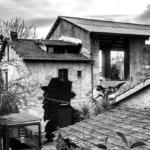 A.R.E. Develops in unconventional spaces with so many initiatives during the day and evening, a kind of “boutique festival” with the center of music and all that cultural movement that revolves around it, from visual art to performances, from exhibitions and art installations , Also site specific, to virtual reality entertainment and innovative technologies.

The “Talent Prize, the best off” exhibition at the Guido Reni District, a photographic reproduction of the works of the winners of the visual arts competition promoted by the magazine that will host the great show scheduled at Macro in December 2017 on the occasion of the ten-year Talent Award Prize 2017.

The “Top Cover Story” exhibition with works by some artists for the limited edition InsideArt cover. On Friday, September 8, the Monk Club is scheduled for an evening with the relationship between

Art and sound: this is the second appointment of “ligths on ligths off”, initiative by which InsideArt inaugurated its exhibition space Fondamenta. 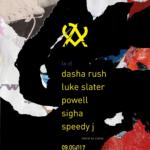 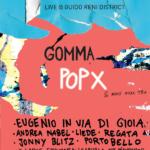 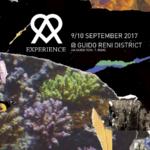 In collaboration with “LCF – Live Cinema Festival 2017”, the show of the Estathe Romana at MACRO, the “Audio / Video” performances presented at the Guido Reni District will be unprecedented previews that will be performed in full during “LCF – Live Cinema Festival 2017 “and” LPM – Live Performers Meeting 2018 “(International Review with European Community Patronage). The AVnode and FLxER crew will accompany the musical performances with visual themes and will be protagonists of spectacular 3D projections and mappings at the Bridge of Music.

Starts on Monday, September 4, at the Fondamenta studio (via Arnaldo Fraccaroli 9 at the corner with Via Guglielmo Stefani, M: Monti Tiburtini) at 6.30 pm with the press conference for the presentation of the event for journalists and staff members , With exhibitions by InsideArt and dj-set to follow emerging talents of the panorama of Roman electronics.

Tuesday, September 5, from 18.00 to midnight, at the TA – Tacito 18 (Tacito Street, 18th, Town Hall I) will be the national emerging dj players and the installations of the crew “Iydliyaf”.

Wednesday 6 and Thursday 7 September will be dedicated to the Bridge of Music (side Piazza Gentile da Fabriano): from 3 pm to midnight live music with emerging talents and some international guests in the evening. A kids area and small exhibition spaces will be set up, and in the evening the LCF crew will “color” bridge infrastructure with light games and video mapping projections. On Wednesday, September 6, various hip-hop talents of the Roman scene will perform until 19 o’clock in a “Freestyle Open Mic Battle”; While in the evening will be animated by the acoustic orchestra of “Comemammamhafatto” and by the contemporary dance show “Urban DanceArea in Rome” by the Academic Performing Arts School. On Thursday, September 7th will be the 8 live-set at 19:00 and then the evening with the presentation of the “Festina Lente” label with several guest producers and the exclusive performance of Francesco Tristano.

Friday, September 8th A.R.E. – Artist in Rome Experience will move to the Monk Club in Via Giuseppe Mirri, a striking musical space in the Roman panorama and the center of art and culture throughout its annual programming. From 18.00 o’clock the aperitif by the crew of Radio Kaos Italia and, in the exhibition hall, an evening of art and sound, with the exhibition organized by InsideArt “ligths on ligths off”. In the lounge will be hosted the audio / video performances of LCF 2017 artists, while in the evening there will be emerging bands of indie music, including “Il Branco”, to open the live concert of the international band “Clap Your Hands Say Yeah” . The evening will be performed by Rock Rave Rome, with contaminations of genres such as Indie Rock, NewWave, Synth Pop, Brit Pop, Indie Pop, Alternative Rock, Punk Rock and Pop Punk.

Saturday, September 9th A.R.E. – Artist in Rome Experience in collaboration with “Amore Experience” presents “DJ @ GuidoReniDistrict”, a selection of internationally renowned international djs, to which some Italian talents will come alongside, following the precise criterion of accurate music search. From 18 to 22, the visual arts will be the protagonists, with the official previews of Audio / Video performances by LCF 2017 (“Mapping Gaming” by FLxER Team, “Golden Selection” by VJ IT, and “See The Noise “by VJ Elettra) and with the exhibition that will be set up by InsideArt in the outdoor area dedicated to the works of the winners of the last 9 editions of the Talent Prize. Popular guests will be the young English producer Powell, one of the eclectic interpreters of the electronic scene of recent years, and German Sigha, who in his sets passes techno sounds to a more noise and experimental genre, bringing the dancefloor to rhythm More abstract and esoteric. In the panorama of young emerging Italians, Frank Storm, Asylum, Annika, P41, DEcomposer, Guxi, Georgia Lee, Meowtune, VSC, and others will be hosted at different locations. Dasha Rush will be the protagonist of the Visual Room with his DJ set, which blends industrial sounds with minimalist atmospheres, exploring the emotional side of electronic music as well as the symbiosis and the conflicts between sound and Other artistic expressions. In the Black Room the evening will see the two pillars of the European electronic scene, British Luke Slater and Dutch Speedy J. Luke Slater (aka Planetary Assault Systems / LB Dub Corp) can boast over 20 years of high-level productions, many Of his projects have become a point of reference for so many artists in the world and his dj-sets succeed in marking a close continuity between analog sounds and digital instruments. Speedy J was the first artist in Europe to follow and redefine the techno music developed in Detroit, and is still the most respected producer and dj of the whole scene; Collaborates with many important artists in different projects and is the soul and mind of the Electro Deluxe, a historic free label to experiment without following commercial dynamics as well as a real platform for its collaborations. His DJ set will be the futuristic musical closing of the first Dj-devoted evening and the contamination of music and visual arts.

Sunday, September 10th A.R.E. – Artist in Rome Experience, in collaboration with “Amore Experience”, presents “LIVE @ GuidoReniDistrict”, 2 stages with live music performances, performances by hip-hop artists and indie bands of the national panorama. On the outside of the structure, from the afternoon you will be able to take part in the event, enjoying various initiatives, not just music, but also panels for street-artists, vintage markets, children’s areas, independent labels, illustrations Created ad hoc for the event by young artists including Andy Ventura, Alfio Martire, Cassandra, Dianthus and Bad Moon Rising Production. InsideArt will set up the “TalentPrize X Edition” exhibition, where the finalists of the tenth edition of the visual arts competition will be presented to the public. Sunday’s music program begins at 4.00 pm with performances of emerging talent on both stages. From 16 am to midnight, on the stage “Indie” will be the stars of Andrea Nabel, Le Larve, Liede, Losburla, The Wanderer, Ephimera, Portobello, Eugenio in Via di Gioia and Jonny Blitz in the afternoon. Their first hits and new songs from the album “Tosca” and the Pop X group of “Bomb Discs”. The evening will continue with the “live” music proposals by FYR.

The hip-hop stage is entrusted to the Sweatdrops artistic direction: from the 16th there will be young artists of the crew, and in the evening exclusive exhibitions of artists who are strongly ascending in their respective genres, the evening will continue with the orchestra of Collective “Comemammamhafatto” that will propose a Jam Session improvising collaborations with live musicians.

The A.R.E. – Artist in Rome Experience is part of the Estat Romana program promoted by the Roma Capital Capital of Culture and the Cultural Growth in collaboration with SIAE.