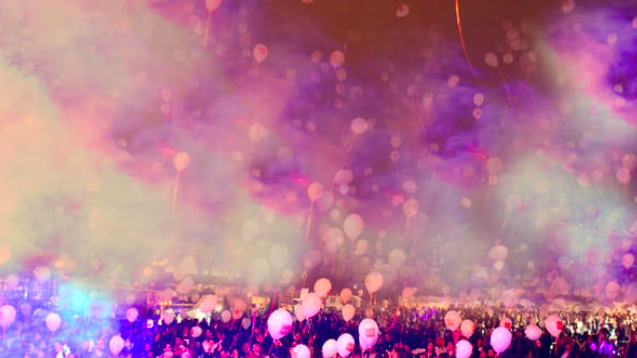 Rome the caput munditurns 2770 years from the day of its foundation, April 21, 753 BC and opens the festivities for the Christmas of Rome, invaded by several appointments.

ETERNA proposes the birthday countdown with event hastag # 2770 and begins today the party that will continue for three days with exceptional guests and strictly free events on the bank of the Eur pond. Organized by the ASD Palio di Roma ETERNA # 2770 is the second edition of the festival featuring music, cinema, art performances, street art, spaces for cultural workshops, food, sports and fitness to rediscover the pleasure of being together and belonging to the fabric Urban, united by the symbolic balloon launch on the evening of April 21 to celebrate the birthday of Rome.

ETERNA is a container of talents, less known emerging artists and more popular faces in the musical, artistic and cultural fields. To be involved is “romance” from all points of view from culture to entertainment.
How do the young organizers of the capital chapel Alessia Acciari and Nasmia Mia Mallah explain.

What is ETERNA?
ETERNA represents a 100% made festival in Rome: it takes place in Rome, Rome and Rome, for the city and the Romans. The festival is a tribute to the eternal city of excellence and to the Romans, to its being for centuries a place that continues To be a point of reference for the Romans and not … but especially for the Romans who could not live without their city! They need Rome, they represent the EROI of this city.

In fact who are these heroes?
The “Heroes of #Eterna” are all those who allow the manifestation to exist, from the participants in the Free Stage (one of the events present at the festival to offer a showcase where to show their talents in public), the artists who “will donate” Pallets, to you who write about us. We started to talk about heroes one day per game. We were making calls, taking appointments, and we realized how much to live in Rome is heroic. Daily business is not easy in Rome, but we do not want to give a negative idea to this concept, indeed. We believe that living in Rome is an adventure and an emotion but we do not forget that the Romans are heroes because despite the difficulties Rome does not lose its soul, that of being the Capital of cultural activities, associations, events, good food and smiles . Rome is beautiful, we love it but it is only thanks to its citizens and we thought we would dedicate it to a party.

Eternal is the feast of the Romans and they are our heroes.

You are at the second edition of ETERNA, what does it propose different from the previous edition?
Last year’s edition was a surprise and for this new year we decided to double the activities, rather than triple them. Eternal # 2769 featured concerts, children’s area, street food, Maupal Street Artist and the traditional symbolic balloons for celebrations. Today it has become richer and more engaging: this year, in fact, the program sees more and more participants for each section.
For example, outdoor cinema is one of the great novelties: when we talk about Rome, we can not but talk about cinema, for this reason thanks to the involvement of various Roman realities of independent and non-cinema (such as KINO, Medusa and University La Sapienza) we have selected a series of films that will be screened during the three days of the festival.
Another great novelty is the Palco Libero (Free Stage). It is a stage devoted to the presentation of its artistic creations. A stage devoted to all Romans who create Rome. This is not a talent, each participant will be given half an hour to present their own project / show. In our idea it would be a sort of “Carosello” dedicated to Rome, a way to get acquainted and create a network.

What does ETERNA want to represent?
In general, ETERNA’s goal is to create social aggregation through art, culture, food, sport and attention to children, families, the elderly, all those who make our city alive. Within the Palco Libero (Free Stage), the #portainonni initiative is an invitation to action. Rome is made of history, and the Romans, our heroes, have so many stories to tell: who can more than grandparents pass it on? To know Rome yesterday, to re-propose that “oral and sharing” story to share the history of the city by those who have seen it change under their own eyes. During the three days the grandparents (and not only) will be able to climb on the Free Stage and tell a story spontaneously, without reservations. We really hope that shyness does not make her a master and they will share their experiences with us!

We want to awaken romance, sense of belonging, but above all the idea of ​​community: we believe that Eternally besides a container is a glue.
From here is born the new ArteXRoma project that involves artists like Franco Losvizzero, Omino71, Mr. Klevra, Moby Dick, Ironmould, Teddy Killer, Giulia Bannister of Vara among others. In 15 artists will give 15 works to the Roman municipals, an urban art project that will see the classic pallets used as canvases, support for unpublished works for the city.

The artists that will perform are many, all in the name of romance: from Dario Rossi to the Muro del Canto, for example for music; Maupal, Diamond and Gabriele Cigna, who personalize three live Vespa scooters live; KINO and La Sapienza for the cinema, Rome web film festival, 999contemporary and a.DNA project to talk about urban spaces and art regeneration, among the various guests accompanied by Roman food street proposals, children’s workshops, Fitness and sports activities with Fabio Damiani personal trainers of Heaven gyms, postural gymnastics and physical activity for sweetly waiting women.

There are so many different proposals from the festival that invite the Romans to attend their free appointments to celebrate Rome, the eternal city!

One comment to “GOOD BIRTHDAY ROME! With ETERNA festival to turn off 2770 candles with many events from 21 to 23 April”