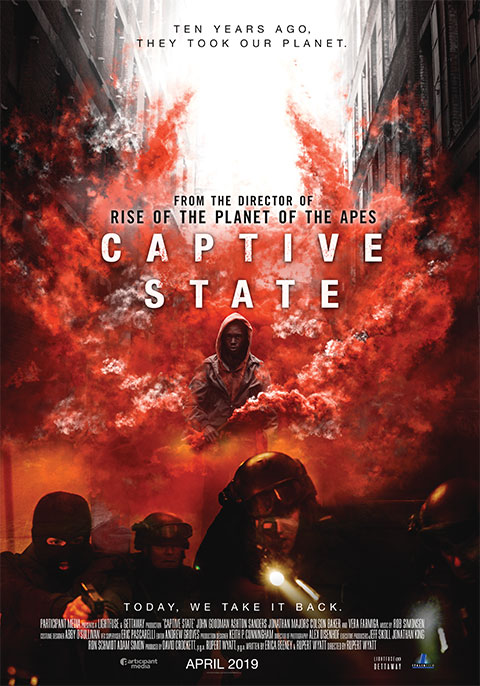 It’s difficult to categorize this film… It’s sci-fi, but aliens are allways hidden, War, but the battles are only told, action, but often the sotry seems be very very slow, heroic, but the heroes are not beautifull and smart and seems in fact the opposite dirty and nasty.

Write (with is wife) and directed by Rupert Wyatt, with a noir atmosfere and unusual location of Chicago, the film takes us in 2025, after 9 years of Aliens’ domination, wherethe human race is divided between collaboratos and population, tring to survive in suburbs.

It seems a noir film about spies and resistance of IIWW (with an homage to classical film like “la battaglia di Algeri” or L’armée des ombres, a building is named Melville), but the format could be fit to every fight against tyranny (even finacial).
It’s the story of Gabriel (Ashton Sanders), who want to leave the town looking for a better future, and his missing brother Rafe (Jonathan Majors), that his an icon of resistance.
A good film , but dont expect the classic american bloockbuster full of special effects. 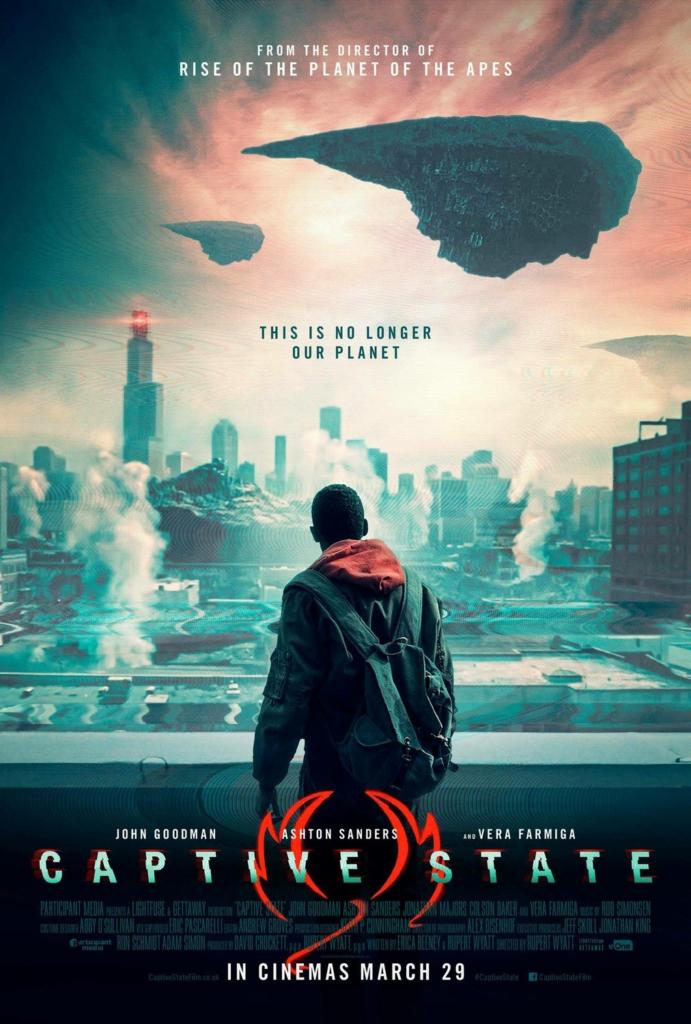 After 10 years of extraterrestrial occupation, residents of Chicago must decide whether to continue to live under alien rule or support the resistance. When young Gabriel Drummond joins the insurgency, he soon finds himself under careful scrutiny from a shadowy figure who’s trying to crush the rebellion and its plans for freedom. 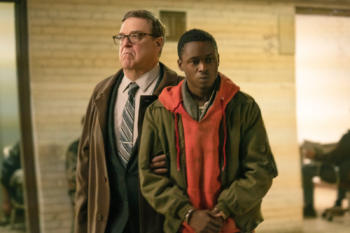