On stage from 22 October until 8 November, “Bad Guys” is a choral drama. The actor Francesco Montanari and the cast composed by 16 young actors play a social drama set in a juvenile prison, written and directed by Veruska Rossi and Guido Governale. 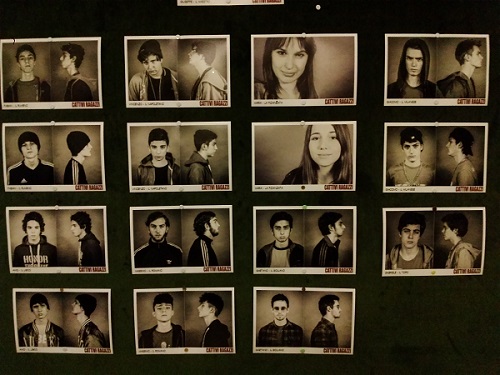 Massimo the Roman, Gaetano the Sicilian, Vincenzo the Neapolitan, Giacomo the Northerner, Fabian the Rumanian, Amid the Lybian, Gabriele the Mouse. Seven different lives, but all associated by a ineffaceable past, a listless present and a future without prospects . Resignation rules above these young unfortunate lives. These guys shadow their own tragedies and fragilities under an armor of disregard and agressiveness. Since one day Giuseppe Scianna (performed by Francesco Montanari) comes in the prison. He is a teacher, he comes from Sicily. He seems uncouth and unprepared, but to tell the true he is very determineted to pursue the goal of helping these guys to recover their lost dreams and to start hoping again. At the beginning it will not easy: he shall come up against guys’ aggressive behaviour. They challenge him testing his pacience. But at last, thanks to his authentic humanity , Giuseppe will let him into their heart. The teacher even wins over the most antagonistic boy, Gaetano, sicilian like him. Gaetano recalls his brother: the two have even the same name, Gaetano , ” Tano ” , in Sicilian affectionate diminutive used by the theacher . 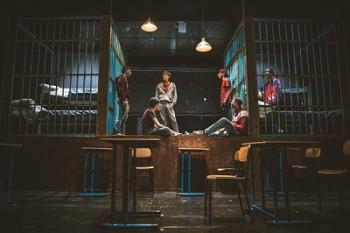 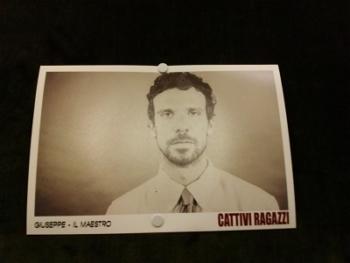 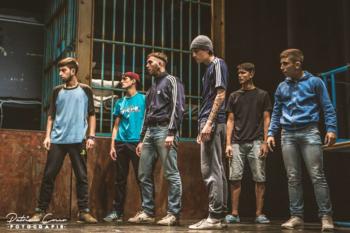 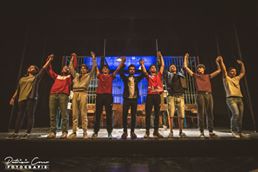 Not explicitly stated, but one senses that the brother of the professor died , because involved in some criminal activity and that is why, perhaps , Giuseppe decides to deal with the reinsertion into society of guys who are likely to end badly, just as the his loved and lost brother Tano

After spending a year with these guys, his first class, alternating small victories and defeats , Giuseppe has no news of them , although he likes to imagine that each of them has found its way and realized his dream .

But one day he receives a letter by Gaetano , who informs him that he continued his studies up to university, himself who refused to learn to read and write . The letter ends with these words contain some ‘ sense of the whole story ” Dear Joseph , is not it true that “ a leopard can’t change its spots ” . Change is difficult , but not impossible .

When you deal with a theme edgy as juvenile delinquency risk of falling into pathos or rhetoric it is around the corner . In ” Bad guys ” this risk has dodged, addressing topics uncomfortable and indigestible with clarity , humor and a good dose of honesty .

” The text is intended to give a positive message but not trivial – say the authors and directors Veruska Rossi and Guido Governale – namely that the rediscovery of the ‘ good side ‘ of each character goes through acceptance of his own mistake, which must be done without being overwhelmed by the resignation . “

The characterizations are effective and powerful , thanks to a close-knit cast and passionate .

Francesco Montanari , which we usually see in the role of heroes in the dark as the Lebanese in tv fiction ” Crime Novel “, here plays a good hero without falling ever hagiography . His characterization is balanced , brilliant and ironic .

Incidentally Montanari has already demonstrated his versatility as an actor not just behind the video camera on the set , but also on the stage , as in the play The greatest century of my life with Giorgio Colangeli , written and directed by Alexander Bardani and Luigi Di Capua, on stage ever Teatro della Cometa in the last theater season .

And then there are sixteen young actors who took turns in a double cast ( Andrea Amato , Veronica Benassi , Federico Gonzo , Francesco Buccolieri , John Crisanti , Ileana D’Ambra , Manfredi Di Placido , Nicholas D’Ottavio , Gabriele Berti Daniele Felici Riccardo La Torre , John Nasta , Alexis Selli , Diego Tricarico , Lorenzo and Lorenzo Zurzolo Vigevano ) . They are all part of the School of Acting “Omnes Artes”, consists of teenagers aged between 14 and 18 years and of which Veruska Rossi and Guido Governale are artistic directors and teachers , having founded in 2009 .

The young actors “Omnes Artes” were very clever at characterizing credibly guys very different from them in both lived in that way to express themselves (they have played so effectively realistic foreign accents and dialects of the characters ) .

Interesting is also the choice scenic. The stage was divided into two areas : at the top there are the cells , where at night obsessions , nightmares and confessions of the guys come out like ghosts ; the bottom is the classroom where the day the kids interact with the theacher , with the bravado masking insecurities.

It contributes to creating the atmosphere and razor even music, entrusted to the rough and pungent notes hip hop Gemitaiz and Frenetik & Orange .

Finally, the parable despair – hope is represented by careful choice for directing the opening and closing of the show . In fact, in the opening scene we see the protagonists playing soccer in the classroom aggressively and hitting each other, to the tune deliberately distorting famous song by Gary Jules ” Mad Wold ” ( the text of which is particularly appropriate to introduce in the story ) ; in the final scene on the notes of the same song we’ll see the same guys struggling with brushes and colors joking with the teacher , drawing with the imagination can a better future .