A very good film, even if simple and small, a very good film for people that want just smile but also for people that love film culture (there’re more than 50 quotes)
Walter Veltroni (democratic italian politic) , after documentary films and tv series, starts with a “small film” filled of his love for film culture and italian commedy.
Two stepbrothers (Stefano Fresi and Giovanni Fuoco on his debut) different and opposite, who never knew each other existence, forced by the destiny to live togheter in a road movie .

During their trip, that changes everyday to prevent for ending, they meet Simona and her doughetr Francesca (the singer Simona Molinari and the roockie Francesca Zezza) and this will changes theri life forever.
Great soundtrack with a mix of 80’s hits (the same age of Rainbow ice cream loved by Stefano) and original songs, and a special guest jean Pierre Leaud, lead of Truffaut’s “Les Quatre Cents Coups”, who plays himself. 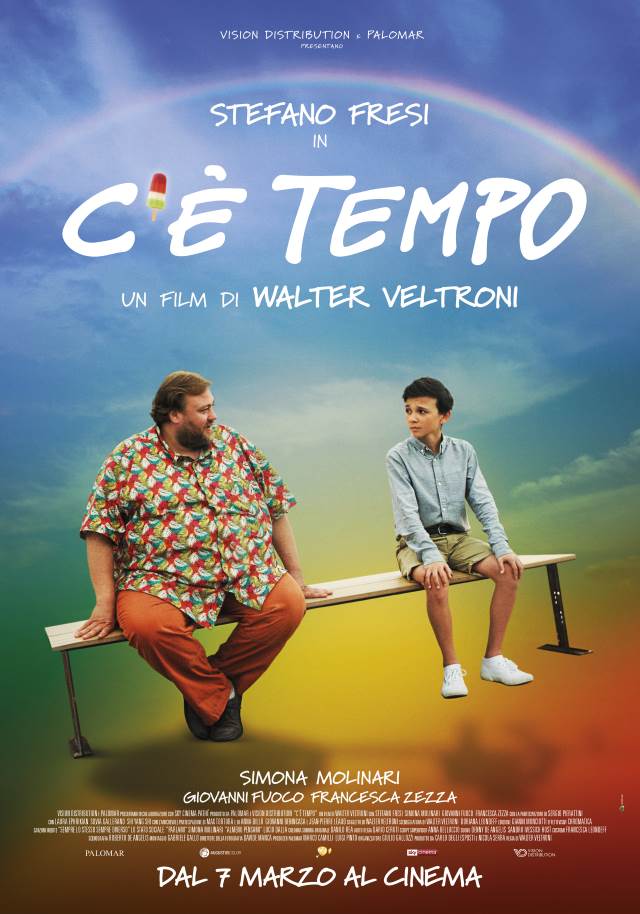 SYNOPSIS FILM C’E’ TEMPO (THERE IS TIME)
Stefano (Stefano Fresi), aged forty and immature, lives in a mountain village and does a bizarre job: the observer of rainbows. At the death of his father, never known, he discovers he has a thirteen-year-old half-brother, Giovanni (Giovanni Fuoco), too adult for his age. Without any intention of taking care of him, Stefano leaves for Rome and accepts his protection only to receive a generous legacy in return. Deeply different, the two embark on a journey by car that, between initial diffidence and sudden complicity, is colored at each stage. The meeting with the singer Simona (Simona Molinari), on tour with her daughter, will be the turning point in the relationship between Stefano and Giovanni who, on the way, will discover how being brothers can be amazing, just like a rainbow twice overlapped.