I would like to tell you about Umberto D , a 1952 film, written by Cesare Zavattini and directed by Vittorio De Sica , dedicated to his father Umberto thrilled to tell you about this masterpiece, let’s see if I can make it as interesting as the movie!

Presented in the national premiere on 21 January 1952, as was the case with the previous Bicycle Thieves, there were also many protests and criticisms for Umberto D. the usual old story according to which “dirty clothes had to be washed at home” and certainly not engraved on a film that would have attracted attention abroad. In this regard, I quote the quotation of a very famous Italian minister of the time and also of the following and the following one again:

“De Sica wanted to paint a social scourge and he did it with skilful skill, but nothing shows us in the film that gives that minimum of teaching […] And if it is true that evil can be fought also by exposing the cruder aspects, it is also true that if in the world one is led – erroneously – to believe that De Sica’s is twentieth-century Italy, De Sica will have rendered a bad service to his country. ” so said Giulio Andreotti after seeing the film.

“What is the point of a film like Umberto D, seven years old from Roma Citta Aperta, with the crisis of neorealism proclaimed” officially “the year before by the same left – to which these films are juxtaposed, sometimes inappropriately – with an article from the magazine “Vie Nuove”, and with Italy rapidly approaching the economic boom? From a commercial point of view, success is precluded, and every year three times more films produced in Italy come from America. same time frame, even more than those made in the US in the same year (there is the recovery of pre-war films previously blocked by an embargo), a few years later it will be the turn of the mythological epics of the Hercules and the Maciste, the cachets of the stars are on the rise and television is looming.

The original meaning must therefore be sought first of all in the still extremely complicated material conditions to which the categories that have not been able to take advantage of fifteen years of runaway inflation are forced, in the decade of the absolute domination of capital over labor. It is therefore still a moral duty to flaunt the dirty clothes of the Belpaese in the wind, rather than hide them or wash them in the family, as under-secretary Giulio Andreotti would like, a great supporter of the rebirth of Italian cinema as long as it is not political: in the latter case, the cleaver of the divo Giulio crashes on the films and on the directors like the truncheon of the Celere of Scelba on the workers on strike.

And the sixth film by the couple Vittorio De Sica-Cesare Zavattini opens with a demonstration: of pensioners, “the pariahs of the nation” according to what is read on one of the signs. Umberto (from the name of the director’s father) Domenico Ferrari – played by the non-professional Carlo Battisti, in the life professor of glottology at the University of Florence – is with the protesters, to ask for the increase that would allow him to avoid eviction, from the room where he lives with his dog Flik, ​​threatened by the hateful hostess. In the continuation of the story we find all the trappings of the Zavattinian poetics of stalking and the usual inimitable gaze of De Sica, more radiant and deeper than ever.

At the center, the human story of the protagonist, an elderly person who tries to face economic misery, physical decay and existential loneliness with dignity and without resignation. The only relationship he has with his servant Maria (Maria Pia Casilio), his only space is the room, while a Rome overflowing with productive people, licensed soldiers, blooming loves sprout. Umberto can at most reach other places of more or less forced captivity, a hospital or a kennel; money does not rain from the sky, asking for charity is too degrading. The authors expand their agony as much as possible (but the most famous and successful episode of this work on the times of the story is the awakening of the girl), freed as much as possible from a real dramaturgical progression. The individual sequences have their own life. But despite this – or precisely because of this – emotion mounts to unsustainable levels.” 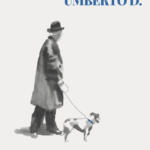 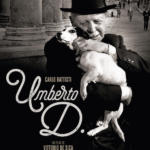 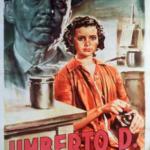 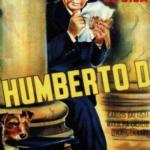 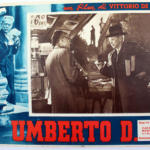 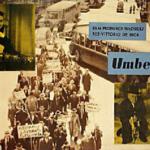 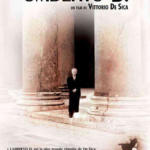 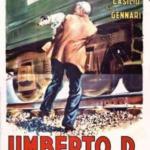 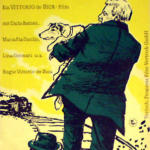 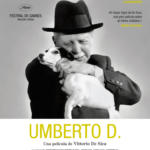 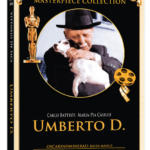 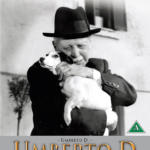 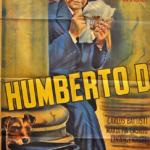 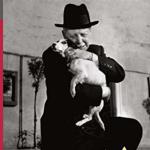 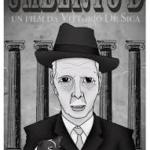 It is said that Carlo Battisti – interpreter of Umberto D. – in real life, as mentioned above, professor of glottology at the University of Florence and author, together with Giovanni Alessio and other collaborators, of the Italian Etymological Dictionary (DEI, in five volumes, published in the years 1950-1957), here at his first and only film, at the audition, for the emotion, he presented himself wearing two ties.

Trama. We are in Rome. An unauthorized retirement march, whose signs say “Increase your pensions. We have worked a whole life », he is cleared by the police. Some elderly people take refuge in the atrium of a building: among them is Umberto Domenico Ferrari, an official at the Ministry of Public Works for thirty years with a pension of 18,000 lire a month. At noon, Umberto goes to the soup kitchen where he sells his watch for 3,000 lire to pay the rent. Back home he finds his room temporarily occupied by a couple to whom the landlady has sublet the room in his absence: he protests but the hostess, in response, threatens to be evicted if he does not pay the arrears.

How wonderful gentlemen, how wonderful.
What do you think? 🙂
(https://www.facebook.com/IndagineDiUnaCittadinaAlDiSopraDiOgniSospetto/posts/)