June 29, 2015 in Rome has opened the summer festival of film schools. In the courtyard outside the Liceo Mamiani it has opened the season with a screening of “Song’e’Napule” Manetti Bros.

Until 6 September 2015, schools and the University of La Sapienza University in Rome opened its doors to the Italian and international cinema with a new exhibition organized by the Department at the School of Roma Capitale in collaboration with the network “Arenas of Rome”.
In four institutes and universities capitolini the Roman summer 2015 will have many outdoor screenings. The arenas are between center and periphery, with a program finally attentive to independent cinema, to first and the issues related to youth.

The program of this first season before 2015 was presented in high school Mamiani, in the district Prati, including a choice of 50 film-

One of the arenas in schools is a project thinking about the vocation of this city and is the idea of ​​schools open and shared with citizens. With the cooperation of the leaders of the communities and schools and universities throughout the summer places of education will be open spaces and a living: “schools and universities will become reference points for the night life, in the center as in the periphery.”

Programming, as well as offering the best films of the last cinema season, will have its strength in scheduled meetings with directors and actors.

Special attention, given the location of the projections, was given to youth issues through films, from a world wide, which tell the implications and implications. These films will be screened in their original language, with subtitles in Italian. It will start in July with two films from South America: Venezuela “Pelo Malo” and the Colombian “Mateo”. It will continue with Serbia, with the film “Son of None”.
Even the schools will have its focus thanks to Italian and foreign films that screened one day a week, they will describe problems, qualities and relations between the younger generation and the study.

The schools involved, in addition to Mamiani, are the Comprehensive School “via Cornelia 73” Boccea, where the projections are to start on 13 July and will end on September 6, and the Elementary School “L.Franchetti” in Piazza Gian Lorenzo Bernini in San Saba, open from 13 July to 31 August 2015. In addition to the Roman institutions, has opened its space to film even the faculty of engineering of the University of La Sapienza, with the projections in the cloister of San Pietro in Vincoli.

Friday, July 3, 2015 meeting with the director Agnes Thomas, author of the film “My name is Maya.”

Sunday, July 5, 2015 will be instead the young Ciro De Caro to talk about his “Spaghetti Story” revelation last film season.

Wednesday, July 8, 2015 the star of the evening will instead be the director Marco Simon Puccioni that “Like the Wind” directed an extraordinary Valeria Golino in the film which tells the dramatic story of one of the first women to run a prison in Italy.

Saturday, July 18, 2015 to meet with students and the public Arena Mamiani’ll Fabio Gagliardi, among the interpreters of the charming “18 Hours in point”, self-produced by film director and actors who won the juries of numerous awards also overseas.

Sunday, July 19, 2015 will be the turn of another young director, Nicola Campiotti author of “It will be a country.”

The ticket price is available to all:
4 euro for students and their families and Romans 5 € for all other spectators.

The full program can be found on the pages of the official website www.arenediroma.com 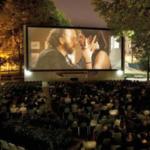 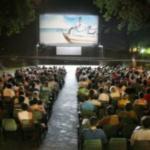 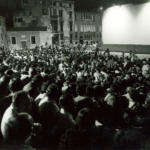 Arena of the cloister of San Pietro in Vincoli

From June 25 to September 6, 2015
Faculty of Engineering at “La Sapienza”
Via Eudossiana 8 (Cavour / Colosseum)
ARENA OF THE CLOISTER OF SAN PIETRO IN TIES

The official site of the cultural association that usually organizes arenas Capitoline, says that many of the main areas that are usually dedicated to open-air cinema will open July 10, 2015.

The first appear on the official website of the organizers (www.arenediroma.com). On 10 July 2015, they opened the ‘Arena Garbatella, l’ Arena Villa Lazzaroni, l ‘Arena San Saba and the’ Arena Cinecitta.

From July 15 to September 15, 2015
Piazza di Cinecittà 11-00174 Rome, Italy
Inside the Rome City Hall VII, in the spaces of the historic Cinecittà Studios

Around 70 evenings, until 6 September 2015. Movie lovers, who will find the House of Cinema the ideal place to spend the warm Roman evenings in the company of the film, called the seventh art, Saà lived through cycles theme.

Under Exposure – Casa del Cinema 2015 will offer every Sunday the exhibition Expo 2015, a journey through dreams, limits and utopia. From north to south.

On Wednesday however, the film is combined with the music. By partnering with the satellite TV channel Sky Classic HD, l ‘arena of the House of Cinema film in 2015 will propose the greatest films made on theater stages and starring the biggest names in music: from Luciano Pavarotti to Placico Domingo, passing by Claudio Abbado .

Dedicated to a younger audience the evening of Friday, called Super Bad and in collaboration with BadTaste.it. The super heroes who have shaped the history of cinema, from Iron Man to XMen.

Dedicated to western instead is on Saturday evening with the show Go West Boy!

From 9 to ‘July 11, 2015 there CEOS instead Romafrica Film Festival, dedicated to wealth and dreams of the African continent.