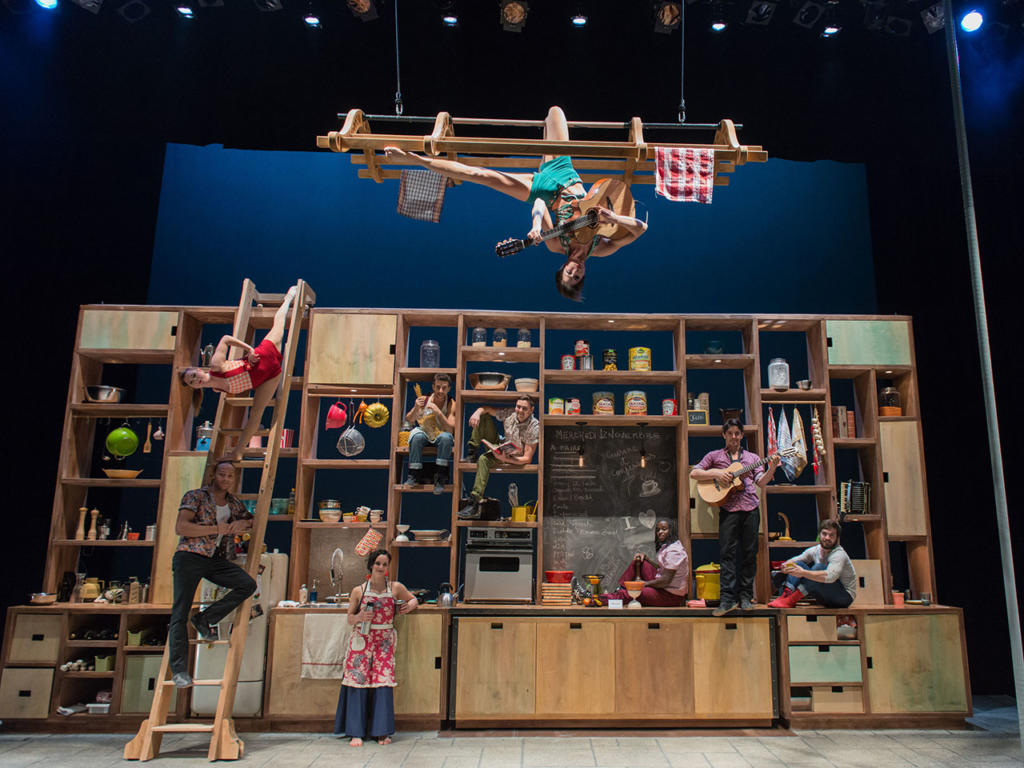 “Cousine & Confessions“, created and directed by Shana Carroll and Sebastien Soldevila, inspired by the Suzanne Taylor’s book “Young and hungry” was on stage at the Brancaccio from November 25 to November 29, as part of the Roma Europa Festival 2015 (Music-Theatre -Danza-Circus-DigitalLife), thrilling and amusing the audience. Artists performers are part of the Canadian company of theater and circus arts in Quebec: Les 7 doigts de la main, or “The seven fingers of the hand“. 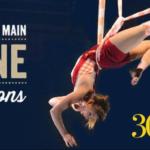 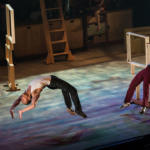 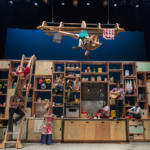 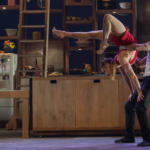 This group of artists surreal even in the choice of the name has emerged on the international level thanks to the quality of extraordinary acrobats, excellent dancers and performers of contemporary theater. In addition, the company has created a new kind of show where the touch, smell and taste are added to the charm of eyes and ears and the kitchen is a meeting point between different cultures. In fact in this regard says director Soldevila “The food is universal. Everyone needs to eat. In our team there are artists of many different countries, it seems the recent history of Quebec, which is a particularly cosmopolitan. Its cuisine is the result of a melting pot of many migrants who have arrived and opened their restaurant “.

“Cousine & Confessions “is therefore not only a show of acrobatic dance seasoned with refined musical choices, butbut it is a true representation of choral events, emotions and memories. And the original and fascinating setting of the show, consisted of a large modern kitchen (provided at all points and running, including the stove, the sink, the fridge and the microwave), does not just act as a backdrop.

The kitchen is the place where families or friends sharing food, but also their lived and intimate things. The artists of Les 7 doigts de la main then invite us into their kitchen to share their experiences of life and food. In fact, right from the entrance to the theater, the curtain is open and we find artists intent to settle their large kitchen; then they take to the audience and invite people to visit their kitchen and to get their hands dirty with flour, eggs and anything else used to prepare various dishes .. It immediately creates a climate of friendliness and intimacy with the audience, that will last for the performance: the audience will be involved actively in the show from start to finish.

Besides a confidential atmosphere it is essential, because the artists do not just talk about food, but they use this argument to reveal memories and emotions related to their real experiences, related to family recipes and specialties of their culture.
At this point the body of these exceptional performer becomes narration and stunts with their choreographies are not confined to surprise, but involve the viewer emotionally deep, because they tell stories of life, some of which are particularly dramatic, related to culinary memories, recipes or favorite meals.
In this regard the end of the show is particularly impact. One of the artists, the Argentine Mishannock Ferrero tells of a father who has never had the opportunity to know, because, as an opponent of the regime, has become one of the many “desapacecidos” that we can imagine the tragic fate. So the performer begins a monologue in which he asked what was the last meal of his father. But he comes to the conclusion that after all it is better to imagine that his father had been able to make a last lunch with the family, a typical Sunday lunch, such as the best traditional Italian cuisine (Mishannock’s father was of Italian descent), where they can not miss the fresh homemade pasta and a good red wine, with which to toast the life to which he is wildly torn.

The story of this life experience is accompanied by an acrobatic dance performed on a pole, in which the body struggles and writhes, as if struggling with all his might, but then, finally plummets: a metaphor of the human life and death cycle. And the role of food is to remember always that you have to enjoy the pleasures of life while there is time.

In conclusion, nothing explains this show innovative and disruptive alchemy between the circus tradition and culinary art better than these director’s words: “There is something similar between the circus and the kitchen.Both work on the primary elements: the body and the ingredients. It takes technique, discipline. Both exist primarily in relationship with others, that is, with an audience, and it is a part of the risk. ” Either way, the result is certainly an extraordinary show, funny and touching at the same time, where the perfection of the technique in the performances is never separated from a deep humanity.