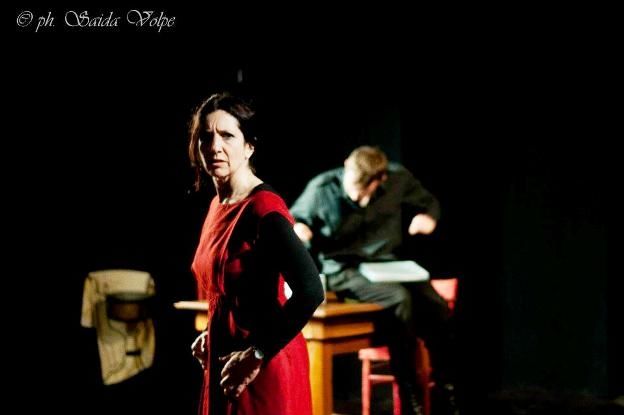 “The night of Helver” is a play in one act by Ingmar Villqist ( pseudonym of Jaroslaw Swierszcz Norwegian , born in 1960 in Chorzów ) – Polish playwright , director and university professor . The author set his story in a town in Finland at the beginning of the 30s, at the dawn of the rise of Nazism, but in fact this story could take place anywhere in the world there is a war and a dictatorship. 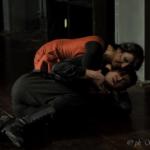 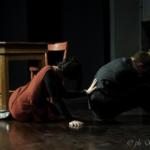 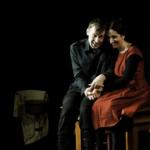 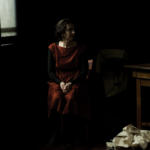 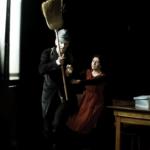 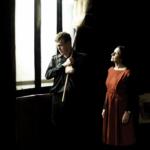 Replicated several times in Abarico Theatre, directed by Mariagiovanna Rosati Hansen with interpreters Miriam Spera and Patryck Pawlak ” The night of Helver ” is part of a cultural exchange project between Italy and Poland , organized by the European Theatre Institute ( ITE ), sponsored by the Polish and the Municipality of Rome II. And the show returned one last time on stage in the same theater, with the same director and the same performers on 13 , 14 and 15 November 2015 . 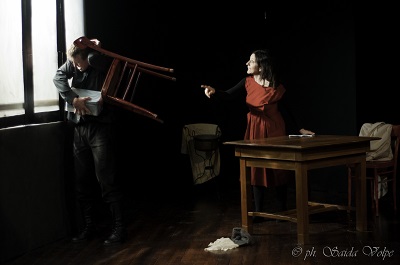 The drama tells the story of two oppressed, the handicapped psychic Helver and putative mother Carla, hiding a tragic past. Helver alives the climate of war as an addictive game that wants to participate, unaware of being a victim of abuse and violence by supporters of dictatorship that he so admires (especially one boy whom Helver considers his friend and whose praises the deeds, Gilbert).

Through the stories naive and excited told by Helver, Carla perceives the obscure danger of Nazi reprisals and fears that soon Gilbert and his ilk could take away the boy and hand him to a destiny of persecution and death. However, with love and infinite patience Carla, although exhausted by Helvers’s frenetic vitality, tries to support him in his fantasies and in his games, to not disturb his mind already so fragile. But the danger of lynching become increasingly real and Carla tries everything possible to save Helver: dresses him as a soldier in camouflage among others, prepares the backpack filled with supplies and delivered to Helver a letter for the doctor of a clinic whom she knows and trusts, where the boy would be safe. Carla instructs Helver on the route that leads to the village train station, where he can take the train that will take him to safety. But this strategy will not succeed: Helver comes back soon to Carla: he was been battered and scared, insulted and beaten by Gilbert and his men. Now despair suggests the woman extreme solution, hidden behind the reassuring mode of the game. Proposing to Helver to realize buildings with his many colorful pills, gives him a sweet euthanasia, saving him from the horror of deportation.

The two performers enchant the audience by representing their characters and their experience with a proxemics and intentions, never fake and over the top . Patryck Pawlak excites us with his Helver, with his lively eyes and his hands still feverishly contracted: the actor with his extraordinary physicality , with every gesture and intonation tells perfectly the inner world of this eternal child. Extraordinary Miriam Sper also: the actress reveals slowly, in an emotional and continuous climax, the lacerating conflicts of her character .

But the real challenge of this show is to allow a drama so hard to break even language barriers. In fact we have a Polish actor and an Italian actress who play in their own language, but that does not only communicate perfectly with each other every single emotion, but send it to the public, involving them fully and dragging in their history. Two worlds, two solitudes, even in different languages, meet and consume their own tragedy into a house that isolates them and protects them from a world that is often insensitive and cruel (in fact the drama takes place all within a modest dining and outdoor livin g is represented only by threatening noises). So the language barrier becomes an effective dramatic resource that best highlights the unique nature of the relationship between the two characters. Carla is the only one able to understand and code for the viewer what Helver wants to express. Yet death, albeit pitiful, dissolve this bond woven with an irrational but profound love, able to go beyond everything, even beyond words.

produced by The European Theatre Institute