Let’s find out from Palermo that three young people left for Beijing with a “pandino”, for a vintage car adventure trip.
The itinerary is traced only in outline. Only some money, a valid passport and no reservation and only one big wish: to get to Beijing from Palermo on board an old FIAT Panda restored for the occasion.

An adventure conceived by three young Sicilians who decided to take an alternative holiday to the usual trips to the sea or in the mountains. You have planned to travel for 40 days to reach Beijing. They will arrive in the East through at least 11 states and 15 thousand kilometers, calculating a maximum cost of 4 thousand euros. The reality is that there is nothing certain and certain in this trip, all improvised, and that we can follow via Instagram from the account “aPechinoColPandino” and “A Pechino Col Pandino Fanpage“..

From what we read online the idea is born one of those evenings that the three young people go to the Blue Vucciria Tavern (Via Maccherronai, 15, 90133 Palermo PA) local known to the youth of the historic district of Palermo.
The idea has become a project with the code name: “In Beijing with the pandino”.
The spirit is goliardic but the idea was born by great heads, as are often young graduates of the south of Italy: Giovanni Cipolla, chemical engineer of Aragona (province of Agrigento), and Francesco Ponzio, nuclear engineer born in Pantelleria have met a few months in Vucciria at the Azure Tavern. They have discovered similar, nourishing both the passion for travel, the real, adventurous, long and complicated. 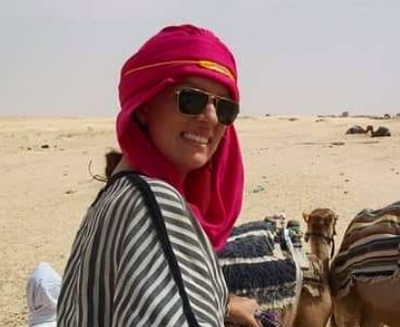 Then Silvia Calcavecchio, of Palermo, decides to leave with them and it seems that it will stop in Uzbekistan.

They left Palermo on 20 July 2018 for Puglia where a ferry took them to Greece, then to Turkey, to Georgia and Azerbaijan. They will embark on a ship on the Caspian Sea, continue to Turkmenistan, Uzbekistan, Kyrgikistan, as far as Russia, Mongolia and then China to tread the route to Beijing.
They will stay away from Iran, because of the tensions, and for this they will make more way to get to China in 40 days, practically half of the legendary world tour in 80 days …

For the return trip nothing is known, to the local press have declared:
“Or back to the car by choosing a shorter route, considering that in 10 days you can do it, or we can send the car and take a plane. But, as we dream of this trip, we know that we will return with the pandino “…” We chose the typical Italian car for an extravagant intercontinental trip. This car was abandoned in a warehouse in Messina and was given to us. It was invaded by rats, switched off for 6 years. It was completely polished with the colors of our bar, white and blue, like the tavern where it all began “

Sponsors of the adventure is the Azure Tavern The nightclub bar for teenagers in the heart of Vucciria closed by the prefect for a few days and that the citizens have defended with sit-ins and protests … the club has in fact financed the restoration of the legendary Fiat Panda.