The much acclaimed success of Cristiano Malgioglio, “Mi sono innamorato di tuo marito (I fell in love with your husband)”, a torment that brought him back to great success as an actor and character, is an old Brazilian song that Catherine Spaak in 1976 performed in Italian.

So it is absolutely not a new track and above all the author of the lyrics and the song is not Cristiano Margioglio!
“Mi sono innamorato di tuo marito“, (https://youtu.be/jHY6fSUmVl8) had the support of Big Brother, who amplified the launch of the song, making it enter the homes of all Italians, night and day, for weeks and weeks, this has made it an extraordinary success ! 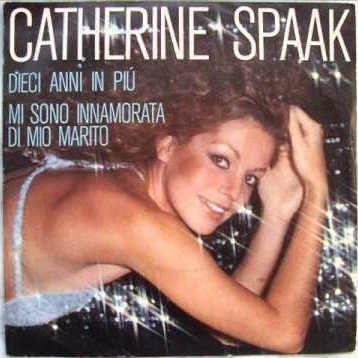 Malgioglio, in fact, has accepted to enter the most spied house in Italy, only with the tacit agreement, with the production of reality, to be able to promote his new song!
So a good and good record and commercial operation, as a true strategist and diplomat, which Margioglio is!

Obviously, the song perfectly stitched on his character with a video that hits the center, where between sexual allusions, teens, irony and sarcasm … caught the attention of the general public, the same audience that in normal situations would have pulled out of all his “innate cultural homophobia”, and that instead, in the case of Cristiano Malgioglio, he has not perceived as an ideological threat, but rather as a parody to laugh about!
Strange, because ‘Malgioglio is the one that attacks the Gay Pride, calling them “antics” and useless exhibitionism, and yet the same antics are good when it comes to getting mere economic profits!

This unfortunately is the hypocrisy of the Entertainment World, where not all that glitters is gold!
With this nobody wants to question the artistic talent of Cristiano Malgioglio and his eclectic charisma, which he knew how to exploit, an artist who has been able to reinvent himself and which has however marked the history of Italian music, with unforgettable songs such as: “Testarda io (Stubborn me)”, sung by Iva Zanicchi in 1974, or “L’ importante e’ finire (The important is to finish)” sung by Mina in 1975.

This summer 2018 was released the new summer catch of Malgioglio feat Fernando Proce, entitled “Danzando Danzando”, another song typically Latin, which has conquered all the recordings and radio, dances in all the discos, the summer beaches and the balere, in every corner or Italian beach!