We met and interviewed for Roma Central one of the most requested Italian models in the fashion world, Giuseppe Improta. To confirm that Italians are sought after in every sector and established around the world and we should be proud of it!

1) How difficult and tortuous is the Fashion World?

As in every job there are various dynamics. It is not an easy world, there is a lot of competition and there are also people who gravitate in this world, posing as professionals in the sector, when they are not. As in other sectors, it is often asked to compromise; the important thing is to always be professional, go on your own way and surround yourself with serious people who are truly a guarantee. Determination, values ​​and being oneself are the winning card. 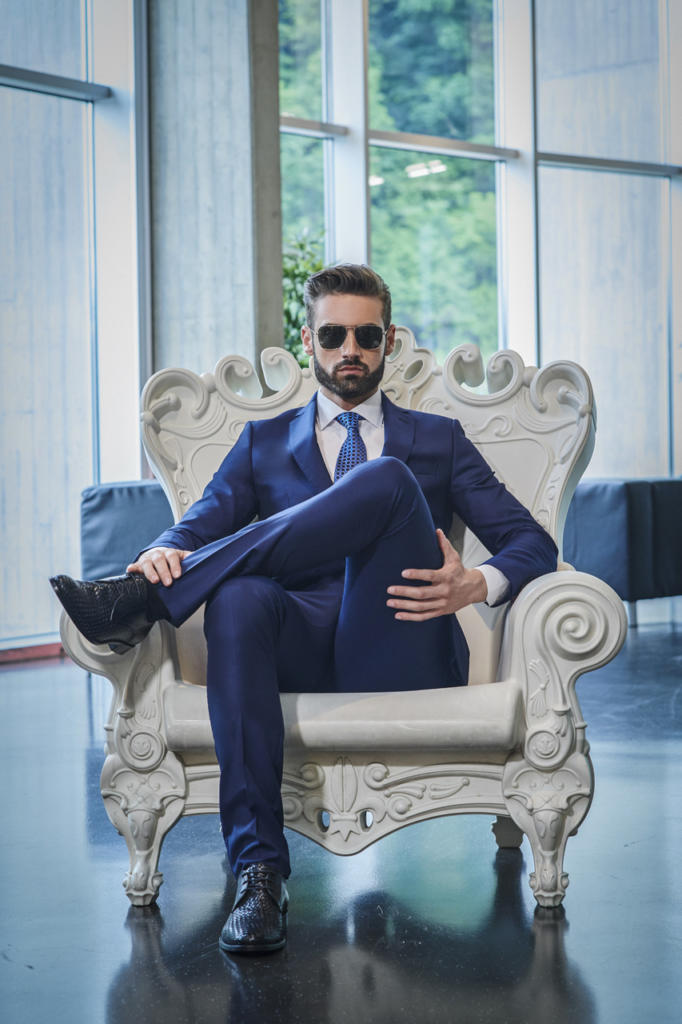 2) What brands are you most preferring to wear?

I love Armani immensely for its sober and elegant style, even in the casual segment.
Then I often try to wear garments of emerging brands, able to tell their world, creating particular and unusual things. Then also some very interesting niche brands, which focus on style or on the great quality of the materials.

3) What advice to a guy who decides to embark on a model career?

To prepare to face a world that is certainly not easy. I would say that he must also have patience because the real results come after a little while. To rely only on competent and serious people and above all never to compromise to get something. The most important advice: to always believe in it and see the final goal in every moment, without ever renouncing humility and genuineness. Tirarsela is useless!

4) In your opinion which is the most suitable city to live for a model?

In Italy certainly Milan! Fashion all revolves around Milan: brands, fashion shows, agencies. The capital of fashion in absolute!

5) Which Maison have you worked to date?

I have collaborated with many brands and even if it does not seem the greatest satisfaction on a personal level have also come from smaller brands, capable of establishing a human relationship: I think of Baronio, Angelo Cruciani, Climber, Roberto Botticelli!

Surely I would like to work closely with Giorgio Armani: it is part of the history of world fashion, a great entrepreneur, creative and an exceptional designer.

7) Projects for the future?

I have in the pipeline a long series of collaborations with various brands, both as a model and as a testimonial: several shooting sessions have already been planned. I was also chosen as a face for a year by the Ikea – Centro Lugano Sud group in Switzerland.
I’m also working on some projects that go beyond fashion, but for superstition I do not say too much.

8) Dreams in the drawer?

Realize, be happy, achieve beautiful goals in the fashion industry. I also dream of reaching a reputation that allows me to be a spokesperson for projects in support of associations, foundations, etc., the only real reason why it is worth being famous; make your image available to sensitize!

9) Do you feel more worn for parades of men’s underwear or for fashion
shows with elegant clothes?

One thing does not exclude the other. The underwear today is made with an important fashion concept; elegance is something that I love a lot. Every day we dress with both: I worked and posted for both segments.
The ability of a model is then to enter the role, in part, adapting to the mood of the photos, the brand, the leaders.

10) You have also created your own fashion brand …. can you talk about it?

It is a project born in society: we presented the first capsule collection during the Milan Fashion Week in February with a good response. It was essential to start turning the name “Filardo”. Today, in the wake of this launch, we are working on growth and development. As in any project it takes patience and perseverance, aware that the results come.

11) Do you think that Latin charm like yours is more in demand in the fashion industry or does Nordic beauties also work?

I believe that fashion is a universal language, addressed to the whole world. Today in the fashion shows there are Mediterranean models, others Nordic, others Asian. The differences help to create, understand, unite. The brand visions also vary a lot: Dolce & Gabbana talking about Sicily and therefore the models represent the Latin world; Daks London the Nordic style, with models that interpret that spirit. Various figures also serve as models.

12) Do you like it as you are or would you like to change something about yourself physically speaking?

I am very critical of my appearance: I am aware of my beauty, but we all want to see each other always. Anyway, yes, I like myself as I am.

13) Why do you think all models are great narcissists?

Not everyone is. Then one thing is to see oneself beautiful and feel omnipotent, another thing is to be “narcissists” in the sense of taking care of your appearance, investing to always be at your best: after all you work thanks to your image.

14) Your work is more important to youor o Love?

They are two fundamental parts of a person’s life. Working is necessary, just like love. By love I also mean affection for friends, relatives, family. The true and great love then, that of a couple, is something that if it comes it’s nice to live it. They are two parts of a person, with the same importance. 15) For Love would you give up your modeling passion? Simply because it’s my job. Fashion is a sector like any other, it would be like saying “I do not work in the bank anymore because I’m in love”. Then I believe that one person must share his life with the other. I could never tell the person with whom I am renouncing his passion or his work. Loving also means sharing and supporting.