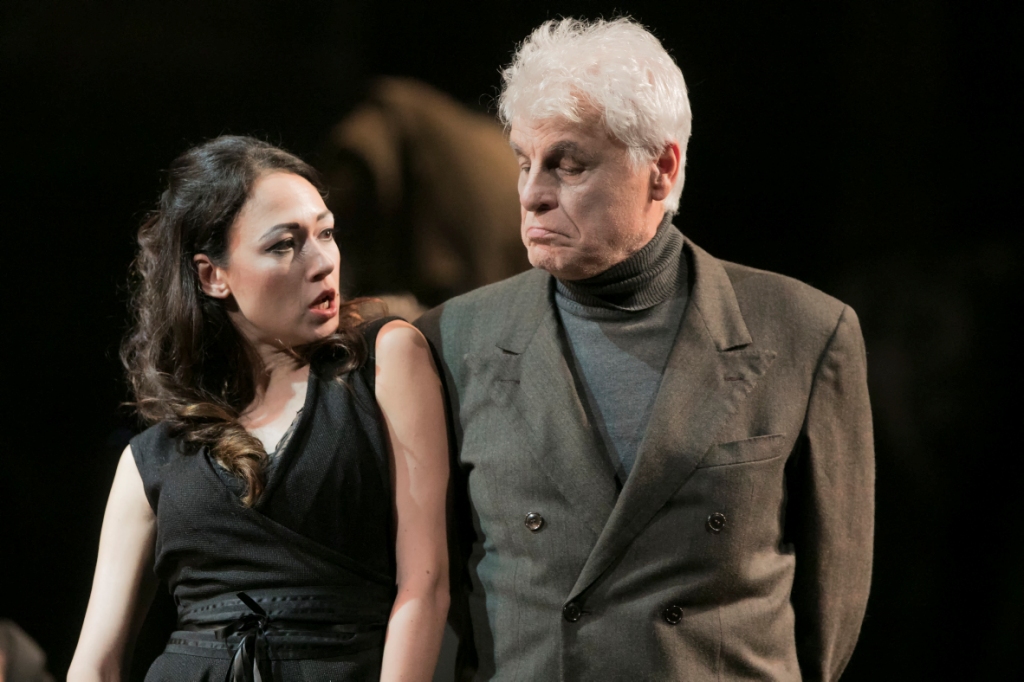 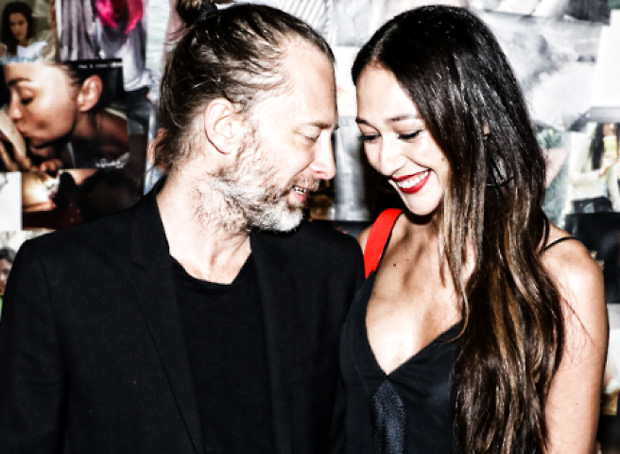 The actress appeared in the tabloids as fiancee with Thom Yorke, the leader of Radiohead one the most important English musical groups of this era… so that she moved to London to be closer to the new partner ( news spread by the Sun). 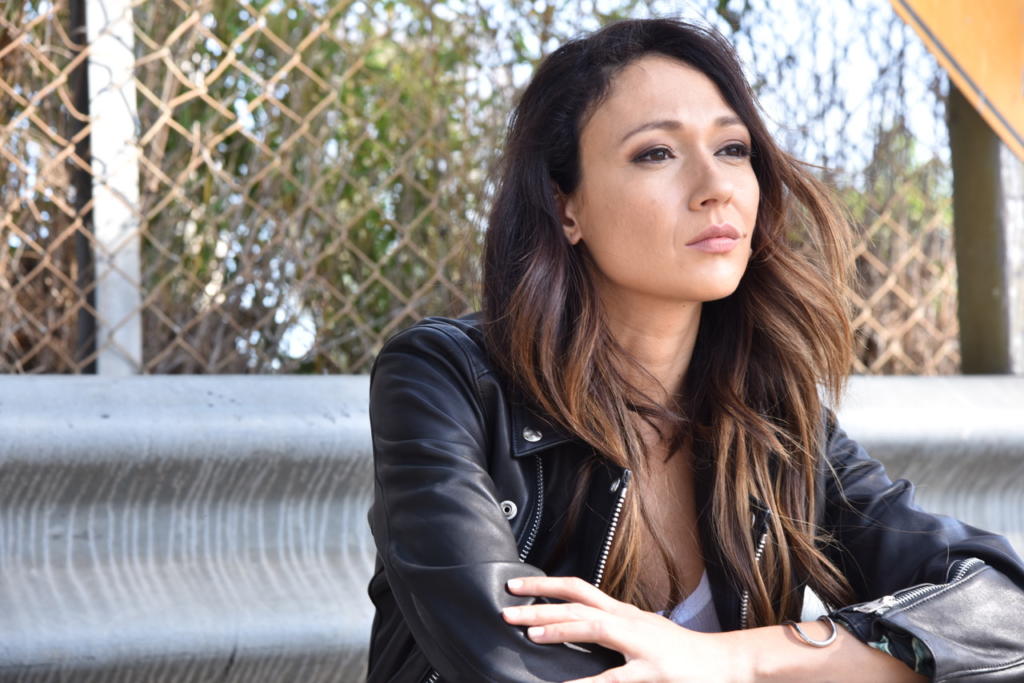 Dajana Roncione was born in Palermo in 1984, in 2007 she graduated from the Silvio D’Amico National Academy of Dramatic Arts. At the theater he made his debut in 1999 with “The Giants of the Mountain” by Pirandello, following a career between cinema and television. In 2009 he appears in “Il grande sogno” by Michele Placido, in the role of Isabella, and in a secondary part in the film by Giuseppe Tornatore “Baarìa“. In the same year he played the role of Polissena in the film by Aurelio Grimaldi, “The Last King” that brings to the screen the tragedy The Trojans of Seneca.
In 2012, Dajana Roncione worked with Gabriele Lavia in “Tutto per bene” by Luigi Pirandello.
Among his numerous theatrical roles, we recall: Cechoviana, directed by Michele Placido, The dream of the prince of Salina, the last Gattopardo, directed by Andrea Battistini, with Luca Barbareschi, and The pink tattoo of Tennessee Williams, directed by Francesco Tavassi, with Mariangela D’Abbraccio.

The Italian public is known for their roles in the television productions “Paolo Borsellino”, “Walter Chiari – Until the last laugh” and “Il commissario Montalbano” in the episodes “The hunt for treasure” and “A blade of light”.
Recently she has been involved in the theatrical preparation of “Nerone, Two thousand years of slanders” by Angelo Lorenzo Crespi ..

She will be Jolanda Rubino in the new film by  Pierfrancesco Diliberto (aka Pif), The Mafia kills only in the summer – Chapter 2 (2018)

In Italy, at the beginning of the new year, we’ll see the actress  in the Rai project dedicated to the singer Mia Martini in the role of Loredana Bertè which will be aired in prime time. 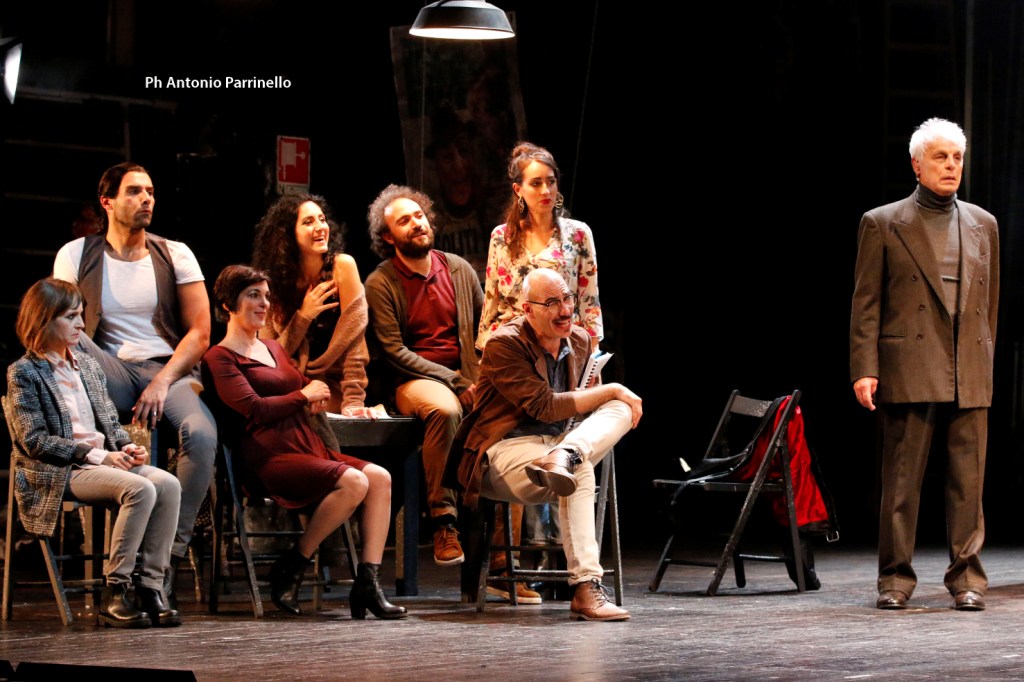 A show by Michele Placido

The characters of the Comedy

The actors of the Company 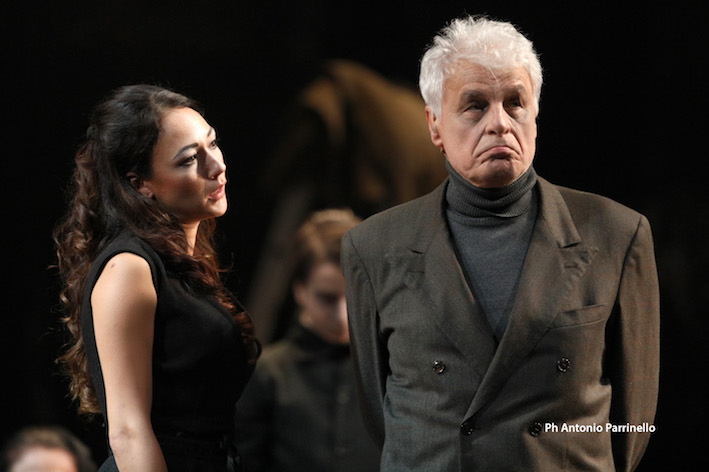 «It is my passion for everything that is Pirandellian that has led me to accept the challenge». Michele Placido

CATANIA – «It is my passion for everything that is Pirandello that leads me to accept the challenge». Word of Michele Placido. «This – he underlines – is my third theatrical direction on a text by Girgentano, after So it is if you like and the two unique acts The wheelbarrow and the man with a flower in his mouth. In the past I shot a film La scelta, based on the novella and the pièce L’incesto, focusing on the violence that a woman suffers. Also in Six characters there is a very ambiguous form of violence, carried out by the Father towards the humble wife who also loved and gave him a son, but with whom he has little to share on the intellectual level “. He will therefore decide to make her fall in love with her accountant; a “diabolic” plan, but he says “for a good purpose”, at least for the woman who will be happier in the new relationship from which she will have three children. Placido captures further unprecedented aspects related to the abandonment of the author, who refuses his creatures, troubled by their development. The accountant dies, the Mother returns to the city with the Sons, the mourning throws the family into serious narrowness. The situation precipitates when the Father and the Stepdaughter have an intimate and very traumatic encounter in a house of pleasure. 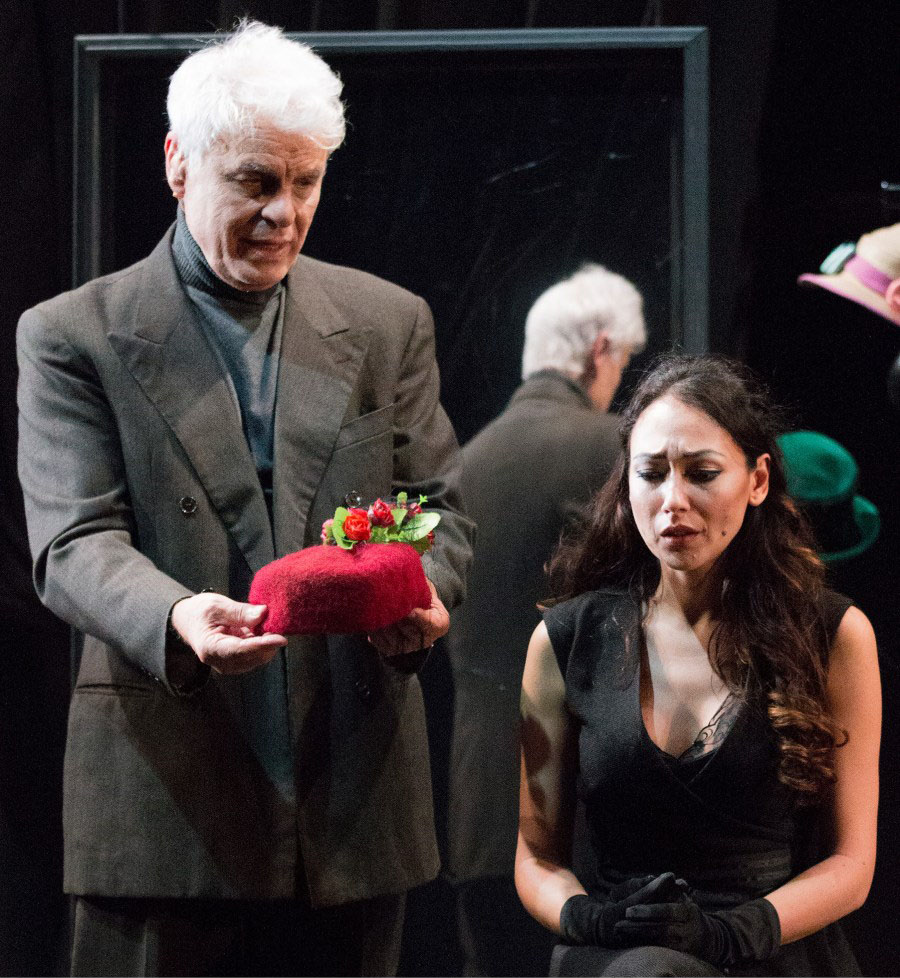 “The affair that the Pirandello sextet has been asking for on stage for almost a century is a rough business. And it explains why such a family was abandoned by the author, terrified at the idea of ​​feeding a scandalous affair. At the same time I find there is a sense of rebellion by the “characters”, who will go in search of an origin and, in our case, a company inclined to favor texts that speak of today’s society, its drama: the femicide, the white deaths or even the impossibility of a sentimental bond, due to the alienation of contemporary man ». So Placido sums up the lines of the show that has inaugurated the sixtieth billboard of the Teatro Stabile di Catania, a new production of which it is both mettur en scene and protagonist. The first national took place with great success in the Etna capital on October 17, 2017 at the Sala Verga; in the 2018-2019 season the staging will be on tour in the main cities of the peninsula. High quality cast also with roles as divided, as in the Pirandellian script. The characters of the Comedy: his father, Michele Placido; the mother, Guia Jelo; the stepdaughter, Dajana Roncione; the son, Luca Iacono; Madama Pace, Luana Toscano; the little girl, Giorgia Costa; the young man, Flavio Palmeri. The actors of the Company: the director, Silvio Laviano; the first actress, Egle Doria; the first actor, Luigi Tabita; the young actress, Ludovica Calabrese; the young actor, Federico Fiorenza; the second woman, Marina La Placa; the director’s assistant, Giorgia Boscarino; the stage director Antonio Ferro. 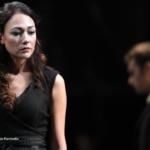 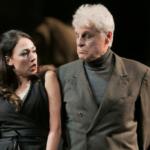 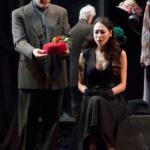 The show is a production made by the Teatro Stabile di Catania in collaboration with Goldenart Production srl, which uses the music of Luca D’Alberto, the costumes by Riccardo Cappello, the lights by Gaetano La Mela. Placido signs a staging that has as its ideal reference a theater full of history like the Catania Stable. Consistent with Pirandello’s metateatro, the request of the “Six” to give life to their drama coincides here, more than ever, with the function that is proper to the stage, that is, to welcome the representation. In reading the actor-director, that “comedy to do” is a hymn to the theater that never abdicates its mission. And even more: “That a company intent on trying daily mini-dramas is somehow spied on by presences or ghosts, even if Pirandello was against this word, reinforces me in the belief that the text is full of supernatural suggestions. A fascinating intuition has accompanied me from the beginning: that a stage can arise where previously there existed gardens, fountains, small villas. Places where the story we tell, the story of the Six Characters could happen. On the contrary, I want to delude myself that it really happened: what good is the illusion, otherwise, if not to create a staging? »