Daniela Rocca was born about eighty years ago (Acireale, September 12th 1937 – Milo, May 28th 1995), an extremely talented actress but undervalued.

Elected in 1953 as Miss Catania when she was only fifteen, Daniela participates secretly but once she arrives earlier she leaves her parents unhappy, who had other plans for her. They wanted her daughter to study, to enroll in college. The girl manages to leave home and goes to Rome.

In Rome, starting to work as a model and then slowly entering the world of cinema, debuting in 1955 in Vittorio Duse’s film Our Champion. The rest can be read in the various filmographies dedicated to the actress. It remains important to note that, after a brilliant interpretation like the one in Divorce in the Italian style, it remained in shadow, participating in subsequent films that certainly did not highlight its acting qualities. Bellocchio called her back in 1979 to take part in her work entitled The cinema machine, in which she interpreted herself: a role of absolute sadness, almost seemed to show everyone the freak-like phenomenon in which she had transformed. Unfortunately, the psychological problems faced – which some attribute to the end of the relationship with Germs and others to work disappointments – marked it indelibly, so much so that it was admitted several times to nursing homes specializing in mental illnesses.

Daniela Rocca, although she is often ignored in film books, was in my opinion very important, because in the early fifties, when she was still very young and in a climate that was anything but open to the idea of ​​an independent woman, she acted in a modern way: his behaviors were certainly aimed at cracking the image of the woman submissive to the family, who leads her existence in a sad, disconsolate way because she doesn’t do what she would like to do, under the banner of “I can’t”, ” I would like but they won’t let me! ”

In the shot on the left a beautiful portrait of the actress in the mid-60s.
In the shot on the right the actress together with the director Pietro Germi – with whom she had a tormented relationship – in the role of Baroness Rosalia Cefalù, wife of the protagonist Don Fefè – Mastroianni, on the set of Italian Divorce (1961). 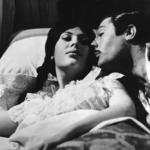 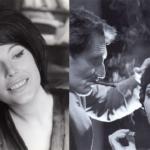 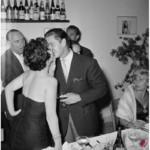 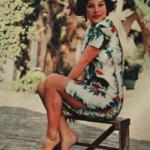 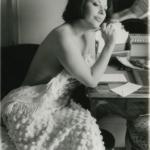 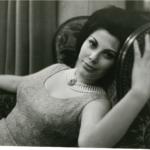 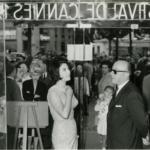 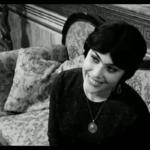 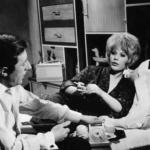 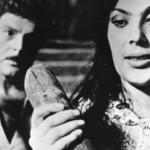 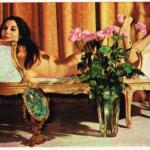 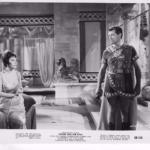 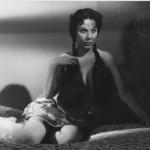 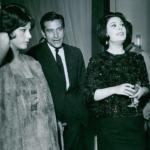 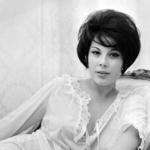 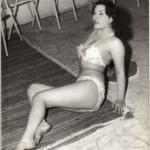 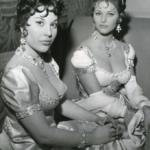 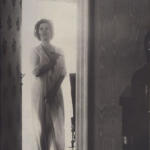