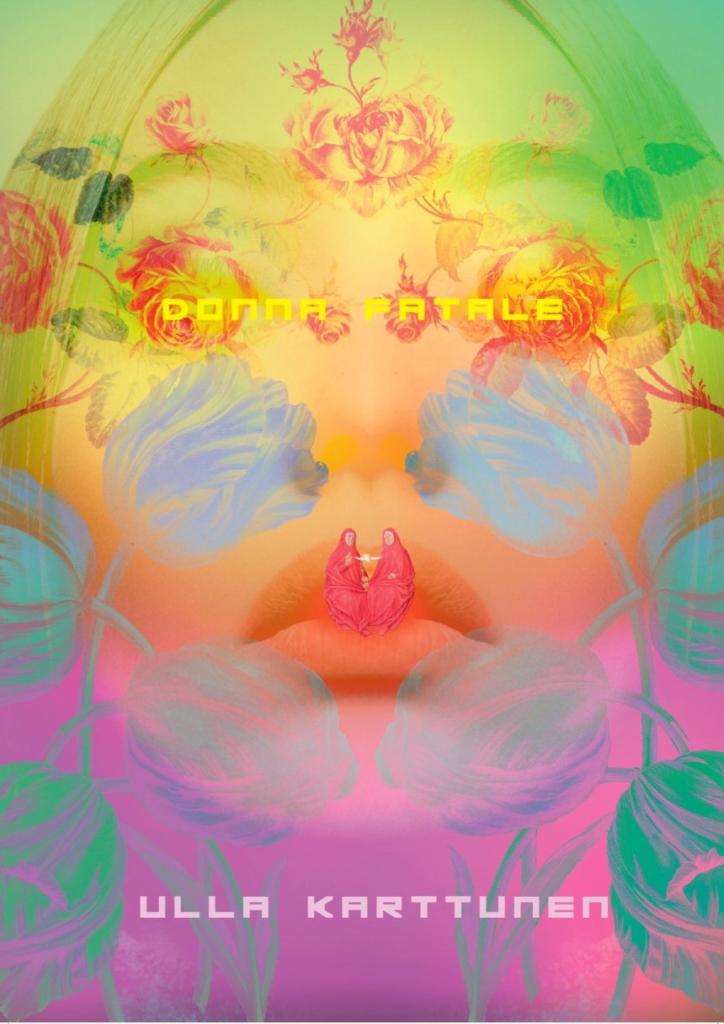 “In art the darkest visions are the most beautiful” Friedrich Nietzsche

Today the personal exhibition for the first time of the internationally renowned Finnish artist opens in Rome: Ulla Karttunen entitled “Donna Fatale: metamorphoses of modern” curated by Sveva Manfredi Zavaglia, with the Taiteen Edistamiskeskus Center for the promotion of Finnish Art at the valuable seat of the Venanzo Crocetti Foundation Museum (via cassia 492). 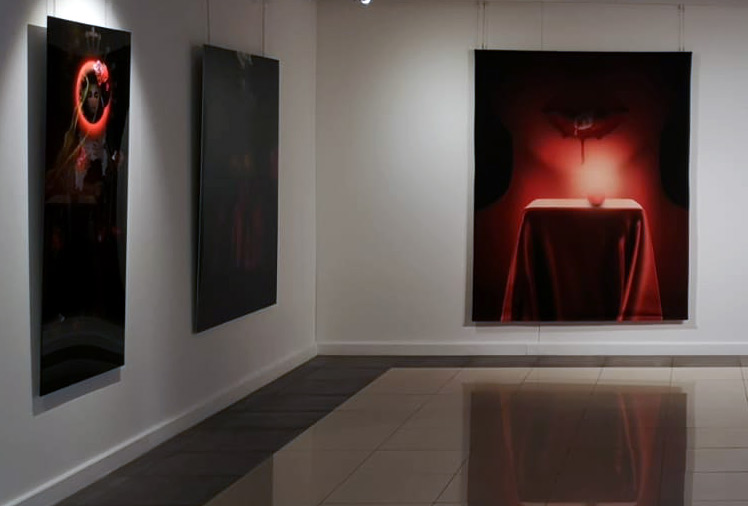 The exhibition presents 30 works with artist present and catalog:

A series of unpublished works of a social nature: digital collages and installations that treat the power of women, of female strength and courage. 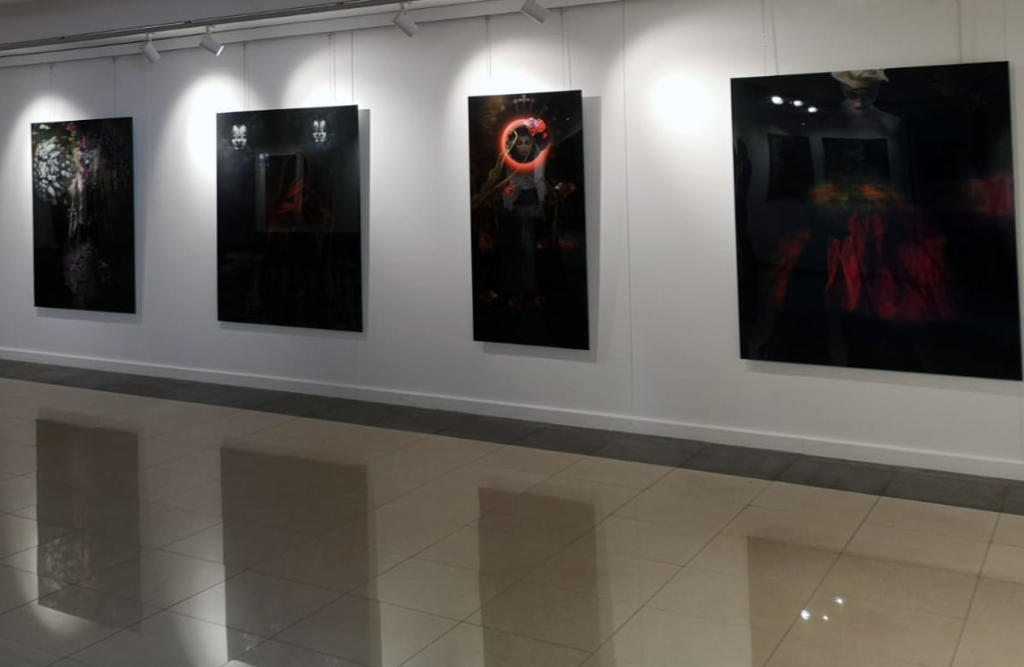 A leading figure of transdisciplinary avant-garde artists in Finland, Ulla Karttunen works on digital images, installations and socially critical or conceptual projects. The artist uses the works as in a story, from the visual to the philosophical, speaks of the figure of women crossing their soul.

As Karttunen explains “Once women were excluded from the worlds of knowledge, they could not command, they were not priests or popes, speaking of an existential order since female power is not connected to rules, violence or loud cries and has not been heard. “. 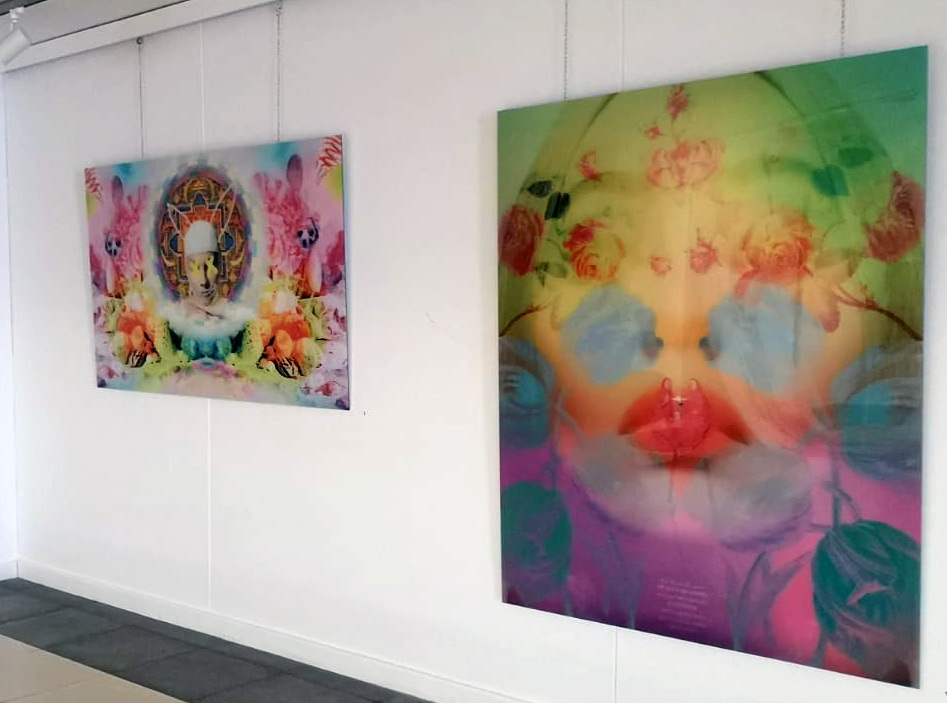 Affectivity, sensitivity and intuition are what Karttunen’s life affirms. As in a succession of struggles and internal tragedies. But, if we believe in the Nietzschean revaluation of all values ​​”in art the darkest visions are the most beautiful” we should rethink which values ​​and forces are really the most profound affirmation of life.

The artist seems to want to surprise us by lighting a light to illuminate hope, in an attempt to regain possession of his “humanity” in an attempt to want to live with serenity and peace. The artist’s soul seems unable to remain silent and with a continuous creative search communicates a cry of hope to the world. 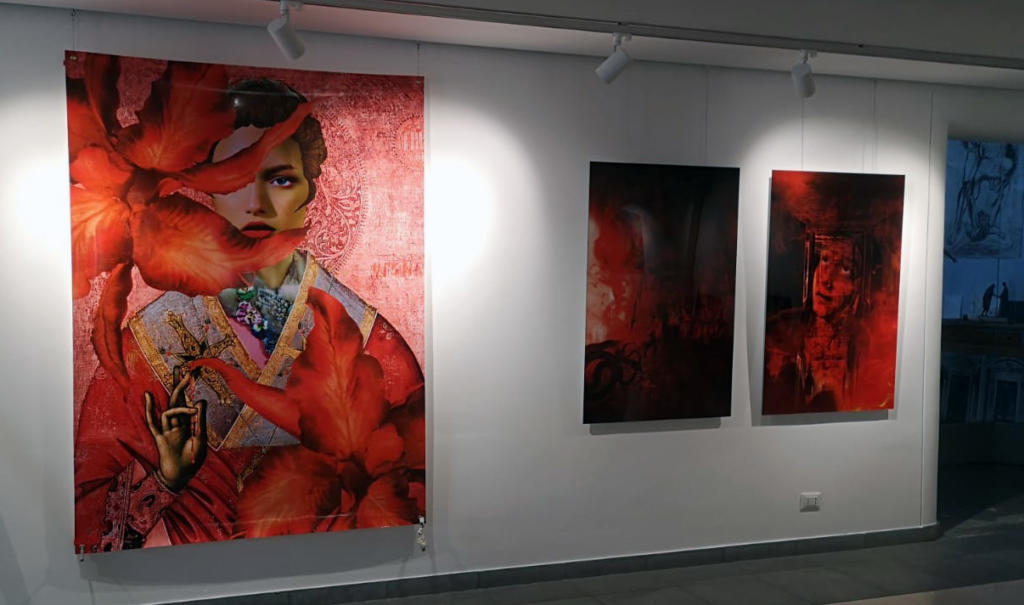 “The work that the artist has created in this solo show, tells us the curator of Sveva Manfredi Zavaglia, is a series of unpublished works strongly influenced by the broad social landscapes. All large-format works express contrasts with a strong complex sense. In some works it tells us of women who treat the conflict for economic resources; some others are seen as modern goddesses and heroines, or as effigies of ladies who investigate gloomily in the interstices of emotions such as: anger, fear and shame; or other women who are portrayed as unknown mystics and saints in a satirical, sensual and irrational way. The colors he uses in some works are incisive and strong, such as dark red, crimson pink, scarlet red, or soft colors that blend and overlap creating soft and original shades; and others finally with compact colors seem to be on the verge of dissolving like ghosts of the future. They are represented as an inner pathos and scenes of strength, which alternate with images that in simple traits are charged with meaningful and eloquent allegorical values ​​in an ironic way”

The issue of women is globally “fatal” as the title of the exhibition shows, women are necessary to save the planet – women’s education, women’s emancipation and gender equality are means of overcoming indifference. The works are tangible expressions of a precise declination of modern society: the change and transformation of one’s own life find it breath. 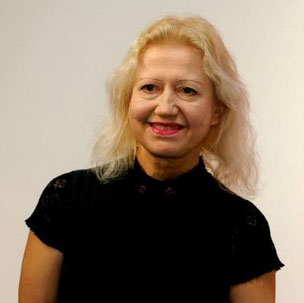 Ulla Karttunen is a Finnish transdisciplinary avant-garde artist who works on digital images, installations and socially critical or conceptual projects. He has made international shows including: in London, Los Angeles, Rio de Janeiro, Miami, Basel, New York, Algiers, Paris, Ljubljana, Leipzig and Berlin several times. Karttunen won a five-year scholarship in the field of multidisciplinary art, nominated a finalist in several international art competitions, and her installation Donna Criminale was the winner of the international art prize on contemporary taboos. Many of his materials come from the simplest realities: he builds ephemeral sculptures from toilet paper or portrays saints from media scraps or paints them with nail polish. His technique mixes different manual and digital methods from drawing, painting, tearing, collage into various digital methods. Karttunen’s digital works have been characterized as highly qualified, visionary, paradoxical, “horribly beautiful” or “captured with colors, ecstasy, devotion and glare”. 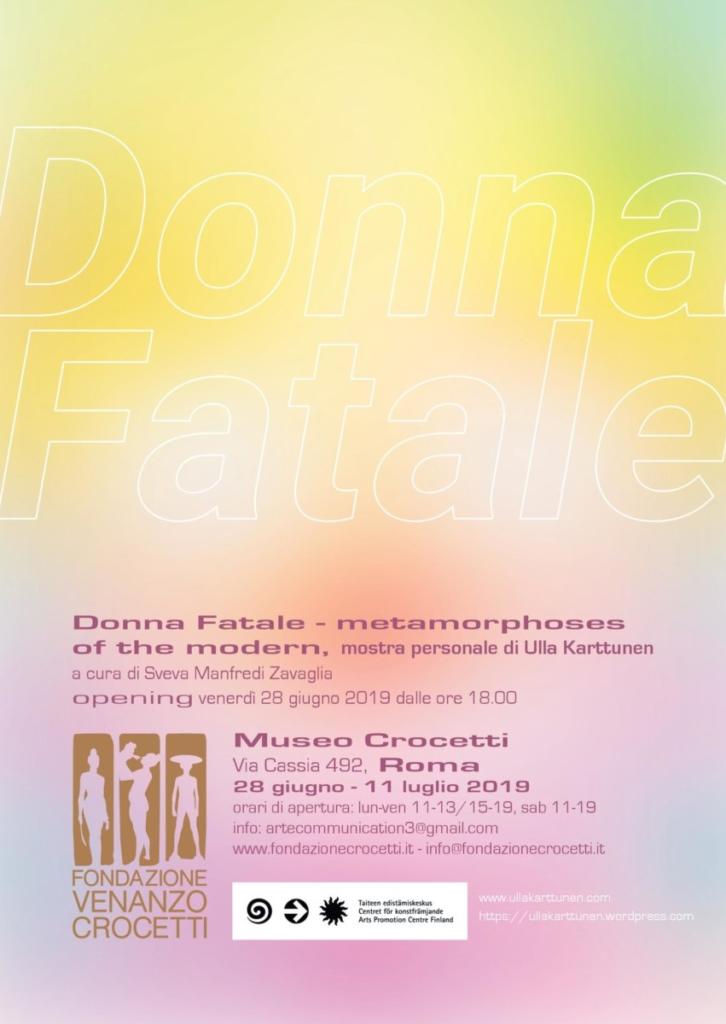 During opening Tastings of Casale del Giglio wine and Tastings of Olio Frantoio Massimo Votino. Furthermore we will read some exciting and engaging stories taken from the book by Elena Rossi: Onde The book Onde, dedicated to women from different countries. Women forced to leave their country, their loved ones, facing dramatic journeys, women often reduced to transport goods. In so dark, small lights shine, the lights of the reception, And it is the listening that is also unconsciously asked, if you can finally speak, dissolving the infinite silence