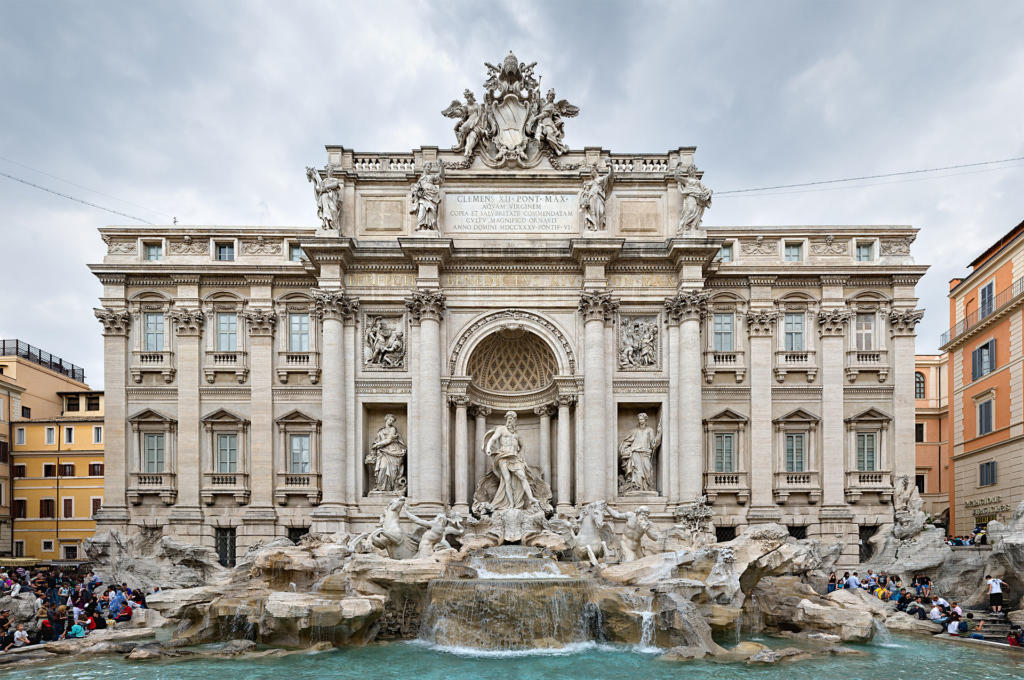 One of the most beautiful and evocative places of Rome returns to shine after 17 months of restoration. We speak of the Trevi Fountain one of the most spectacular works of art that the capital can boast of, known throughout the world thanks to the many Italian and international films that have celebrated and immortalized it. Just think of what the Fountain represented in the iconic scene of La Dolce Vita by Federico Fellini in which Anita Ekberg takes a bath in it inviting Marcello Mastroianni to join her. 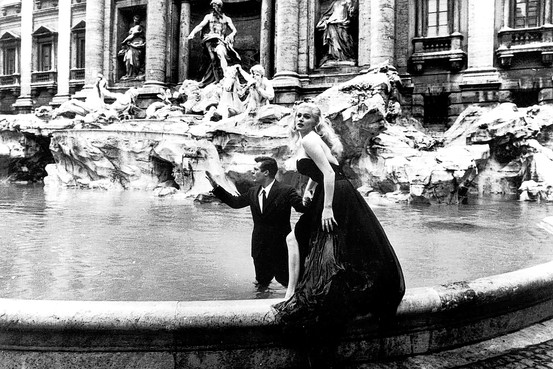 And how can we forget the many films that over time and from generation to generation have consecrated the Trevi Fountain as an exceptional location: from C’eravamo tanto amati by Ettore Scola to Poveri ma belli by Dino Risi, from Tototruffa di Camillo Mastrocinque to Vacanze romane by William Wyler and finally La grande bellezza by Paolo Sorrentino, which won in 2014 the Academy Award for best foreign film.

In short, there is no doubt that the Trevi Fountain now represents a symbol, an icon of the city but it would be nice to think that the fountain restored to its primeval splendor can become also the symbol of spiritual and material rebirth of the Capital too well in the limelight lately for other events related unfortunately to the underworld.

The official ceremony of opening of the fountain to the city and visitors from around the world was held on the evening of Tuesday, November 3 when in the fountain finally liberated by fences and scaffolding, water is flowing back and gushing accompanied by a new artistic lighting with over 100 LED lamp.

The inauguration was greeted by a long applause, by many flash of photos and, inevitably, by the usual launch of the coins. The work, which costed two million and 180 thousand euros, were financed from the fashion house Fendi which has announced that it plans the restoration of four other fountains in the Capital: that of the Gianicolo, the fountain of Moses, the Nymphaeum at the Pincio and the fountain of Peschiera.

And now that the water starts to flow again from the beautiful cliffs of white marble, I also turn myself to throw the coin, and express my best wishes to Rome, not so much to return to this city that is my birth place and where I live, but to come back and watch and talk with pride of the City, not only for its long history and its undeniable beauty but also as a powerful example of civilization.

Even the ancient Greeks spoke of καλὸς καὶ ἀγαθός ( ” beautiful and good ” ), considering this formula as an ideal to strive for perfection, in which Beauty is inseparably associated with Virtue. Today more than ever it is necessary that Beauty, in the sense previously understood, save us, as expressed in the words of Prince Myshkin in “The Idiot” of Dostoesvkij, or, at least, it can be offered as an opportunity for development of the city and it civil, ethic and social redemption.

Investing in our immense cultural heritage, in deeper and more authentic identity of the City means to lay the foundations for the future.

So we welcome sponsorship, partnerships between public and private, the Art Bonus and the rebates for those who undertake to support the Italian cultural heritage. Welcome therefore the Patronage in Rome and all the various initiatives for the protection, enhancement and promotion that could help restore the city and make the ‘Eternal City’ a metropolis that can compete with the great European and world capitals: London, Paris, Berlin, New York.

The challenges facing Roma are difficult: roads, transportation, infrastructure, urban quality, legality, social cohesion, center-periphery relationship, risk poverty etc. But who but the “Caput mundi” may prove itself and then the whole world to be able to do it?

francescaliani.blogspot.it/
One comment to “AND IF FROM THE TREVI FOUNTAIN ROME COULD RISE AGAIN?”