The Off/Off Theatre, the new theatre opened in late October in Rome on via Giulia 20, an extraordinary Melania giglio interprets (from 28 November to 10 December 2017) an unpublished text dedicated to the most fascinating phenomenon of French music of the postwar period.

The show: “Edith Piaf. The Nightingale Sings no more “, thanks to the brilliant direction of Daniele Salvo, takes us into an atmosphere of other times and other myths that still manage to excite and to move. Melanie Giglio arrives, with an unusually skillful naturalness, to transport the audience into the soul of the character (https://www.facebook.com/Melania-Giglio-Official-393562157461625/). 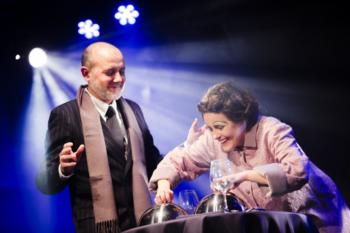 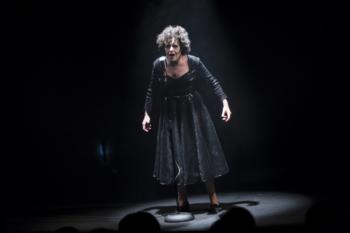 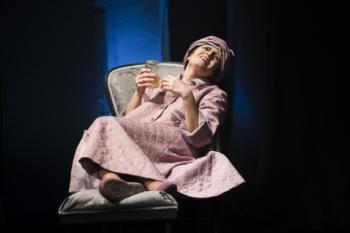 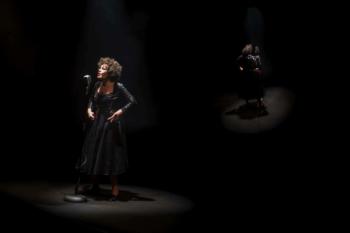 Etith Piaf, “the Sparrow”, revived on stage and the audience in the Hall they rejoice, hope and suffer with you.
The story is set in 1960. “A series of events have occurred in the life of this small woman: bereavement, loneliness, love, fights, accidents, alcohol, joys, successes and songs. All made landfall on the Nightingale as a hurricane “.

The protagonist is now reduced to living a sequence of dark days and all the same. The memory of her tragic love, Marcel Cerdan, died while crossing the Atlantic by plane to get to NY, obsesses. It is in this ravaged land of decadence that trips the excellent Martino Duane as Bruno Coquatrix, the business manager of the Olympia. Between a glass “forbidden” and a reinterpretation of yore but that can still be convinced to perform, Bruno the leveraging shrieks and hugs. Wins the dream, hope triumphs, nothing is worth the fact that “the arthritis made her hump, alcohol and drugs have made it swell and without hair, the deaths have hurt his will to live.” Perfect interpretation and even in song, Giglio from the stage return rigorously every nuance of the Interior life of a troubled soul and yet noble, seemingly childish yet profound, strikingly vital but equally fragile.

All the songs, from “Milord” to “Non, je ne regrette rien”-the last hymn to life who convinces her to go back on stage–going for “La vie en rose”, masterfully performed live. The show ended with an inevitable standing ovation for the two artists. Not to be missed.

We are in 1960 in the apartment of Édith, an antechamber of the end, in a house that has the appearance worn by life and the difficult events that involved the singer. A series of negative events marked with pain the body of this little woman: grief, accidents, loves, quarrels, loneliness, alcohol, joys, successes and songs. Everything fell on the nightingale like a hurricane, making it more and more physically and emotionally tested.

The nightingale no longer sings. Arthritis made her hump, alcohol and drugs made her swollen and without hair. Mourners have hurt his desire to live. But suddenly someone knocks on his door and comes to desecrate this “darkness”: it is Bruno Coquatrix, the impresario of the famous Olympia, who prays her to raise the fate of the historic Parisian theater. Slowly Édith revives, she tints her sparse orange-red hair, pulls out her small black robes of scene and the love for life and music resumes the upper hand, in one of those performances that will go down in history.