“The courageous reinterpretation of” King Lear ” by the director Giorgio Barberio Corsetti succeeds in carrying the most famous Shakespeare tragedy from the past to the future.

The character of “King Lear” is transformed. The masterful interpretation of Ennio Fantastichini shines unquestioned on the stage. Its color is “fiery red”, like the dress it wears.

Sounds and images repeatedly invade the audience. And the fairy tale begins. A big party is a prelude to the decision taken by King Lear to share his kingdom among his daughters. It is the story of life. It’s the beginning of the end! The fairy tale gives way to a grotesque drama. King Lear will be engulfed in a vortex of despair that will lead him to madness.
They are all against everyone, and they are blind to self-destruction.

Power … ambition … cruelty … betrayal … is the “King Lear” of Shakepeare. But the comparison with today is scary! “

In the Cast of the highest level we can note the interpretation of Ennio Fantastichini who is able to take King Lear by the hand to bring him to madness. 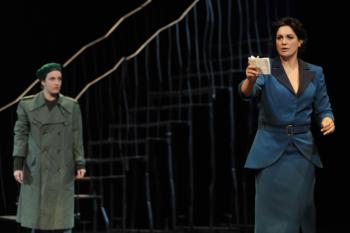 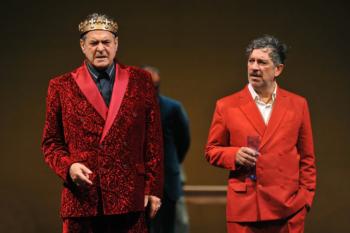 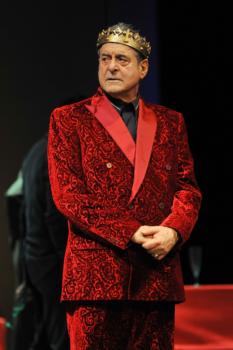 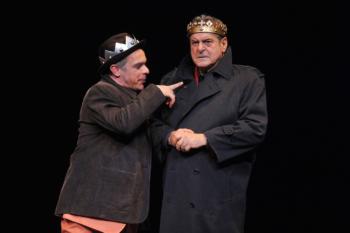 Scheduled at the Teatro Argentina until December 10th 2017.