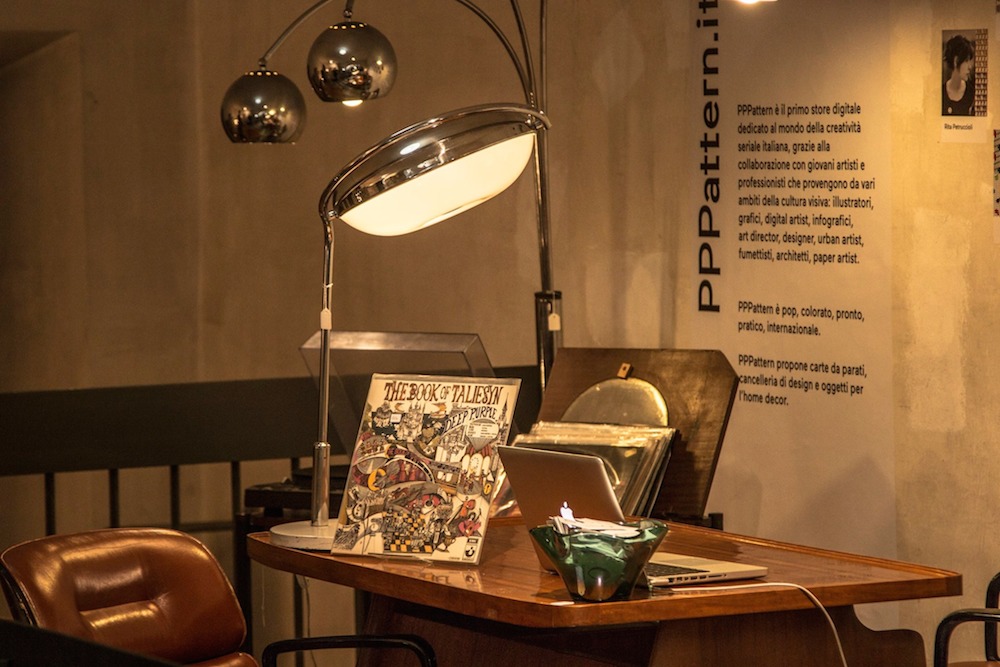 Disc covers have always been like an open-air book, a sort of universe made up of signs and colors, for lovers, where music and visual arts of all kinds merge: photography, graphics, illustration, becoming, in some cases, true and their own icons, cult pieces, especially today where the disc-object is increasingly rare.

This is the concept behind the Electrovinyl Corner project and takes shape in the center of Rome, inside the Contemporary Cluster, an art gallery, including architecture, design and cocktail bar that hosts modern and designer objects, temporary exhibitions , readings, projects, events and evenings under the banner of a sophisticated musical choice, based on research and innovation. 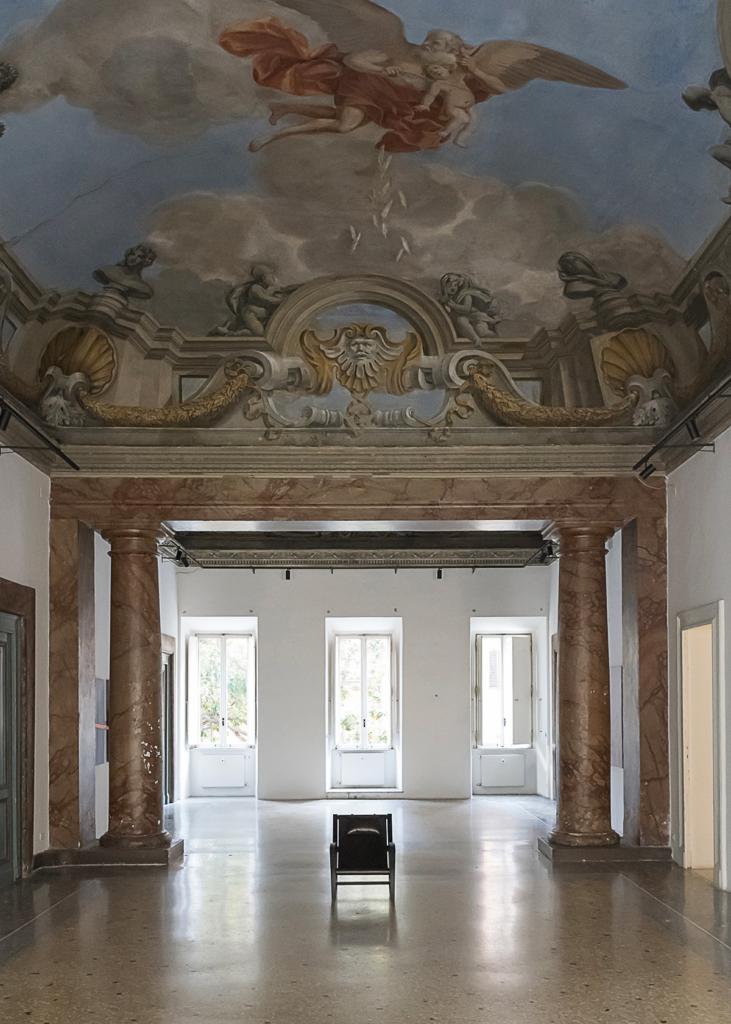 A unique place of its kind, which recalls the dynamic creativity of Berlin clubs combined with a taste for innovative research into a retro that has never gone out of fashion. An exceptional location that the Contemporary Cluster suggest inside Cavallerini Lazzaroni Palace. The building is an example of Roman Baroque in the historic center of the capital (between Campo de ‘Fiori and Largo di Torre Argentina) which over time has managed to preserve splendid elements of the its original form even after several interventions. Built by the architect Giovanni Antonio De Rossi in 1676, with vaulted ceilings and frescoes from the seventeenth century, it takes its name from its patron, Cardinal Giangiacomo Cavallerini. In the XVIII century the palace was destined for public use, and in 1784 it became the first school for deaf-mutes in Italy.

In the 1950s, it had an architectural intervention for Spazio Sette, one of the largest design shops in the city. Now it is revived as a multi-purpose space in which art, design and music meet in a place that can be considered a passage and, at the same time, a reference point for meetings, work and varied purchases. 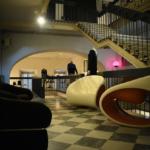 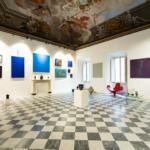 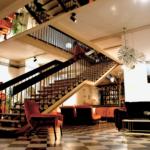 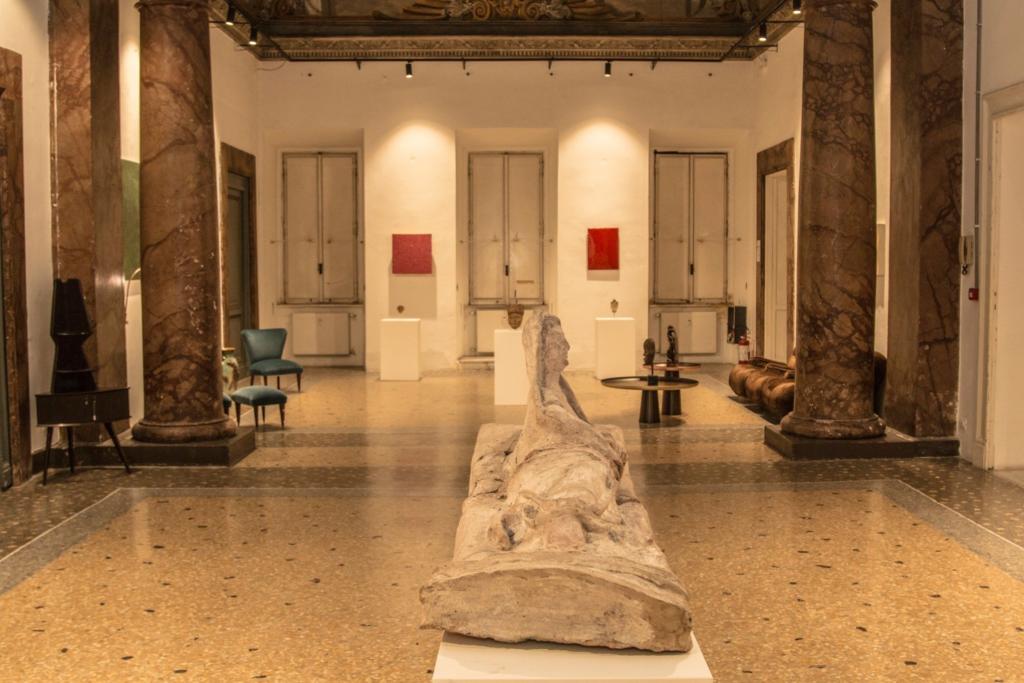 “I grew up among artists, stylists and music lovers, especially through the MICROSOLCO. When I was 6 years old, I played with vinyls in hand, I used the “cucchiarelle” on leather-covered chairs and imagined I was in charge of a battery. It was all my father’s fault, a man of unusual creativity, he took me to the markets and we often went home with a vinyl ”- says Dario Pellegrino, creator of Electrovinyl Corner.

“For me the record represents the past, the present and the future. A journey made of passion for music, dance and not rocking. The disc is pure art, immortal”. 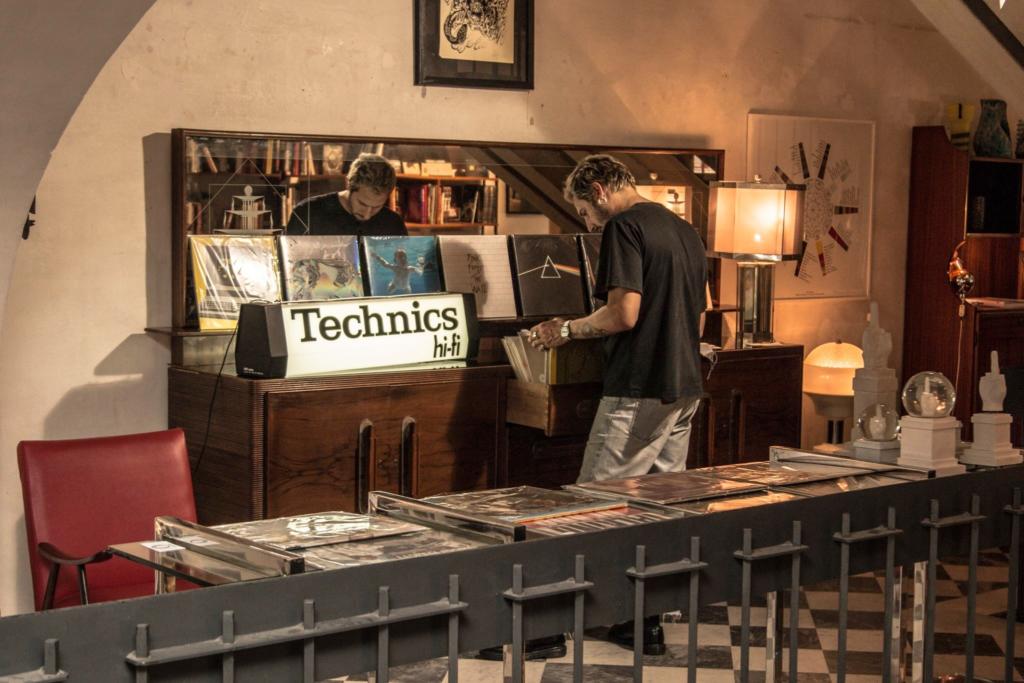 From the idea of Dario Pellegrino, the corner vinyl, dedicated to vinyls, on the second floor of the building, collects a mix of new and used vinyls, rare and collectible, which can be heard inside the space as in a small room. finely furnished tea, in a style that changes from time to time. Because the peculiarity of the place is the continuous selection of objects, furniture and, of course, the proposals of always different vinyls. 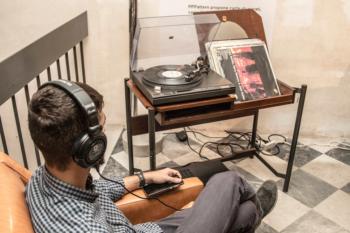 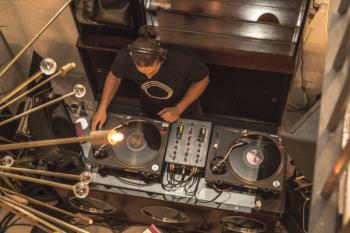