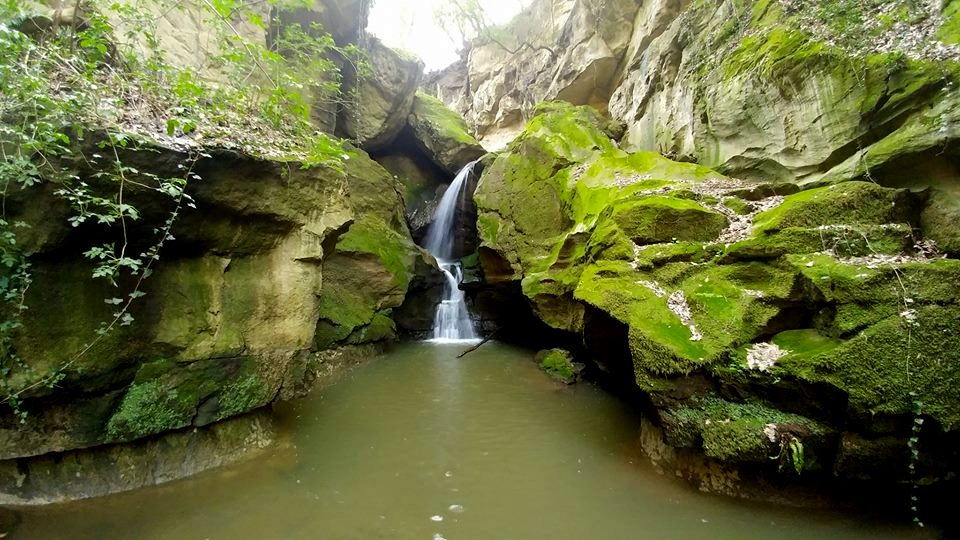 The itinerary you are about to read about is one of the most complex possible around Rome.
In the film “The Mountains of the Moon” we watched the exciting (dis)adventures of the explorers Burton and Speke in search of the sources of the Nile. Subsequent explorations discovered that the Nile did not spring from a precise point, but from different lakes. Well, like the sources of the Nile, also those of the Crèmera, my river of the heart, are not found in a single place, but move depending on the seasons and rainfall. In spring the water flows from the impluvium of the caldera at the foot of Mount Razzano, between Sacrofano, Formello and Campagnano, in different points depending on the period. During the dry season there are no springs, but only the veil of water that descends from the top of the gorge, during the rare rains. 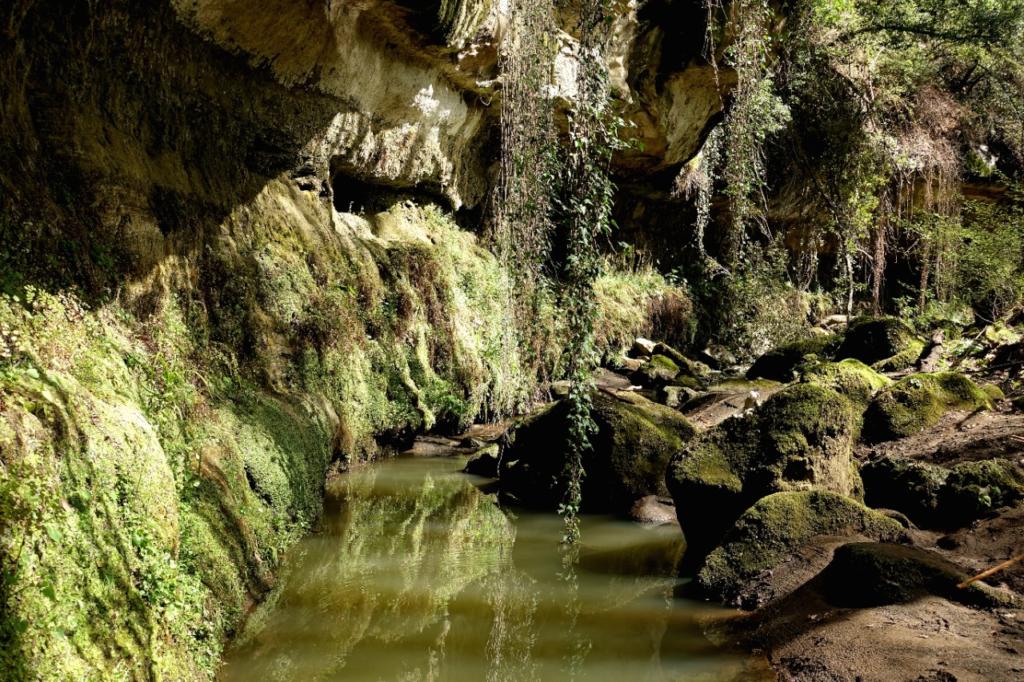 A second analogy with the sources of the Nile, with respect speaking, is that it is an adventure in its purest form. One cool morning in October 2001, looking out of the panoramic window of the bedroom of the villa where we lived with our little daughter, I saw the mist rising from the bottom of the caldera and I thought that there, invisible, there had to be something special. So I reached the end of the road and began to descend a track, which descended steep and slippery. I found myself in a wild environment, without paths or human traces. At the bottom of the caldera, hidden by the vegetation, flowed the Crèmera, which at that point entered the dark rocky gorge dominated by the sanctuary of the Madonna del Sorbo. I immediately went “on a trip” with this river, which I crossed several times in the following months, exploring every gorge, without knowing what I would find after every curve of the river, moving away each time more and more from the starting point. It was the call of the challenge without any sense whatsoever. 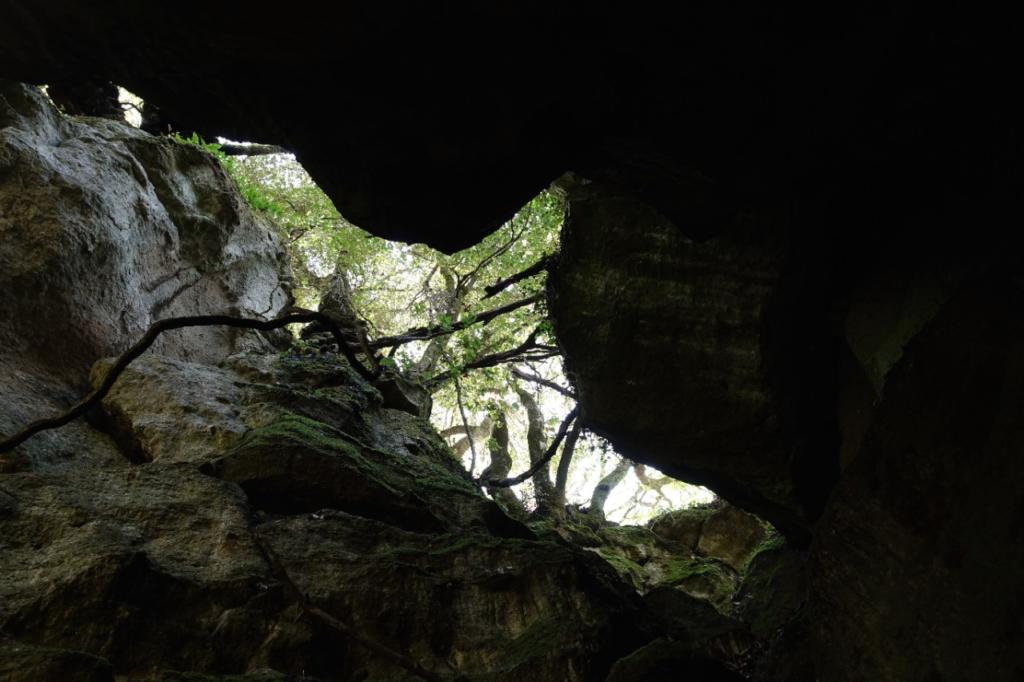 One day I took a small side gorge and, at the end of a rocky gorge, I discovered the Falls of Hell. It was the vision of this waterfall – by now even the stones know it – that gave the go-ahead to the systematic search for the “Secret Places a stone’s throw from Rome”. I must have come at least twenty times before this waterfall and one of these, with my friend Isabella Pratesi of the WWF and with our children, at that time young, thanks to the expert eye of Isabella, and the attentive and curious children, we found the salamanders. 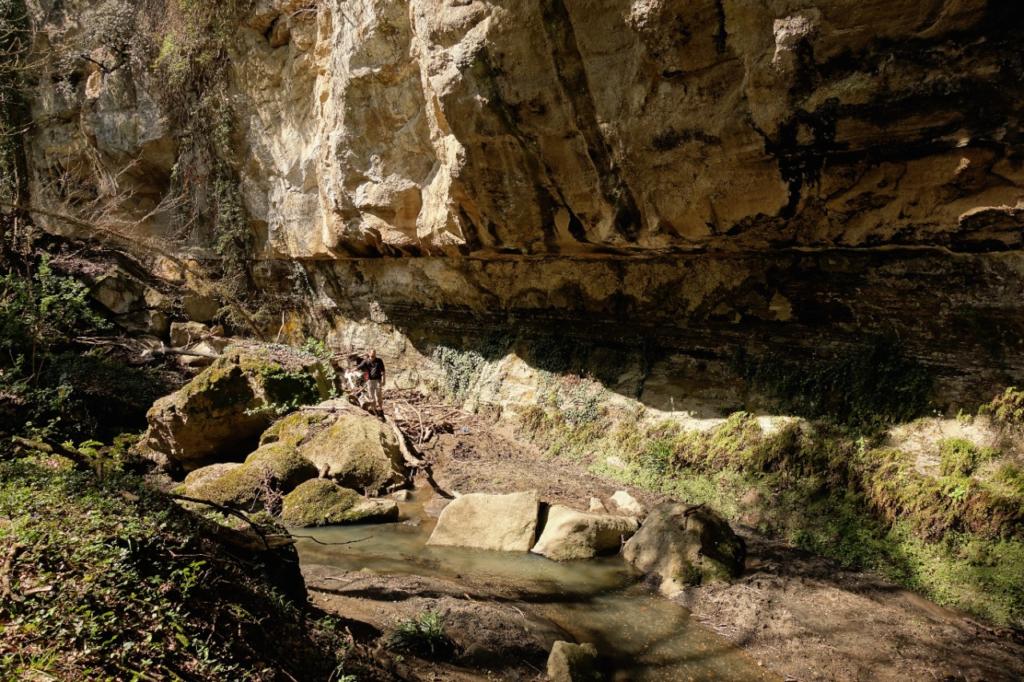 A cold and sunny December morning, we finally walked the Crèmera until the end. After walking for an indefinite period under a total arboreal cover, after leaving the detour to the waterfall of Hell, after an infinite theory of rapids, after an unexpected waterfall in a recess on the orographic right, I arrived at a point where the vertical wall on the orographic right of the gorge had created a kind of roof and was covered with moss, climbing plants, arabesques of travertine, while veils of waterfalls came down from above: a fantasy place like few others. A few more tens of metres and the Crèmera gorge was abruptly interrupted by a waterfall that made its way to heads between the rocky walls, forming a small lake, more or less extended depending on the rains: another, unexpected, enchanting place. 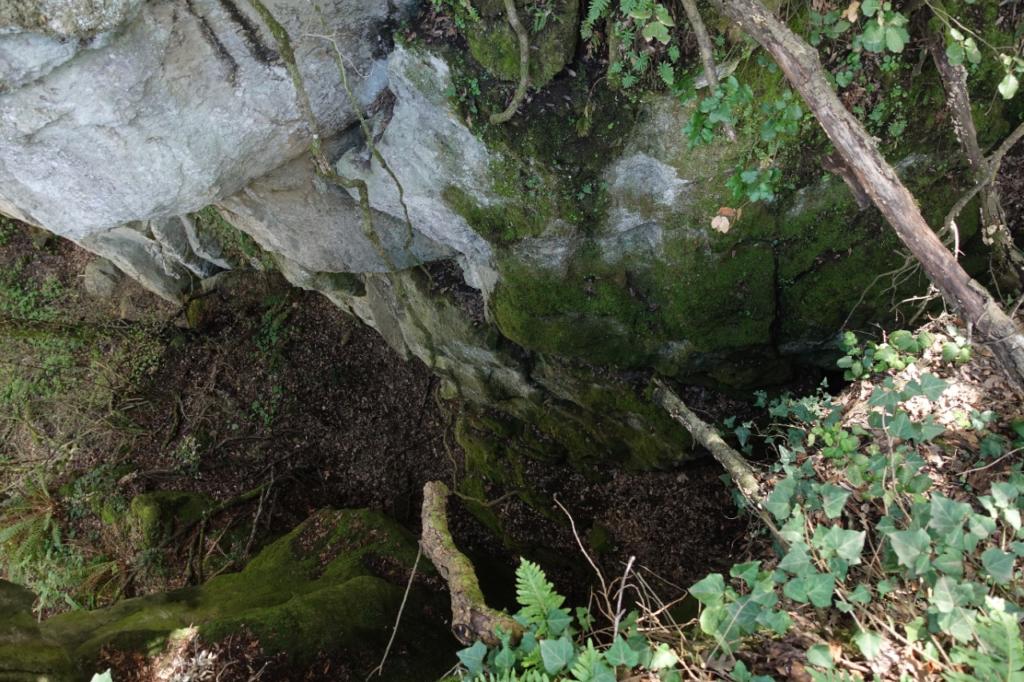 During the Crèmera Challenge I tried, always with the due differences (Burton, Speke and company were in danger of ending up in some pot; at most I end up in the mud at the knees, with scratches from brambles and with some retort), emotions similar to those of English explorers, who were attracted, like moths by the light, from Africa more hidden and that often went to meet death and mutilation in search of the sources of the Nile.
And here is the third analogy between the sources of the Nile and those of the Crèmera, always with respect speaking: as well as to the amazed Speke and Burton appeared the gigantic lakes Victoria and Tanganyika (imagine the surprise for a European of two centuries ago, see lakes so immense, in Africa), so in my eyes appeared, the “vegetable gallery”, at the sources of the Crèmera. 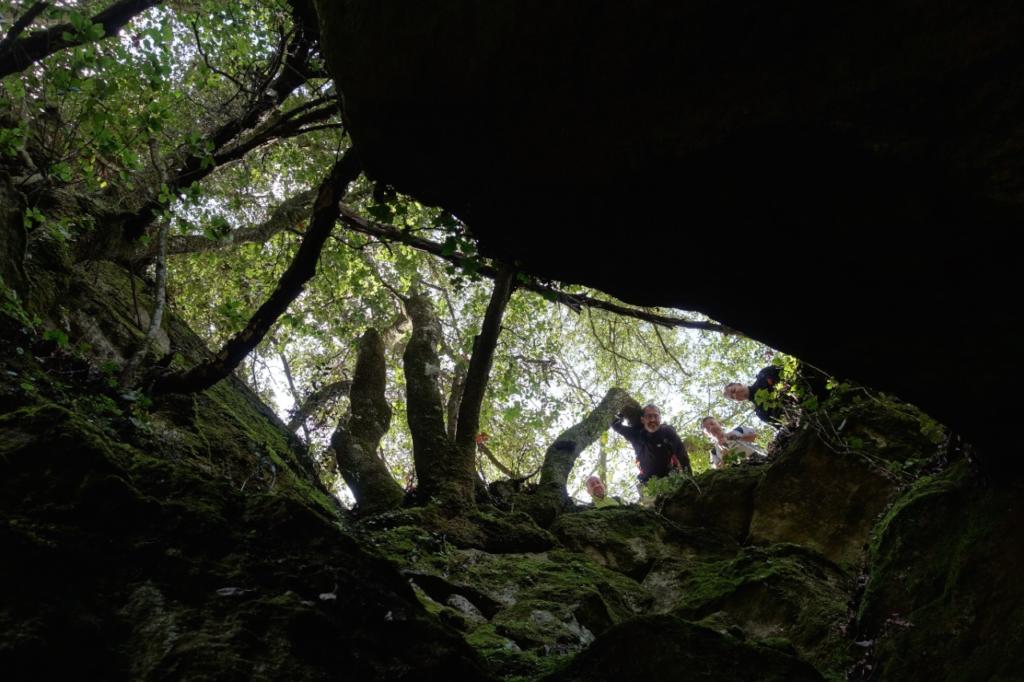 Thanks to the usual, ineffable, Francis called the Lucumone, after many, but many, years that I went back and forth, I found an exit, to make this route in one direction, and thus make it “simpler” and even more rewarding. 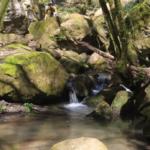 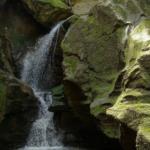 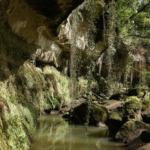 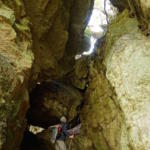 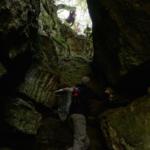