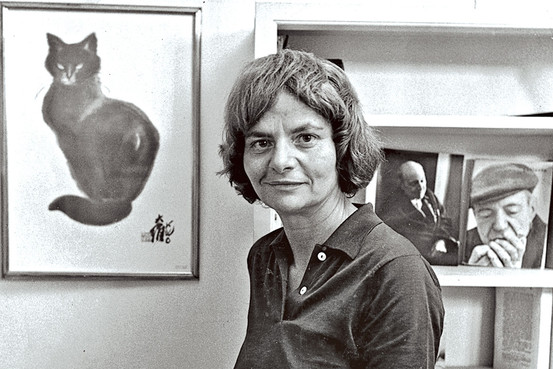 “We were moving as if we were lost, bursting through a roar, we bumped, approached and separated us, we could never meet.” (from the novel “Arturo’s Island” by Elsa Morante) 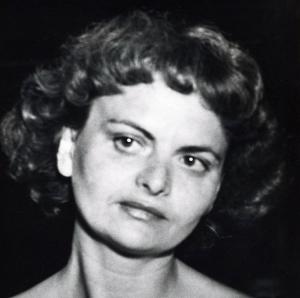 The sentence quoted above can be considered a symbolic synthesis of the writings of Elsa Morante and a glimpse of the different and tormented points of view that characterize her work . She is a writer whose production reveals strong and important autobiographical meanings.
My interpretation tries to investigate to what extent the author’s life mirrors the events and the history of the age she lived in.
Certainly Elsa  Morante was and is a complex writer . By choice and by instinct she cultivated strong elements of ambiguity , particularly androgyny.
This condition makes complex and problematic the realistic level of her novels. The struggle between imaginary and real elements is the key issue, the main problem to solve.

Reading the pages of Morante it’s possible to perceive a huge expressive anxiety. This leads her to adhere to established narrative models belonging to the tradition, but , in her best results she goes beyond them, reaching a sense of oppression perfectly honest and modern. 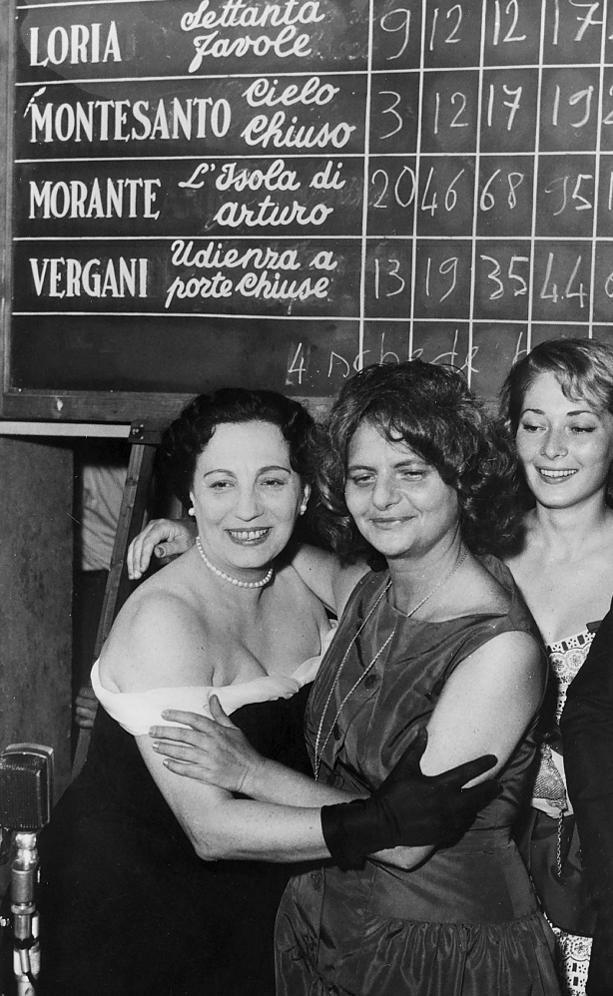 Starting from these reference points we can undertake this new literary journey . Elsa Morante ranges from nursery rhymes and children’s stories, poems and short stories, to some of the most famous and bitter Italian novels of the XX century : Menzogna e sortilegio, l’isola di Arturo, History  Aracoeli. Well, in the pages of her novels, in the profiles of the islands, landscapes and characters , in the folds of lives overwhelmed by history, you can see the out from stereotypes and labels. Perhaps indeed she “a big lonely figure”, as described her by Franco Fortini. But above all, a writer who was able to make her own way without any need to comply with the literary currents of his time . His works are not only the transposition of her thought but the result of internal conflicts and personal stories she lived in. 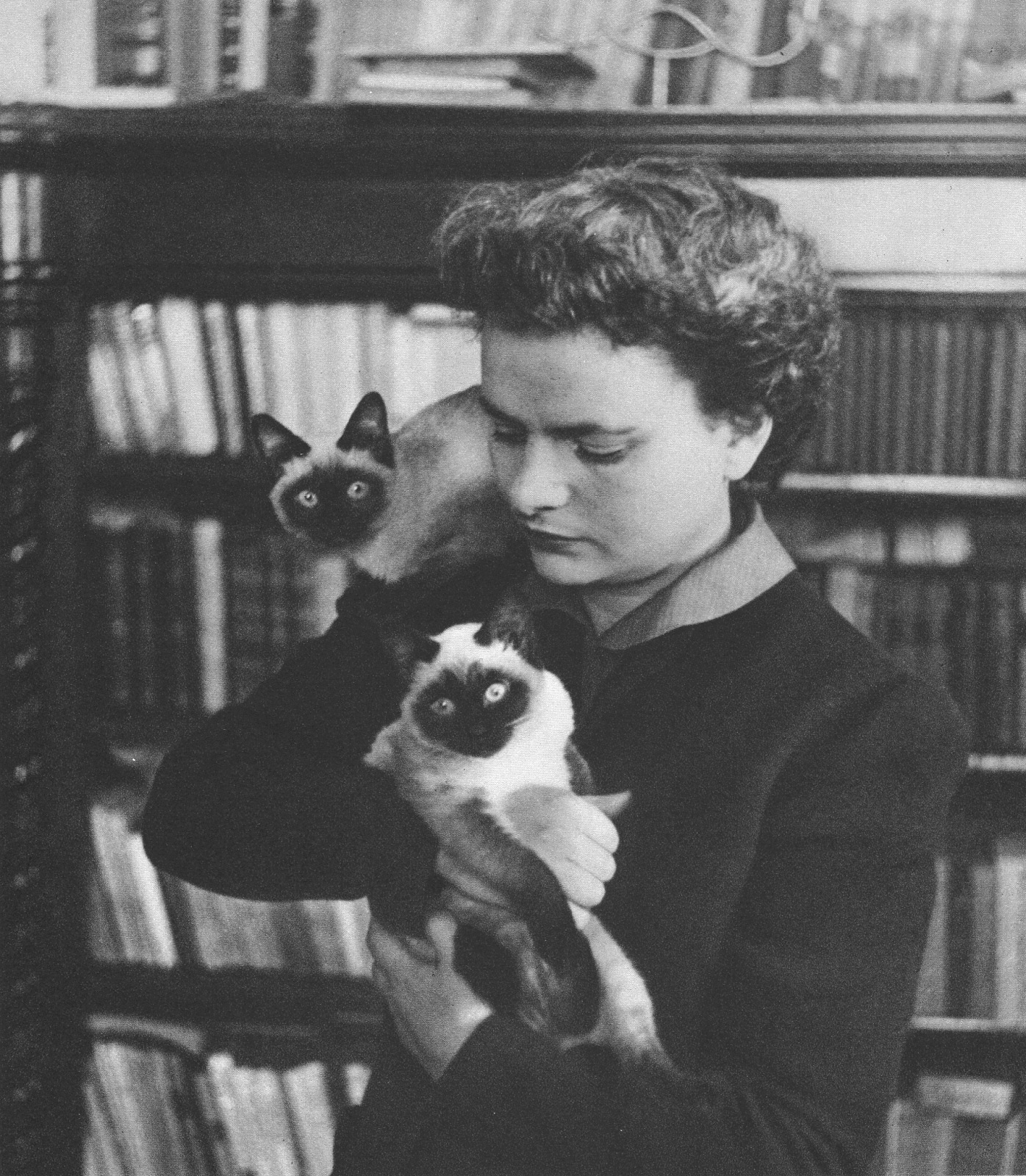 The first stage of the journey we are trying to trace starts from Rome, her hometown. Natural daughter of a Jewish teacher and a postal worker, was recognized at birth by Augusto Morante, overseer in a juvenile correctional institution. She spent her childhood in Testaccio, in this unusual family. She started writing nursery rhymes and children’s stories , poems and short stories that from 1933 until the beginning of World War II were gradually published in various magazines including the ” Corriere dei piccoli ” and “Oggi.” Elsa Morante published her works using often, as we have mentioned, male pseudonyms : Antonio Carrera and Lorenzo Diodati. It’s already detectable the ambiguity that characterizes his literary career and the habit of being called “scrittore”, the masculine Italian term for “writer”. This reflects her desire to be traced back to a universal definition rather than being included in women’s literature specificity.

She was forced to confront since adolescence with places and situations that led her to explore the dark side of the psyche. These experiences lead her to say years later, when she was already an established writer, that “we must only write books that change the world”. 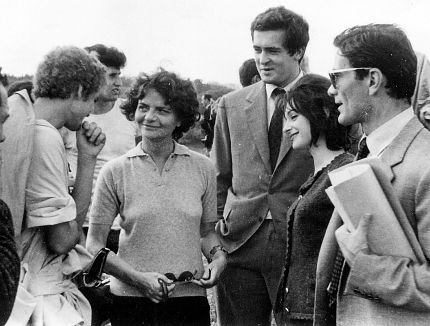 In 1936, thanks to the painter Giuseppe Capogrossi , Elsa Morante knows Alberto Moravia whom she married in 1941, the same year she published with Garzanti with his first collection of short stories “The secret game”.
The underlying themes of the stories are the transformations and metamorphoses of the characters; the game of the survival of humanity.
Together with her husband Moravia she attended some intellectuals and artists of great importance including Pier Paolo Pasolini, Umberto Saba, Attilio Bertolucci, Giorgio Bassani, Sandro Penna, Enzo Siciliano. But, as often happens in her life, the extremes coincide and overlap: the phase of the encounter corresponds to that of the escape. During World War II, to escape the reprisals of the Nazis , Morante and Moravia took refuge near Fondi, a village in the province of Latina. Here Morante began writing “Menzogna e Sortilegio”, but this difficult experience will also be the basis for the subsequent writing of “La storia”. 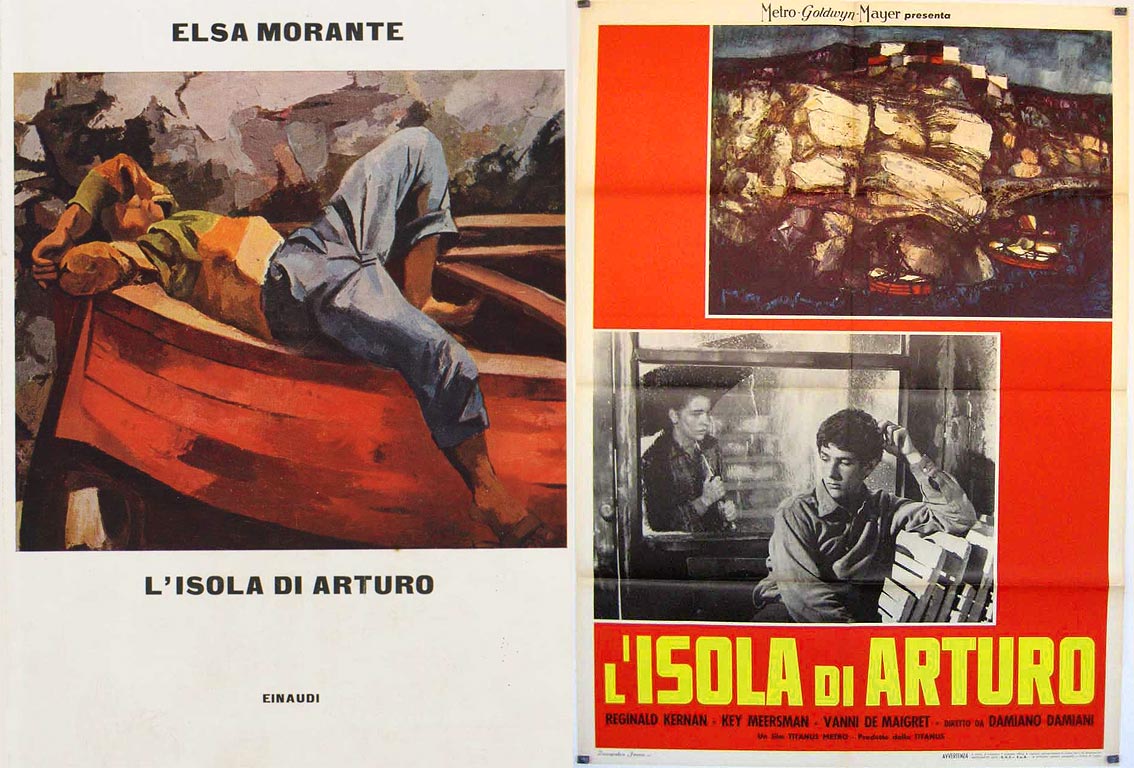 In 1957 she publishes “L’isola di Arturo”, thought and written entirely in Procida. It is the story of the difficult maturation of a guy living in the segregated almost motionless landscape of the island of Procida, near the impressive presence of the penitentiary .
The novel will inspire five years after the film by Damiano Damiani. The novel has the structure of a fairy tale, but even here the reality reveals its rough face. The literary material of the writer feeds on itself, and takes inspiration from literature, the novel is woven into countless other wonderful novels imagined by Arturo, a meta-existence based on a comprehensive meta- literature .
In order to finally mention the masterpiece of Elsa Morante , La Storia, we need to step back to the period of the exile in Fondi, surrounded and threatened by the violence of the world. In the village in the province of Latina, in what she herself will define “a kind of pigsty”, she and Moravia will give life to two of their most important works . In the country of Fondi Moravia conceived “Two Women” just as her partner was maturing the design of what would become her point of arrival, La storia .
Morante passes from the microcosm to the macrocosm, leaves the island and embraces the open sea, with its global fascination and cruelty.  La storia is the novel of Elsa Morante. All the rest of her world seems somehow to prepare this book. In her more significant novel the ” magic realism ” finds fulfillment in the power of sincerity: the humble, the losers , the ones that the writer loves do not prevail, can never hope for any success, revenge or providence. I promessi sposi by Manzoni are far away, but remain mighty foundations covered by the rubble of the years and the events . The losers are tossed on the rocks , and there is no more generous and sunny island of myths that can help them.

In the period of refuge near Fondi, Elsa Morante finds her right size, in symbiosis with the rural world that welcomes and protects her and Moravia, without expecting anything in return. With the passing of the years, she will transfer and will place the emotions perceived in the country of Fondi in the city of Rome, with neighborhoods that she knows well, with the way people live, think and react to disasters which ancient roots to which she adds new life and current events. She began to look at things as they are. Without softening the ferocity with the tale nor contaminating the beauty of the resistance with rhetoric.

Released in 1974, in the years of ideologies and avant-garde, La storia moves away from the stylistic standards of the time, confirming the originality of Elsa Morante and her nature of atypical and voracious autodidact. This work investigates stories of pain and redemption in which everyone can recognize. Her being an isolated voice divided the critics, regardless of the significant response from the public of the book. Some critics reproached her because they thought she could not keep pace with the times and retaining a narrative structure typical of the nineteenth century. Others praised her, considering her capable to cross literary fields diversified, giving them a new dimension. Some considered her works marked by a formal populism and others on the contrary appreciated her ability to give voice to a passionate chorus . 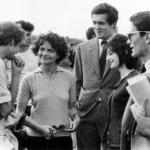 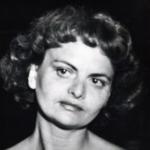 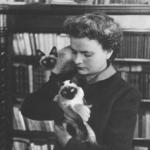 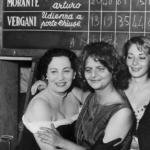 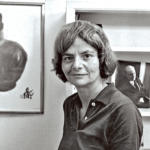 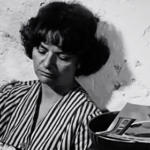 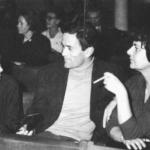 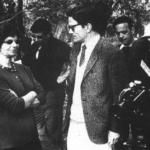 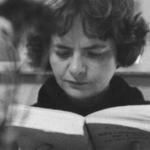 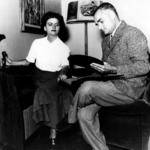 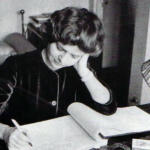 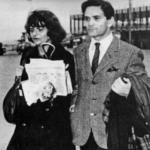 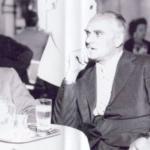 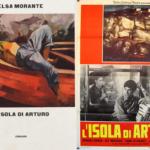 The figure of Elsa Morante still continues to divide. After triumphs and disappointments, escapes and returns, Morante’s motto, her guiding star , “we need only write books that change the world ” is fulfilled in the same act of its betrayal: La storia is a book that will change the world in the moment when it stops wanting to change it and start to tell it as it is, between blood and dream, fairytale and massacre.

Even today, despite the legions of readers, the innumerable editions and reprints, conferences and discussions dedicated to her, Elsa Morante remains an isolated voice, far from the dominating trends and established patterns. That way to be  out of fashion, make her a complex and controversial subject of study and evaluation and, on the opposite side,  let her free from passing contingent periods and clichés. As Madame Coco Chanel said “Fashion fades, only style remains the same”. Well, in the case of Elsa Morante these words seem to be true. The strength of her work lies in the complexity that still refuses, by choice and by instinct, reassuring solutions.
[codepeople-post-map]

www.ivanomugnaini.it
2 comments to “Elsa Morante, the mysterious charm of a woman “out of fashion””