The port of the Rhine,  Lake Maggiore

Promote Lake Maggiore and its Valleys as an ideal tourist destination also for active tourism, this is the objective of the Fam Trip promoted by the Monte Rosa Laghi Alto Piemonte Chamber of Commerce which led 12 Northern European operators to discover the wonders of this cross-border territory between Lombardy, Piedmont and Switzerland.
Made as part of the AMALAKE project and co-financed by the Interreg Program, the tour saw the participation of 10 tour operators and 2 journalists, mainly from France, Germany, Sweden, Finland and Italy. 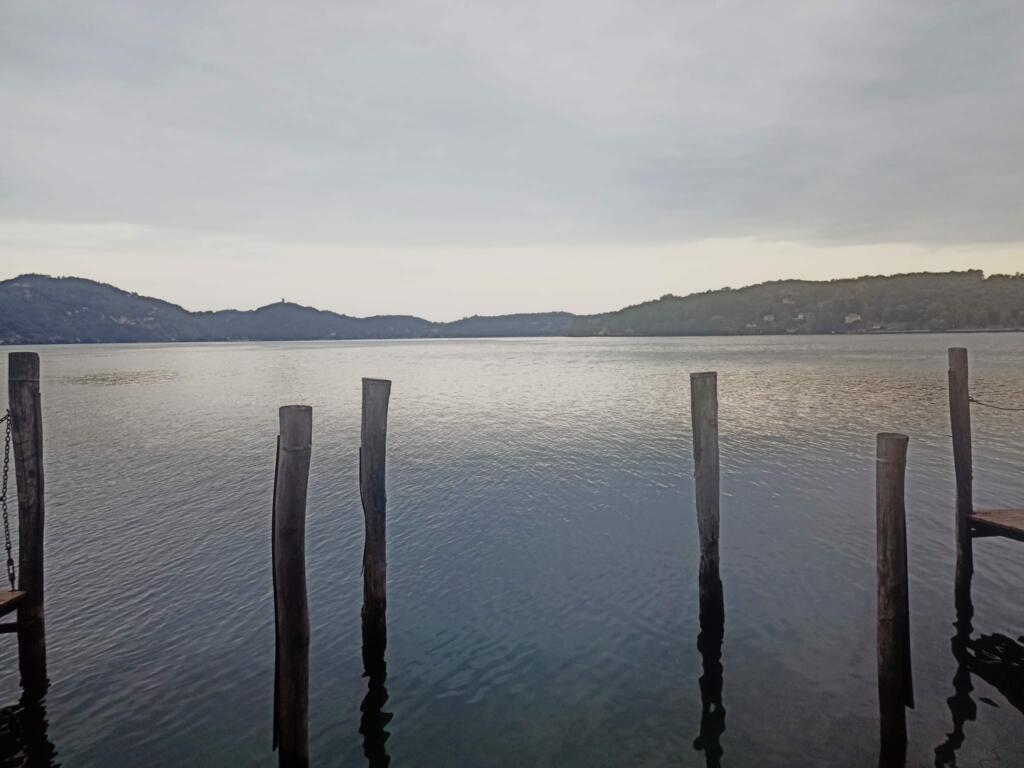 Although strongly oriented to promote active tourism, the trip was a full one exciting immersion that led operators to discover how art, culture, nature, food and wine and adventure can blend harmoniously and find their synthesis in surprising itineraries capable of offering unique experiences.
The travel program, well constructed and articulated, has seen a succession of excursions, tastings, climbs, launches and climbs, to fully grasp the charm and suggestions of the many fascinating places that surround Lake Maggiore. 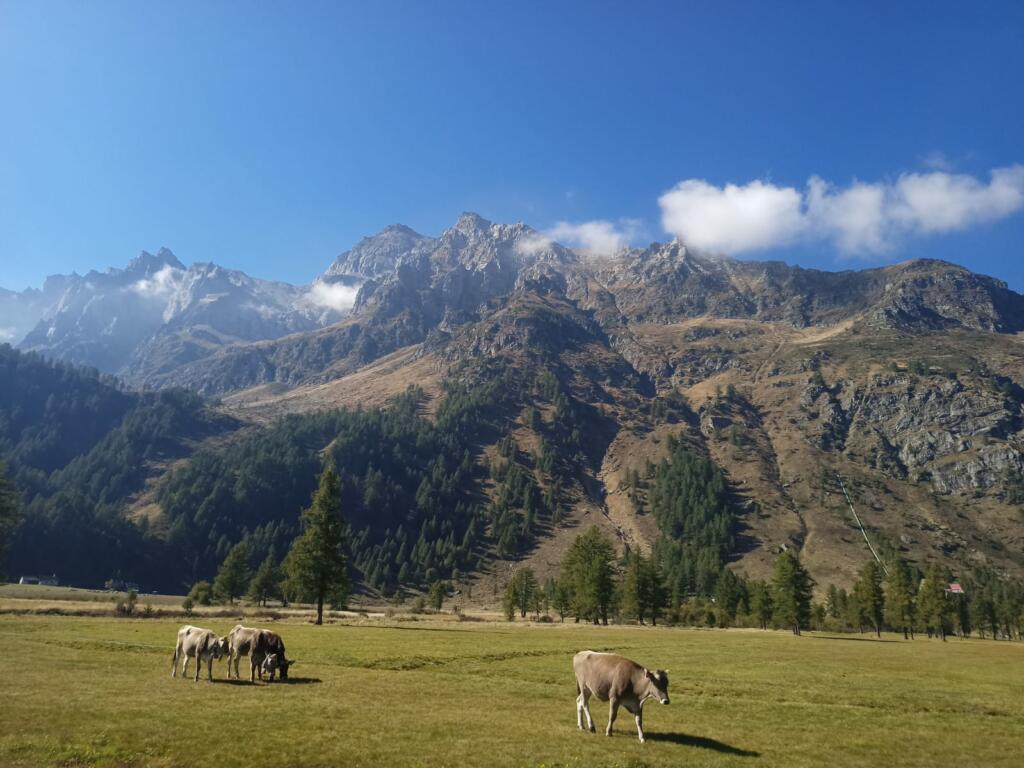 The first stop was a beautiful excursion on Alpe Devero crossing the Val Formazza and the Val D’Ossola with a trek at an altitude of over 1700 meters, among enchanted landscapes, grazing cows, mountain chalets, streams, lakes and the Toce waterfall. 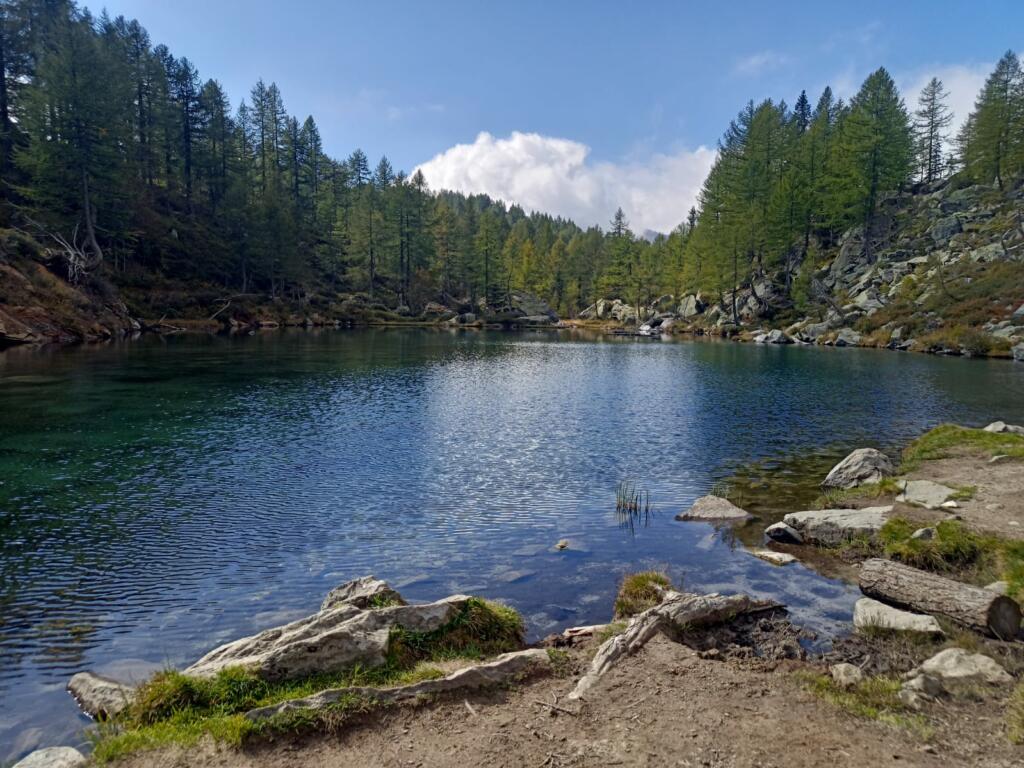 Lunch in an early twentieth century hut located in Beceno with tasting of cold cuts and cheeses including Bettelmatt, Gorgonzola Dop, lard with Macugnaga herbs, beef bresaola and Val Vigezzo ham, and then polenta with mushrooms, cheese, sausages, meats in moist and finally triumphs of pies and strudel.
In the evening, return to Stresa and gala dinner with the operators of the Chamber of Commerce and the Lakes Tourist District in the splendid halls of the Grand Hotel des Iles Borromées in a sumptuous and elegant atmosphere where the best of haute cuisine was staged and local wines. 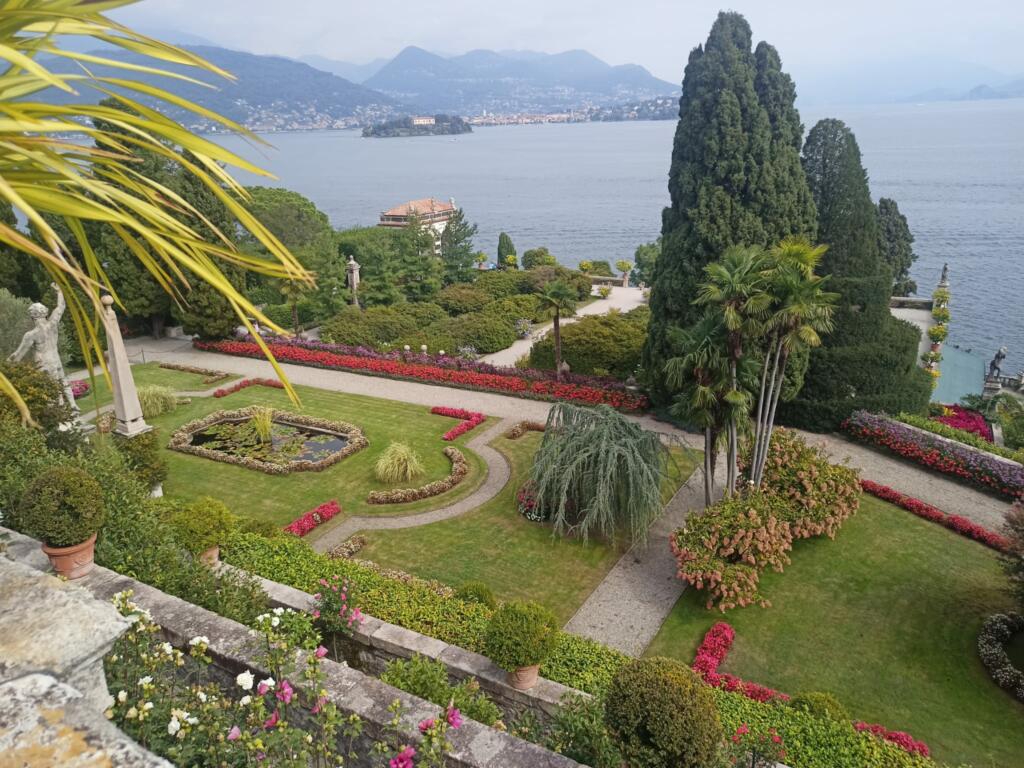 The second day, climbing and archery experience and then a guided tour of Isola Bella and Palazzo Borromeo. It took 400 years, says the tour guide, to transform Isola Bella from a fishermen’s rock into a place of enchantment and a noble residence of the highest level, thanks to the commitment of hundreds of architects, engineers, plasterers, painters and cabinetmakers. . The result is nothing short of spectacular: frescoes, stuccos, sculptures, collections of masterpieces and some copies of great masters of the caliber of Raphael, Correggio, Titian, Guido Reni enclosed in the Berthier Gallery and then again the magnificence of the Throne Room, the Sala delle Regine, the Hall of Tapestries and finally the Caves and the Baroque garden decorated with statues, obelisks and stairways. After lunch based on lake fish served in all its different forms at the Elvezia Restaurant, transfer to Omegna on Lake Orta where the most intrepid have tried the exciting adventure of the ZIPline, a jump of 60 meters suspended on a cable steel that runs 500 meters above the lake. 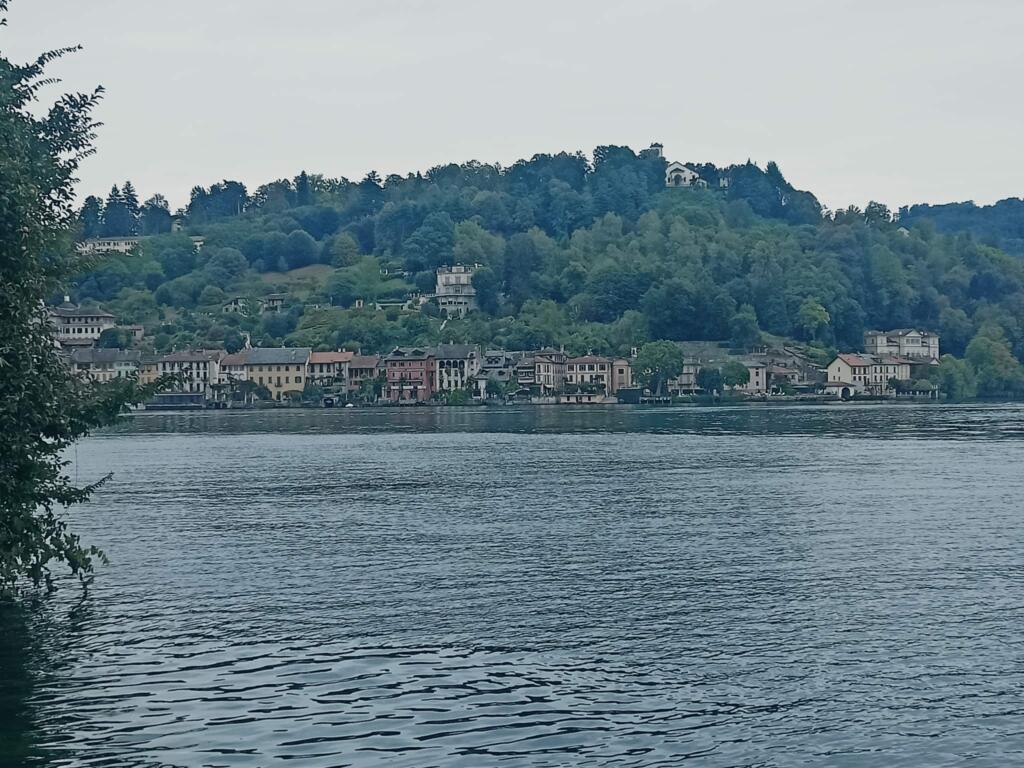 After experiencing the thrill of the launch and the view from above of Lake Orta, a guided tour of Orta San Giulio, a romantic village where time seems to have stopped, awarded the orange flag of the Italian Touring Club. 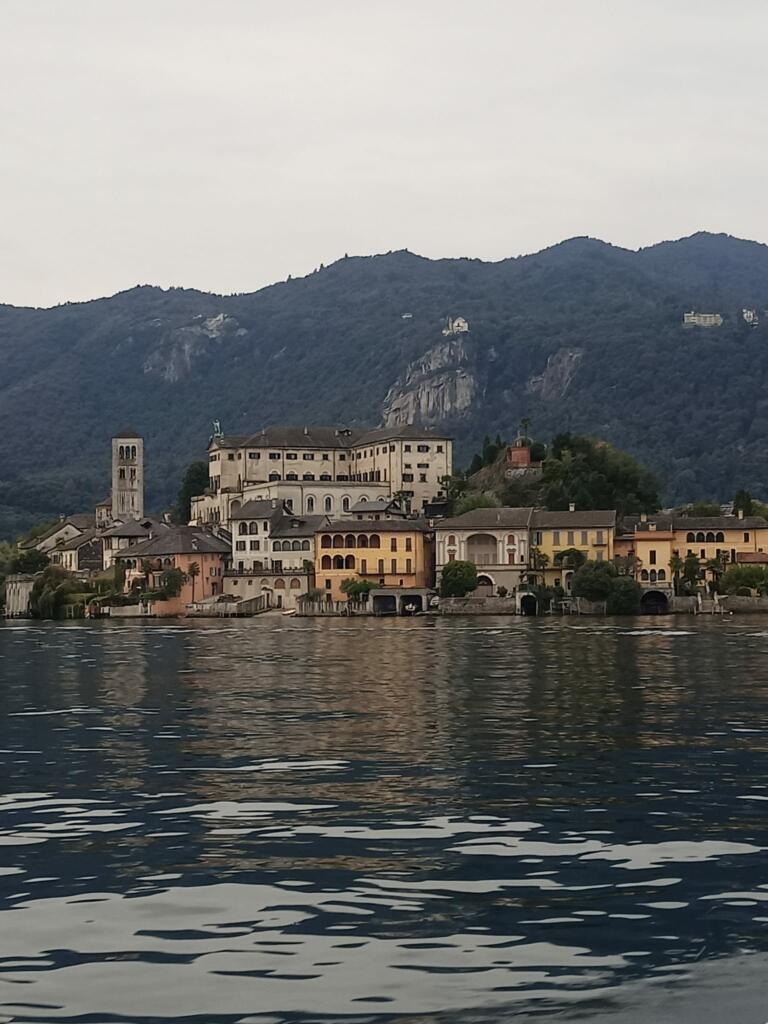 From there by boat you can reach the island of San Giulio to discover its treasures including the basilica of San Giulio and the Mater Ecclesiae monastery, a cloistered female Benedictine abbey. After the splendid visit, dinner at the Luci sul lago restaurant with an aperitif at sunset on the terrace overlooking the lake and dinner with a menu based on local meat specialties (especially boiled meats) and recipes based on lake fish. 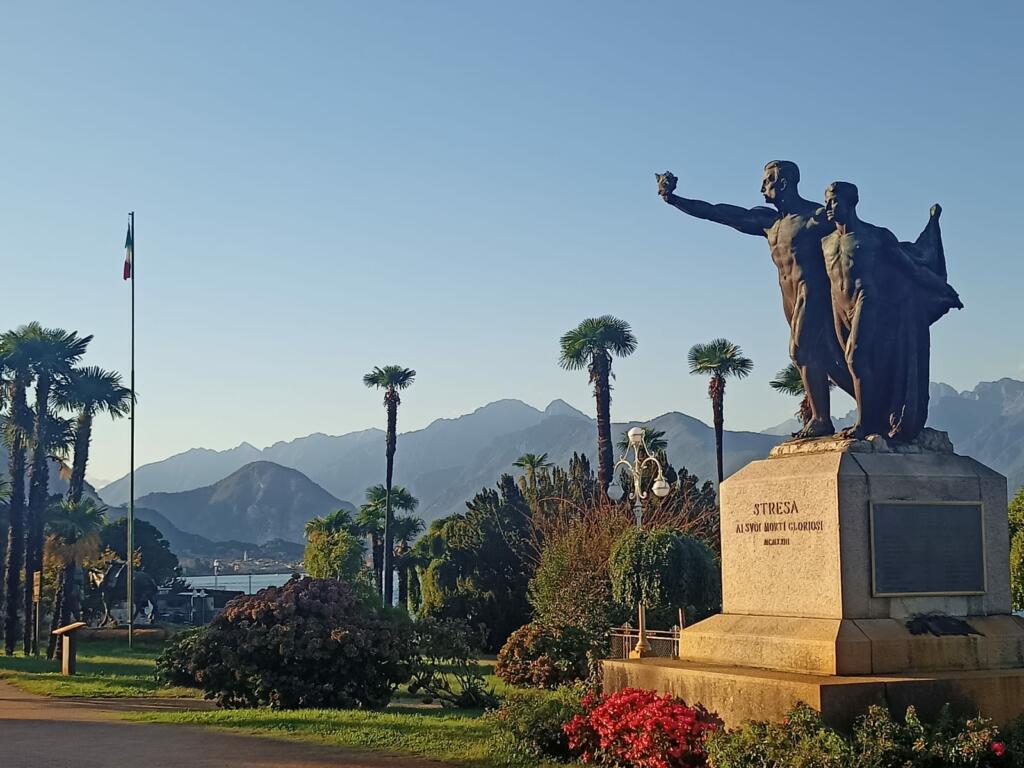 On the third day, transfer from Stresa to Novara with a guided tour of the city: from the Castle to the Duomo (or the Cathedral of Santa Maria Assunta), from the seat of the Rice Exchange to Palazzo Orelli al Broletto and finally the Basilica of San Gaudenzio, symbol of the city. . And right there, another adventure awaits the group: the ascent with harness to the Dome of San Gaudenzio whose spire that rises 121 meters high allows you to admire a splendid view of the city, Monte Rosa and the Alps up to to the skyscrapers of Milan.
The guided ascent to the dome allows you to discover how San Gaudenzio represents one of the most daring masonry buildings in the world, the highest expression of the genius of Alessandro Antonelli even better known for the Mole di Torino that bears his name.
After the exciting climb, lunch in the historic center of the city at Cannavacciuolo Cafè & Bistrot with a tasting menu by Chef Vincenzo Manicone.
In the afternoon, visit to the “Enrico Crola” winery in Mezzomerico with wine tasting accompanied by meats, cheeses, grilled and fried vegetables.
In the evening, arrival at Castello dal Pozzo, a 5-star resort surrounded by lush nature on the hills of Oleggio Castello, where you are catapulted into a neo-Gothic atmosphere. 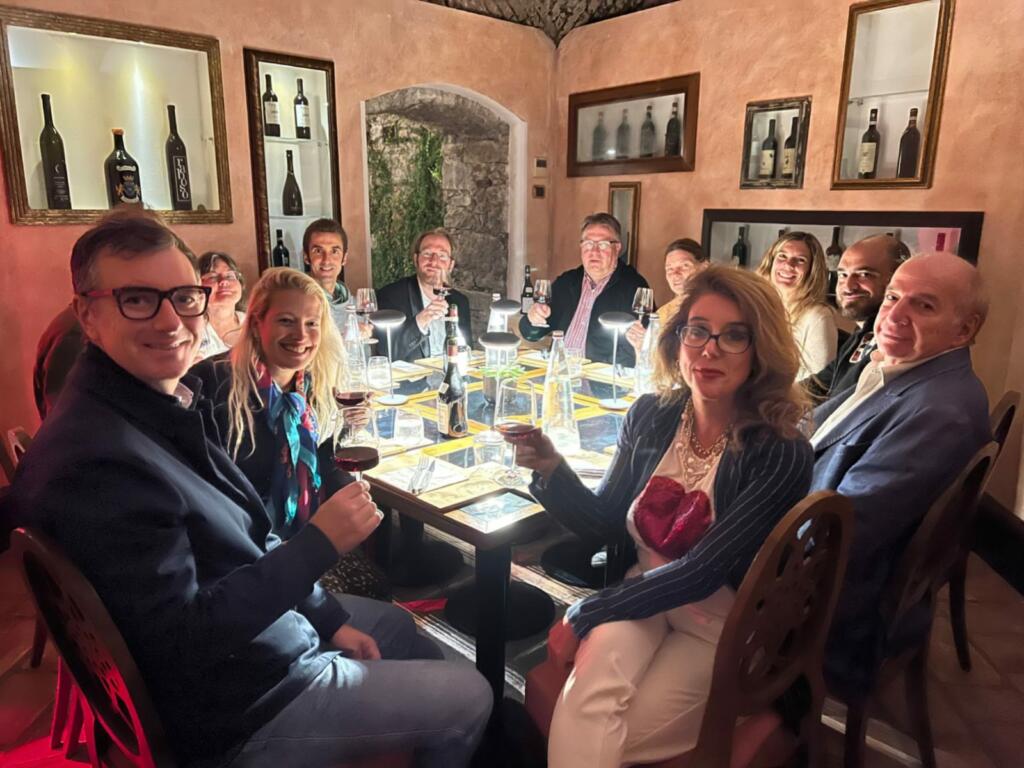 Tasting dinner at the Dan Garden Lounge nestled among the majestic trees of the resort’s centuries-old park and last toast to the wonderful experience.
It is difficult to condense in a few lines the wealth of emotions offered by the tour. It was a continuum of discoveries and adventures, an experience that involved all the senses.
A journey that leaves the desire to return, to deepen, to discover and experiment with new itineraries to immerse yourself in the infinite variety of landscapes and beauty of this area.
A perfectly organized fam trip that allowed the participants to grasp the spirit of the place and promote this destination able of seducing and satisfying even the most demanding traveler. 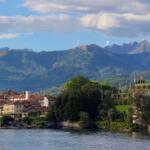 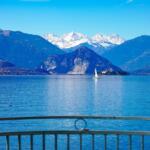 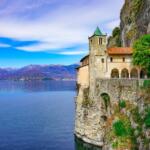