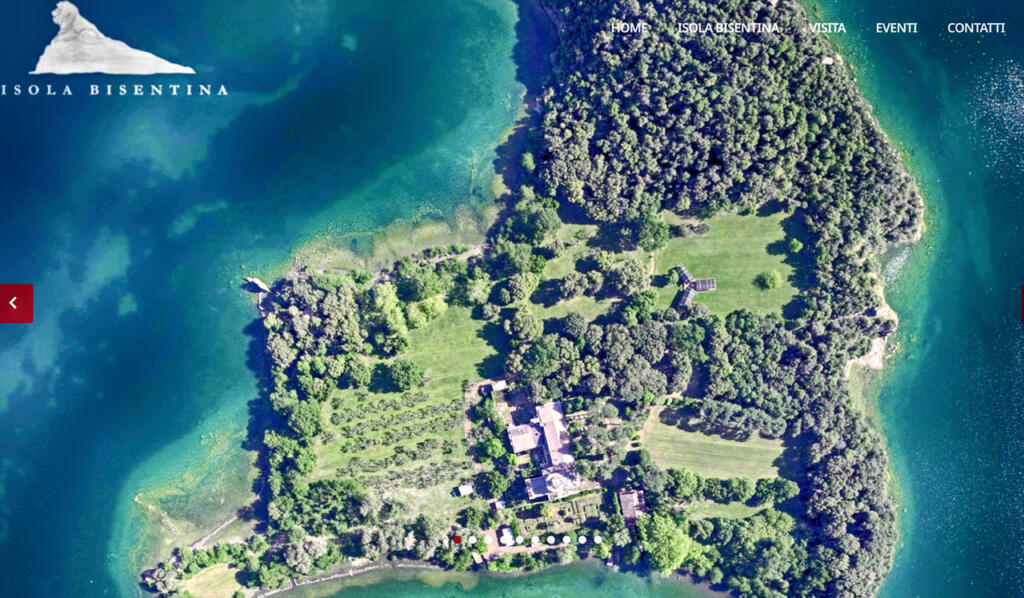 Go to the Google Earth app and type in your home address.
Make yourself comfortable because you’re off on an unforgettable journey.
On the magnifying glass, type : Isola Bisentina, Lake Bolsena.You will be projected into the sky and then land on an island in the centre of Lake Bolsena, which is in the centre of Italy. An island with an attractive, sinuous profile, surrounded by emerald waters.
The feeling is of being at the centre of the world, isolated from everyone, in absolute peace.

This is what we experienced when we set foot on the island. 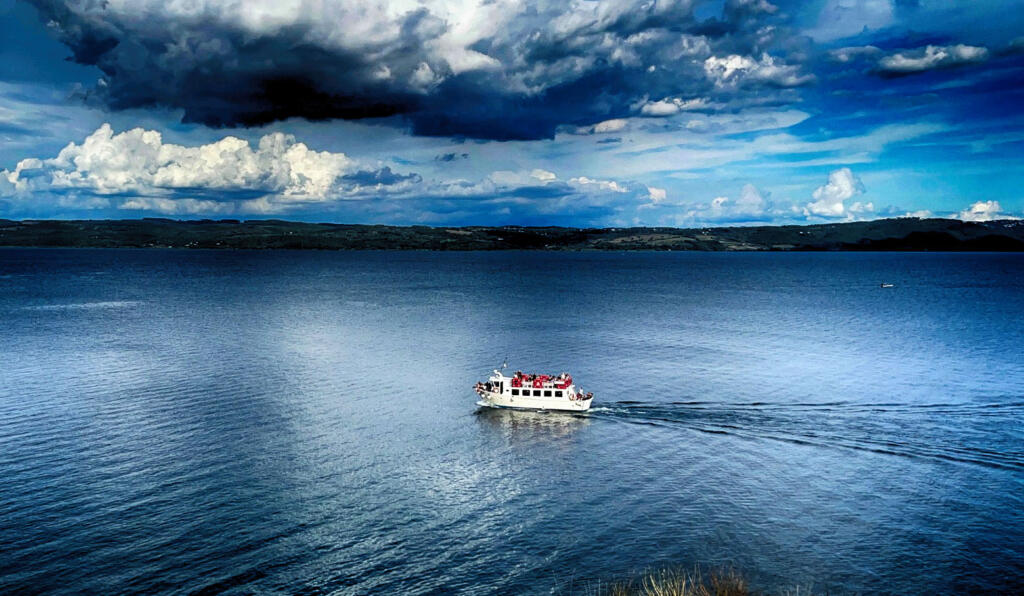 Lake Bolsena or Volsinio is located in central Italy, in upper Lazio, in the northern part of the province of Viterbo.

You leave from the Capodimonte pier, from where the Rocca del Sangallo stands, and in fifteen minutes by boat you land near the elegant Art Nouveau dock. 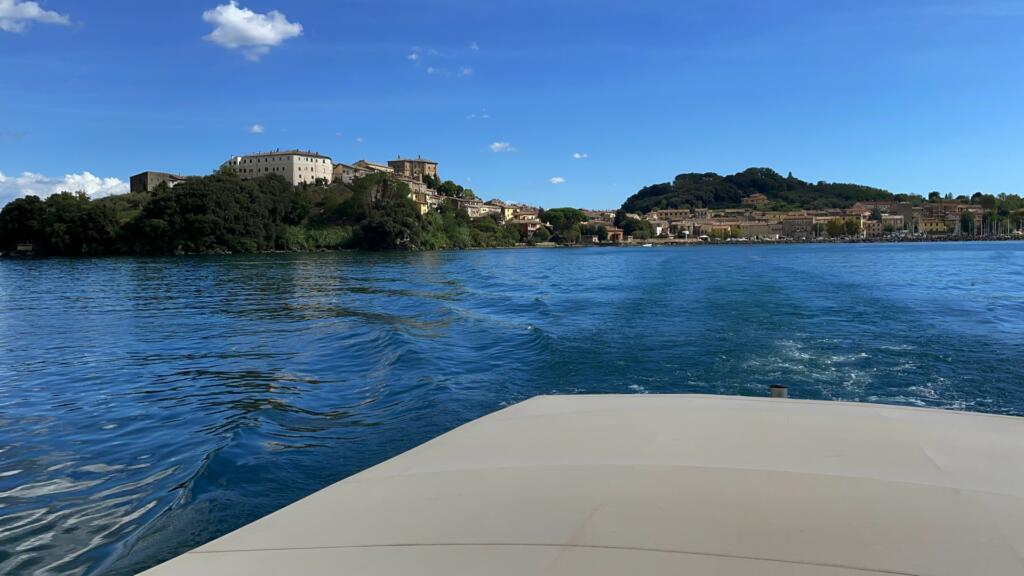 The Bisentina Island is a dream place that unfortunately could not be visited for many years. A jewel of just seventeen hectares, in the centre of Lake Bolsena, known to be the largest basin of volcanic origin on the entire European continent.
The Island is a private islet that can now finally be visited, thanks to the boats that will leave from Capodimonte and Bolsena. 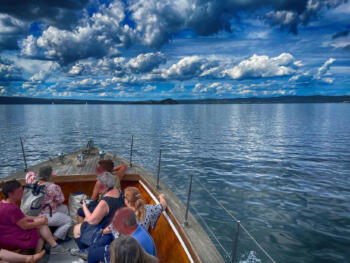 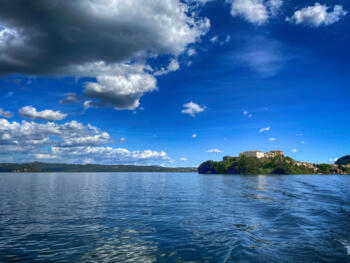 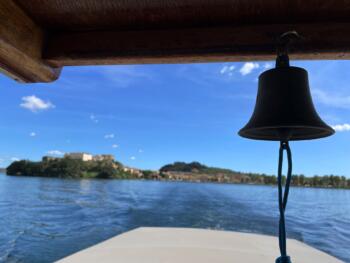 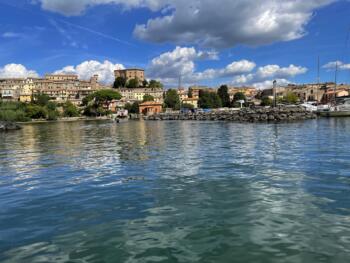 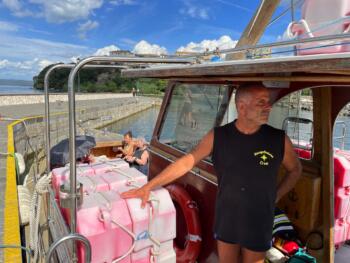 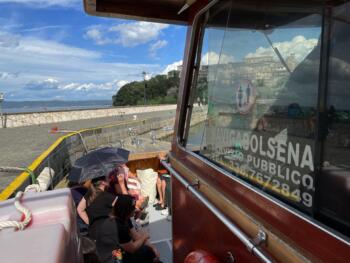 It has been more than twenty years since I have been down to this fascinating island.
Memories cannot help but go back to my Nonna Delia , a native of Viterbo, or rather, ‘Etruscan’. as she liked to call herself.
In the summer, leaving from Capodimonte, she would take us grandchildren to the island to listen to the music being played in the little chapels by torchlight. 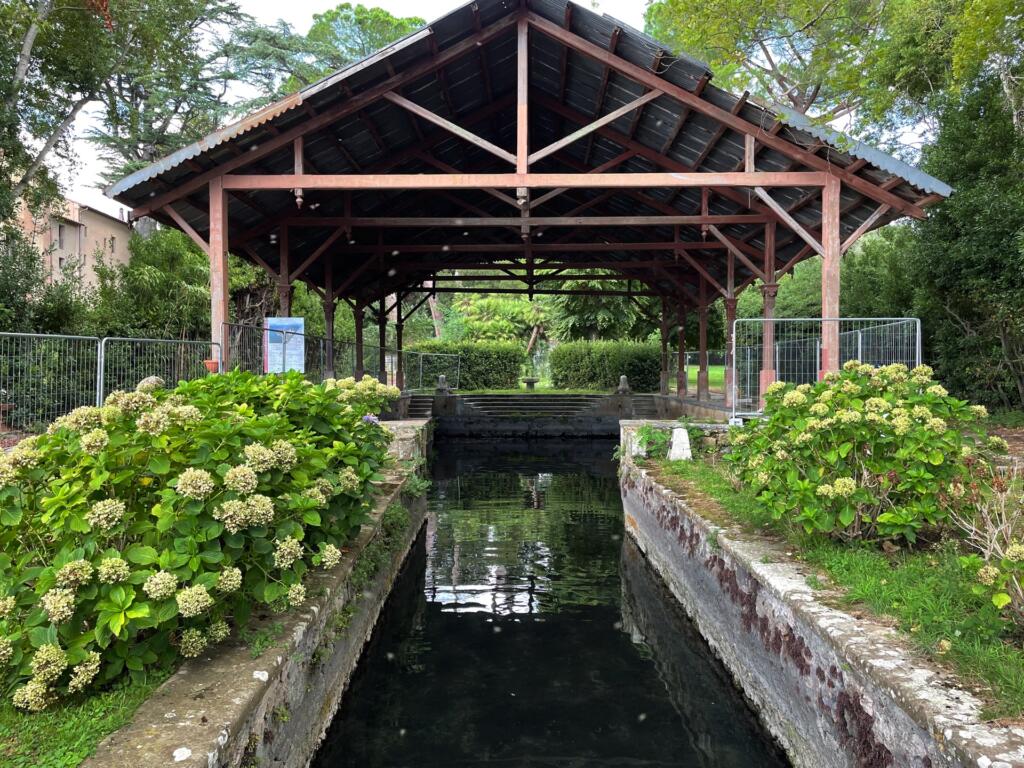 Of course, we children had other plans: running around the paths and groves. Chasing the animals that populated it: cats, dogs, rabbits, perhaps fawns. But it was forbidden to go near the water: we could be ‘eaten by the snakes of the lake’. Cunningly, months earlier, they had shown us a basket with live eels and that sight had been enough to convince us.
As also, on the way back to Capodimonte, we had to be good in the boat, otherwise the huge stone lion would get angry. 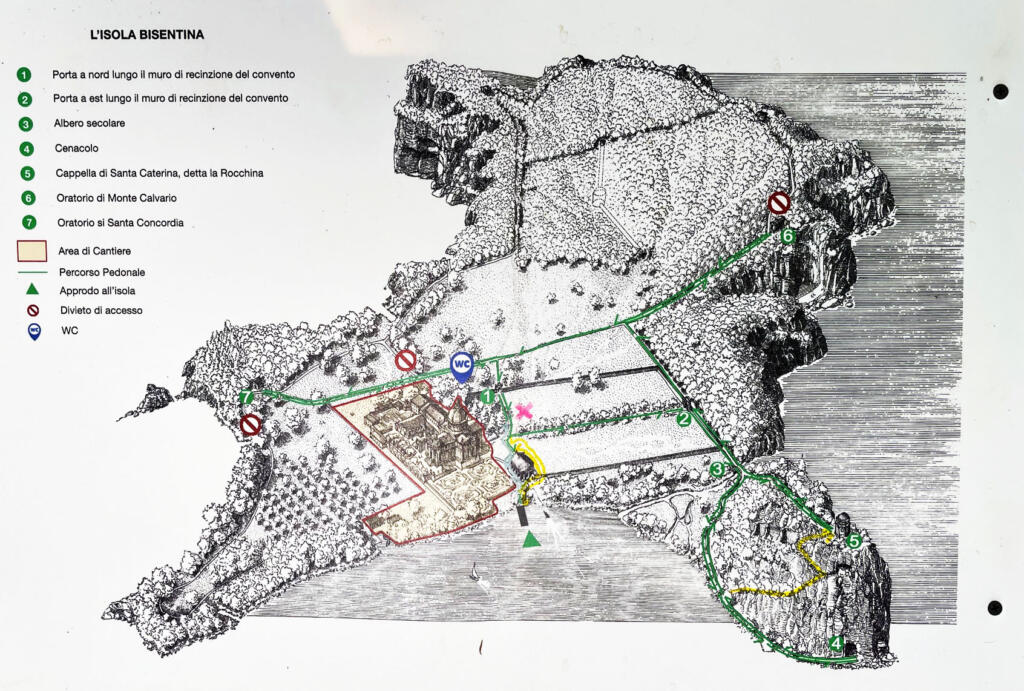 The Del Drago family, a noble and historical family originally from Viterbo, has owned the island since 1800. Prince Giovanni del Drago and his sister, Princess Maria Angelica del Drago, often stayed on the island in the past, but in the last fifteen years, the buildings there have gradually deteriorated. In 2017, grandchildren of Princess Maria Angelica del Drago sold the naturalistic jewel to the Luigi Rovati Foundation, a foundation named after Luigi Rovati, a doctor from Lombardy, researcher and pharmaceutical entrepreneur, who had always been involved in the cultural sphere. 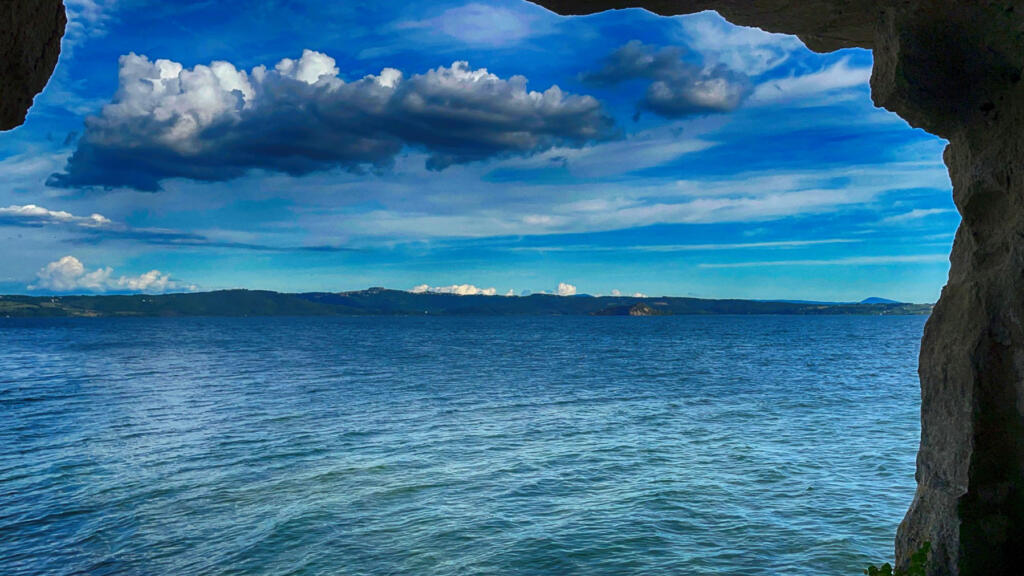 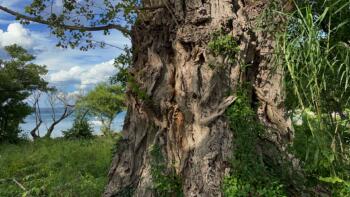 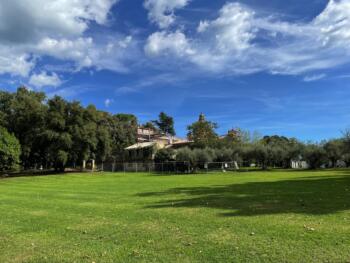 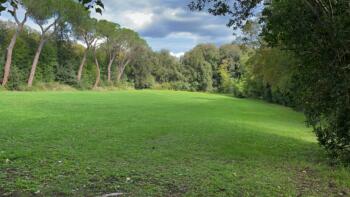 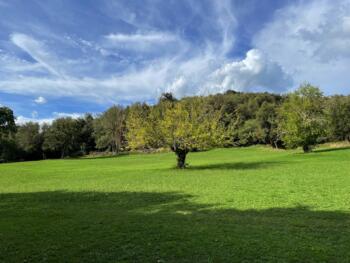 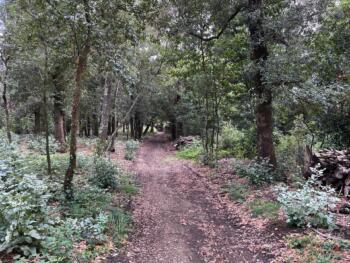 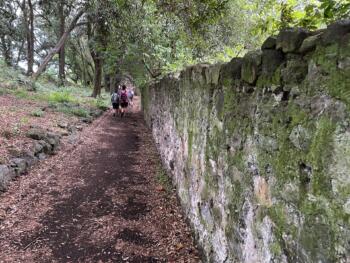 Initial rumours of purchase negotiations were followed by initiatives on the part of the municipalities of Lake Bolsena aimed at sounding out possible public interest in the purchase with the Ministry of Cultural Heritage and the Region of Lazio, which, however, did not come to fruition. 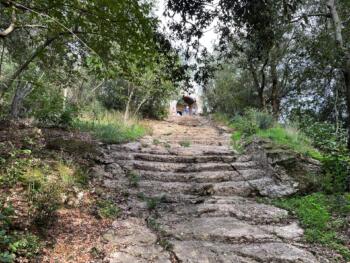 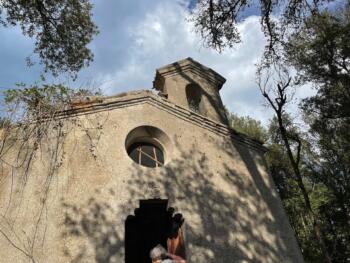 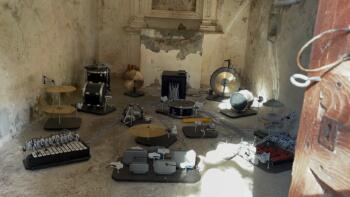 Numerous monuments can be found on the island, including the Church of Saints James and Christopher attributed to the school of Vignola, characterised by its majestic dome: a treasure chest (such as the paintings by Annibale Caracci now in the Vatican) and the adjacent Franciscan convent now under restoration. The church was commissioned in 1588 by Cardinal Alessandro Farnese and was built on pre-existing buildings, designed by architect Giovanni Antonio Garzoni da Viggiù, who also designed the lead dome. A sort of ‘lighthouse’, clearly visible from the mainland, makes the Bisentina skyline unmistakable.

The octagonal chapel of Santa Caterina, known as the ‘Rocchina’, is attributed to Antonio da Sangallo the Younger: built on an Etruscan columbarium, it rises from a rocky spur overlooking the lake. It owes its nickname to the fact that it is, in practice, a miniature of the Rocca di Capodimonte .

Then there is the Chapel of the Crucifix or Mount Calvary, which houses precious frescoes attributed to the hand of Benozzo Gozzoli,
and lastly, the horrible Malta dei Papi, a life-long prison for clergymen guilty of heresy, consisting of a miserable, dark cell inside a hill, with light filtering through a small trapdoor 20m above the ground. 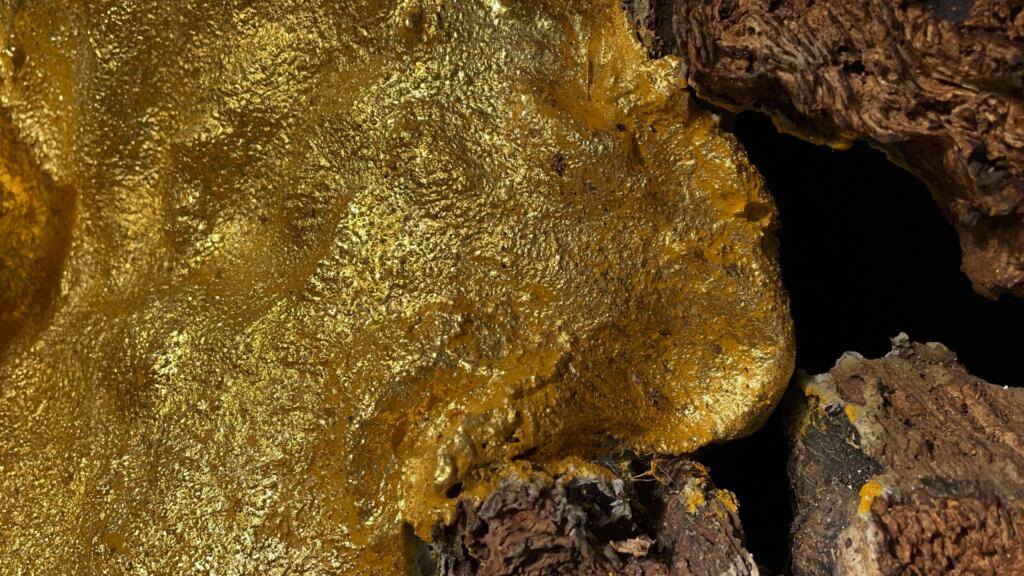 The Etruscans and Romans left only a few traces of their stay on the island. It was certainly inhabited in the 9th century when the coastal populations took refuge there to escape Saracen raids.
In the mid-12th century it became the property of the lords of Bisenzio who, following disputes with the islanders, set fire to it and abandoned it.
In 1261, Pope Urban IV reconquered the island, and in 1333 it was again destroyed by Ludwig the Bavarian, who had been accused of heresy and excommunicated by the Pope. Property of the Farnese family from 1400, it experienced a period of great prosperity and was visited by numerous popes. 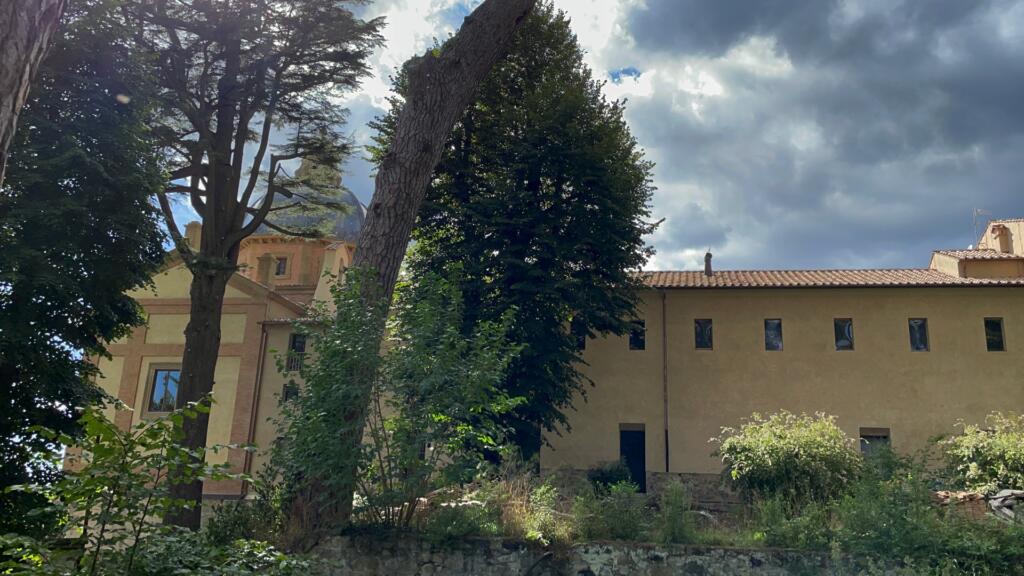 The Farnese entrusted the island to the Friars Minor, who built a vegetable garden, seven chapels and a ‘Cenacolo’ overlooking the lake for meditation, one of the most evocative spots on the route.
In 1635 it was ruled by the Duke of Castro, Odoardo Farnese, who came into conflict with the Church, ending with the complete destruction of Castro.
Following this sad event, the island Bisentina, like Martana, returned to the church and was then ceded. 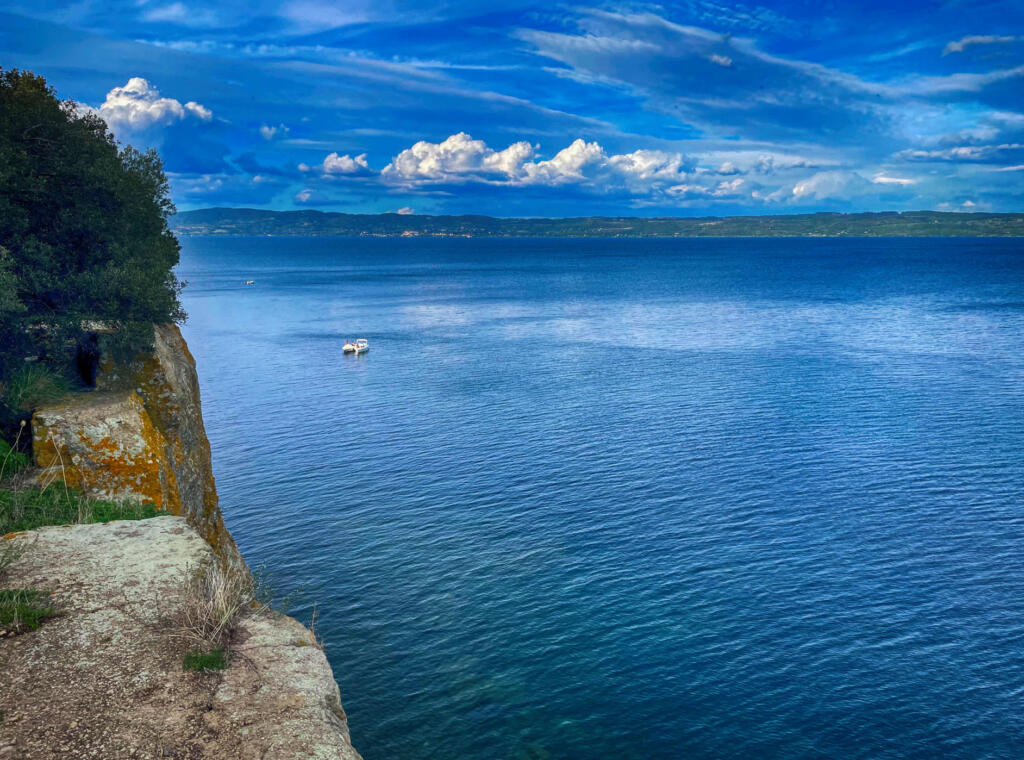 Mount Tabor is its highest point: in Paradise, Dante imagines here the perpetual prison of the popes.
The island Bisentina has always been considered an almost magical place shrouded in legends. According to one of the many tales, the island Bisentina is the Italian passage to the kingdom of ‘Agarthi’, from the Sanskrit ‘the inaccessible’. Agarthi (or Agartha) is a legendary kingdom, located in the centre of the planet and derived from the theory of the ‘hollow earth’, populated by an evolved, peaceful, morally upright civilisation, possibly already in contact with alien entities that would help mankind in case of danger and that has scattered passageways and places all over the world. For example, in Egypt, inside the Sphinx there is an unexplored tunnel that seems to lead to Agarthi, and so too in the Amazon rainforest. 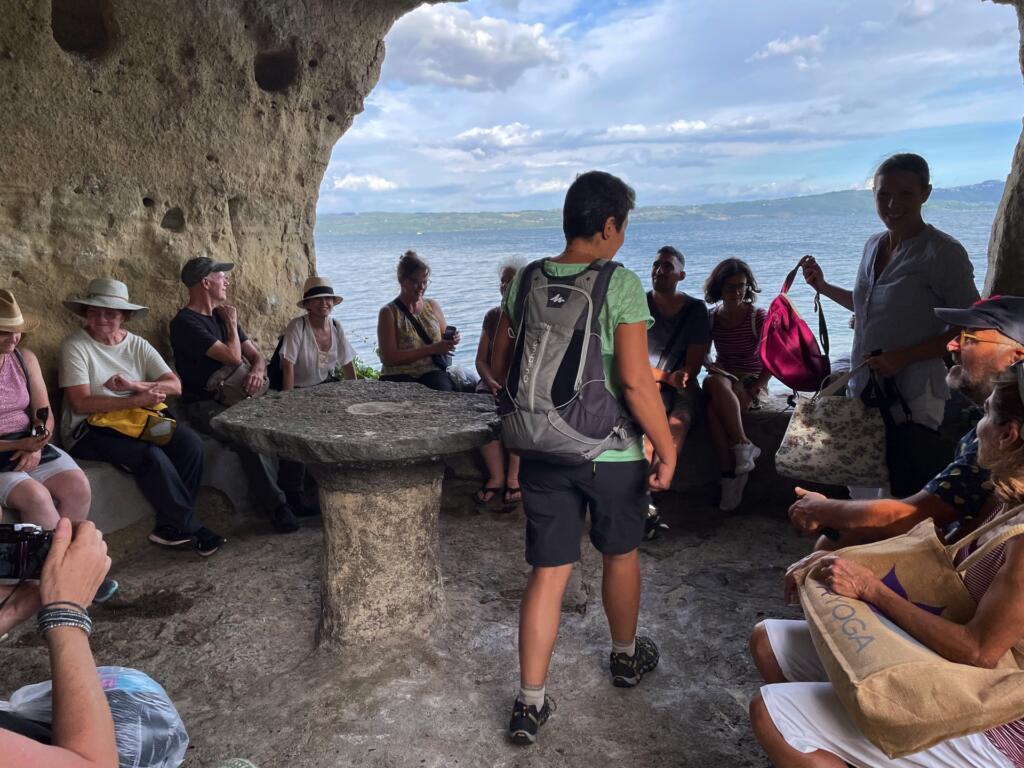 Much more real, there is an almost spiritual path that also includes a unique naturalistic habitat of centuries-old trees and native flora. Rare exotic plants, native oaks and alders, and plants imported from the 17th century, such as plane trees, linden trees, eucalyptus, magnolias, cedars and palms, as well as rock species and ferns on the rock faces, coexist here. There are many Mediterranean plants such as holm oaks and wild olive trees, along with agaves and prickly pears.