The Roma Gospel Festival, an evet of the Christmas in the Auditorium, has now become the largest festival of gospel music in Europe and is a solid point of reference for fans and curious about this particular form of blues, closely linked to the deepest devotion religious. The gospel is a popular music in continuous evolution that is measured by the social issues, trends and musical trends going from soul to R & B, pop, while remaining filled by his moral values ​​with joy, all this means that every concert becomes a unique and engaging.

The festival was conceived and directed by Mario Ciampà and now in its twentieth edition, takes shape in 1996 at the Air Terminal Ostiense, an unusual space just recovered to the cultural life of the city. Subsequent editions are organized in the most suitable and attractive as the Anglican Church of St. Paul’s Within the Walls, the Church of All Saints Via del Babuino and the Waldensian Evangelical Church of Piazza Cavour. Given the great success, partly due to the memorable concerts with thousands of people in Piazza del Pantheon, Piazza Vittorio and the Spanish Steps Trinita dei Monti, the Roma Gospel Festival is a permanent home in the halls of the nascent Auditorium Parco della Musica where he grew up to become the biggest festival of gospel in Europe. Today hosted the best gospel choirs and soloists of the US including J. Moss, Kevin Lemons, Hezekiah Walker, James Hall, Marvin Sapp, Craig Adams, Jessica Reedy, Mike McCoy, Earl Bynum, Harlem Gospel Choir, Walt Whitman & The Soul Children of Chicago, Atlanta Gospel Choir, Dr.Bobby Jones & Nashville Gospel Superchoir.

On the occasion of the twentieth edition of the festival organizers (Music for Rome Foundation) intend to expand the initiatives linked to this wonderful festival, with some events dedicated to the Romans and to the public of tourists: 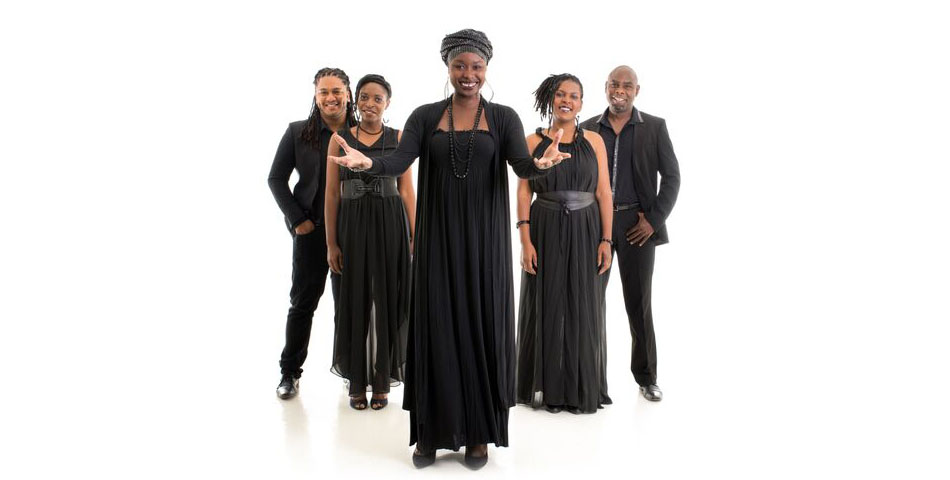 The vocal sounds of this sextet will bring out from the first minute of their performance, enhanced by the cadences of vintage Emma Lamadji, leader of this wonderful African-French combo that once again the winning formula of gospel-soul funk and slightly caressed by fragments blues, his voice outside his entire religious passion. But behind the gospel soul of Emma Lamadji and his Heavenly Praise it is easy to see the colors of afro-beat that characterize the origin and provenance of pure African matrix. The group offers a repertoire with class full of pleasant citations of traditional gospel with the charm of the classics but with nuances African / beat that offer more than one reason to celebrate, with voice capabilities that will effectively highlighted in the meeting with their viewers .        Tickets:  Unique place € 22.00

(Free Access) good performances of the group ANTHONY MORGAN INSPIRATIONAL CHOIR OF HARLEM at 12 in Piazza Navona. Other “raids” surprise in the Old Town in the afternoon (Piazza San Lorenzo in Lucina and other). 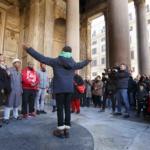 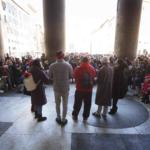 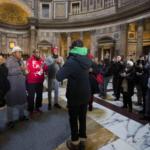 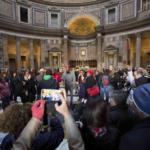 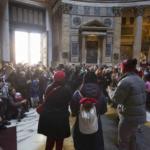 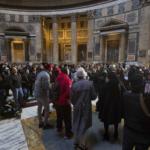 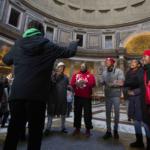 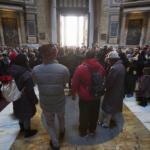 Anthony Morgan’s Inspirational Choir of Harlem is a group sounding versatile, ranging from gospel to jazz, from pop to R & B, which is expressed through the gift of voice and music.

It was born under the direction of Anthony Morgan, an artist of great talent, who patiently and carefully selected some of the most unique in New York and members dell’AMHSOG have played in the most important gospel choirs in the world. In their previous tour Italians have touched some of the most prestigious venues of our country wowing audiences Auditorium of Rome, the Smeraldo Theatre and the historic Blue Note Club, Theatre Academy of Conegliano Veneto and the telecast Scalo 76, transmitted Rai 2. The group held seminars and workshops at the highest level at several gospel choirs in Italy. Single ticket 25 Euros

A genuine “Total Experience Gospel” with leaders who have led for many years the Gospel Connection. Ron and Rod held at the Auditorium Parco della Musica, a course dedicated to gospel music which will consist of four days. The seminar is open to all, enough to have a proper intonation and a basic knowledge of English. At the end of the course, for those who want to participate there will be a performance evening in the Sala Sinopoli, which will fit within the Roma Gospel Festival. For all participants in the course it is also a discount of 50% on the entrance ticket to the concerts of Roma Gospel Festival 27, 28, 29 and 30 December 2015.

The enrollment is open to individuals and gospel choirs already active, places are limited and the cost is € 120 euro for a single and € 90 per person for the choirs and groups over 10 people.

Participation in the course is meant for all four days.

To enroll you must book by sending an email to promozione@musicaperroma.it no later than 18 December; each member will receive all the information about the course and how to pay.