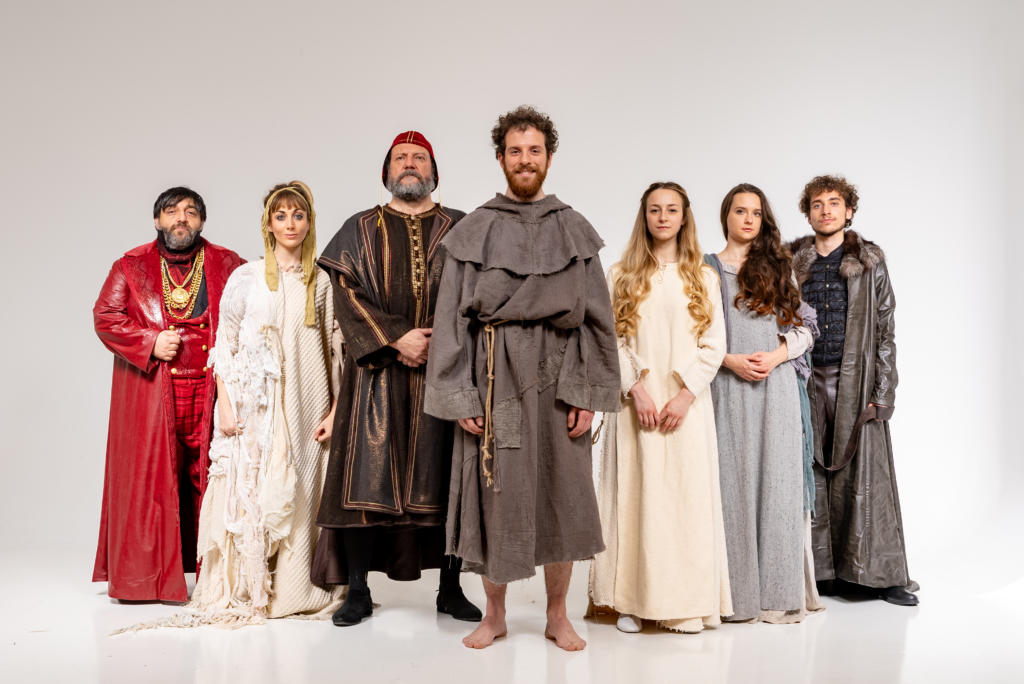 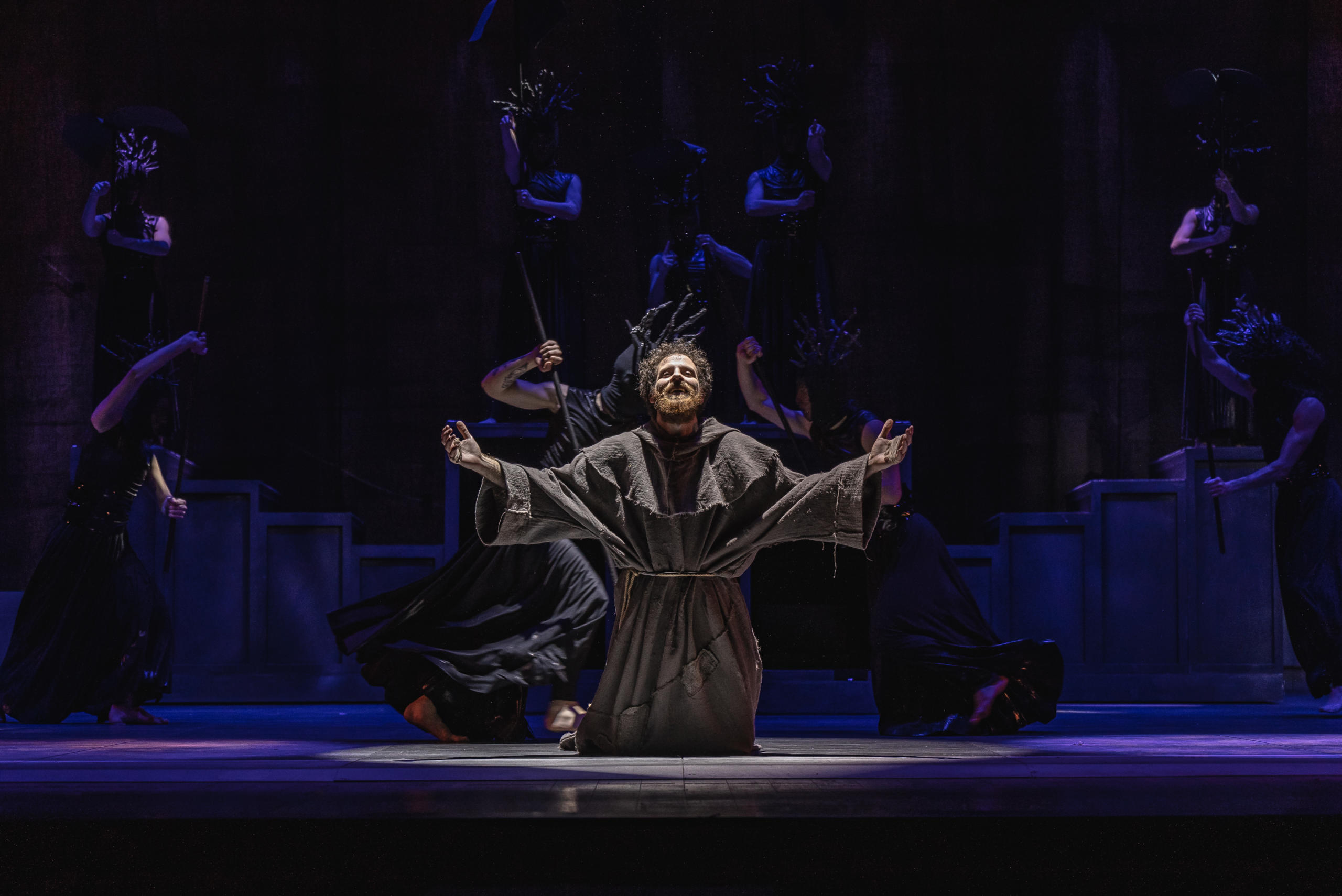 During the preparation of a theatrical show, all, without distinction, artists, authors and workers, dream of an unforgettable triumph that will place them, by right, in the Olympus reserved for Great Successes.

Certainly, however, no one would ever dare to imagine a Guinness World Record achievement.
But sometimes dreams, as in the best American cinematographic tradition, become reality.
And so, back on 9 October 1981, exactly 40 years ago, at the Teatro Unione in Viterbo, a Musical Comedy made its debut, which in a few years, would become a true cult-show on the entire national scene, crossing the same geographical borders to be translated into Italian.
It was translated into eight languages and performed in countries such as Brazil, Mexico, Poland, Ukraine, Albania and Belarus. 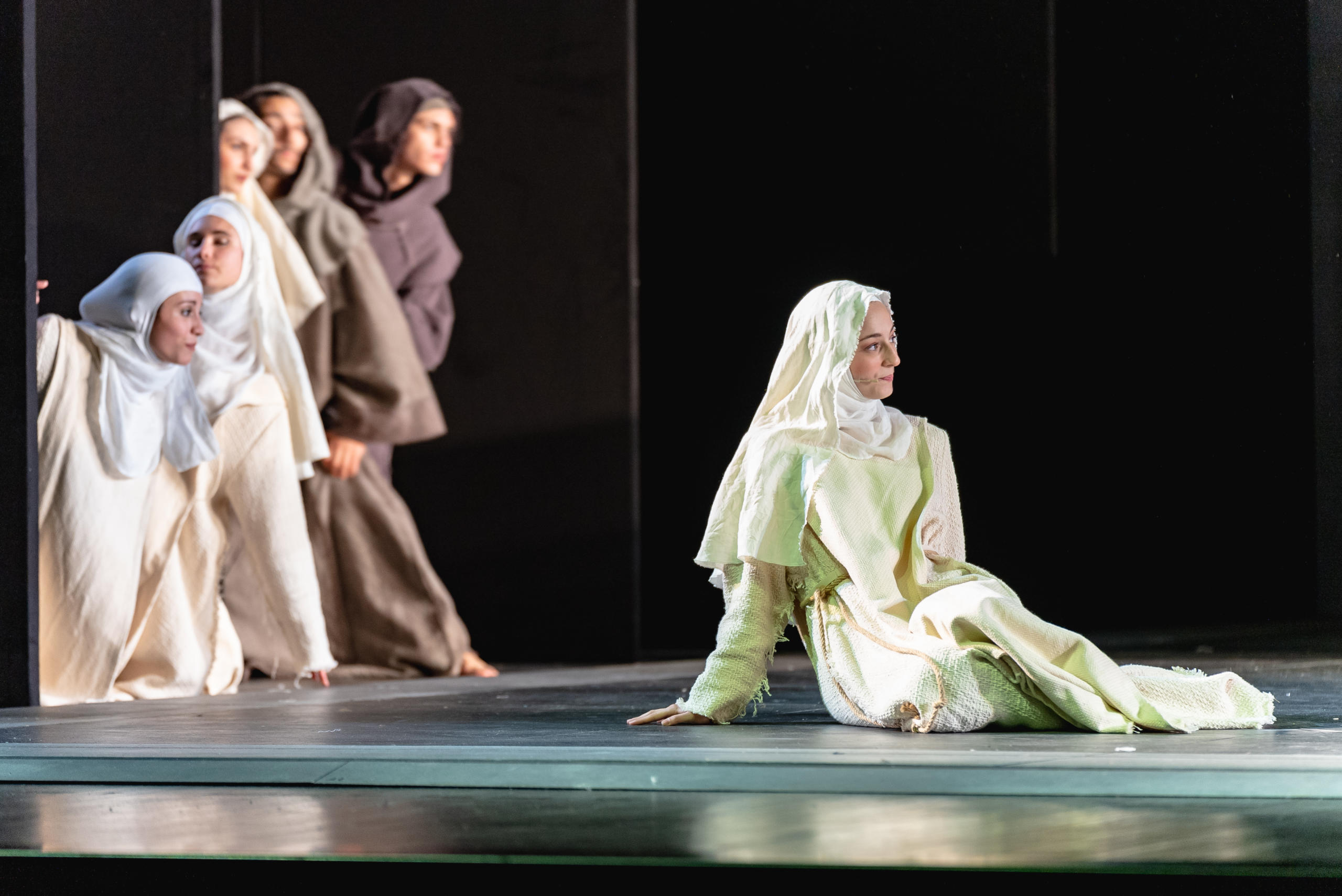 We are talking about the very Italian FORZA VENITE GENTE.
3,500 performances, over 2 million and 500 thousand spectators… only in Rome, in Piazza San Giovanni, on 16 August 2000, on the occasion of World Youth Day, the show was attended by 250,000 people, and in Padua, in the Appiani Stadium, together with Pope John Paul II, over 30,000 spectators attended the performance.
Over the years, the CD of the original music has sold hundreds of thousands of copies in Italy and abroad.
Yes, definitely impressive numbers for a musical show, all proudly Italian.

And today, on the occasion of its fortieth anniversary (1981-2021), SONI PRODUZIONI Srl proposes a new version of FORZA VENITE GENTE.
Faithful to the original for plot and contents, for dramaturgic development and musical scores, but deeply renewed in technology and quality of the staging.
So much so that the Commedia Musicale has been brought back to the atmosphere of a real musical with a northern European image, while remaining deeply anchored to the majesty of a figure, that of Saint Francis, who in the world is an icon of apostolic culture and an emblem of Catholic spirituality. 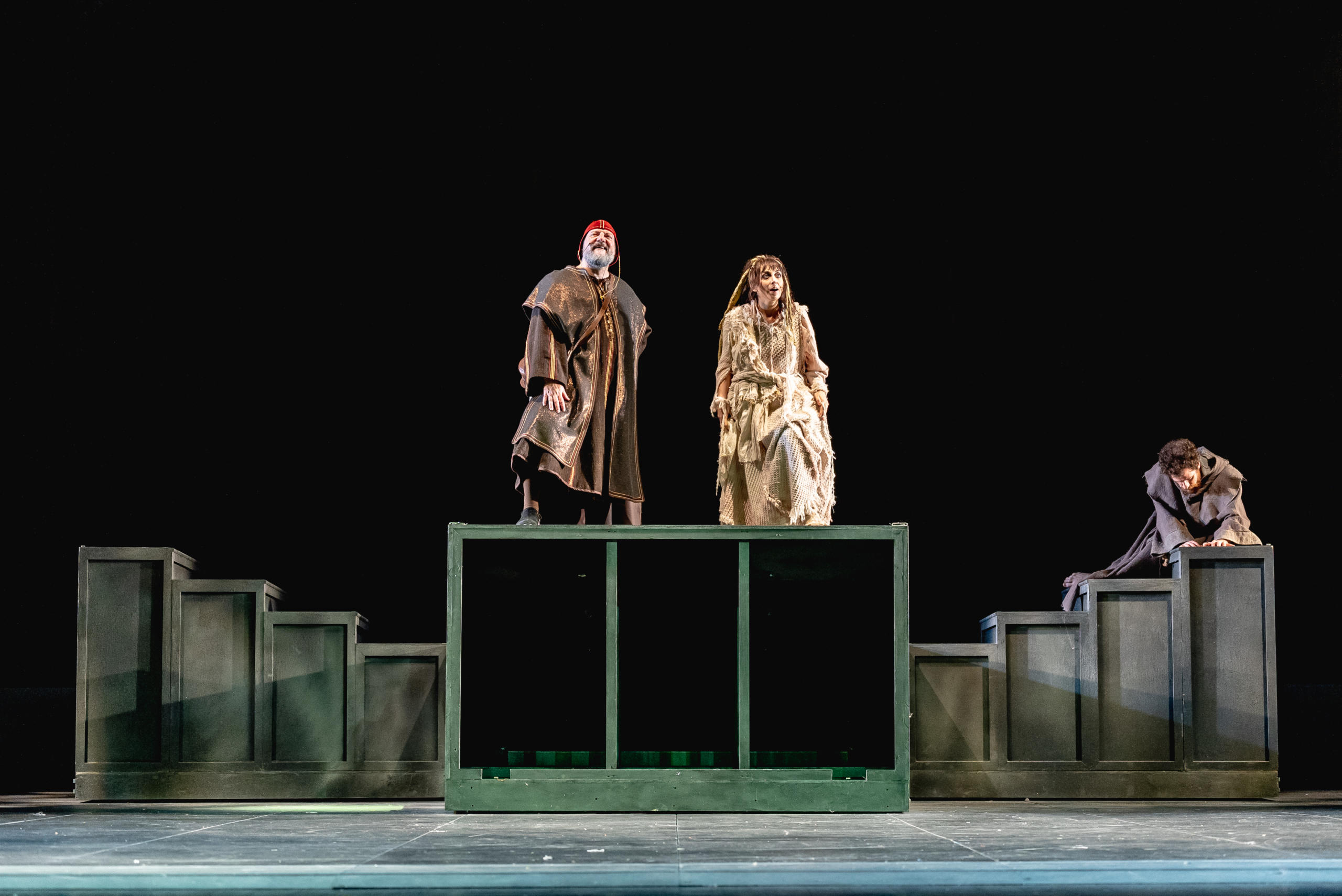 The plot, centred on the figure of the Patron Saint of Italy, recounts the values and emotions of everyday life, but also dedicates interesting moments and intense reflections on the relationship between fathers and sons, often contaminated by different expectations.
The plot, centred on the figure of the Italian patron saint, recounts everyday values and emotions, but also devotes interesting moments and intense reflections to the relationship between fathers and sons, often contaminated by different expectations and distant values, which fuel painful dichotomies in the desperate search for mutual love. In this particular case, a crude and trivially materialistic trader cannot understand the Son’s higher and transcendent goals. And, in many ways, it is also humanly understandable: St. Francis is considered a revolutionary figure in the Christian Church: Pope Pius XII, will define him as “the most Italian of saints and the holiest of Italians”… a stature too high, perhaps, for a modest personality like that of his father Pietro Bernardone.
The show therefore offers two different levels of interpretation: on the one hand, the representation of a documented truth, the description of a context within which the figure of St. Francis of Assisi moves; on the other, the relationship between fathers and sons, which does not need historical references, because it is part of the history of humanity, of all generations and all eras.
20 actors, singers and dancers will accompany us on this musical journey, which recounts one of the most important figures of Christianity.
A mystical and spiritual journey in some respects, and in others, one of elegant entertainment and overwhelming sympathy. 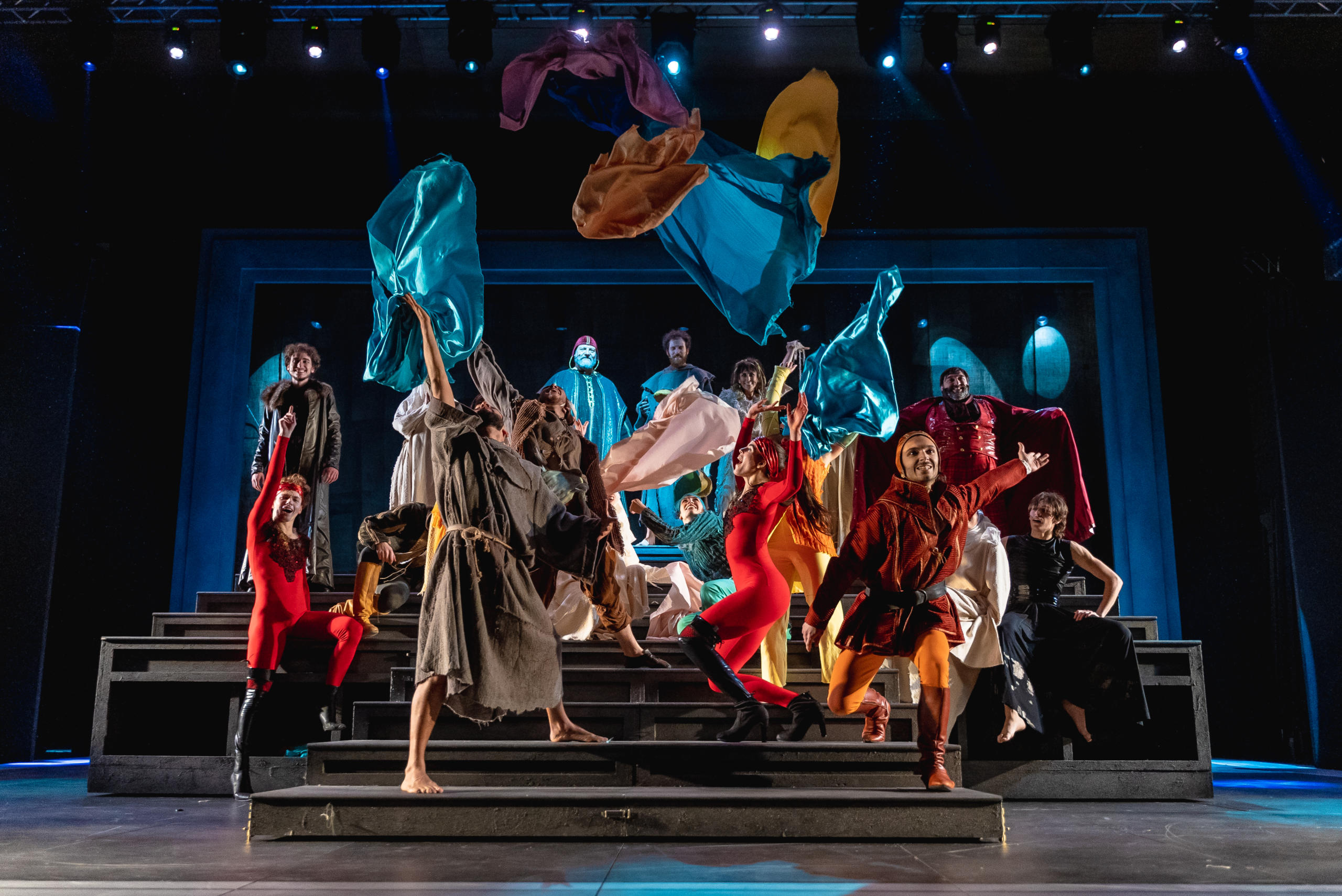