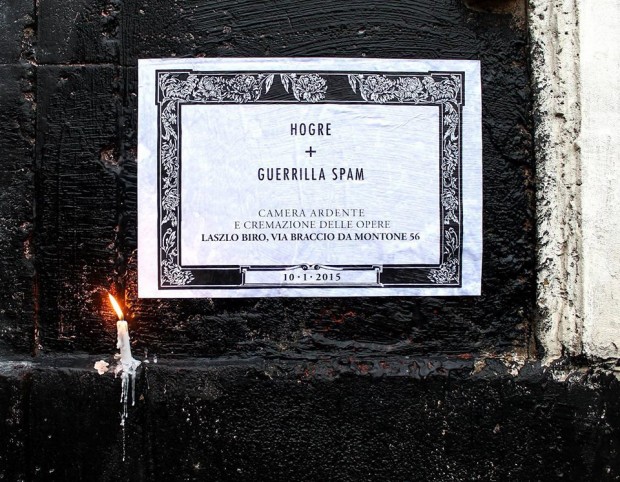 In one of the most loved and mistreated in Rome is not difficult to come across one of the many micro events that populate the streets of Pigneto, the neighborhood south of the urban area between Via Casilina and Via Prenestina. A regular in the tangle of narrow streets and alleys are creative, artists, photographers, filmmakers and filmmakers, easy to meet that leave a mark not only in corners and streets but also in the galleries, local trendsetters and meeting places that are renewed by scanning time one of the most exciting places in the capital. 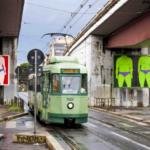 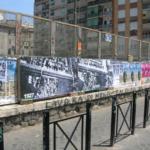 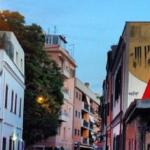 To comfort this reassuring picture recreation the testing of Laszlo Biro, the contemporary art space in Braccio da Montone 56, with the last one in its temporary installations. Starring the performance “The fire does not burn the ideas” that happens every night from January 10 and will last until February 20 street artist Hogre and collective Guerrilla Spam.

To welcome the funeral poster indicating the entrance of the funeral home, where every day at 19 o’clock we proceed to the cremation creative prints made by the two artists and reproduced in a numbered series are burned … until someone does not subtract the fire by buying a copy. A setting that “announces the untimely demise of Hogre and Guerrilla Spam and celebrate their work with an exhibition in memoriam”. 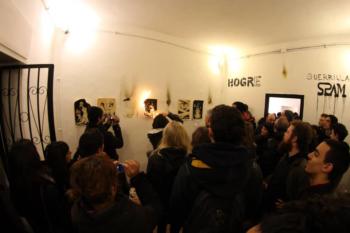 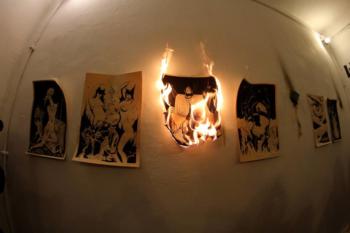 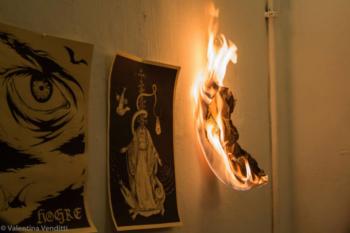 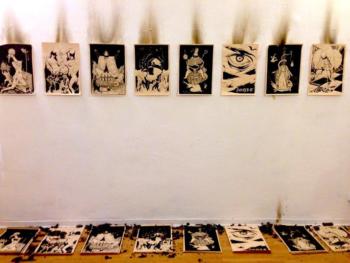 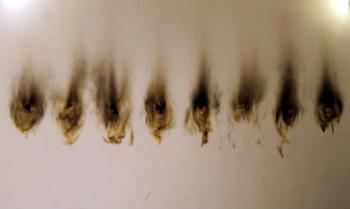 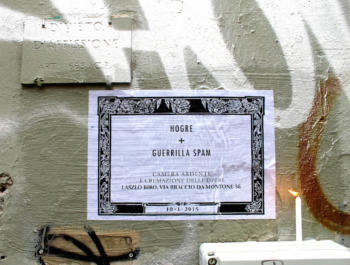 The flames so repeatedly destroy the works that were part of the last project carried out jointly by the artists to propose a show which analyzed the relationship between religion and secularism, and “should have been presented on Christmas Day 2014, but that unfortunately the tragedy prevented from seeing the light. “

Hogre and Guerrilla spam have dedicated their business to constantly analyze and combat the speculative system that wanted them part of the gear statement. Nemesis of the status quo that they wanted to break down the two, however, have tragically ended up being themselves victims of what he strenuously opposed. 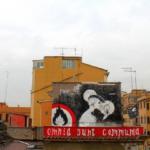 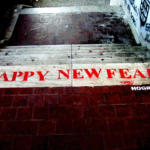 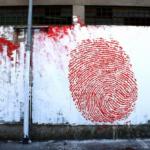 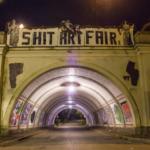 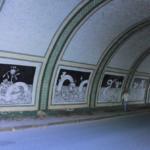 Born in November 2010 in Florence as a spontaneous action illegal attacchinaggio in urban spaces, from 2011 imposes itself with numerous works in the street throughout Italy and abroad, who maintain a strong interest in social issues and the relationship between individual and space public, preferring the urban action illegal event more official and authorized. In 2012 he published the book Guerrilla Guerrilla Spam Spam. Everything you know is wrong. From 2013 are organizers of Shit Art Fair, the art fair unauthorized taking place for two years in Turin in conjunction with Artissima art fair.

Laszlo Biro
The gallery was founded in 2010 in Rome with the intention of promoting contemporary art experiences for years its own experimental exhibition formula: no more than an exhibition of paintings for sale, but temporary installations that serve as teasers to get commissions from private collectors and Public Administration. Laszlo Biro is located in Via Braccio da Montone 56, Rome.
www.laszlobiro.it
https://www.facebook.com/laszlo.biro.3557
https://twitter.com/laszlo_biro