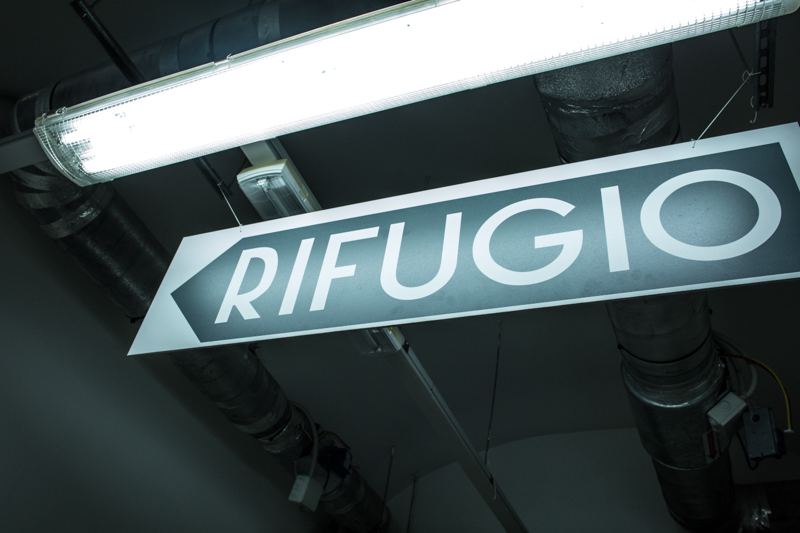 Villa Torlonia – a 13-hectare park on the street Nomentana, number 70, whose name comes from one of the richest families in Rome that he had purchased the property from the column back in 1797 – was between ’25 and ’43 of the last century the official residence Benito Mussolini and his family courtesy of the last successor of Torlonia, Prince Giovanni, with a symbolic annual rent of a lyre. From the ’40s, with the entry into the war, were made ​​here in sequence three structures armored anti-aircraft to protect the then head of government from possible Anglo-American bombing. 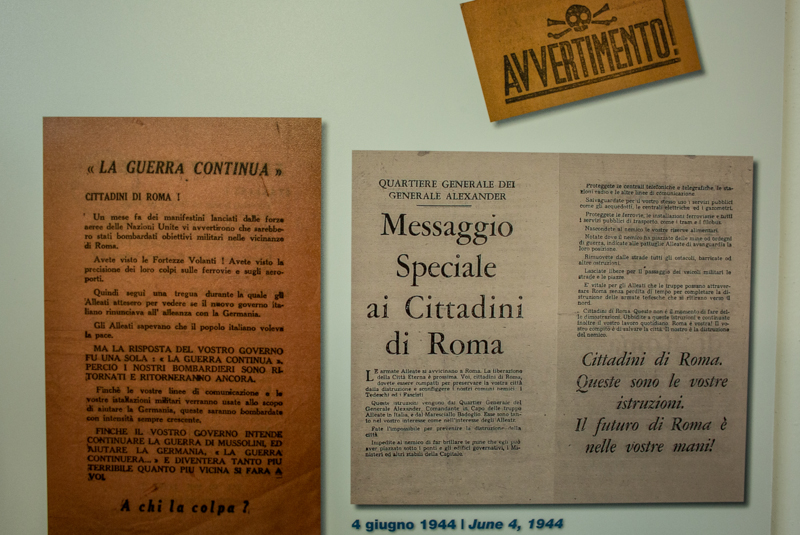 The first refuge in chronological order was obtained in mid 1940 by a wine cellar of the Torlonia near the Theatre. The cramped rooms were equipped with an emergency exit with ladder in a well and another to Camp Tournament. The cellar was equipped with security doors and a gas filtering system and regeneration of the air -operated crank (still partially preserved). The retreat, however, was far from the Casino Nobile (where he lived with his wife Rachele Mussolini and two children); you enter it from the garden in front of the theater that Mussolini had used as a cinema – “the strongest weapon of the state” – along a narrow road down about twenty feet below the lake, which reproduces the jagged shape of the drained Fucino, and also the experts judged him a “trap” because of insufficient top cover, consisting of only a few meters of tuff layer. in fact, during alarms night, the Duce and his family even we wanted to get in. They waited outside the entrance the sound of sirens warned of the danger ceased. in short you could not be satisfied with a cellar disguised as a refuge. So he was asked a true retreat. 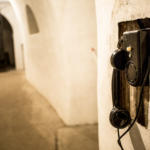 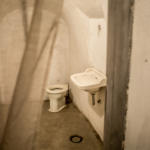 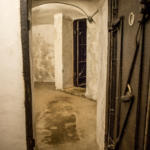 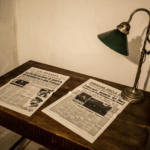 The second refuge was then made ​​in 1941 under the central room of the same house, the Casino Nobile, in the basement where they were housed the kitchens and the heating coal. To ensure maximum effectiveness of the hall was one hundred and twenty inches of reinforced concrete. He could resist, promised the leader, also a ton of bombs. Even this shelter was equipped with double doors and a gas filtration system and air purification, which are still visible the distribution ducts. 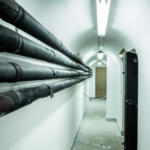 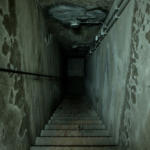 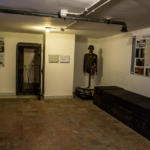 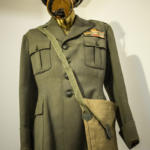 But it still was not enough. In October 1942, after the bombing of Turin, Milan and Genoa, Mussolini decided to Villa Torlonia needed a real bunker. To achieve it were called the fire department of the Command of Rome. AL bunker was accessed by a staircase from the basement of the Casino Nobile and was equipped with two emergency exits: in a well and in the park. This structure – with a project without doubt the forefront, but for which it was not possible to find any documentation – was never used because the works were not yet completed July 25, 1943, when Benito Mussolini was deposed and arrested. 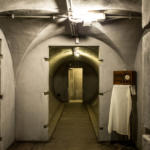 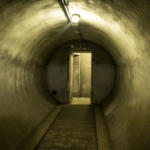 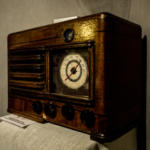 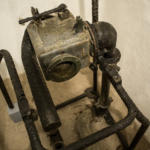 The bunker and the refuge of the Casino Nobile were recovered and opened to visitors for the first time in 2006 by the Superintendence of Cultural Heritage Capitolina. Later, however, have been closed for the presence of radon gas. A problem that has been solved with remediation and aeration. In 2012, the Superintendent has issued a call for “action investigation and optimization of bunker Villa Ada Savoia and Villa Torlonia”. For Villa Torlonia then you have selected the project submitted by the Archaeological Research Center Speleo -Sotterranei Rome. With this association the Superintendent has entered into an agreement that allowed the study and the re-opening of such a facility.