Did you know that there is in place a war that sees Roma Nord lead a secession from the rest of the city? A war of independence that celebrates the PIRN – Independence Party of North Rome. 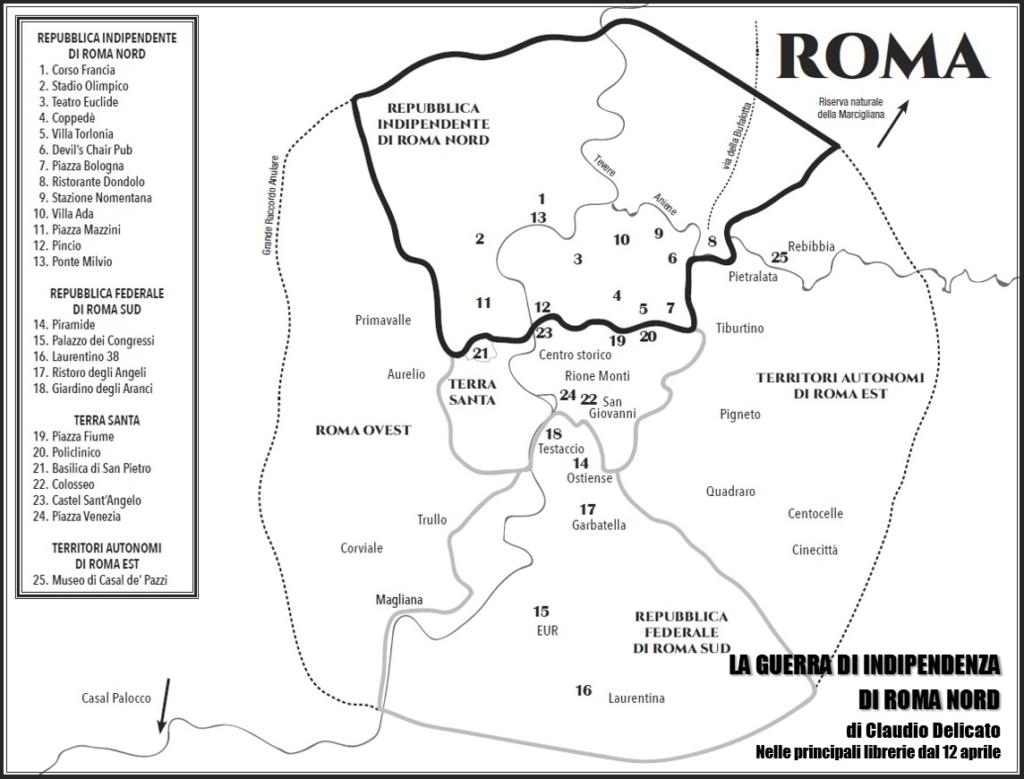 In fact the war and the party are just a figment of the young Roman writer (of the province, to be exact) Claudio Delicato with a group of friends Vinavyl

He has designed an evening for the presentation of the novel “LA GUERRA DI INDIPENDENZA DI ROMA NORD // THE NORTH OF ROME INDEPENDENCE WAR”, published by Mondadori and available in major bookstores from April and available on amazon. 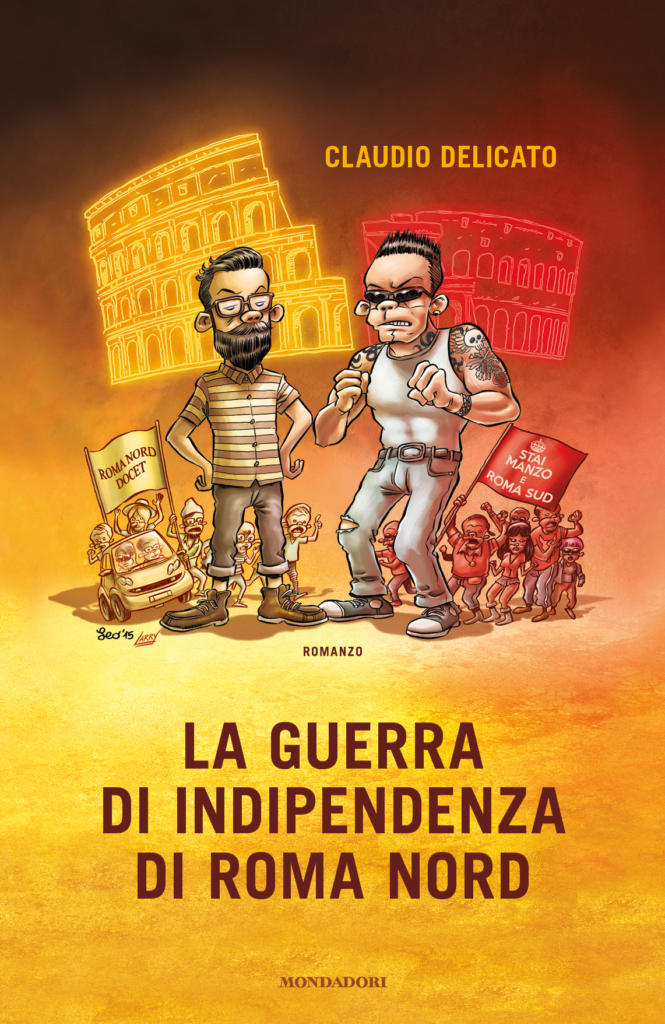 Set in Rome in 2018 (with the common dissolved for mafia infiltration), the novel is about a young journalist who founded Vice joke the PIRN (Independence Party of Roma Nord) and get an unexpected result, he managed to erect a wall between the top half of the capital from the rest of the city. The “War” is a book of political satire that was inspired by the dualism between Rome north and south Rome to tell Italy in recent years, that of secessionist movements, the years of lead, and the strategy of tension.

A title that makes you smile, as the festival for the presentation, which uses the reader’s curiosity. To explain the birth and development of the story is the author directly.

How did the idea to create a story about the Roman pride and the struggle between the various areas of Rome, specifically north of Roma and south of Rome?
Between north and south part of Rome is a riotous diatribe that has gone on for years: people are passionate about the topic, spend evenings arguing about where to draw the boundaries, and what is the way that really divides the capital. In recent years the issue has been addressed in several points of view (the songs of I Cani, videos of The Pills  and Martina dell’Ombra ) in 2014 and I’ve made my contribution by writing a fake Wikipedia entry on my blog (ciclofrenia.it) which told, in fact, a war of independence north of Rome. After a few hours I was contacted by the Mondadori editor asking me to write a novel on the subject. That’s where it all started.

The independent Republic of North Rome was just a literary creation? Who inspired you?
The dualism between the two halves of the capital is only the most excessive and grotesque variation of a local rivarly concerns a bit ‘all over our country (just think, you know, for example in Milan VS hinterland cities). Italy state was born from the union of very different territories and is the reason why their aspirations for autonomy are so strong. Clearly in my novel the first concrete territorial reference is Padania, as the Independence Party of Roma Nord has not, at least initially, the xenophobic and racist inclination of the League. But the references go beyond the Italian borders: for example, the Independent Republic of North Rome is a “stolen” state to an existing territory through violent acts that arouse the scandal of the international community, even though unable to act … not I think I need to say more.

How did the story of the protagonist of the novel, what inspired you … the name did you choose?
In the first draft, the events of the North Rome Revolutionary War took place in a future much more remote than that (next) of the final version; I had imagined that Rome North had already obtained its independence thanks to the work of an obscure dictator. But my editor told me that is how the story could have been set anywhere, losing the “Roman” style of the novel. This is why I decided to make a hipster Alberto Gagliardi (such that live in Pigneto place, now) the main character and tell a closer secession of Rome, took place thanks to a political party founded in jest, a joke intended to slip away to protagonist himself. For the name I have a practice that apply to all the characters: I choose the last name of a friend or acquaintance and change his first name. In this case I chose Alberto because they can be abbreviated as “Albe” (abbreviated male names do very northern Rome).

What is the part of the past Roman world, classical and historical Rome that everyone knows, that we find in the book?
The protagonist on the side of southern Rome is Manlio Sabbatini, an ex-jailbird from Testaccio place miracle by winning the reality show Tamarreide (Jersey Shore Italian) in 2012 and subsequently fell out of favor. Braggart, naife, noisy: in the novel Manlio is really the Roman “genuine” you’re talking about, the one we know from the works of Pasolini, from documentaries to Trastevere and Campo de ‘Fiori and by Trilussa poetry.

What are the aspects futuristic, fantastic and projecting the story in the future?
War is a novel full of pop references in the world today, and among these technology plays a key role: the characters communicate through social networks, exchange Whatsapp messages and make video with your mobile phone or the GoPro. For this I would speak, rather than to “project history in the future”, to imagine what could have happened if certain events of the past had gone differently (the so-called “ucronia” dear to some of my favorite authors, like Philip K. Dick). Then there are elements more really fantasy (like the mammoth Rebibbia), typical of the sagas as Cronache del ghiaccio e del fuoco di Martin.

Because the scenario is a war? And that war is it?The war of independence north of Rome is set in a non-time melee Italy seventies (that of the strategy of tension and political terrorism) to the most recent fight against global terrorism. Blood is an integral part of both periods, made of state massacres, beatings, and gambizzazioni one hand, and bloody attacks and “smart bombs” on the other. The conflict moves always international politics and it is impossible to tell this world without taking the blood as an element in some preponderant. As for the kind of war, my novel tells of a modern conflict, which not only fought with guns and tanks but also with drones, intelligence, video released on YouTube by terrorists, disgraced politicians on Twitter, and so on.

The social and economic contrast between the two factions also hides other aspects?
Like all wars, the main motive of the two factions is economic, as masked by a claim of identity so as not to arouse the protests of the people, the only real casualty of war. But in my novel events also it depends on the personal history and psychology of the characters. All the protagonists of the north of Rome Revolutionary War have a complex relationship with power and a strong desire for personal achievement, trying to win at the cost of endangering the lives of millions of people.

Love and football are two ingredients that can not miss. How hast you made them meet in the plot of the story?
Write of Rome not to mention Rome and Lazio would have made the story “lame”. And then football will fell perfectly into the grotesque in the novel, with a population exhausted by war that still does not give up going to the stadium. It is no coincidence that even in They Call Jeeg, another experiment that tries to see the Eternal City with an eye more pop and Hollywood, football there is. Love instead is present in the character of Lavy, femme fatale of Rome north, radical chic quarrel between the leaders of the two opposing factions.

Defeat the North of Rome group, the rich part of Roma… but as in all wars there are never or losers, no winners. There is a morality that you propose in the final?
In the novel norther initially he wins, managing to erect his wall and to defend it from the south and NATO attacks in Rome, and putting together a model state with an extensive welfare state and civil rights vanguard. But going further will open cracks evident golden independence of the nation founded by Alberto Gagliardi. That said, one of the underlying messages of War is just what you say, there are no winners or losers when it sheds the blood, and every victory is a Pyrrhic victory.

There will be a sequel … maybe with southern Rome that manages to take the upper hand with a coup if not a revolution? You already have another novel in the drawer?
Without wishing to spoil the ending, it is difficult to draw a sequel by the Rome War of Independence north. Maybe a prequel or a spin-off, I know: Monteverde Vecchio vs. New. 😉 Seriously, I have something in the drawer but for now nothing like the War. I will remain on the political fiction only if I am absolutely convinced of my idea, because in this novel have already put so much creative energy and I will not repeat myself. I like to write a series, especially in English.

CLAUDIO DELICATO
In his second book, the original thirty-three of Mostacciano (Rm) of writer vocation in life is divided between Italy and the countries developing where he worked in a humanitarian organization of the United Nations and deals with past data. 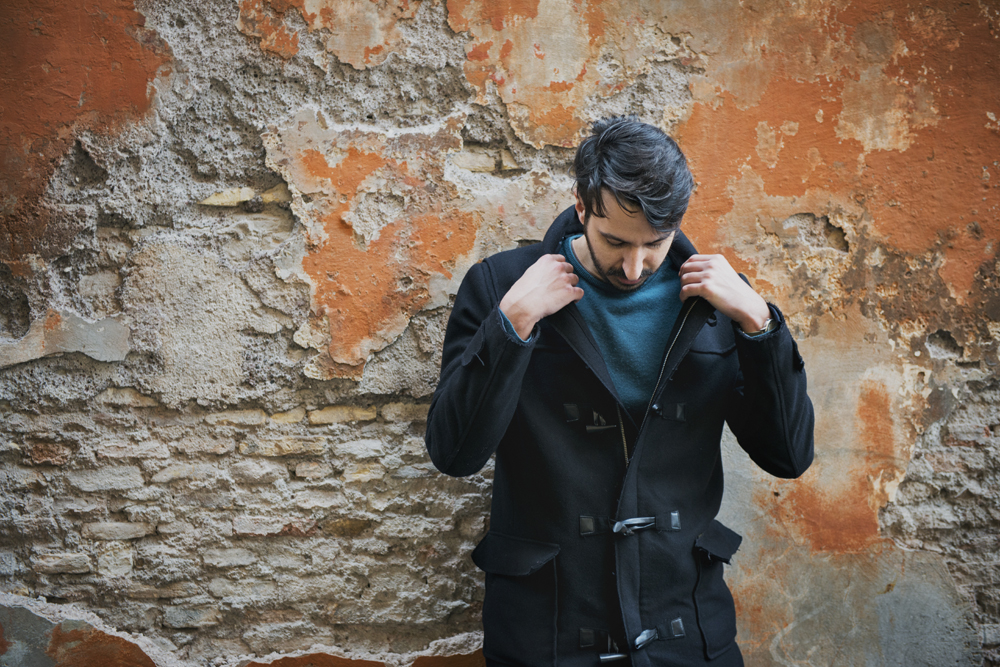 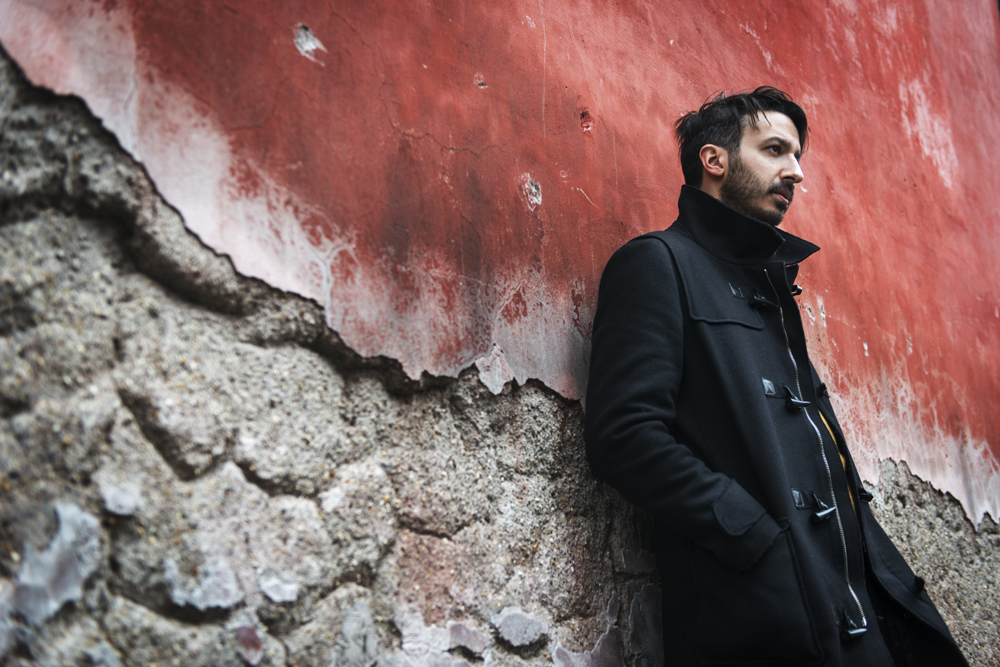