High presence of the press, professionals and students of the two performers on stage, Albadoro Gala and Scarlett Martini. As usual, this burlesque show had the presence of an exception could not be missing, the element without which a clean and linear show would not be possible. Azzurro Fumo, in the double role of stage manager and performer. The boylesque of the Golden Eggs Burlesque Revue has skilfully shaken the audience performing his rash act of “The sailor” as well as having joined in the gags and the stage of the main figure, the knot that has anchored the whole show in its parts : Magic Dorian. Calling him a magician is reductive because he did not do magic but he literally bewitched the audience manipulating the attention of the hall in the role of mc, dandy and elegant now intent to make magically appear the white doves now skilled  in engaging the audience with trick of hall magic. 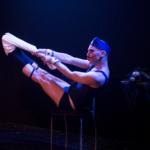 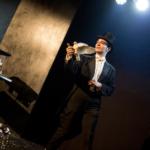 The burlesque show opens with the note Albadoro Gala that enchants everyone with a piece known as the opening sequence of the documentary A Wink And A Smile produced in 2008 by the Golden Echos Film performed by Indigo Blue, award-winning Miss Exotic World. The act, a quadruple fan dance performed on the notes of Summertime that differs from the original by number of fans on stage, is spectacular and simply effect. It goes from pairs of giant fans that almost entirely cover the performer with two fans reduced to almost one feather in a climax descending towards pure teasing. In this routine there is genius, thus triggering the prurient curiosity of “how will it end?” Si prosegue poi invece su una li Instead, we continue on a Fellini line, staging one of the most appreciated acts ever abroad that, in this case, the Roman public was lucky enough to be able to enjoy right in his homeland. The sumptuous Colosseum skirt is a tribute to the “Dolce Vita” and to all that Italy represents in the world. 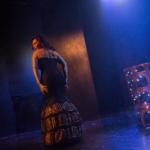 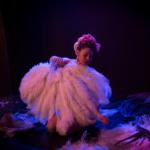 Another Italian excellence to hold the stage is the equally famous Scarlett Martini, which transports the audience into smoky atmospheres that smell of absinthe with an act inspired by the mood of the ’20s opium fumes, where the “Green Fairy” led spirits lost in murky and intriguing worlds. Costumes of all respect and great stage performance for our perfomer of representation that concludes the burlesque parenthesis of this format with his beloved act “Octopussy”, where we find her in the guise of a spellbinding, multi-talented being. 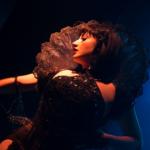 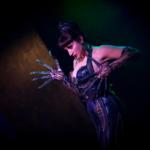 At the end of this Sunday, all Italians have a Magic Dorian intent on levitating tables in the center of the stage in the amazement of everyone and an explosive blue smoke in full classic burlesque style never betraying his soul, a pure and perfect comedy.

The review of BurlAsque Upload continues in the name of this style and the next appointment is scheduled for February 25 at the Teatro Porta Portese for “Comedy Burlesque” with the participation of Nuit Blanche from the Silk Ribbon Cabaret Team, Cocò Le Mokò, another memebro of the Golden Eggs Burlesque Revue and Filippo Nanni, the sparkling Marty Maraschino and the same Lizzy Brown.

The show was curated by BurlAsque Upload (www.facebook.com/BurlAsqueUp), a production dedicated to burlesque, cabaret and theater in general bearing the signature of Lizzy Brown. 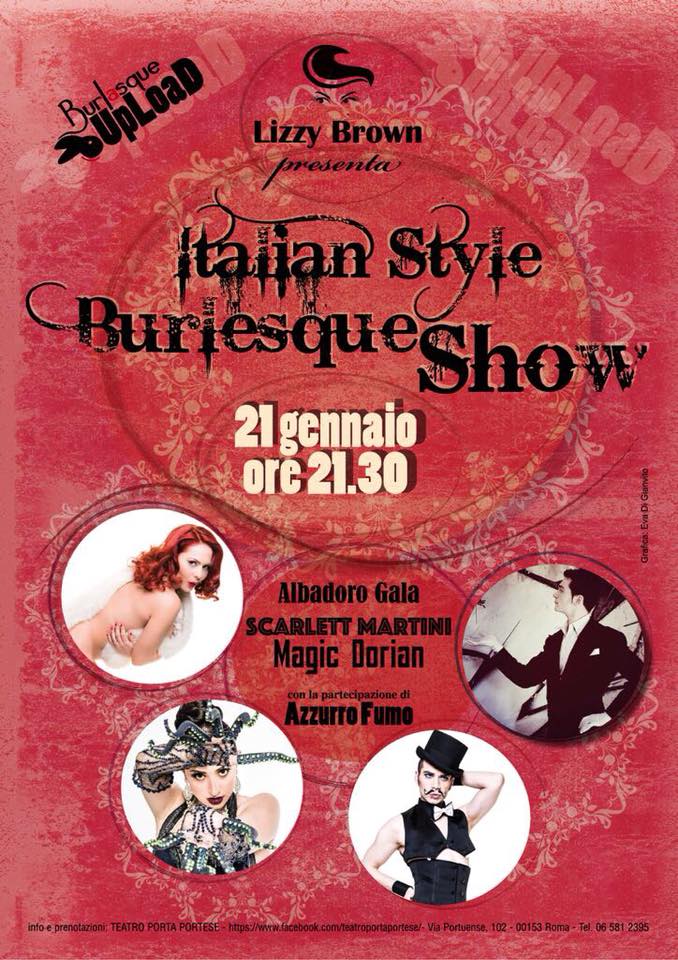 Maddalena Terracina, know at the audience as Mad Cat, is a classical dancer, basic dance teacher and burlesque performer with ten years of training and non-academy studies like classic, jazz, hip-hop, contemporary and full contact. Member of the Golden Eggs Burlesque Revue, she is a vintage addicted and her burlesque character is a mix of the figure of pin up, wild spirit and funny routines. Versatile artist, she is a poetry writer, drama storyteller and theater lover. For this reason start the collaboration with Rome Central as editor and supervisor of the different show in the capital city. She is powerful and the love for life and artistic inspiration is her way of living.
Instagram: madcat_burlesque_performer