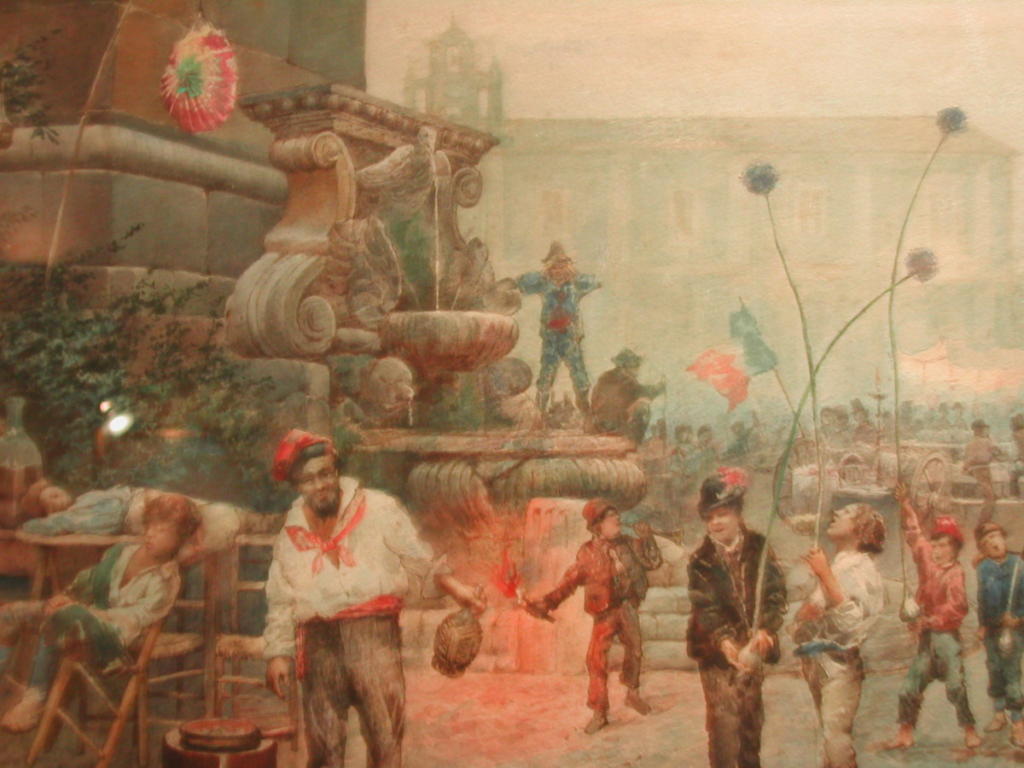 At the summer solstice and the shortest night of the year June 23 is the Night of Saint John or also called “Night Witches.”

The popular proverbs say that on this night, “anything can happen and everything can be remedied.” 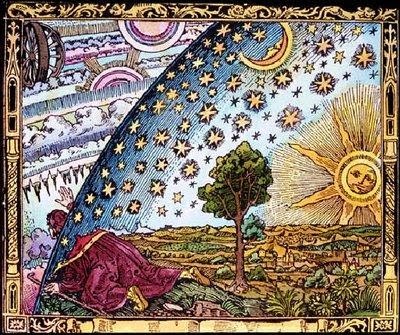 A recurrence of mediaeval origins that accompanies the celebration of the birth of the saint, and some popular superstitions and pagan rites to propitiate the health, welfare, the engagements and the evil eye.
And even in Rome it is one of the oldest festivals remembered as The Feast of witches. 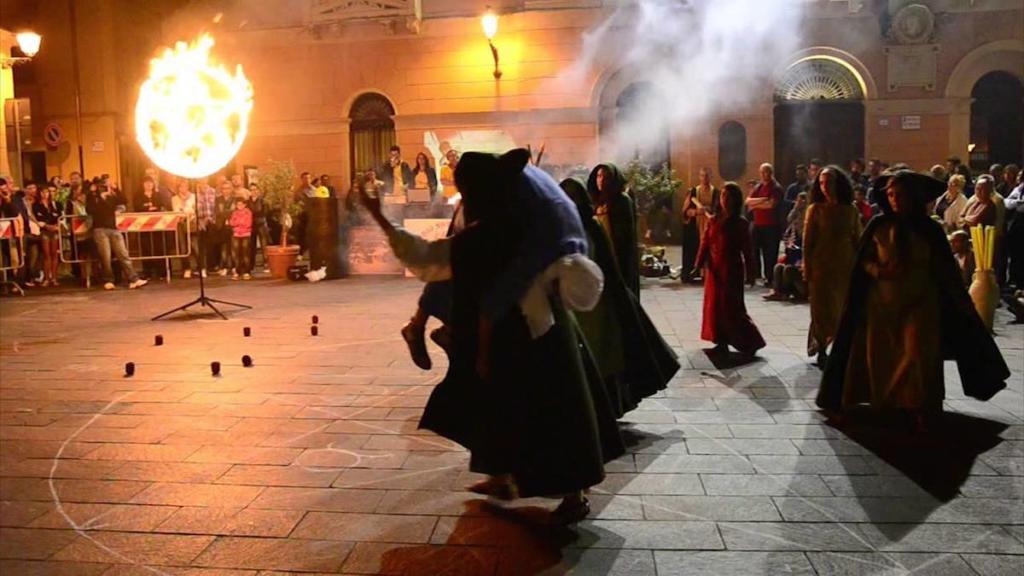 The festival of light, joy and reconciliation. A pagan tradition, then taken up by the Church, that has been articulated throughout the twentieth century, only to be lost the last time.

Today revived with events scattered throughout the city, such as the First Festival of New Roman Song for the Feast of St. John the Witches “Quanno er day de San Giuvanni er sun rises, s’arza dancing.” From 1782 to 2016, we recover the tradition with music, snails and cowbells! Organized for the June 23 and 24 at SCUP, the event will be a time of regeneration of the spaces in via della Stazione Tuscolana 84, and is dedicated to the tradition of the Feast of St. John the Witches.

A missing party, yet remembered and expected by many, and we want to revive this in two days.
We will be an inn and a music theater, songs, readings, starlings, up to turn us into milonga ..
with different guest like as:
POETI IN OTTAVA RIMA (Donato de Acutis and Giampiero Giamogante) The tradition of improvising poets who, following the metro eighth rhyme, elaborate challenges and public combats developing themes and topics chosen on the spot. All the old and the new poetic tradition of improvisation.

STEFANIA PLACIDI “THE DUCHESS” with Roberto Mazzoli, the great classics of the Roman song!
A tale of Rome in the echo of a song of another age, that sounds today like yesterday. Stefania Placidi, guitar and vocals, accompanied by Roberto Mazzoli, in a great show sung and lamented “de core”.

ADRIANO BONO One Man Band: In Tribute to G. G. Belli! The work of Giuseppe Gioacchino Belli returns to shine illuminated by a new light and a new sound: the songs are taken from the irreverent sonnets Roman dialect poet of the nineteenth-century author of a songbook of two thousand two hundred sonnets, operates universally considered a cornerstone of European Romantic literature and a “monument to the common people” of the papal rome of the nineteenth century. 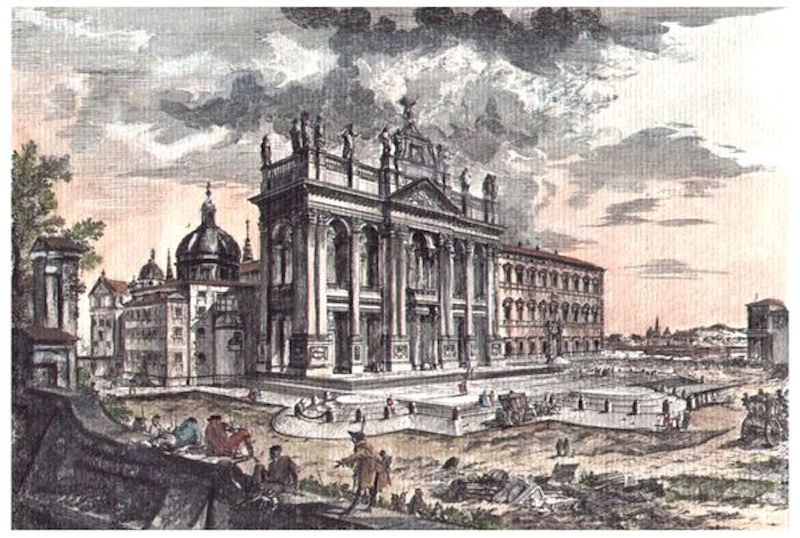 One way to revive the traditional feast that close to the summer solstice, for centuries, the streets of St. John Lateran were filled with Roman coming from all quarters, to experience a night of fireworks, music and wine; colored by popular folklore with brooms, cowbells, garlic, salt and whistles to ward off witches.

Accompanied by folk songs and songs of the Roman song, with the feast of snails, which, with their horns they take for the year that is strife and concerns, bad moods and bickering.

Folk legends, rituals and potions are many and varied, the common elements are fire, water and medicinal herbs … but brush up on some for a trip into the past 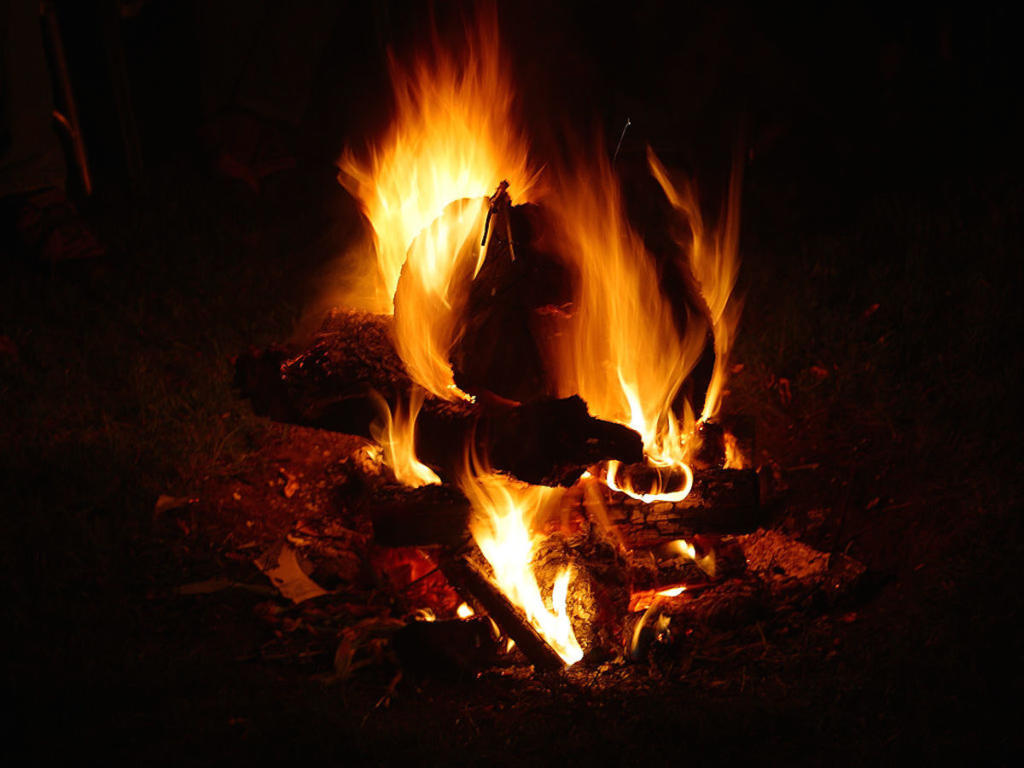 Turn on the night, of purifying and regenerating bonfires in honor of the sun. With these fires the farmer in the hills trying to propitiate the good will of the star on his fields and, at the same time, burning in fire old things smoke kept away evil spirits and witches.

Take one egg white, put it in a bottle of water and leave it all night on the windowsill: the morning following the form that made it possible to predict the future. If the mass that formed was visible a tower, it was a sign that you had to move house if there were flowers, by the year would blossom some positive event, the crosses were a symbol of death, the ears of good news and two towers absolute certainty of marriage.
The girls, then, even trying to guess through the rough shape of the design profession of the groom: if the egg white remembered a sheep, the groom would have been a pastor, if he remembered an anvil, a locksmith, a pen or a book They indicated an educated person, a boat a sailor, a hoe a farmer …
It also considered that this period was also favorable for engagements: bode were considered the infiorate that young people were on the sills and the doors of the beloved house with branches, flowers and fruits: young people often used to leave a sprig of hawthorn on the beloved’s window.

The collection of 24 ears during the night of St. John, by then preserved throughout the year, was an important luck.

The collection of herbs of St. John: it was said that collect certain types of herbs on this night, and wet from the dew had pharmacological functions. In a Romagna proverb says “guaza ‘d San Žvan the guarès each Malan” (the dew of Saint John heals all wounds). But also anyone who gets wet with the dew during this magical night was endowed of a barrier able to defend against all types of corruption.

They are preparing talismans with the use of some herbs such as:
– St. John’s wort with yellow flowers, to take on the body all night to protect from misfortunes, and ensure good night’s rest, or outside the gates to protect families;
– Mugwort against the evil eye;
– Rue for the healing properties, and how to cast out devils, given its cross-shaped;
– Wet from the dew mint to guarantee long life;
– Sage to protect against evil creatures;
– Verbena symbol of peace and prosperity; dear witch, was able to cure diseases;
– Currants whose red fruits are also called berries of St. John;
– The vinca, too, is used for the preparation of plant talismans;
– Mandrake, one of the most dangerous plants, with the dual power to soothe and excite given its essence ambivalent, male and female; very dear witch, used it to prepare narcotics and love potions;
– Rosemary that hung hypericum and rue the doors of the houses, kept away devils and witches;
– Garlic, powerful talisman, if collected before sunrise was particularly strong against witchcraft;
– Artemisia, preserved by lightning and was protective amulet against the evil eye;
– Lavender, placed in bunches in the drawers and cupboards, protected the linen and by extension the whole family;
– Fern, gave divination abilities, supernatural powers and wisdom (according to the beliefs its flower only opens St John’s Night, it remains visible for a moment and can only be collected after struggling with the devil);
– The carlina grass, which served to prevent the evil witch step; if nailed to the door in fact, he forced the witch to count exactly all the flower heads.

With these plants it was possible to make St. John’s water was simply picking them up in the night between 23 and 24 June, put them in a basin full of water left on the door all night had the power to increase the beauty, preserve from diseases but at the same time defend the evil eye, envy and bills, especially those spoken against children.

Prepare the walnut liqueur, liquor witches, in St. John’s night. The walnut is the largest and oldest of Benevento tree around which the witches gather at the conference. The nuts are picked green because they can be pierced by a needle from side to side and must stay in infusion in alcohol until the night of San Lorenzo (August 10), then go filtered, sweetened and flavored with drugs and spices, such as cinnamon and cloves.

Remedies to defend against witches
To keep the witches as far as possible put under clothes some of St. John’s wort, hypericum lavender, artemisia, the clove of garlic to collect before dawn.

For peace of mind away from the witch, you simply put in front of the doors of the houses of sorghum brooms: this way we force the witch to count all the wires sorghum, making her escape, surprised by the light of day, before I can finish counts.

For the more adventurous get to the main crossroads with a fig gallows under the chin and a basin of water under your feet to see the witches go at midnight shouting and screaming.

Good night of witches at all.