Shows, exhibitions and guided tours for THE EUROPEAN NIGHT OF RESEARCHERS September 30, 2016, the final event of The Science Week to bring science and scientific culture, researchers and their work with citizens.

Like every year, now at the eleventh edition, the initiative promoted by the European Commission takes place on the last Friday of September and at the same time involves more than 250 European cities.

In Italy the project coordinated by Frascati Science involves more than 20 cities participating in organizing meetings, seminars and lectures, experiments and live science demonstrations, and a host of different events to engage the public. 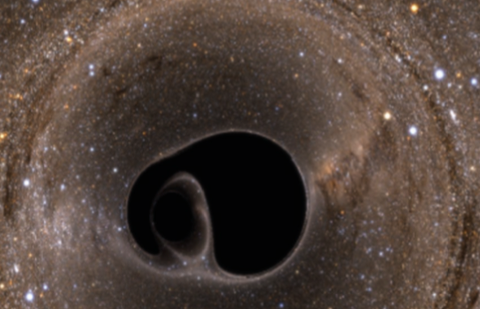 The theme of this new edition of the Night is MADE IN SCIENCE, science as a “trademark”, a guarantee of excellence in research that improves the daily lives of all. Frascati Science leader of a network of researchers, universities and research institutes stretching from the north to the south of Italy in promoting the leading European scientific communication event. And in particular, the Tuscolana area, home to the research infrastructure of the most important in Italy and Europe, will be the epicenter of the event involving many other Italian cities, in Lazio region: Rome, Frascati, Carbonia, Cassino, Gorga, Grottaferrata, Monte Porzio Catone.

So too the proposed projects along the boot will have the “mark” MADE IN SCIENCE that will distinguish the quality, excellence and the importance of the Italian research and the underlying theme of the events planned for 2016-2017.

In the evening of Friday 30 activities will take place between 19 and midnight at the headquarters of Largo S. Leonardo Murialdo, and will be organized in interactive activities, seminars, exhibitions and screenings. In all four sections of the topics will be very different: it will range from math games to astronomical observations, from the reconstruction of architectural forms to the role of time in physics, graphene antibacterial therapies.

Interactive activities – at the laboratory of Manuela Brains, Alessia and Stefano Leonetti Pietropaoli, visitors can learn how to perform DNA extraction, and take home a test tube with their DNA, while the stand of mathematical games and Luca Biasco and Pietro Caputo it will compete on the field before searching the mathematical aspects of the games. But not only that: we will also talk of geology, chemistry of food, of elementary particles and much more, including a video installation dedicated to the glaciers and climate change, by the photographer Fabiano Ventura.

Seminars – Vittorio Lubicz will explain to us what (and how it evolved) the concept of time in physics, but will also discuss graphene, antibiotic therapy, optimal utilization of renewable resources, the Higgs boson, urban planning…

Exhibitions – We report, in this section, the construction of a geodesic dome of reeds, by teachers of the Department of Architecture, and a photo exhibition dedicated to the Solar System.
Shows – In addition to the now inevitable planetarium, you can explore “The Solar System” accompanied by the story of Adriana Postiglione.
Information and reservations on web site.
Info and credits: 0657337294 – nottericerca@gmail.com
Facobook e Twitter #ERNRM3

There are so many proposals also art that are proposed along with research and attention to social dynamics.
Among the different proposals in the Italian cities in the north and south of the country.

In Cosenza the University of Calabria involves the Roman theater director and actress Betta Cianchini with two artistic performances with other artist.

Researchers of hearts
The penitentiary university system: the thoughts and contributions of the detained students, curated by Franca Garreffa and actress Betta Cianchini. Beeankee presentation of the artist’s project.

Students will learn to talk about the recluse persons using irony and allegory and to convey the “inclusion” posts to build a positive thinking.

Women and men detained from Italy send their thoughts on the need for a constructive punishment and this will form the basis of the readings with Betta Cianchini while Beeankee build an installation shaped HEART (which is its specific) with their thoughts.

We are so precarious that we go Fashion
(show by B. Cianchini with Alan White and Betta Cianchini).
The show is the result of a collection of testimonials from young people seeking their first job. Unarmed brains and disarming of two “young” today -estrapolati from Face Book status that asks how it is dissected, are numbers from other numbers. The series puts them in a row, examines them and then recycles them. The media exaggerate the habits, they ignore the attitudes. Parents, it would take several. Also they “would like” different. But by young exuberant young people they find themselves redundant. And the series looms again but they’re not there.

Many stories of insecurity by the ironic and sarcastic. Statistics show that the number of 650,000 young disoccupabili is a number attacked, but “most attacked” than that … it’s difficult. Maybe the trick is to pursue happiness, before a job and this will save them. Maybe. Beauty will save the world. Sure.