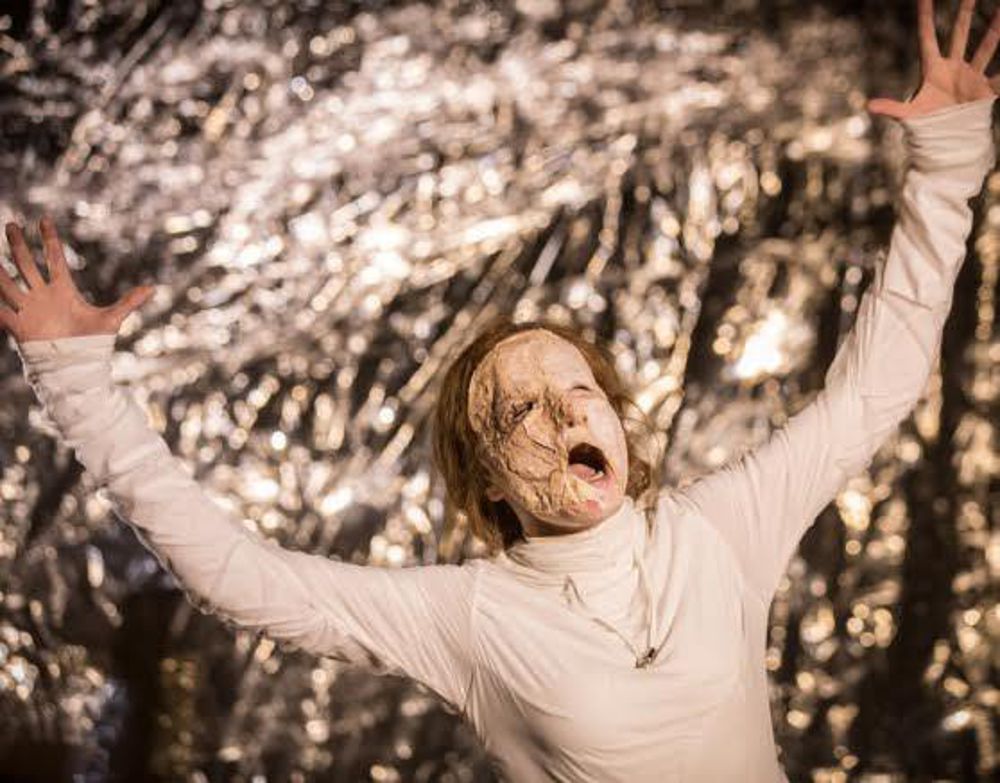 In a society like ours, obsessed by the appearance and the myth of beauty, bringing the ugliness and to show it on stage naked is a strong provocation. This was the challenge of the show staged at the Conciatori Theatre until February 7 , ” The life next to “, play by Maura Del Serra, directed by Cristina Pezzoli, is drawn from Mariapia Veladiano novel. 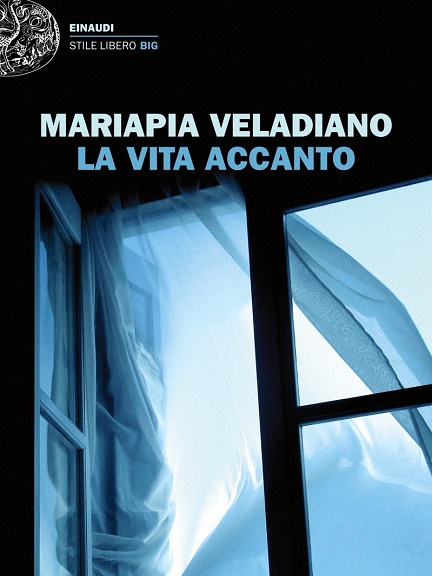 An interior monologue masterfully played by an intense Monica Menchi, who revived environments and characters in the story, dragging the viewer into the story of the main character, Rebecca, scion of a wealthy family from Vicenza, whose life is marked by a repulsive ugliness, a burden made ​​even heavier by the narrow-minded and provincial realities in which the protagonist is born. Ugly that the actress performs the viewer wearing a latex mask that deforms the face but which , after a while ‘ you forget , because you enter into empathy with the protagonist, her experience, her emotions and her redemption that comes with art . 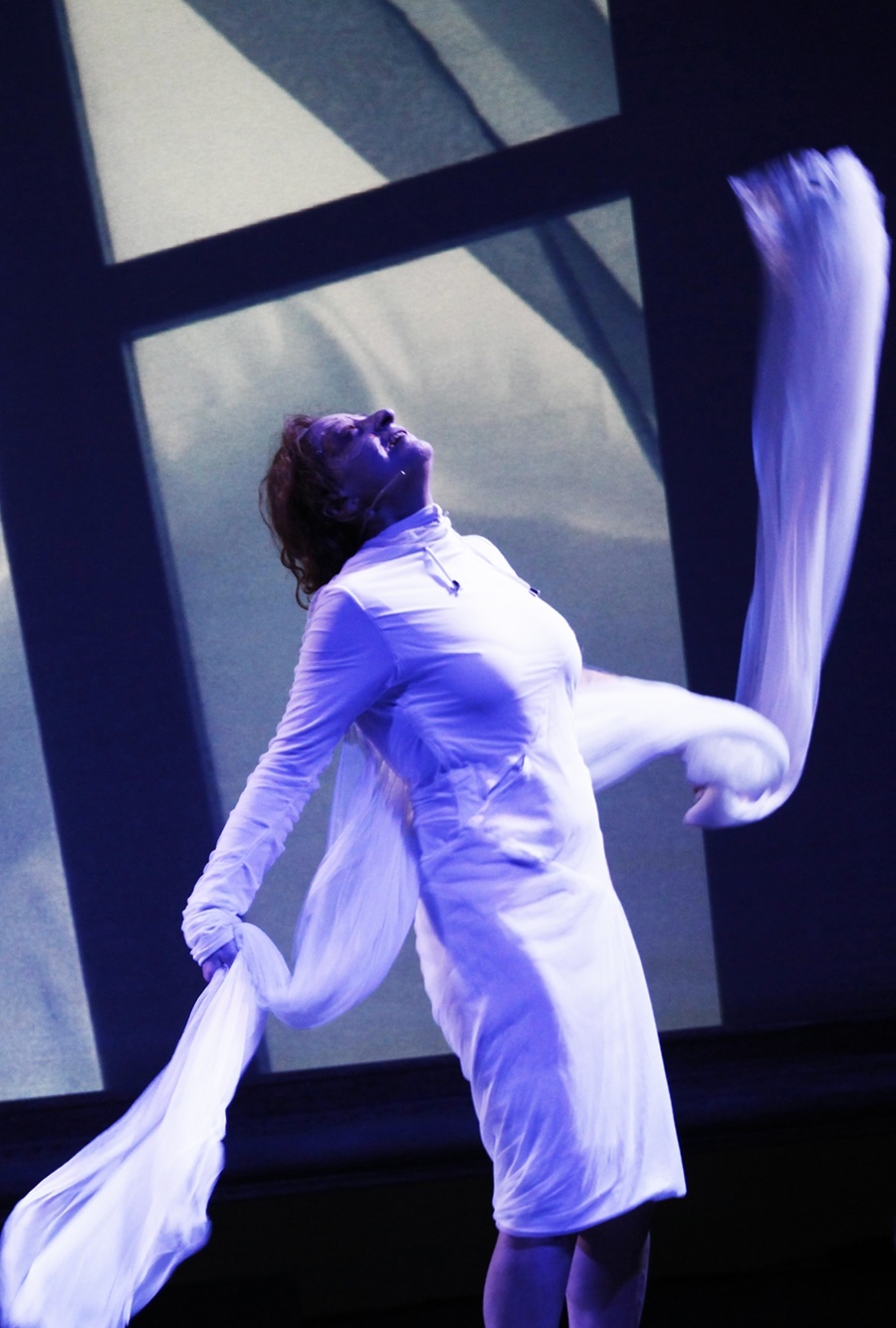 In fact, Rebecca has an extraordinary talent for music , it is a brilliant pianist and composer. It will be the music to save her from the evil of the world and from the abandonment of family members. And she discovers that in spite of everything she was loved.
In a minimal set design, but full of strong iconic elements (like the mirror no longer a symbol of vanity, but instrument returns to the main character a reflection of her inner obsessions) and enriched by the play of light and video installations narratively effective, Monica Menchi moves as if she were dancing around the soul of the characters that gives voice, revealing the deepest essence, accompanied by piano music, the soundtrack of the whole show. The actress enhances the literary figure of the script with lyrical and passionate interpretation that goes straight to the heart of the viewer. 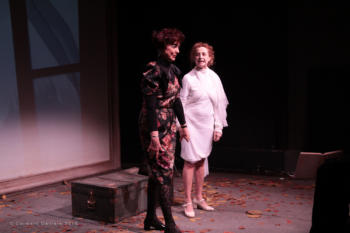 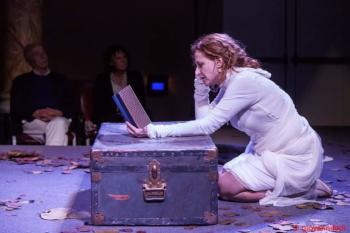 So the challenge is won, because the story of an existential tragedy gradually turns into a painful, but cathartic release. The real beauty, that interior, that of poetry and art dominates and triumphs on the darkness of human ugliness born from the prejudices that they always stop to assess just what appears. A small but vibrant writing and dramaturgy triumph made by women. 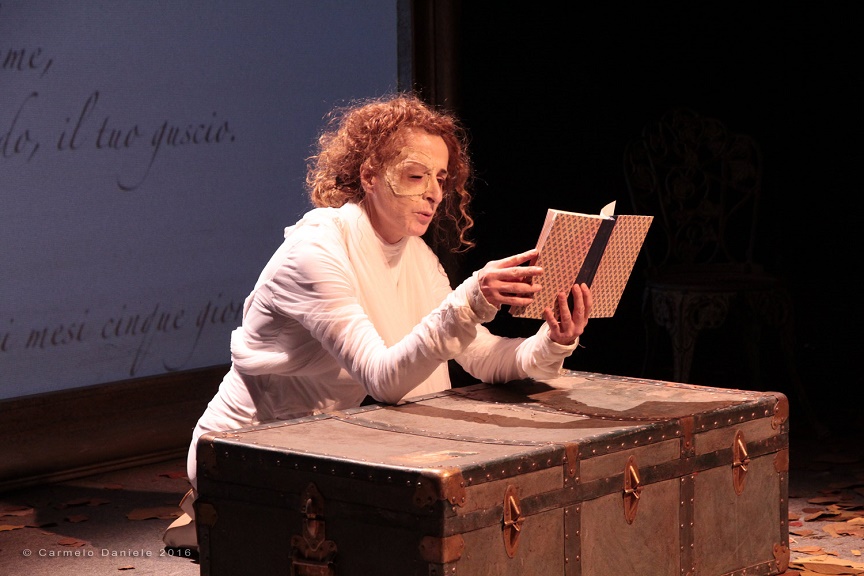